On a steamy Saturday afternoon in The Bronx, the Yankees and White Sox turned up the temperature even more.

Josh Donaldson and Tim Anderson reignited their feud, eventually leading to the benches and bullpens clearing, as the teams traded barbs and runs before the Yankees came out on top with a 7-5 win.

Even after the Yankees (29-10) took a 5-0 lead in the second inning, the game turned tight but they did enough to take the series opener over the White Sox (19-20).

Clay Holmes locked down the save by pitching the final 1 ¹/₃ innings. It was his second straight save in as many opportunities for the Yankees, with Aroldis Chapman not having pitched since giving up a run in four straight games.

Tempers flared in the fifth inning. As Donaldson walked to the plate, catcher Yasmani Grandal appeared to say something to him that led to an extended conversation between the two. Anderson, who had chirped with Donaldson in the third inning and last weekend in Chicago, soon ran in from his post at shortstop before the benches and bullpens cleared. The teams got face-to-face behind the plate, but the only action was Anderson getting dragged away from the scene by his teammates. 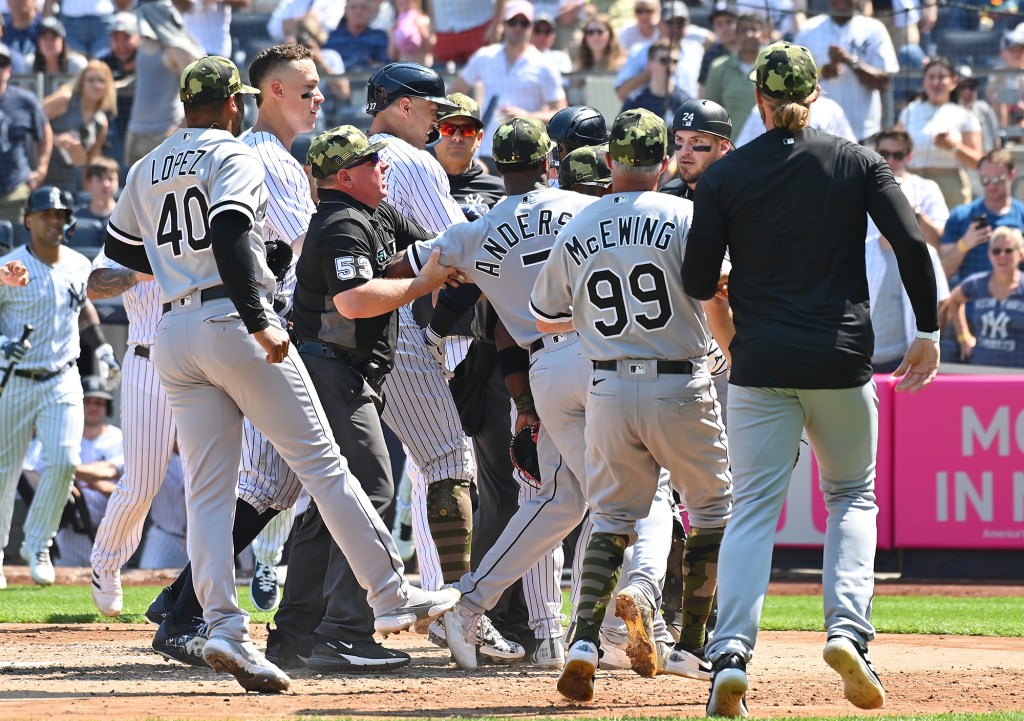 Benches clear during the Yankees-White Sox game. Robert Sabo for the NY POST 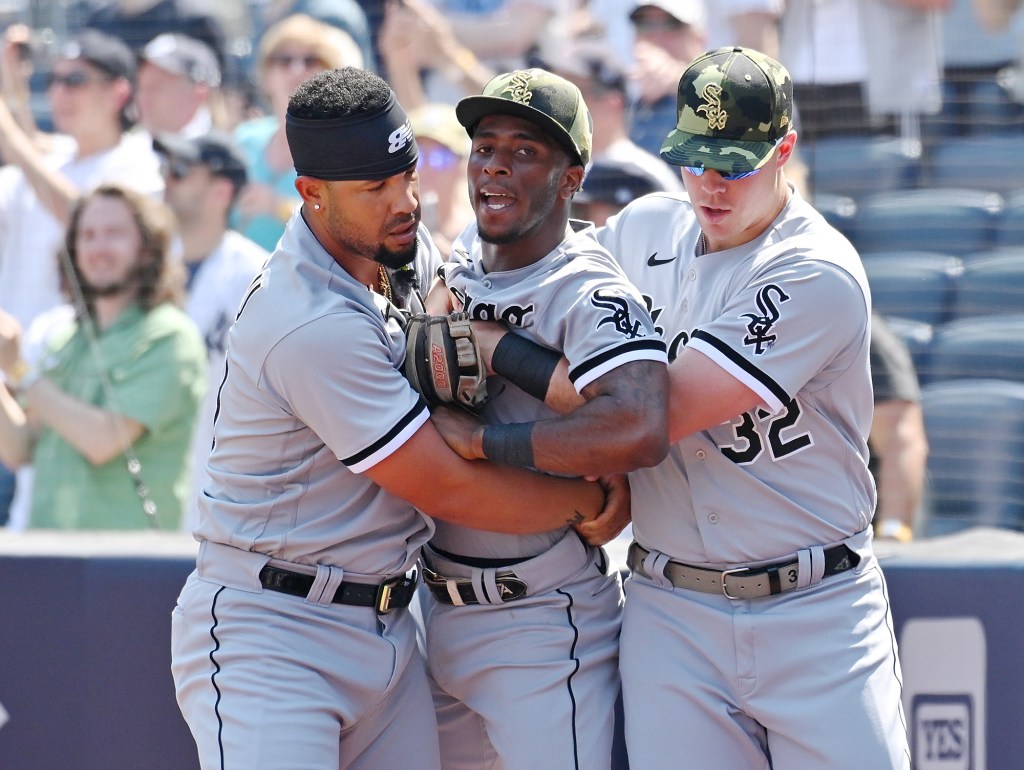 Tim Anderson is restrained by teammates. Robert Sabo for the NY POST

The raised tensions led to umpires issuing warnings to both dugouts.

After Nestor Cortes cruised through eight innings of one-run ball against the White Sox last Sunday in Chicago, they made him labor on Saturday. The lefty needed 69 pitches just to get through three innings and finished by giving up three runs over five innings while striking out seven.

The Yankees jumped out in front in the second inning off lefty Dallas Kuechel. With runners on first and second, Isiah Kiner-Falefa lined a single past diving first baseman Andrew Vaughn for the 1-0 lead.

Then with two outs, Kuechel walked No. 9 hitter Aaron Hicks to load the bases, and DJ LeMahieu made him pay for it.

LeMahieu, who reached 10 years of major league service time on Saturday, celebrated by cracking a grand slam to the short porch in right field to put the Yankees up 5-0. 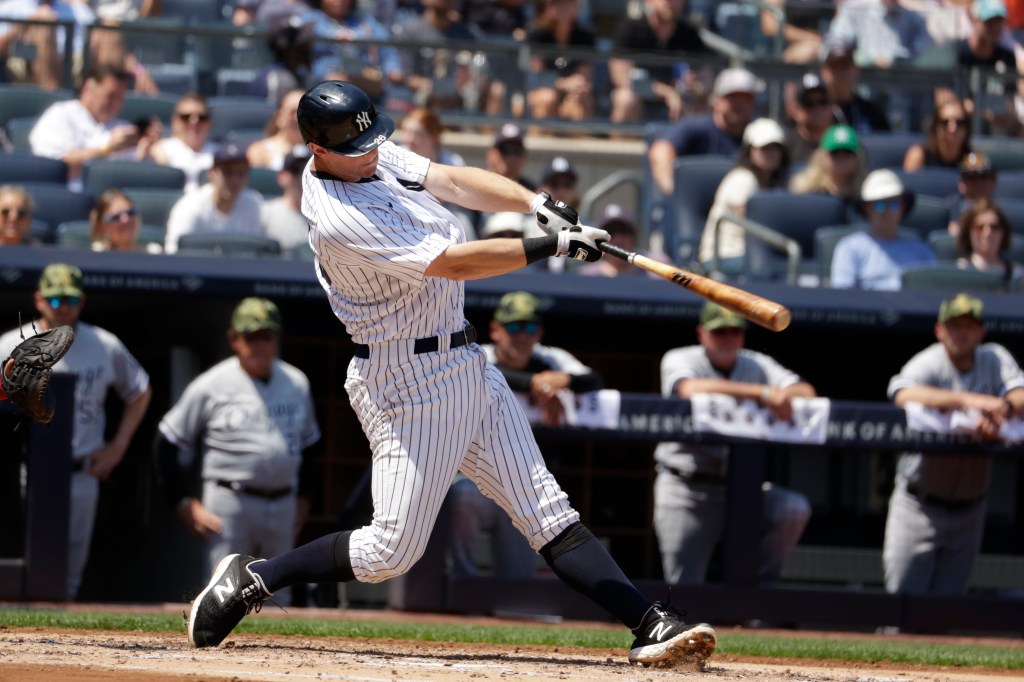 DJ LeMahieu crushes a grand slam in the second inning. Corey Sipkin for the NY POST

But the White Sox cut into the lead the next half-inning, as Cortes gave up back-to-back one-out singles before Jose Abreu crushed a three-run home run to left field. It marked the first time this season Cortes has given up more than two runs in a game.

The Yankees tacked on another run in the third inning thanks to a leadoff walk by Anthony Rizzo. He advanced to third on a single by Giancarlo Stanton and then came home to score for the 6-3 lead when Donaldson beat out a double play.

When the final out of the inning was made, Donaldson was rounding second base but quickly stopped to talk with Anderson. A week removed from a dust-up between the two in Chicago, set off by Donaldson appearing to push Anderson off the bag during a pickoff attempt, the two jawed at each other before eventually going their separate ways. But it set the stage for the bigger confrontation in the fifth inning. 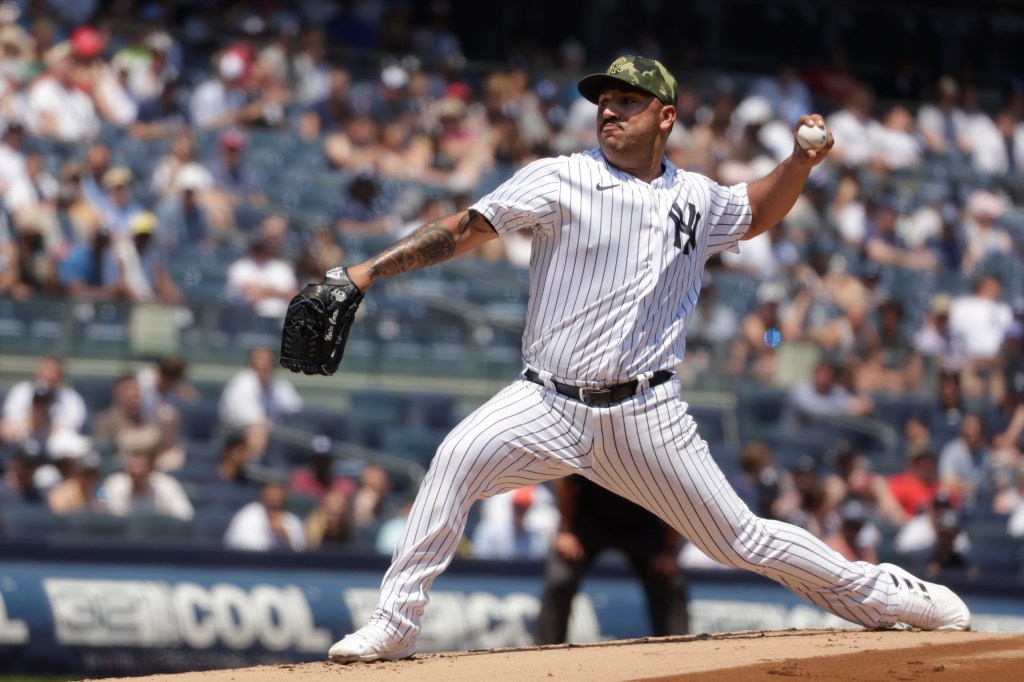 Nestor Cortes pitches Saturday in the Yankees’ win over the White Sox. Corey Sipkin for the NY POST

Michael King relieved Cortes to start the sixth inning and gave up a trio of doubles, allowing the White Sox to get within 6-5.

The Yankees got a run back in the bottom of the inning, taking advantage of a leadoff walk to Kyle Higashioka. Aaron Judge later beat out an infield single to load the bases with one out for Rizzo, who lifted a sacrifice fly to make it a 7-5 lead.

Jonathan Loaisiga allowed the first two batters to reach in the seventh inning but came back to strike out the next three to escape the jam. Rangers offense open to taking more risks ‘to a...