If the Yankees roared back in their pair of comeback wins over the Astros, then Monday night looked more like they scratched and clawed — a slow burn of a victory to go alongside so many exclamation marks.

Well, at least a slow burn by their standards.

After going down by four runs in the third inning, the Bombers worked their way back and capitalized on a series of Oakland mistakes to complete a 9-5 win over the Athletics in Monday’s series opener, their 23rd come-from-behind victory of the season and their fourth straight of that variety.

When the comeback reached a crescendo in the seventh, it was not by dint of a home run, but by a pair of catcher’s interference calls on Sean Murphy that let the Yankees back into the game. The Yankees’ first hit of the inning came on Josh Donaldson’s two-run double — which handed them a 6-5 lead. 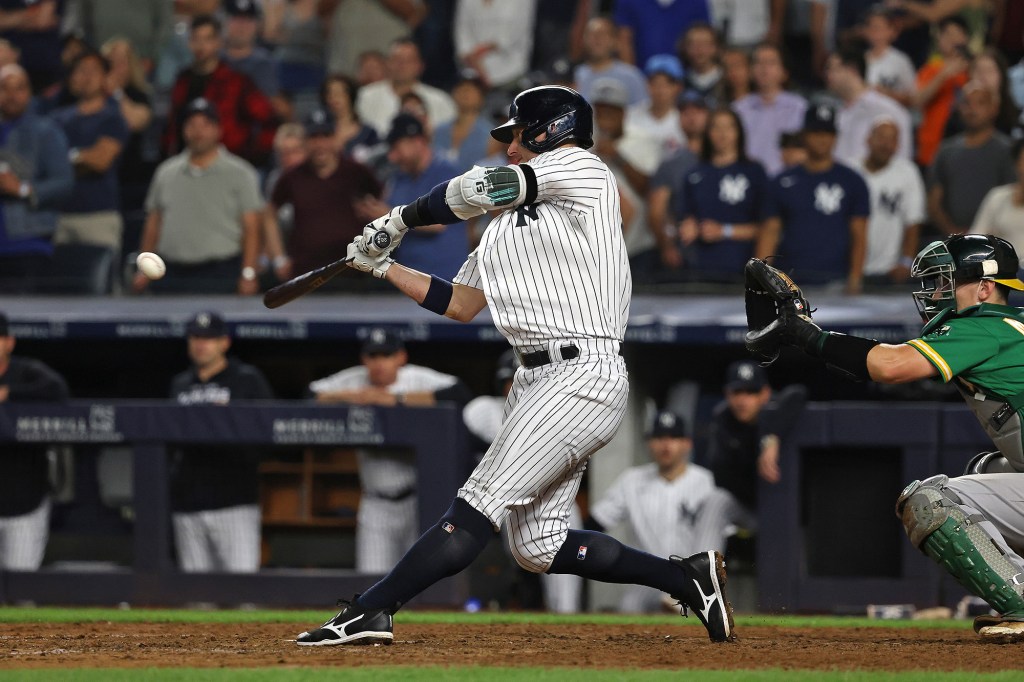 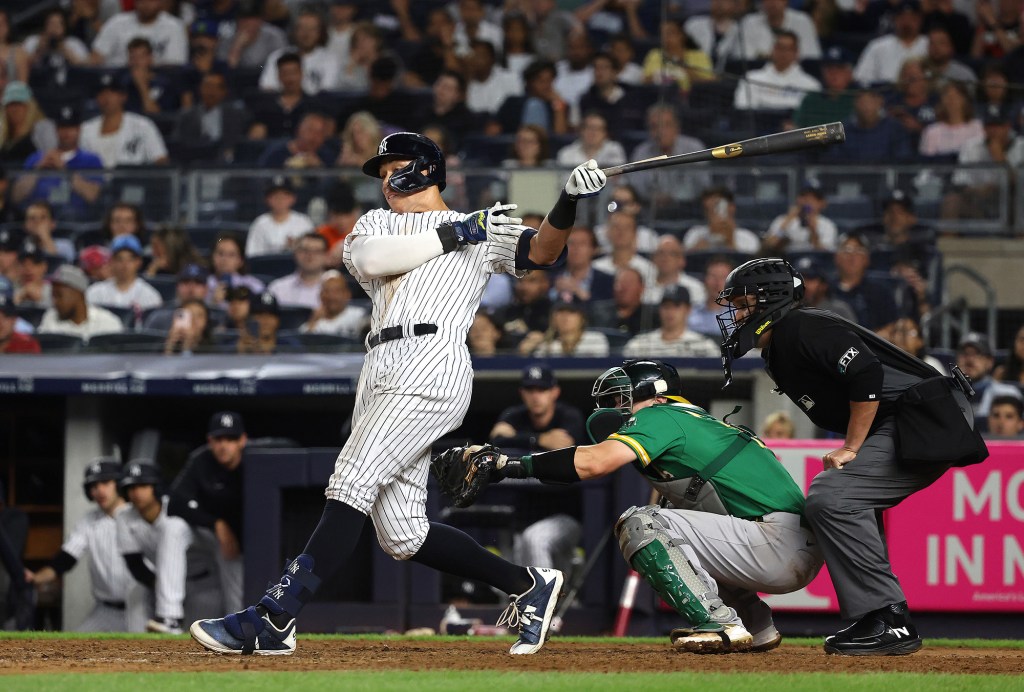 Donaldson, along with Giancarlo Stanton, came around to score on Jose Trevino’s double, which made it 8-5 and put a bow on Oakland’s collapse. By the time Trevino himself had scored on a Marwin Gonzalez single, the linescore for the seventh looked like this: six runs, three hits and two errors. That’s not quite how you draw it up, but they all count the same.

A five-run third inning for Jordan Montgomery looked as if it would be the Yankees’ downfall, as the A’s batted around, the bulk of the scoring coming on Elvis Andrus’ bases-clearing, three-run double. Andrus himself would score when Sheldon Neuse singled him in one batter later.

Montgomery eventually worked out of the jam and plowed onwards, saving the Yankees’ bullpen from a long night with 6 ²/₃ innings, six strikeouts and no blemishes outside of the third inning. His eventual steadiness also set the stage for the comeback. 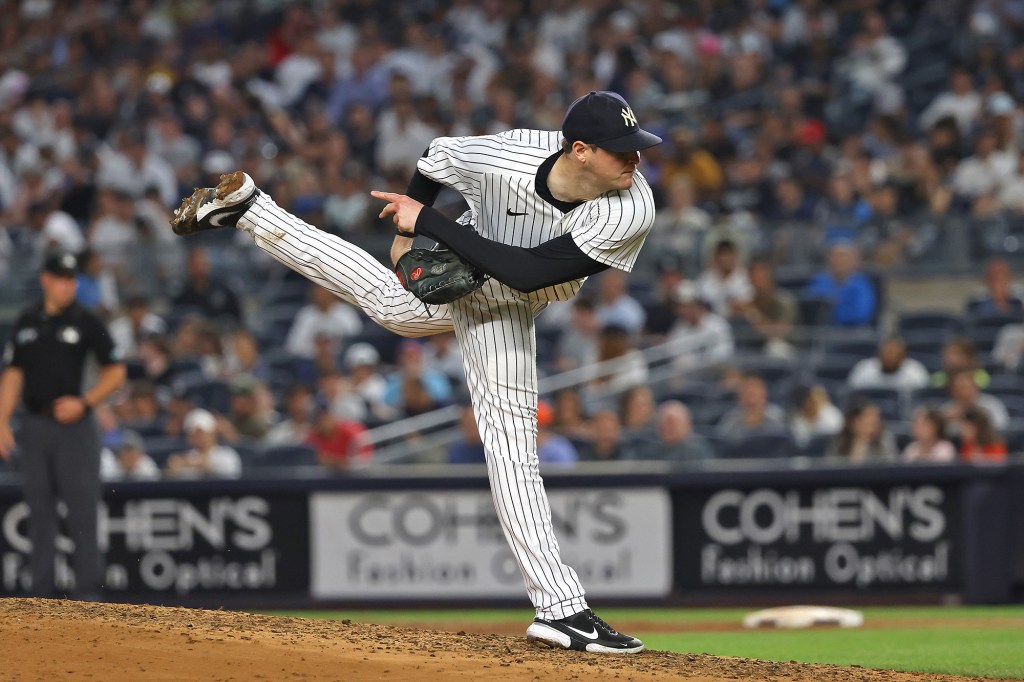 That began with Stanton homering in the fourth and Aaron Judge hitting an RBI single to score LeMahieu in the fifth. The Yankees’ first run had come on an Anthony Rizzo solo shot in the first inning, his 20th of the season, though he eventually left the game after taking a pitch to the right elbow and ribs. The rest of the scoring came in the seventh — all six after what looked to be an inning-ending double play from Judge was ruled catcher’s interference.

And so, after a split series against the Astros where two feel-good wins overshadowed what could have been made into a damper weekend, the Yankees avoided the questions that began to creep into the mind midway through Monday night.

Instead of dropping three of four games for the first time since May 22-23, the Yankees remain a steady ship with their second straight victory and a 54-20 record that invites no question other than how many days remain until October.