There have been few positives to draw from a lost weekend for the Yankees, but Gio Urshela’s improvement at the plate has been one aspect the skidding team can feel good about heading into the final 12 games of the regular season.

Urshela, who was shifted to shortstop this past week, continued his recent offensive resurgence Sunday, accounting for the Yanks’ lone run with a solo home run in an 11-1 loss to Cleveland at the Stadium.

Urshela has mashed two homers in his past five games and he’s hitting .333 (9-for-27) with a .950 OPS over his last eight appearances since Sept. 12. He previously had collected just four hits in 39 at-bats (.103) in his first dozen games after missing more than three weeks in August with a hamstring injury.

“We’re getting the rhythm of the game. I feel much better every day, and that’s what I’m trying to do, and that’s how I have to keep it,” Urshela said after the game. “At shortstop, I’m thinking the same way. I know I’m playing more shortstop now and I like to play there.”

Aaron Boone decided to move Urshela from third base to short last week to replace struggling Gleyber Torres, who has been shifted to second base. Urshela has not committed an error in his first seven games (six starts) since the position switch. 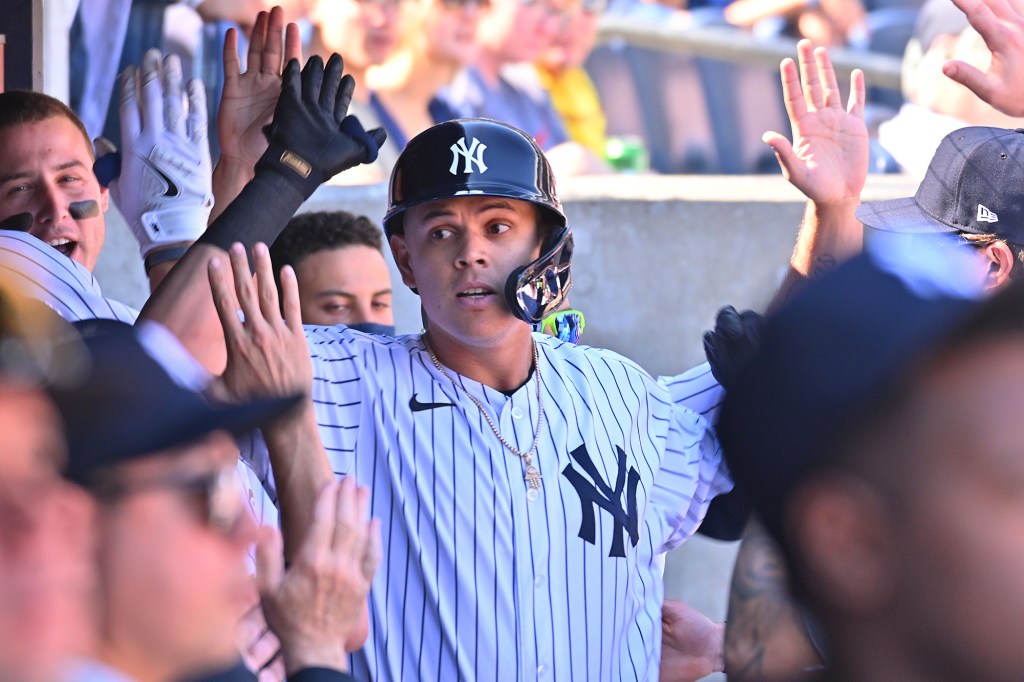 Joey Gallo (neck tightness) was out of Sunday’s starting lineup and didn’t play in the blowout loss, but Boone said before the game that the lefty slugger was expected to take swings in the batting cage and “to be an available player” off the bench.

Pitching coach Matt Blake said Jonathan Loaisiga (shoulder) threw off flat ground for the third straight day, and he will do so for three more days beginning Tuesday with a bullpen session possible at the end of the week. … Miguel Andujar (wrist) began a Triple-A rehab assignment on Sunday and went 1-for-2 with a walk and an RBI. … Clarke Schmidt was optioned to SWB after the game.

yankees about urshela resurgence
Read The Rest at
nypost.com Noah Syndergaard could be pitching for the Mets...