BALTIMORE — If the Yankees are going to complete their season turnaround and actually make the playoffs, they’ll have to finally beat up on the weak part of what remains of their schedule.

They failed to do that when the Orioles visited The Bronx earlier this month and took two of three.

Things returned a bit more to normal in the Yankees’ 7-2 win over Baltimore to open a series on Tuesday, as Gerrit Cole gave up one run in five tough innings in his return from left hamstring tightness and the Yankees tied a season-high by hitting five homers.

Coupled with Toronto’s loss to the Rays, the Yankees moved back into a tie with the Blue Jays atop the wild-card standings.

“It’s a good way to start a series,’’ Cole said. “I don’t know if we’re thinking about [the final] stretch. It’s one series, one game at a time. It felt good to play a complete game: pitching, run prevention and score enough to have breathing room at the end.”

It came after their biggest comeback win of the season against the Twins on Monday in The Bronx. 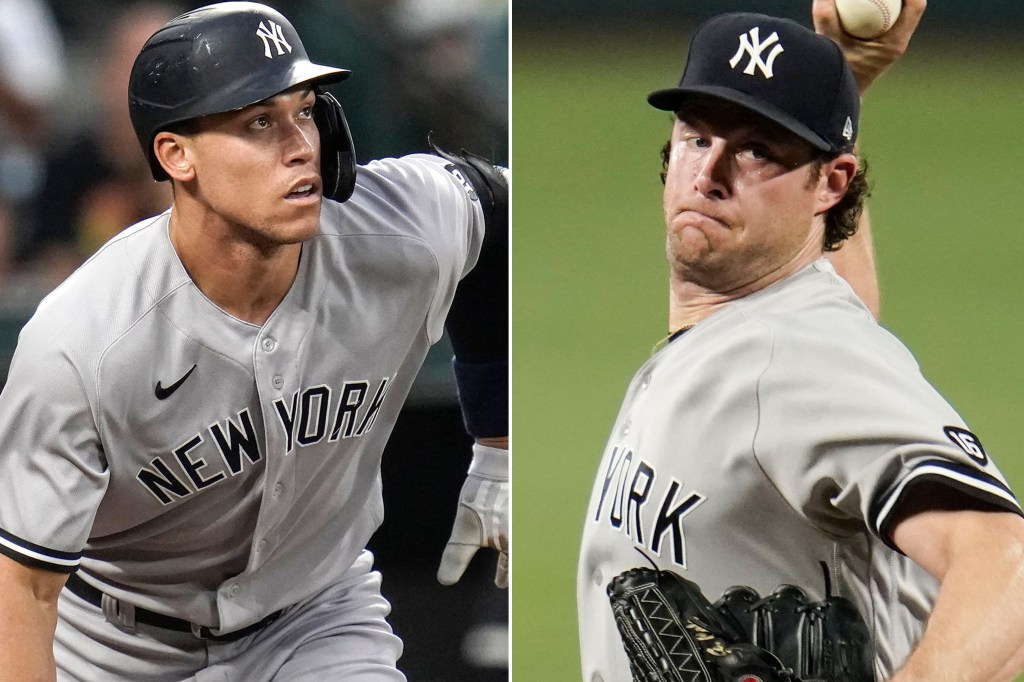 The Yankees, who beat the Orioles 19 straight games from April 2019 through last September, were just 9-7 against last-place Baltimore this season.

On Tuesday, they returned to knocking the Orioles around in front of a sparse crowd at Camden Yards, with Aaron Judge taking left-hander Alexander Wells deep after DJ LeMahieu led off the game with a base hit to center.

Cole wasn’t his sharpest in the bottom of the inning, when he gave up a leadoff double to Cedric Mullins and then consecutive two-out walks to Trey Mancini and Austin Hays to load the bases.

But he recovered to whiff Ramon Urias swinging to end the 29-pitch inning.

Giancarlo Stanton had a two-run homer in the third and Luke Voit followed with his 10th of the season, as the Yankees went back-to-back.

Cole settled in and retired nine in a row before Urias had a two-out single in the fourth.

Pat Valaika reached on a bloop single to lead off the bottom of the fifth. Cole got Kelvin Gutierrez to pop out and struck out Mullins, but Ryan Mountcastle’s double to left scored Valaika to make it 5-1.

After a walk to Anthony Santander and a visit from pitching coach Matt Blake, Cole got D.J. Stewart swinging with his 108th pitch of the night.

Michael King came on and got out of a jam after Gleyber Torres’ error helped put runners on first and second with no one out in the sixth, as Torres recovered to start a double play later in the inning. 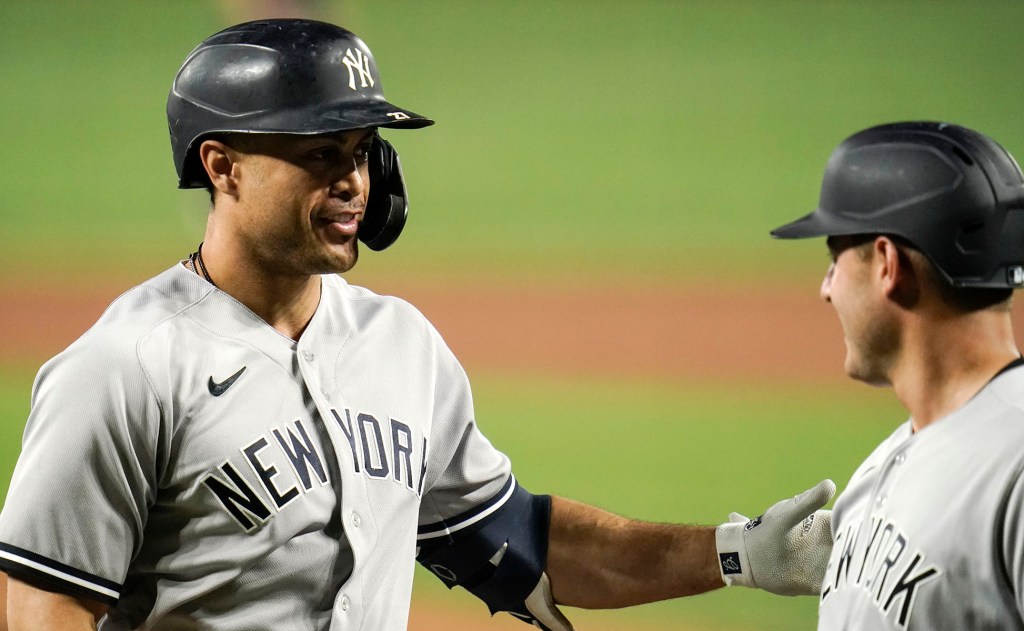 Giancarlo Stanton celebrate with Anthony Rizzo after hitting a two-run homer in the third inning of the Yankees’ 7-2 win over the Orioles.AP

Joey Gallo hit a long homer to lead off the eighth to extend the Yankees’ lead to 6-1 and LeMahieu added his 10th an inning later.

The insurance runs came in handy when Sal Romano, re-signed by the Yankees on Tuesday, pitched the ninth.

He allowed a one-out RBI single to Gutierrez and left the game with an apparent injury to his pitching hand. The Yankees — already leaning heavily on their pen of late — were forced to go to Aroldis Chapman, who got the final two outs.

“Every win is big,’’ manager Aaron Boone said. “This is the fun time of year. This is where you want to be: chasing October baseball. It was good to get the first one here, especially after they took two of three from us last week at our place.”

Even though they had to sweat it out on a humid night, Boone will take it. Sandy Alderson getting another Mets chance —...