Aroldis Chapman retired all three batters he faced, which was three more than the disastrous walk-fest in his first relief appearance upon returning from the injured list Saturday in Cleveland.

Chapman’s 1-2-3 eighth inning Wednesday night in Pittsburgh — featuring a fastball velocity back up a few ticks into the triple digits — was the most encouraging aspect for the Yankees to take out of their 5-2 loss to the Pirates at PNC Park.

“That’s more in line with what we’ve been seeing in his work, and hopefully that’s a big step for him kind of getting him moving,” Aaron Boone said. “But I thought it was really good actually, and hopefully one of the good things to come out of tonight.

“We’ll try to work him into where it makes the most sense, but if we can get that out of him, we’ll be in a good spot.”

Clay Holmes has taken over the closer role in Chapman’s absence, but the Yankees eventually would like the Cuban lefty to work himself back into their plans for high-leverage situations. 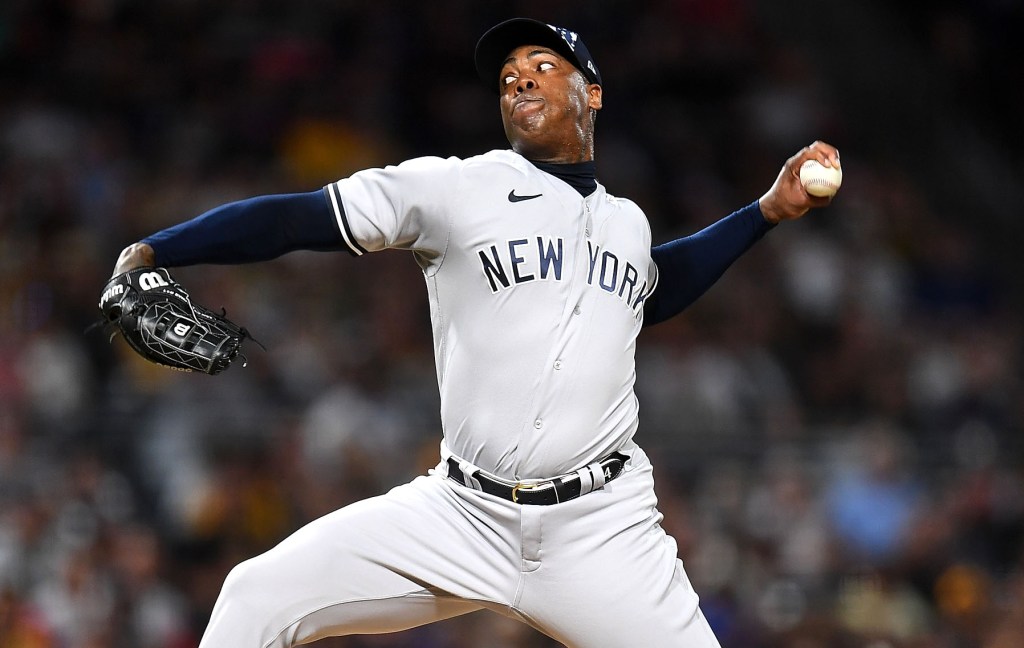 “That was big-time. I was excited to see that,” Aaron Judge said of Chapman’s outing. “It’s tough. I couldn’t imagine being a pitcher and having a bad outing and coming out the next time and not knowing what’s gonna happen.

“But he came out and did his stuff tonight. … We saw a couple of 100s and 101s, and if he can consistently do that and pound the zone, he’s gonna be another big piece in our bullpen.”

The displaced closer had walked all three batters he faced in the seventh inning of Saturday’s blowout win in the opener of a doubleheader sweep against the Guardians, his first appearance since May 22 due to a bout with Achilles tendinitis. Chapman specifically had no command of his fastball Saturday, throwing just one strike among eight offerings with that pitch.

But he threw five of his eight fastballs for strikes — and 7 of 11 pitches overall — in retiring Daniel Vogelbach (groundout), Michael Chavis (groundout) and Oneil Cruz (fly ball) in order Tuesday night.

“Nothing specific, just pitching, just executing pitches,” Chapman said through a translator. “Just the mentality of going out there and attacking from the [start].

“Obviously, the result was [better] today, different days, different results. But of course, when you go in there and get an inning like that, you know you’re gonna feel more confidence.”