Yankees’ Anthony Rizzo ‘should be’ good after getting hit on elbow Anthony Rizzo doesn’t expect to miss time after being removed from Monday’s game following a hit by pitch.

Rizzo, who was hit in the elbow during the seventh inning of the 9-5 win over the Athletics in The Bronx, initially stayed in the game but was removed in the eighth, as Matt Carpenter pinch hit.

“The whole arm just went dead there for a second,” Rizzo said. “I think when we just took the four-run lead there, just being smart. Going up to hit, I would’ve been fine to hit, but just being smart and getting on it right away definitely helped.”

The first baseman, who hit his 20th home run of the season to get the Yankees on the board in the first inning on Monday, has now been hit 11 times this season. He has led the majors in the category three times over his 12-year career.

“He got smoked pretty good in the elbow there,” Yankees manager Aaron Boone said. “Probably started to stiffen up on him. It was kinda like, let’s get him in, get some ice on it and try and nip this now.”

Boone was noncommittal on Rizzo’s status for Tuesday, but Rizzo himself said he “should be” good to go. 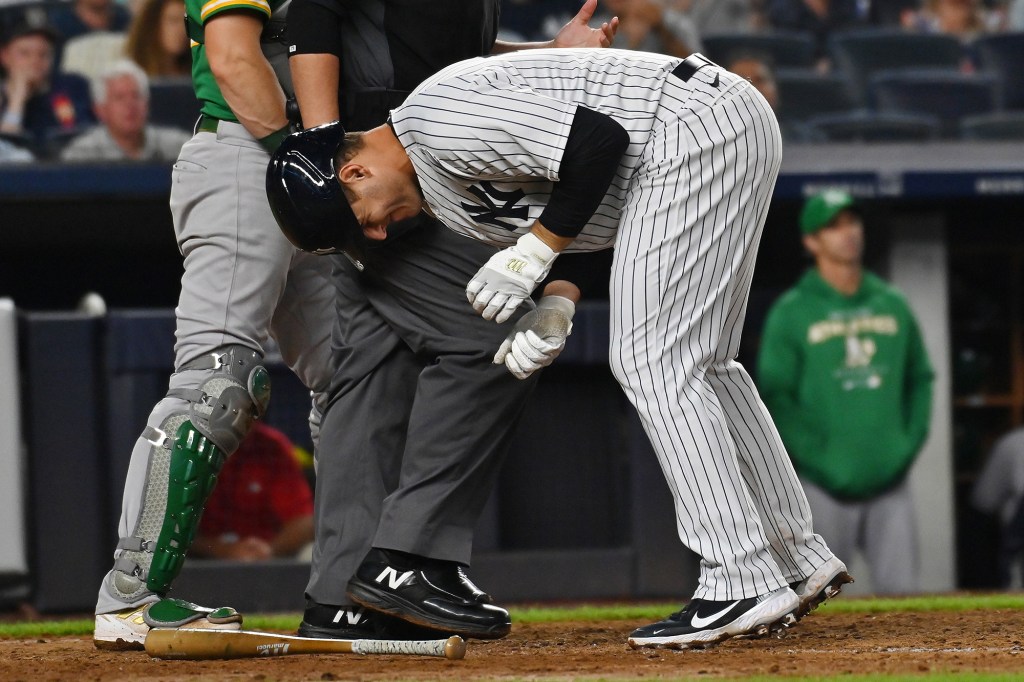 Anthony Rizzo is hit by a pitch on Monday Night.Robert Sabo

The Yankees will have to wait just a little bit longer before getting Aroldis Chapman back.

The left-hander will make one more rehab appearance at Triple-A Scranton/Wilkes-Barre on Tuesday before being activated as he works his way back from an Achilles injury, manager Aaron Boone said Monday.

“He threw eight pitches his first outing [at Double-A Somerset] and then 11 yesterday, and he was good,” Boone said. “I talked to him a little bit in there briefly. Feels good, feels fine.”

Chapman’s last big-league appearance was May 22, when he took a loss against the White Sox in the first game of a doubleheader. Since then, Clay Holmes has taken over the closer role, setting up what will be an interesting dynamic when Chapman does return.

Boone has said that when that does happen, his decision as to who pitches the ninth will be largely matchup dependent. Ultimately, it is a good problem for the Yankees to have. 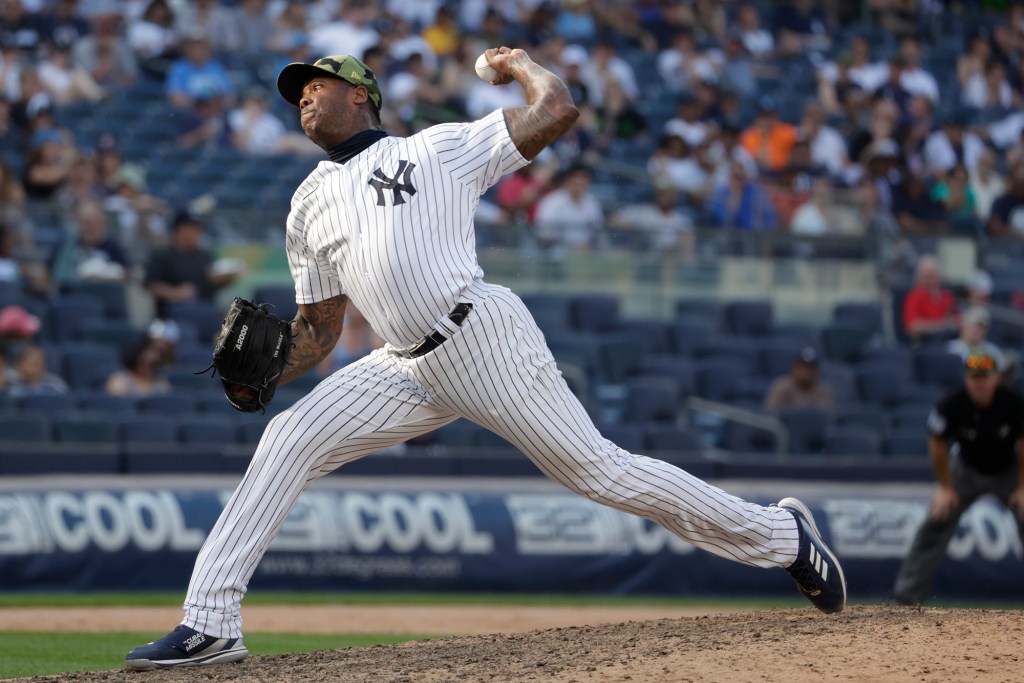 “Obviously wanna get Chappy in a good place delivery-wise, all that he’s capable of, get that and [we] have another back-end monster,” Boone said. “Hopefully [Jonathan Loaisiga] working his way back a couple weeks after that, so excited about it.”

After Gleyber Torres exited Sunday afternoon’s game with a rolled ankle, the Yankees took the opportunity to deal with a lingering issue in the infielder’s wrist. Torres underwent an MRI exam which revealed no structural issues, but uncovered some inflammation, for which he received a cortisone shot.

Boone said that will likely keep Torres out of the lineup on Monday and Tuesday, though he should be able to swing a bat again on Wednesday.

Isiah Kiner-Falefa had an X-ray on his right index finger that came back negative. Though he did not play Monday, he was available off the bench.

Boone added that he doesn’t expect to go with a six-man rotation again before the All-Star break.

yankees anthony rizzo should after getting elbow
Read The Rest at
nypost.com