SEATTLE — When Anthony Rizzo was scratched with lower-back tightness before Friday’s game in St. Louis, both he and Aaron Boone said they were confident it wasn’t as serious as the last time he missed time with the injury.

But he’s ended up missing more games this time around, as he was held out of the lineup for a fifth straight game on Tuesday.

Asked about the discrepancy, Boone said Tuesday before the Yankees’ 1-0, 13-inning loss to the Mariners: “Just being really cautious. … I think it just improved quicker last time. I don’t think it’s as bad.”

After Wednesday’s day game at T-Mobile Park, though, the Yankees will fly through the night to get to Boston, where they open a series on Friday against the Red Sox, so it remains to be seen how the back handles the travel. 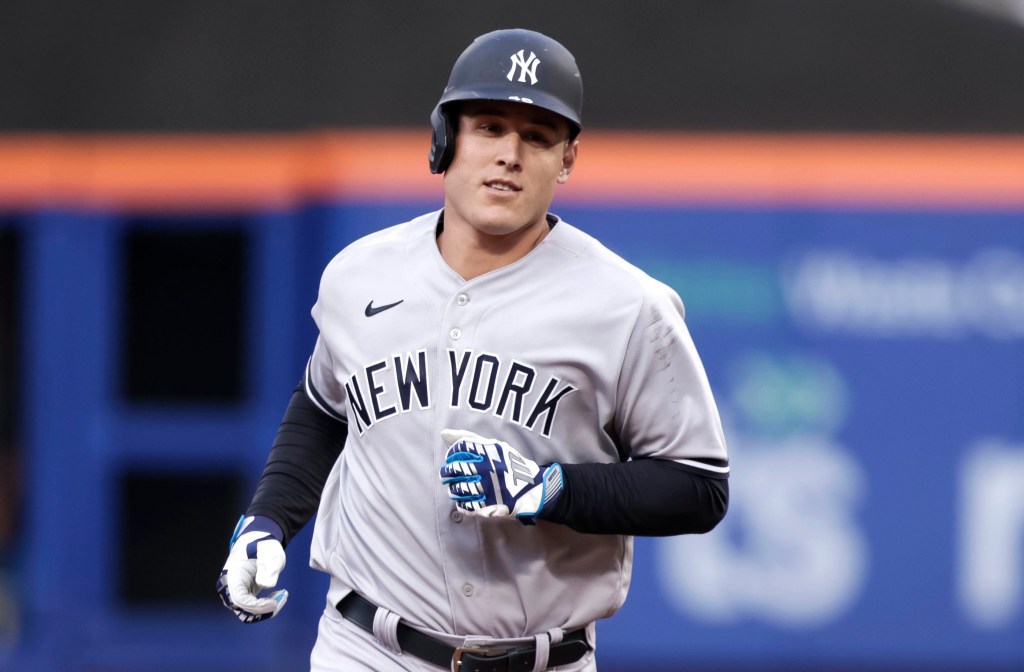 Giancarlo Stanton won’t be back for the upcoming series in Boston, according to Boone.

“He might be with us, but I don’t think he’ll be playing,’’ Boone said.

Stanton could also need some rehab at-bats before returning to the lineup after being out since July 23 with left Achilles tendinitis.

Maybe this latest Josh Donaldson stretch is sustainable, at least for the next couple of weeks. 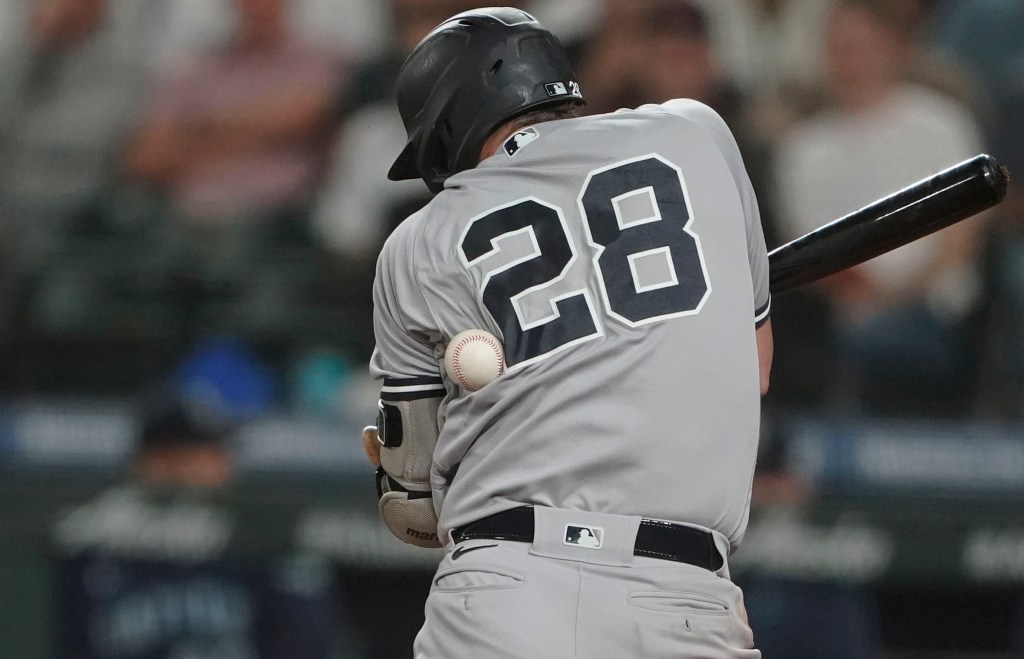 Josh Donaldson gets hit by a pitch during the Yankees’ loss.AP

The third baseman, who went 0-for-3 in the Yankees’ loss on Tuesday night, had a season-high four hits in Monday’s win over the Mariners, extending the hot streak he’s been on this month.

Since Aug. 1, Donaldson entered Tuesday 10-for-26 with four doubles, two homers and eight RBIs, along with four walks and eight strikeouts in his seven games in August.

Over the course of his career, Donaldson has hit better in August than any other month (.997 OPS).

He said Monday his swing has felt better over the last two weeks than it has all season, but his slugging percentage of .405 is the lowest of his career.

The 36-year-old dealt with a sore right shoulder earlier in the year, in what’s been arguably his least productive season as a major leaguer.

Closer Clay Holmes, who pitched a scoreless inning on Tuesday night, had allowed six runs in 2 ²/₃ innings in his previous three outings entering Tuesday, but his struggles extend back to July 12.

Before last night, the right-hander had appeared in nine games and given up 10 earned runs in 8 ¹/₃ innings on 11 hits, eight walks and four hit by pitches.

He’s also allowed at least one base runner in each of those outings.

Boone said he was committed to using Holmes on Monday, since he hadn’t pitched since Friday. And Monday’s outing was just Holmes’ second in over a week.

But the Yankees are also making sure not to overwork Holmes, who pitched a career-high 70 innings last season and is at 47 ²/₃ innings so far this season.

It was unrealistic to expect Holmes to maintain the numbers he put up in the first half, but the Yankees are also trying to come up with the best way to use the right-hander, now that they’ve added right-handers Scott Effross and Lou Trivino and with Aroldis Chapman in the midst of his best stretch since the opening month of the season.