The first divorcee to become Queen Consort certainly had a life before the throne.

Fans of the royal family have been well-acquainted with the late Queen Elizabeth II’s grandchildren for decades.

But now that King Charles III is head of state, there are a few other royal offspring moving into the spotlight.

His wife Camilla’s two children from her first marriage, Laura Lopes and Tom Parker Bowles, made a surprise showing at Elizabeth’s state funeral on Sept. 19.

The royal family gathered at Westminster Abbey on Monday for the funeral service of the monarch, following her passing at the age of 96 on Sept. 8.

Prince William and Prince Harry’s stepsister and stepbrother are the children of Camilla, 75, and her ex-husband Andrew Parker Bowles.

The former Duchess of Cornwall was married to the retired British Army officer, 82, from 1973 until 1995.

Tom, 45, has two children with his wife, Sara. He’s known in the UK as a food writer and critic, having authored several cookbooks and his work has been featured in publications such as GQ, Esquire and The Mail on Sunday. 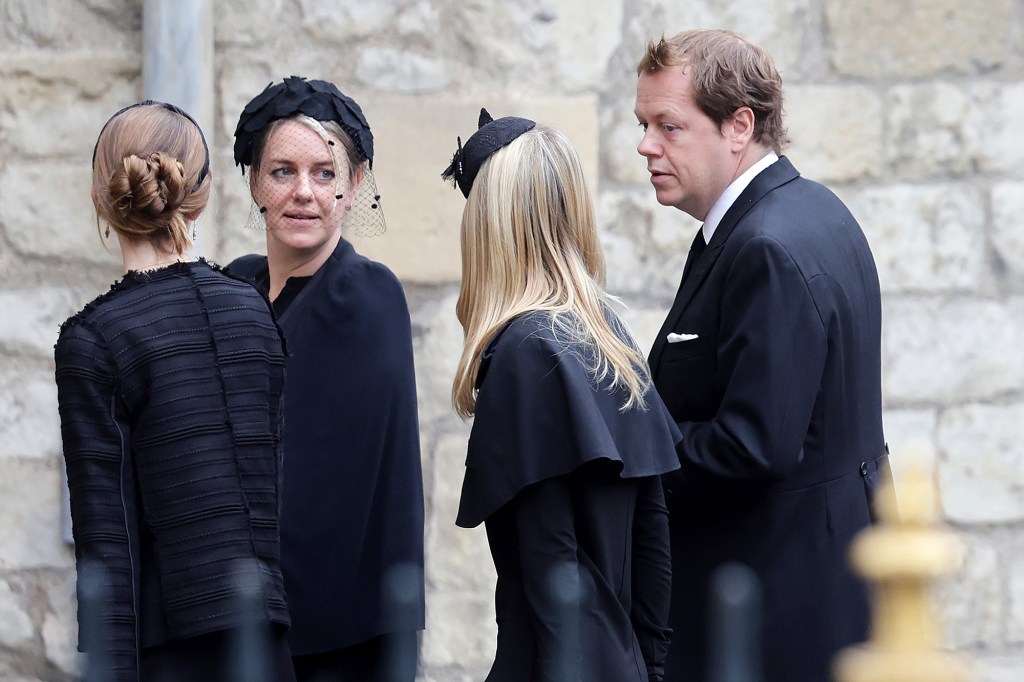 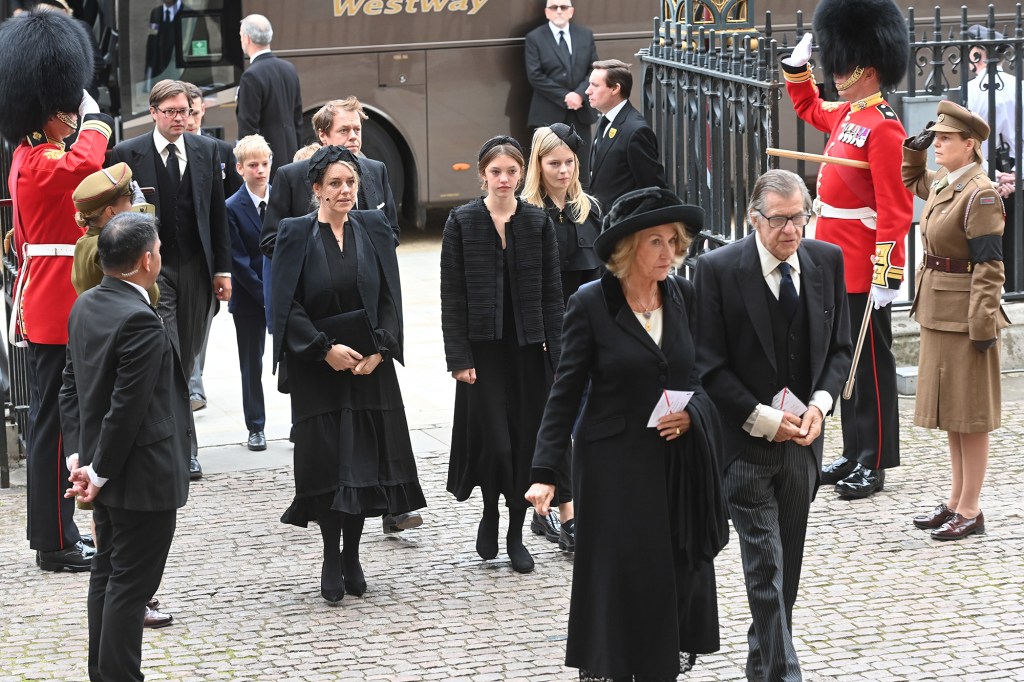 Laura Lopes and her children arrive for the state funeral of Queen Elizabeth II at Westminster Abbey on Sept. 19 in London, England.Getty Images

Meanwhile, Lopes, 44, is the mother of three children with husband Harry Lopes, an accountant. Her work as an English art curator took off at London’s The Space Gallery, and founded the Eleven Gallery in 2005.

The Prince of Wales, 40, and the Invictus Games founder, 38, were guests at her wedding in 2006. Her gown was designed by Anna Valentine, who also dressed Camilla during her controversial nuptials to then Prince Charles in 2005.

Lopes later attended both of Harry and Williams’ weddings to their respective wives, Meghan Markle and Kate Middleton. Her daughter, Eliza, was a bridesmaid at William and Kate’s nuptials in 2011 when she was just four-years-old. 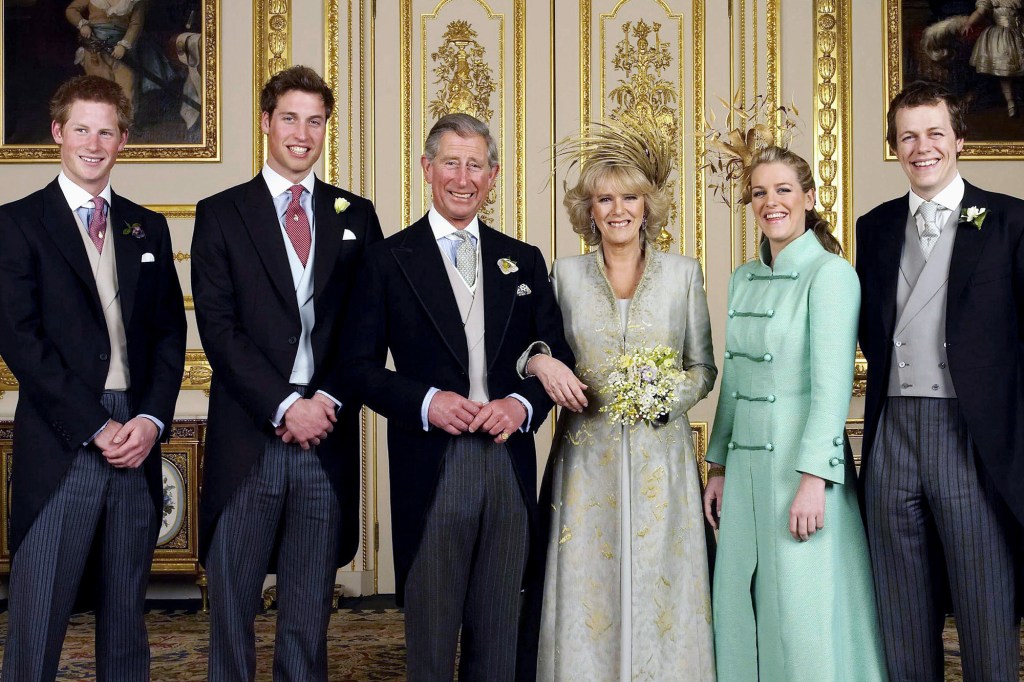 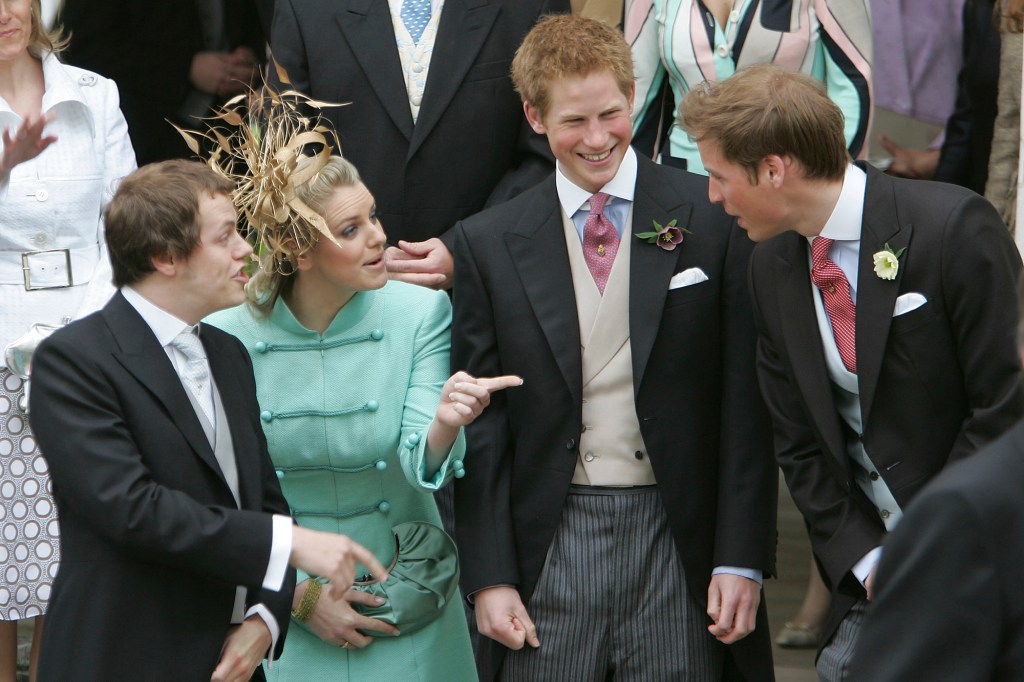 Princes William and Harry have a laugh with step-siblings Laura Lopes and Tom Parker Bowles following the wedding ceremony of Prince Charles and Camilla.Getty Images

However, neither of Camilla’s children will receive royal titles now that she is Queen Consort.

“Tom and Laura will remain exactly as they are, their names won’t change,” Joe Little, managing editor of Majesty magazine, told Page Six on Sept. 9.

Furthermore, the two will not automatically receive security from Scotland Yard royal protection officers, who look after senior members of the Firm.

Said Little, “If they haven’t needed security up until now, they won’t get it when the reign changes — unless it’s needed. But as a matter of course, they will not get security.”

“They are both relatively low-key, considering their connections, and that’s how they like it,” he added. “They value their privacy. They normally would be very much in the background.”