Will Smith may have slapped Chris Rock at the Oscars, but, ultimately, it’s his own public image that has taken a hit.

Data outlining Q Scores, which measure celebrities’ star power and appeal, shows that Smith’s numbers greatly declined in the months following his actions that led to his resignation from the academy, Variety reported on Thursday.

Before the slap, the 53-year-old “Pursuit of Happyness” star usually ranked in the top five or 10 of America’s most positively rated actors in the surveys, which are conducted every January and July. That put him up against good company, including popular actors like Tom Hanks and Denzel Washington, according to Variety.

However, Smith’s positive Q Score plummeted from 39 in January to a staggering 24 in July, which is characterized as “a very significant and precipitous decline” by Henry Schafer, the executive vice president of Q Scores.

A positive Q Score of 24 means that 24% of the 1,800 Americans polled — age 6 and up —cite him as one of their favorite personalities. 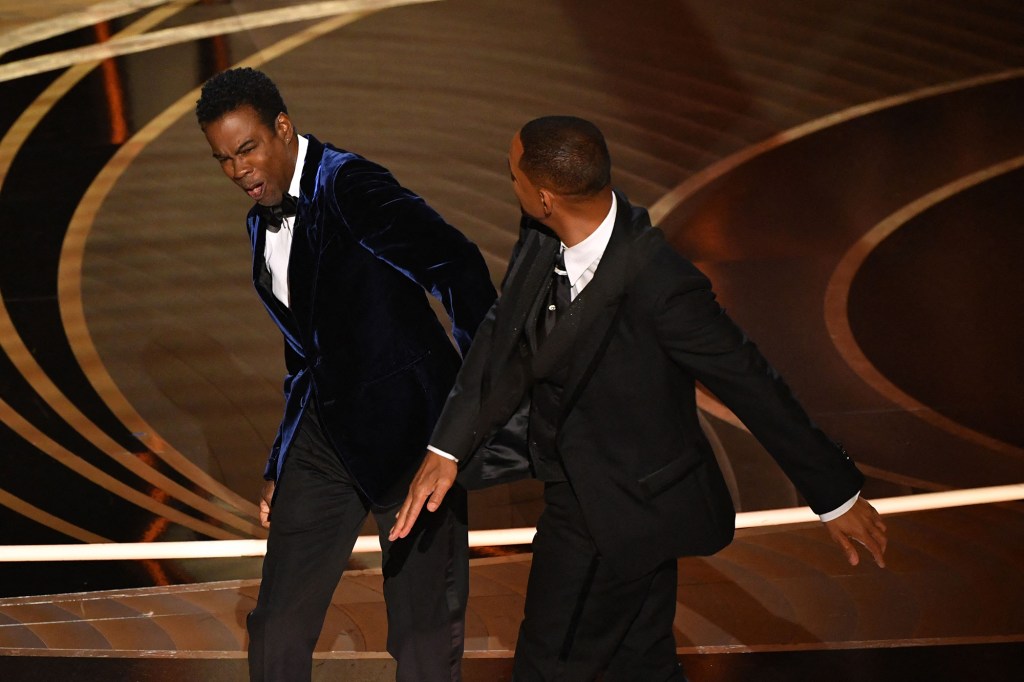 Will Smith slapped Chris Rock onstage during the 94th Oscars on March 27.
AFP via Getty Images

At the same time, Smith’s negative Q Score more than doubled to 26 from less than 10.

The average negative Q Score, according to Schafer, is about 16 or 17.

Participants didn’t keep Jada Pinkett Smith’s name — to borrow a phrase from her husband — out of their “f–king mouths,” either. His 50-year-old wife’s positive score was already low at 13, reported Variety, and it fell to 6 after her husband confronted Rock for comparing her bald head to “G.I. Jane,” a character played by Demi Moore in the 1997 war flick. 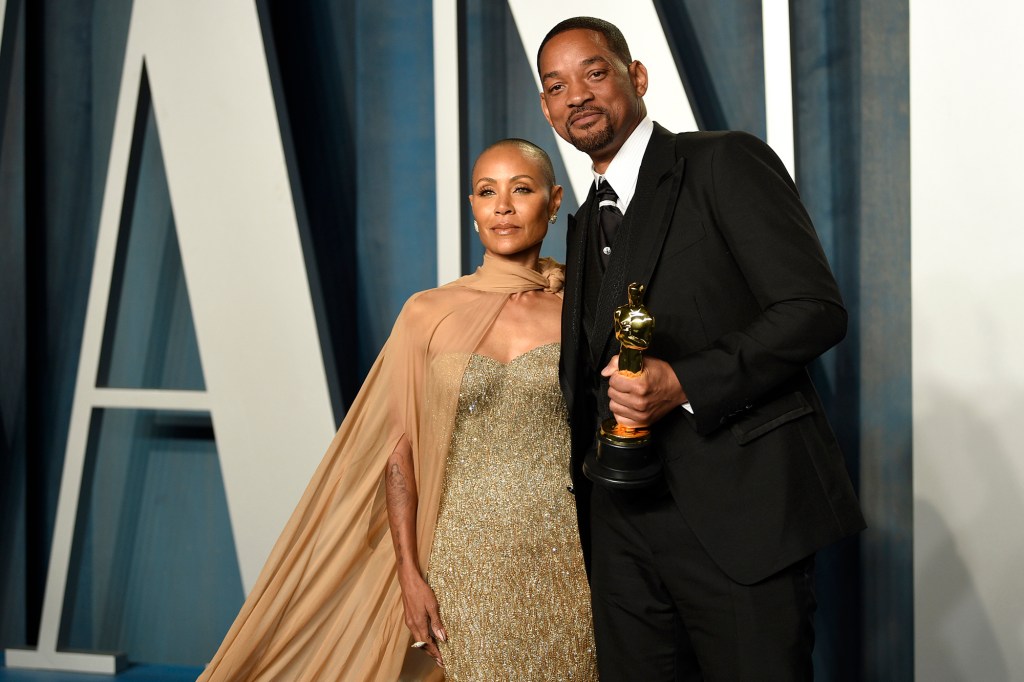 Despite his shocking dustup with Chris Rock, actor Will Smith — shown with his wife, Jada Pinkett Smith — was awarded the Best Actor Oscar at this year’s awards ceremony.Evan Agostini/Invision/AP

Rock’s scores, though, did not change after the incident: His positive number stayed at 20, while his negative score remained at 14.

However, the 57-year-old comic’s ranking on a separate Q Scores scale that gauges a celebrity’s level of public awareness jumped from 66 to 84.

Smith publicly apologized to Rock in a tearful YouTube video in July, but claimed that he was told the “Everybody Hates Chris” star is “not ready to talk” with Smith one-on-one. 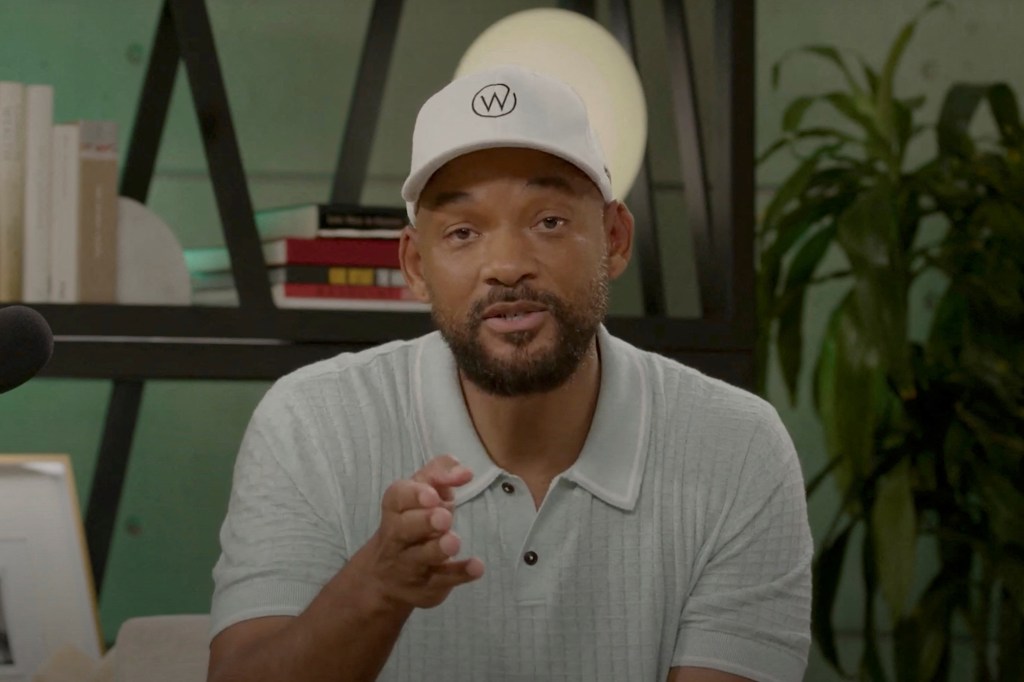 Will Smith publicly apologized to Chris Rock in a YouTube video at the end of July. via REUTERS

“I see my whole family as being human, and I love and accept them for all their humanness,” the “Maybe It’s My Fault” singer said.