It may seem as if this has happened overnight, but that is not quite accurate. At long last, the Devils have become equal to their parts — and perhaps even greater. Talent is playing up to its elite level.

What is even more impressive — and, quite frankly, unanticipated from this corner — is the structure with which the Devils have played under this coaching staff, led by Lindy Ruff, whose recent teams have been notoriously bad both in their own end and attempting to escape it.

Not these Devils, who are playing with confidence enhanced by goaltenders who can make more than the routine save that had eluded a handful of their netminders over the last couple of years. The puck moves quickly. The 200-foot pace is fast.

The most impressive feature of the Devils’ 3-2 overtime victory in Toronto on Thursday was their ability to defend at even strength and kill off a pair penalties in the third period before the home team tied it late … and before Yegor Sharangovich pounced to win it in extra time. That win preceded their 5-1 victory Saturday in Ottawa, which extended the Devils’ heater to 12 straight, one shy of the franchise’s all-time record winning streak, established in 2000-01.

Jack Hughes is the most compelling player in the New York City area and will join Auston Matthews and Jack Eichel down the stacked middle for Team USA whenever the next best-on-best international event is held. There is the potential for magic every time Hughes takes a shift. He is can’t-miss appointment viewing. 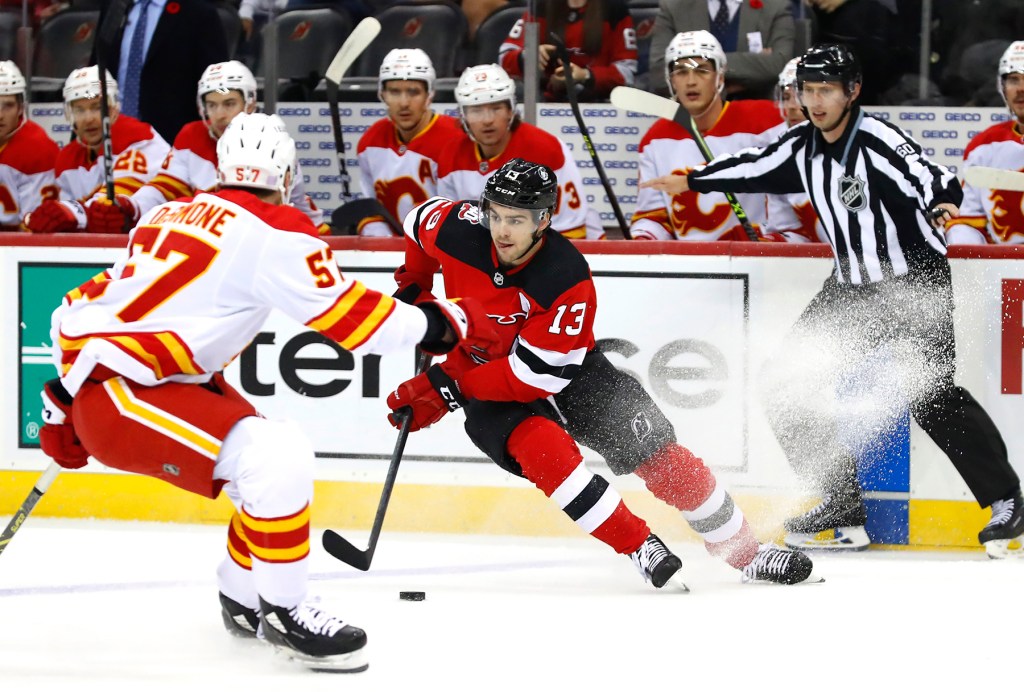 Nico Hischier handles the puck against the Flames on Nov. 8, 2022.AP

The 21-year-old is the cherry on top of a pretty deep group that has one of the league’s most underappreciated players in Nico Hischier, whose consistent work on both sides of the puck has been exemplary since his first-overall selection in 2017, ahead of Nolan Patrick.

(Yes, there was some debate, perhaps slightly more than there was two years later when the Devils had to choose between Hughes and the fast-rising, World Championship-dominating Kaapo Kakko.)

The issue with Hischier is and has always been maintaining his health. The Swiss had missed 71 of 289 games — just under 25 percent — over the previous four seasons after going 82-for-82 in his rookie 2017-18 season. The 23-year-old is too important for the team to lose for an extended period.

There’s size and speed and defensive awareness through the forward group of this team that doesn’t seem to have any issues with Dougie Hamilton enjoying museums. The defense is mobile. The last two first-rounders, both defensemen — Luke Hughes at fourth overall in 2021 and Simon Nemec at second overall in 2022 — are on their way.

It has been a while.

It is nice to have them back.

A team gains the offensive zone on an entry that will be subject to a coach’s challenge for offside, but proceeds in real time without a whistle. The defensive team gains control of the puck, but is unable to clear. An exchange or two of possession ensues before the offensive team scores a goal around 45 seconds after the initial entry.

Under current rules, the scored-upon team issues a challenge after taking whatever time is allotted by the officiating crew. Three minutes later, offside is confirmed. The goal is taken off the board, those 45 seconds are expunged and added to the game clock even as those in attendance have wasted about five minutes they will never get back.

New rule: The NHL should institute the delayed-penalty approach to continuation plays on offside challenges. Once the defending team gets possession of the puck, the opportunity for a review would end and everyone in the rink would be better off for it.

Just when I was thinking that the Bruins had completely missed it with their reverse retro design by not going back to their football-styled numbered sweater popularized by Milt Schmidt and his ilk, along come the Blues with what seems to have been a Team Sweden-inspired yellowish and blue uniform that is as aesthetically pleasing an outfit as has been introduced in years.

Those all-green Minnesota North Wild outfits are not too shabby, either. 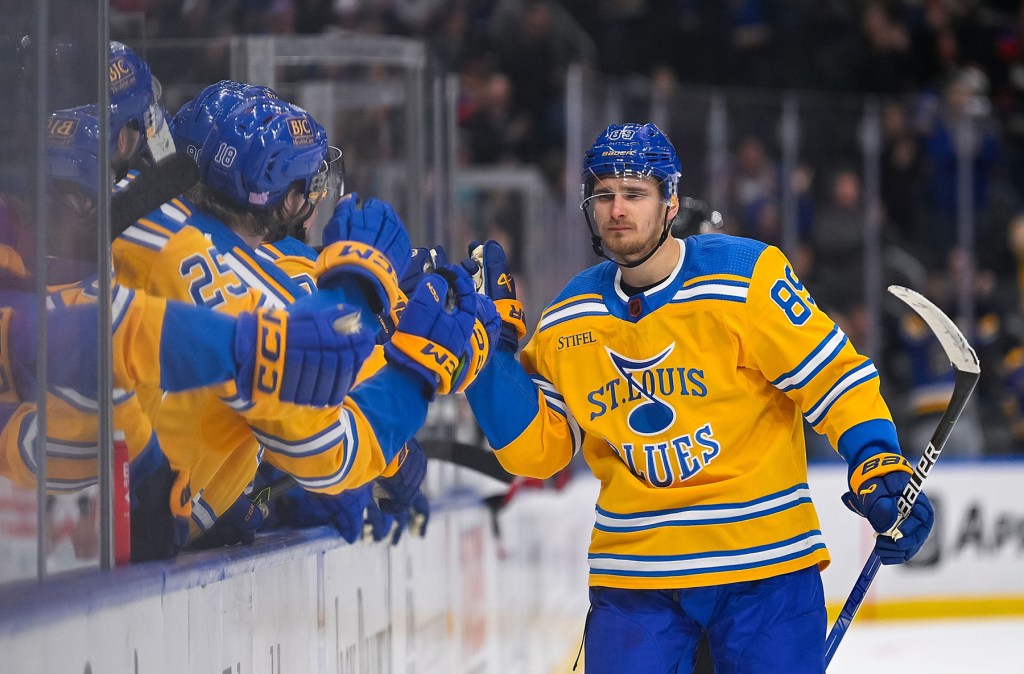 Former Ranger Pavel Buchnevich celebrates scoring in a shootout against the Capitals on Nov. 17, 2022.Getty Images

Phil Kessel, the laconic hotdog muncher himself, holding the NHL iron-man mark at a cool 1,000 games and counting as his Golden Knights enter the weekend, has to be the most incongruous holder of any mainstream sport’s record.

This would be tantamount to Jose Altuve, at 5-foot-6 and 150 pounds, holding the Major League Baseball record, not only for career home runs, but also for the all-time longest clout.

Kessel in the Hockey Hall of Fame? You never know with the secret committee and its absence of transparency, but here’s a virtual yea on No. 81’s long and winding road of a candidacy.

That Alexander Mogilny should have to wait at least one more year is inexplicable. And there is no real credible explanation for The Sedins and Daniel Alfredsson jumping the line on Patrik Elias.

If John Tavares’ career were to end today, he’s a no.

The most interesting Will-They-Or-Won’t-They Snub coming up pertains to Ilya Kovalchuk, who will become eligible for the Class of 2024.

So the Rangers had Vic Howe instead of Gordie, but how about the Devils of the 1980s who could have opened up a pizza chain called “Wrong Brothers,” with Rocky Trottier instead of Bryan, Aaron Broten instead of Neal (at that time) and Jeff Larmer instead of Steve as front men for the operation?

Of course, the 2005-06 Rangers could have opened a shop of their own, with Fedor Fedorov instead of Sergei and Marcel Hossa rather than Marian acting as proprietors. Claire Foy On Why The Set Of ‘Women Talking’... ‘EO’ Filmmakers On Why A Donkey Is Their Star:...