Gleyber Torres has been a Yankee since he arrived as the centerpiece of the deal that sent Aroldis Chapman to the Cubs prior to the 2016 trade deadline.

It proved to be the first of several uncharacteristic moves by the Yankees that July, when they were sellers instead of buyers. The Chapman trade was soon followed by the decision to ship Andrew Miller to Cleveland and Carlos Beltran to Texas for prospects.

Torres was the marquee minor league acquisition at that deadline along with Jackson (Clint) Frazier, who arrived from Cleveland and whose Yankees tenure was derailed by concussion issues and generally poor play before finishing last season with the Cubs’ Triple-A affiliate.

Now Torres’ future with the Yankees is uncertain. With the winter meetings set to begin Sunday in San Diego, Torres — who turns 26 later this month — might find himself on the move. 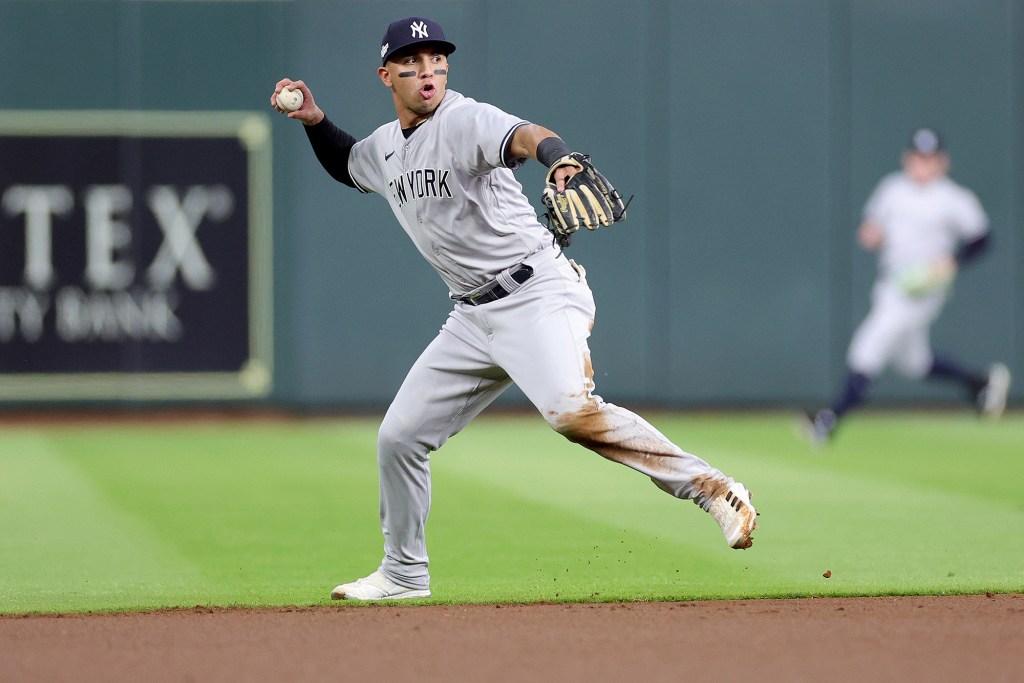 Oswald Peraza, who made a few cameos in the latter stages of 2022, is expected to get a chance to win a job in the Yankees middle infield for 2023, as is Anthony Volpe.Getty Images

As The Post’s Jon Heyman reported in August, the Yankees were “somewhat close” to completing a trade that would have sent Torres to the Marlins in exchange for right-hander Pablo Lopez, but the Yankees backed out.

When his comment led to speculation regarding Torres’ future with the team because one of the two youngsters — likely Volpe — would have to shift to second base, Steinbrenner said, “That’s a question for [Brian Cashman].”

A trade remains a possibility. The Mariners are also in search of a middle infielder, and the Yankees could be interested in Jesse Winker to fill the hole in left field. Further, Cashman and Seattle president of baseball operations Jerry Dipoto have a history of pulling off significant trades together. 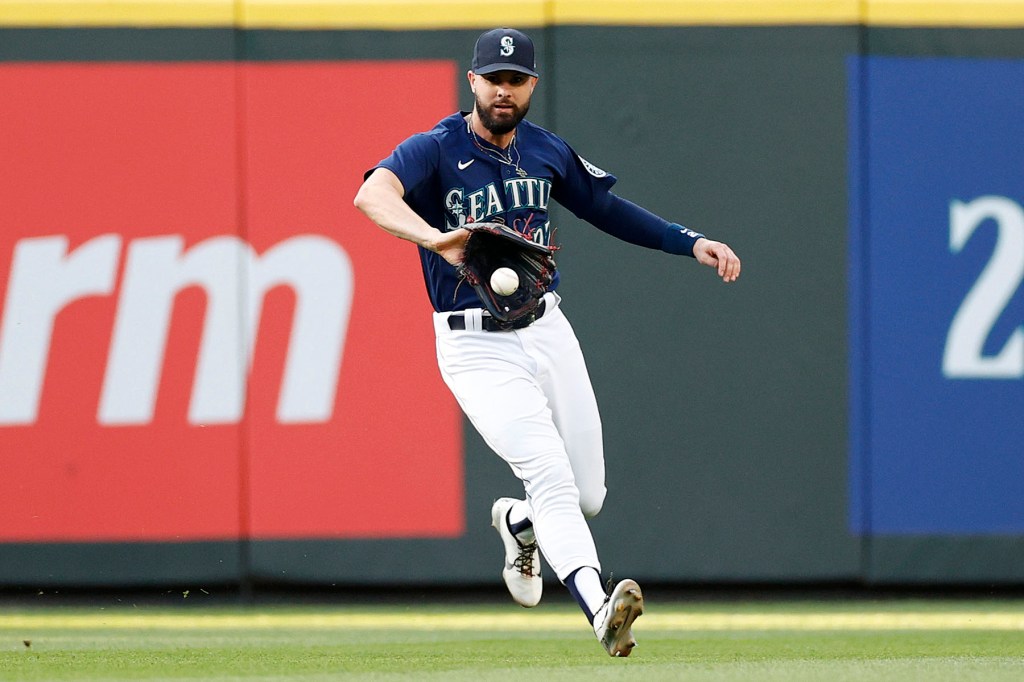 Could the Yankees and Mariners potentially match up on a trade involving Gleyber Torres and outfielder Jesse Winker?Getty Images

Complicating matters is Torres is due for a raise to about $10 million in arbitration this offseason, meaning he’s no longer a bargain.

But he did bounce back from an ugly 2021 with a solid, if inconsistent, season last year. After hitting 14 homers and driving in 41 runs in the first half, Torres was especially streaky down the stretch, particularly following the trade deadline, when it became known he was being shopped to other teams. 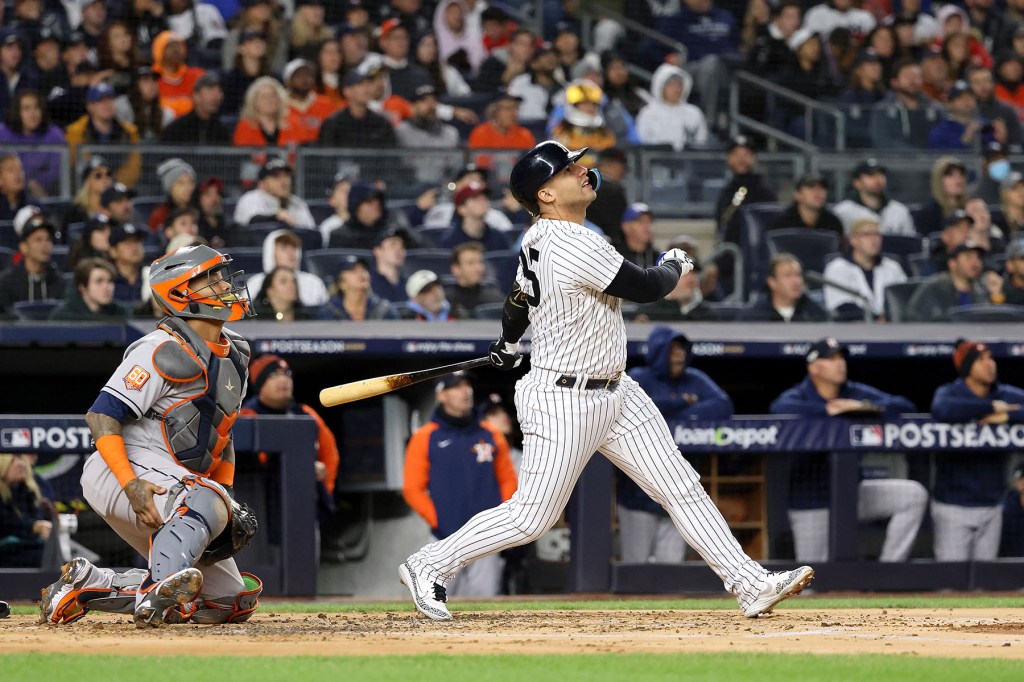 Gleyber Torres went 6-for-34 with no extra-base hits in the playoffs.Charles Wenzelberg / New York Post

After coming back from an illness, Torres slumped again in October, going 6-for-34 with no extra-base hits in the playoffs.

Overall, the numbers were fine. Torres put up his best OPS-plus (114) since 2019 and his average exit velocity (90.4 mph) was the highest of his career, but his power numbers have not reflected that.

Torres is playing winter ball in his native Venezuela for the first time this offseason, suiting up for his hometown Leones del Caracas. Given his age and potential for production, he should be entering the prime of his career, and he has two more years of team control before hitting free agency.

Where those years will be spent, though, is unclear as the hot stove heats up.

A sense of déjà vu 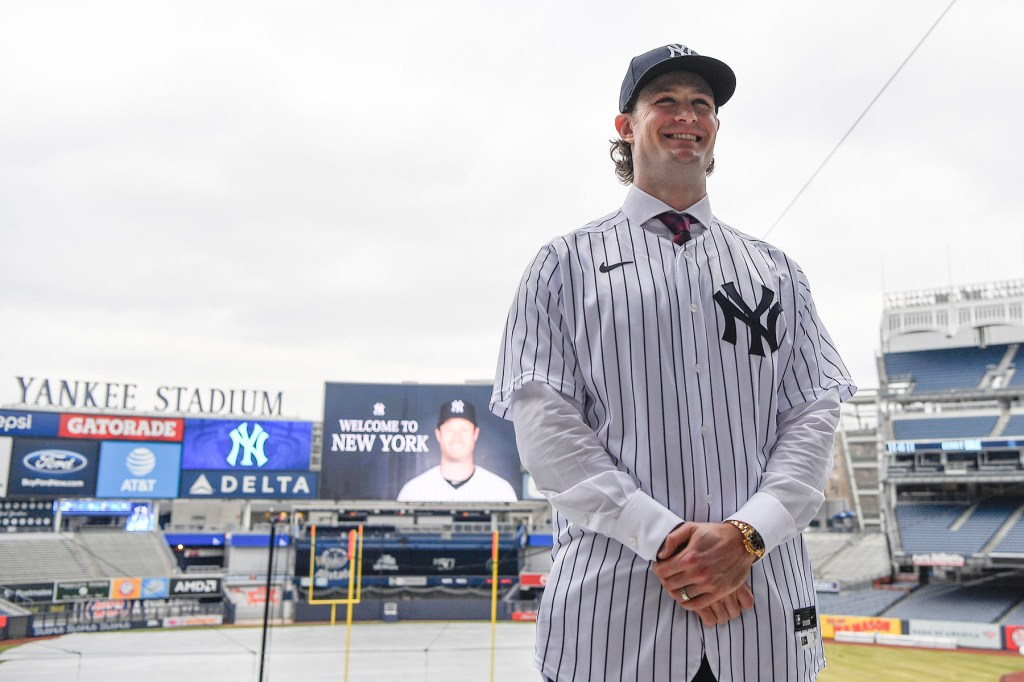 Gerrit Cole agreed to a record-setting contract with the Yankees during the 2019 winter meetings.USA TODAY Sports

The winter meetings were put on hold the past two years — they were canceled in 2020 due to the COVID pandemic and called off a year ago because of the lockout.

To some observers, this year’s version is shaping up to resemble the last time the meetings were held in the winter following the 2019 season.

That’s when the Yankees made no secret of their pursuit of the top free agent on the market, Gerrit Cole, and went out and signed him to a nine-year, $324 million deal.

Heading into those 2019 meetings, which were held in San Diego, just like next week’s, the expectation was it would take an eight-year, $300 million offer to land Cole, then 29. 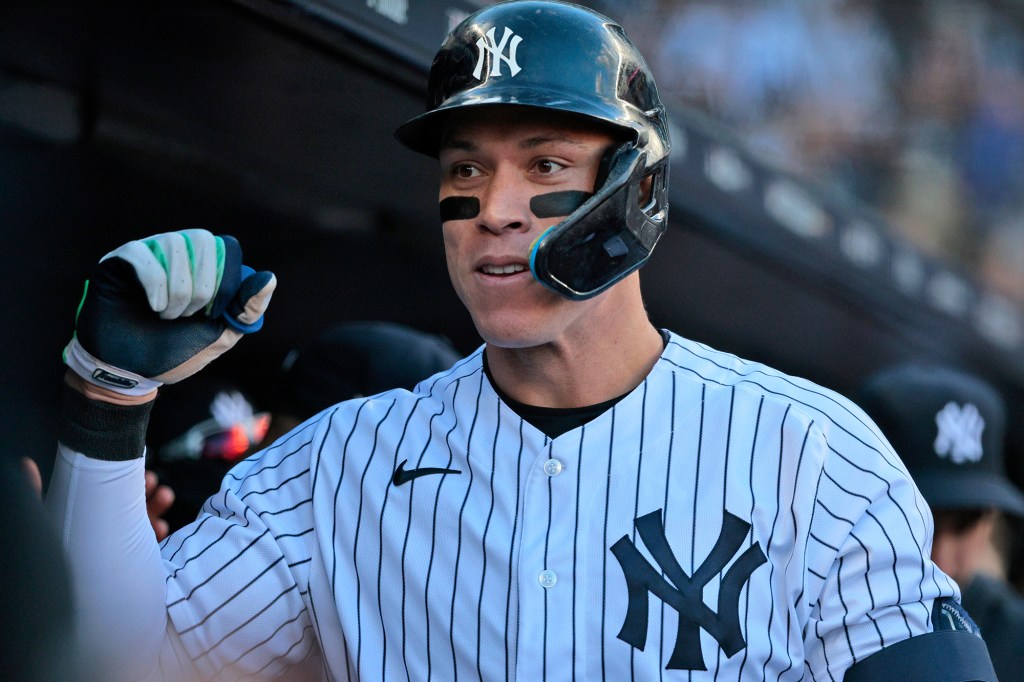 As The Post reported last week, the Yankees are believed to have already made Judge, 30, an offer for around the same length and value.

Three years ago, with the Angels and Dodgers in pursuit of the California native, the Yankees ended up getting Cole after offering the right-hander an extra year and more money. This time, the Yankees are battling the Giants for Judge, who is from northern California.

As Cole proved, the right offer will make proximity to home an afterthought.

It remains to be seen whether the Yankees do the same with Judge as they did for Cole and end up outbidding the Giants and whoever else (perhaps the Dodgers) makes a run at the winter’s prize free agent.

Luetge and the roster bubble 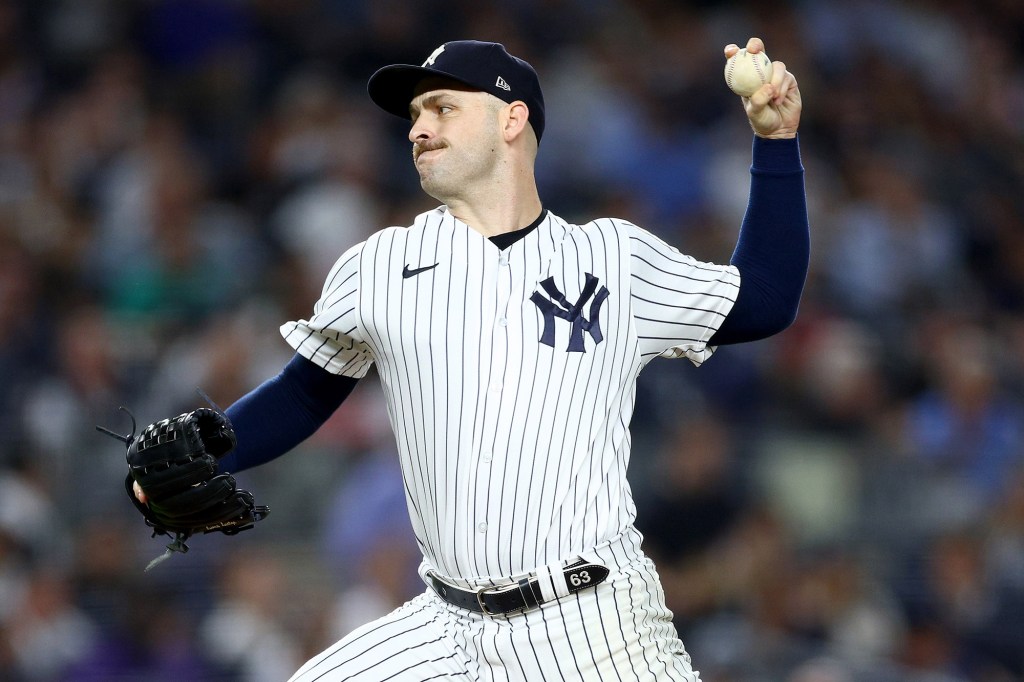 Lucas Luetge is out of options, and could be a casualty of the Yankees’ 40-man roster crunch.Getty Images

The winter meetings won’t only be about Judge and other stars.

There figure to be some familiar Yankees names on the move — in addition to any potential selections in the Rule 5 draft, which will be held on Wednesday.

As of Thursday, the Yankees have 39 players on their 40-man roster, and they could trade players to open up spots — especially players with no minor league options remaining. Albert Abreu, Deivi Garcia and the injured Luis Gil fall into that category, as does outfielder Estevan Florial.

Left-hander Lucas Luetge doesn’t have options left, either, but that was also the case a year ago and he spent the entire season on the major league roster. The 35-year-old Luetge signed a minor league deal with the Yankees prior to the 2021 season, somewhat unexpectedly made the Opening Day roster and has stuck ever since.

In fact, no Yankees pitcher has appeared in more games over the past two seasons than Luetge with 107. Jonathan Loaisiga is also at 107, Aroldis Chapman appeared in 104 games and Wandy Peralta got into 102 games following his arrival from the Giants during the 2021 season.