“Batgirl” may have had her wings clipped, but star Leslie Grace is determined to fly again.

Earlier this week, The Post’s Johnny Oleksinski broke the news that the unreleased $70 million movie was abruptly shelved by Warner Bros. and HBO — and that many of the cast and crew first found out via that story.

But Sayuri Chacon told The Post Thursday that her old friend will be OK. “Leslie is the type of person who always takes lessons away from her experience. She’s constantly evolving in that way,” said Chacon, who met Grace, 27, at a youth retreat in South Florida. “She knows that when it’s right for you, it’s for you, and when it’s not, it isn’t. She is going to be fine.”

“This was training for her,” Chacon added. “It’s a stepping stone to take her to the next thing.” 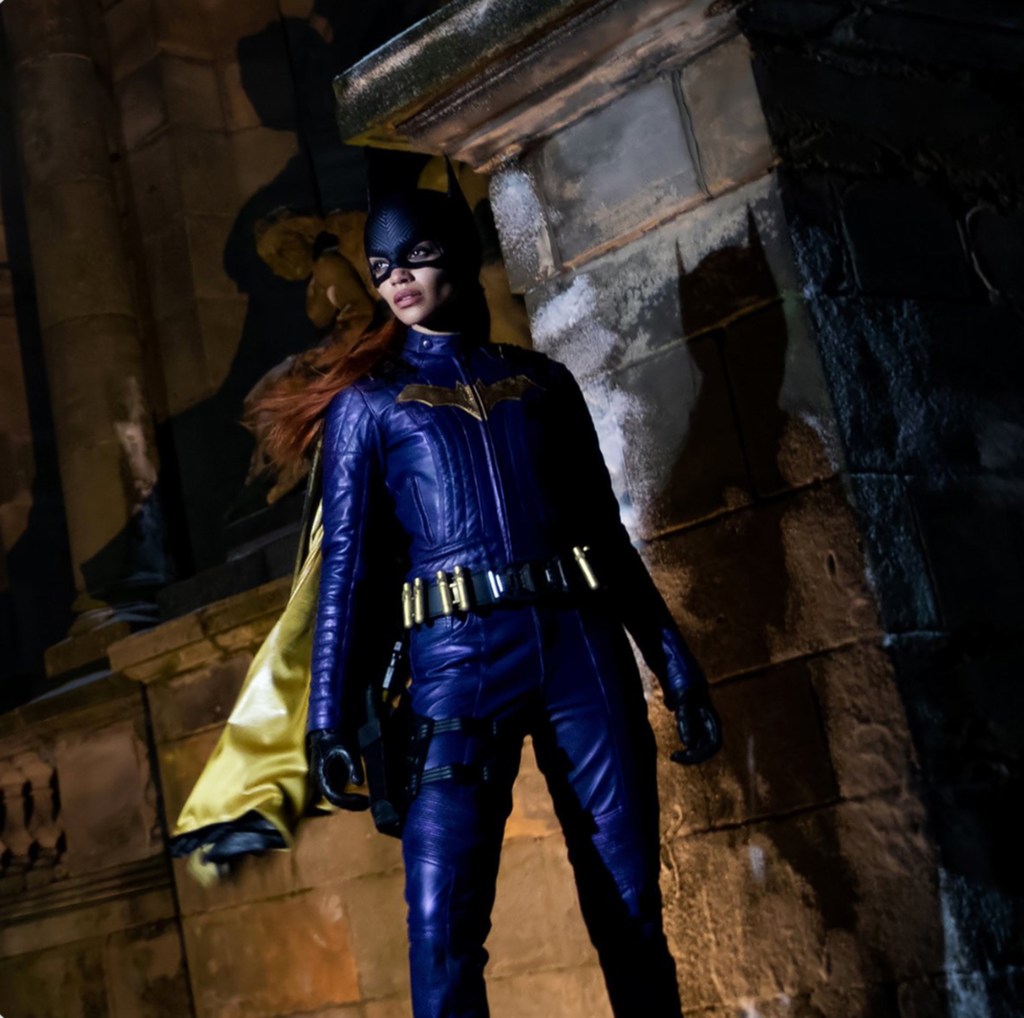 Leslie Grace starred in “Batgirl,” which was slated to premiere later this year, but the $70 million film was abruptly dropped by Warner Bros. and HBO on August 3.

Grace got her Caped Crusader role on the heels of her breakout role in Lin Manuel Miranda’s 2021 movie musical “In the Heights,” but her career actually started when she was a young teen.

Born in the Bronx and raised in Davie, Fla., she signed her first recording contract at 16 and, at 17, became the youngest Latin female artist to land the No. 1 spot on the Billboard Latin music charts for her bilingual cover of Carole King’s “Will You Still Love Me Tomorrow.”

“She was already touring by 11th or 12th grade,” recalled Brandon Monse, Grace’s chorus teacher at Western High School in Davie. “She’s so talented and genuine in her dedication to music and performing. One year, she was a member of the all-county chorus down here in Broward County, and it was composed of the top 10 or 20 singers from the surrounding local high schools. She had a solo in one of those performances that knocked some people’s socks off.” 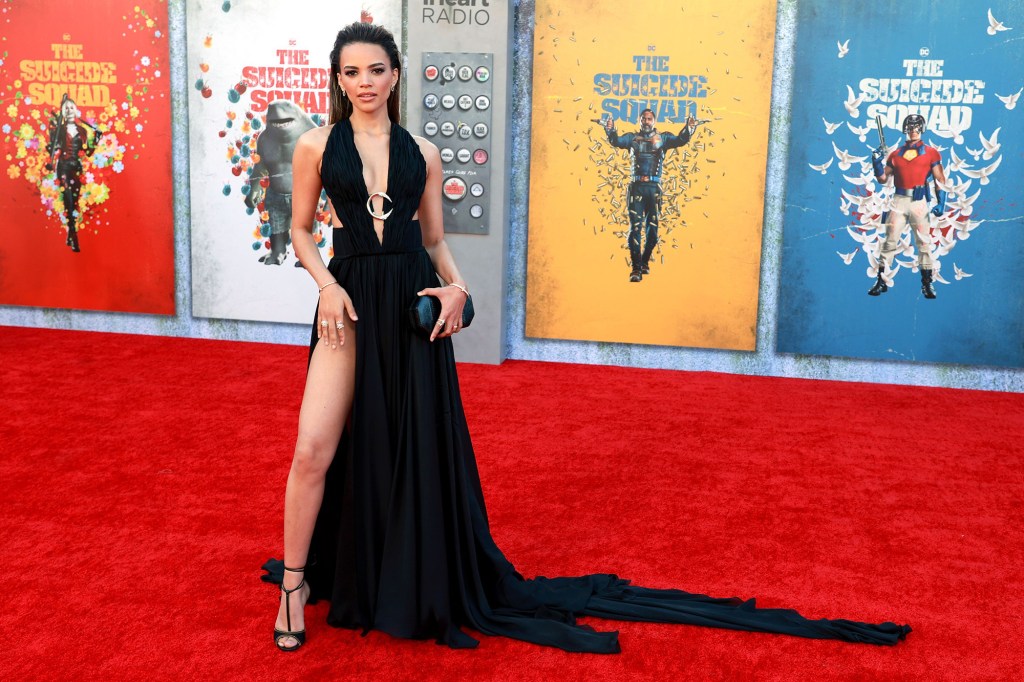 Leslie Grade donned a sexy high-slit gown to the premiere of “The Suicide Squad” in August 2021.Getty Images

For quite a while, her career largely focused on music. In 2016, Grace — who has a distribution deal with Sony Music Latin — was a team captain on the Univision talent competition “Va Por Ti” and had a duet hit (“Aire”) and toured with Maluma. She’s also joined Frankie J for a reggaeton cover of Selena’s “Si Una Vez,” and has a new single, “Como la Primera Vez,” with Boza.

Though Grace lives wherever her career takes her, she is exceptionally close to her family in Florida — including mom Elba, who runs a hair salon; dad Francisco; and her two sisters, makeup artist Annexie and Francesca, who has special needs. All regularly pop up in loving photos and videos on Grace’s Instagram and Twitter accounts.

“She always thinks about origins and where it all started,” said Monse. 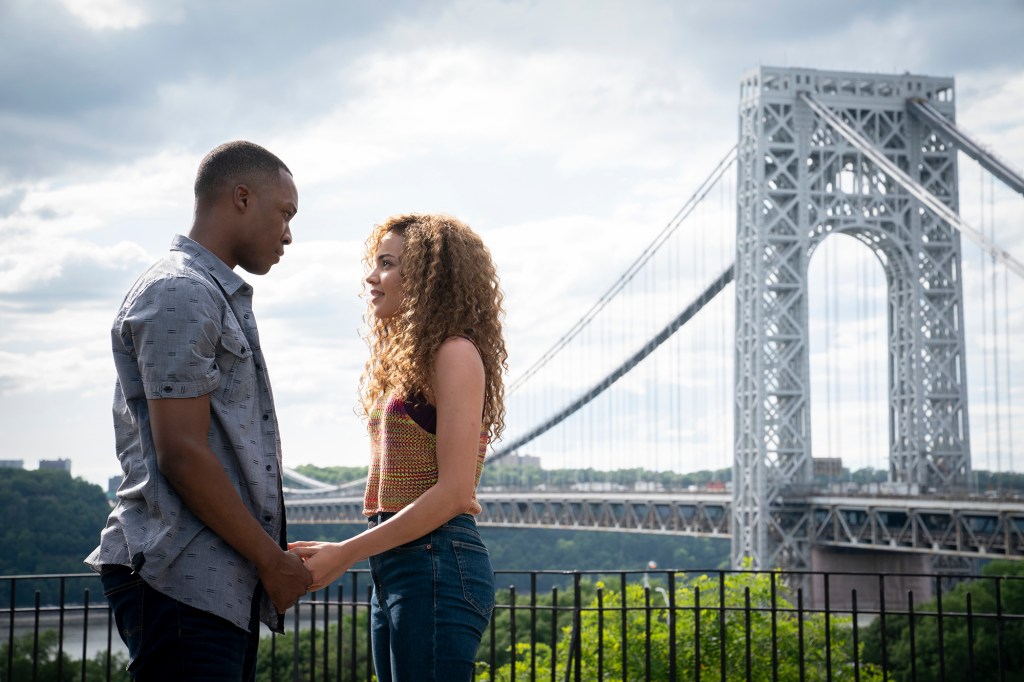 She co-starred with Corey Hawkins in Lin Manuel Miranda’s 2021 movie musical “In the Heights.”AP

After more than a decade of friendship, Chacon agrees. “We call each other life friends, not best friends, because we are always there for each other, no matter how busy our lives get,” she said.

In fact, between takes for a 2016 Colgate photo shoot, Grace helped Chacon’s now-husband orchestrate and plan his proposal. “The proposal was a scavenger hunt. She came to pick me up and drove me all around following the clues,” Chacon recalled. “She’s that kind of friend. No matter what she has going on, she finds the time for the people who matter to her.”

And Grace brings that same positive energy to set. “In the Heights” costume designer Mitchell Travers told The Post: “I was so impressed with her. After day two of shooting, she already knew everyone on set, their names and their kids’ names. Even on the 17th hour of shooting, she was keeping us laughing and smiling and grateful.” 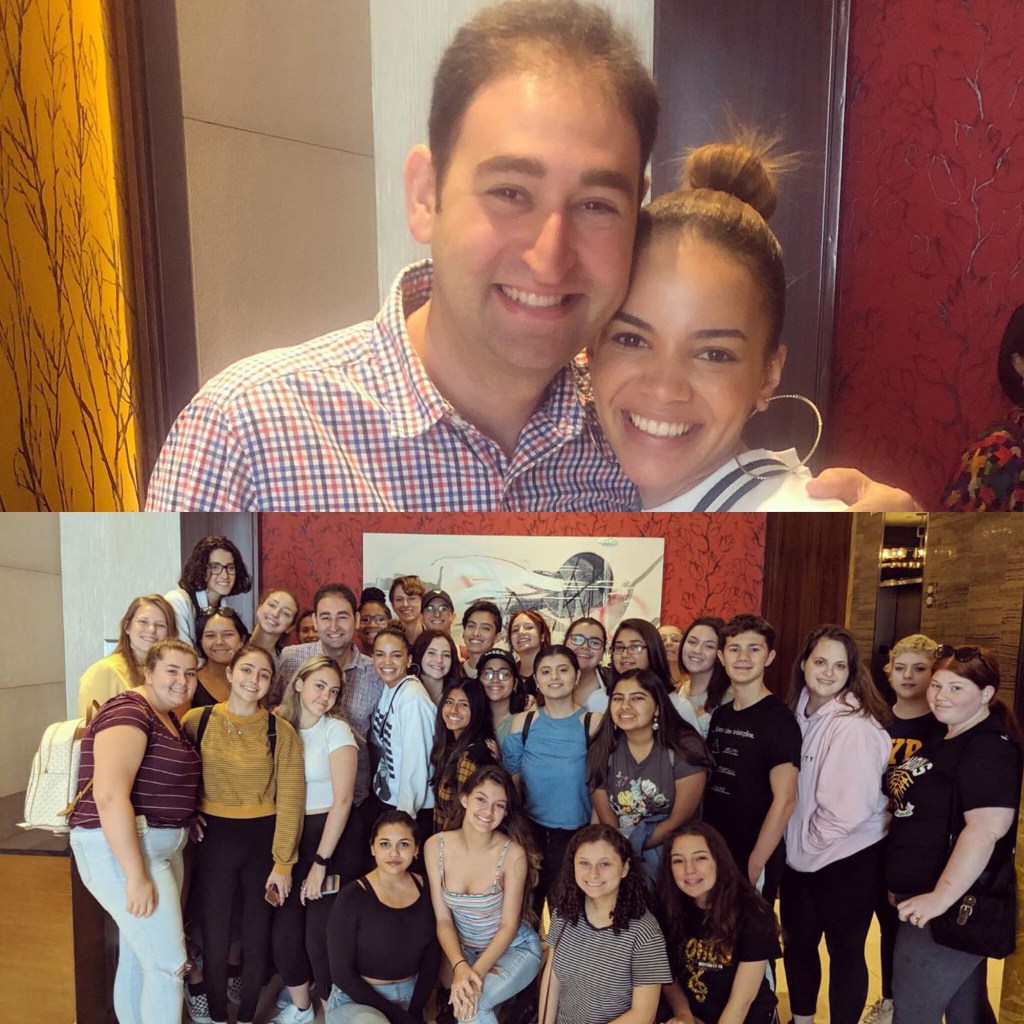 Monse recalled how, before the pandemic, he brought a group of his Western High School chorus students to Manhattan for a performance at Carnegie Hall and figured Grace might be able to stop by and chat for a few minutes.

“She was in New York filming ‘In the Heights’ at the time. She came over to the hotel where we were staying and talked to the kids, answering all of their questions about the business and singing.” He added, “It was really cool. She really gave them all of herself. She’s always been so generous.”

When “In the Heights” finally premiered — after months of pandemic-related delays — Grace hosted a private screening of the film for friends, family, and teachers like Monse in Davie. “It was really spectacular to see her so successful,” Monse said. 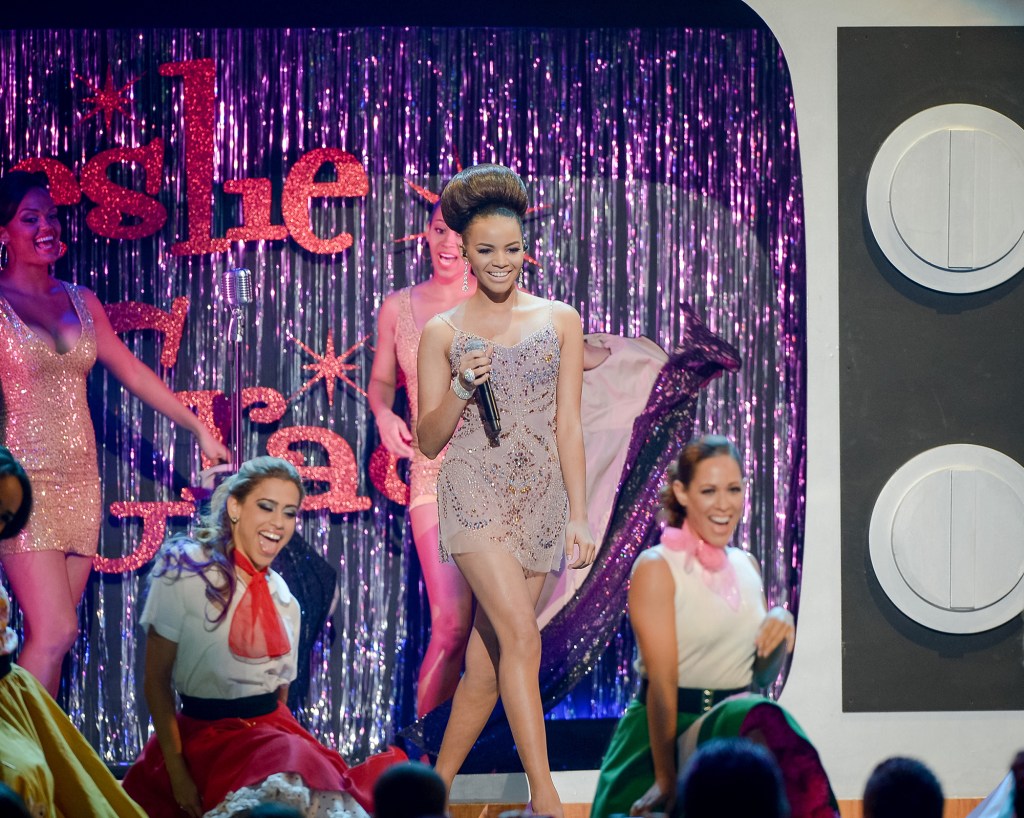 At 17, she had a hit with a bilingual cover of Carole King’s “Will You Still Love Me Tomorrow.” Getty Images

One day after the news about the demise of “Batgirl,” Grace, who’s been dating 29-year-old dancer and actor Ian Eastwood since 2019, took to Instagram. “On the heels of the recent news about our movie ‘Batgirl,’ I am proud of the love, hard work and intention all of our incredible cast and tireless crew put into this film over 7 months in Scotland,” she wrote. “I feel blessed to have worked among absolute greats and forged relationships for a lifetime in the process! To every Batgirl fan — THANK YOU for the love and belief, allowing me to take on the cape and become, as Babs said best, ‘my own damn hero!’”

Though Grace was forced to take off Batgirl’s wings, Monse is convinced that this isn’t the end for her. “There will be a lot more in Leslie’s future even if that movie isn’t released,” he said. “She’s too talented.” Jennette McCurdy: I was told to drink alcohol...