Steve Cohen faces the most important decision of his Mets ownership, quite possibly the defining one, in the coming month-ish when he lands on who will run his baseball operations.

So here’s a plea that he not get distracted by trivialities like World Series rings.

OK, I’m trolling some. Theo Epstein put together three champion clubs, two with the Red Sox and one with the Cubs, and that carries real financial meaning and gives one massive credibility in the baseball world.

Nevertheless, I would hope that if the Mets land Billy Beane rather than Epstein for this vital job, we’d hear no whining about Beane’s (bleep) not working in the playoffs. Because these Mets, if you haven’t noticed, are not very good at MAKING the playoffs.

And because Beane, somehow a darkhorse candidate for the gig despite the fact that Brad Freaking Pitt portrayed him in an Oscar-nominated film that celebrated his excellence at this very job, arguably would be a better fit for the Mets’ opening than Epstein himself.

He wouldn’t be an easier GET than Epstein for the simple reason that Epstein, a consultant for Major League Baseball, is a free agent and Beane, the A’s executive vice president of baseball ops, isn’t. Yet that shouldn’t deter the Mets from trading an asset or three to the A’s to acquire the man they drafted 23rd overall in 1980. 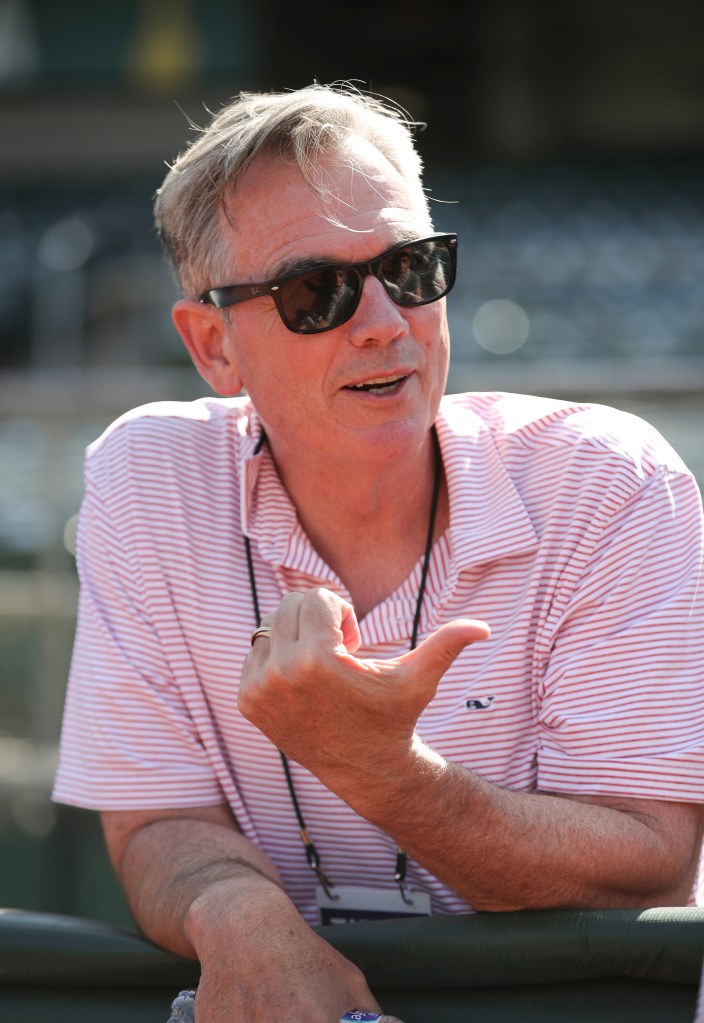 Billy Beane has a résumé that can match Theo Epstein’s in breadth, if not parades.Getty Images

Let’s start with the résumé, one that can match Epstein’s in breadth if not parades: Eleven postseason appearances for Oakland in the prior 21 campaigns, with these current A’s in serious peril of falling short. Each season has been played on a shoestring budget; the 2021 Athletics’ payroll of about $89 million (thanks, Spotrac) stands as less than half the $199 million Cohen has allocated for the Mets. Beane has displayed a unique knack for building a winner, tearing it down and constructing another strong group. His A’s experienced a five-year October gap between 2006 and 2012 successes, then shortened that to three years between 2014 and 2018.

It’s true that Beane’s prominence from “Moneyball” afforded him some freedoms with the A’s; shoot, he nearly left baseball for soccer last year until merger talks with his RedBall Acquisition Corp and the Red Sox’s Fenway Sports Group fell apart. Yet his chosen general manager David Forst performed excellent work keeping the A’s relevant, and the way baseball teams get run nowadays, it’ll be vital for Beane to select another strong GM no matter how much he curtails (or doesn’t) his outside activities. Here’s an easy recommendation: A’s assistant GM/director of player personnel Billy Owens, who interviewed for the Mets’ GM opening last winter and, unlike the two people the Mets hired over him, still holds the job with which he started this season. 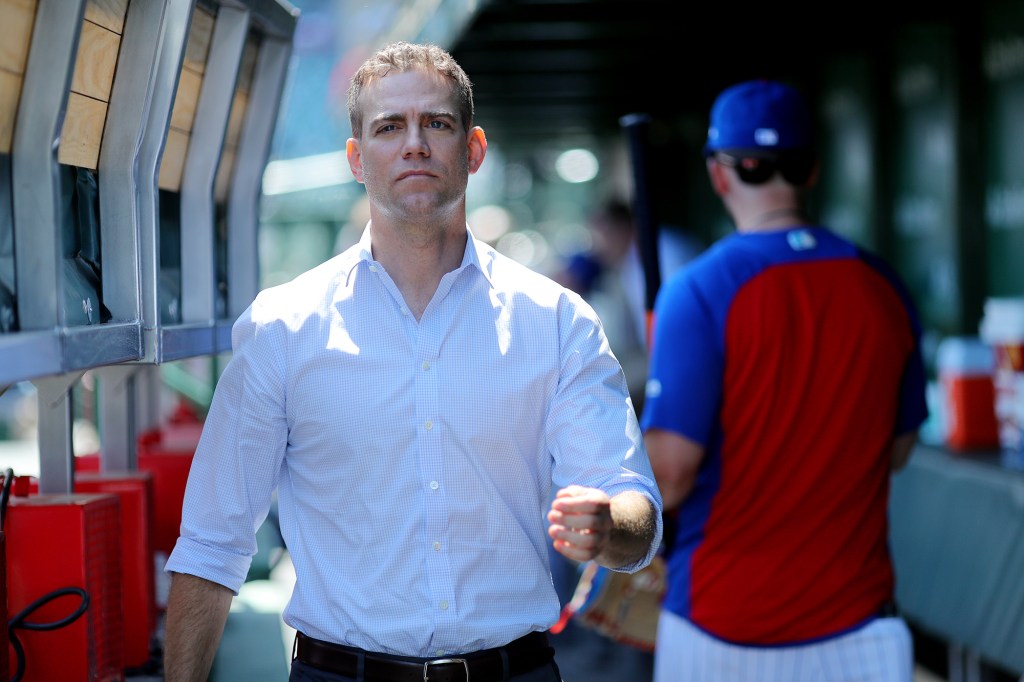 Theo Epstein would be easier for the Mets to get because he’s a free agent.MLB via Getty Images

And that’s not all:

—Whether you think Sandy Alderson deserves to stay after the extremely rough start to his Mets sequel, he’s staying, and Beane and Alderson are extremely close, protege and mentor, having worked together multiple times in Oakland. Ironically, the strongest bond between Alderson and Epstein might be that they both gave jobs to Jared Porter and Zack Scott. Yeesh.

—How much more appealing does Beane become if he brings A’s manager Bob Melvin with him, an idea first floated by The Athletic’s Ken Rosenthal? Melvin, who loves New York, also would require compensation, and he also ranks among the best at what he does, bringing profound competence to the field, the clubhouse and the fans, via press conferences. Alderson’s first managerial search for the Mets came down to Terry Collins and Melvin.

—Of all the candidates, it’s hardest to envision Beane sweating Cohen’s social-media habits.

Beane famously told “Moneyball” author Michael Lewis, “My (bleep) doesn’t work in the playoffs. My job is to get us to the playoffs. What happens after that is (bleeping) luck.” If there’s a good amount of truth to that, common sense says that doubling the budget and then some can only help his luck.

There’s a belief within the industry that Beane, a longtime California resident, is really open to coming East. If so, you should believe in Beane, no matter that he’s still trying to win the last game of the season. Wouldn’t meeting that goal at Citi Field be one hell of an ending?