Teenaged West Virginia mom Faye Yager thought she was living a normal existence — until the day she caught her husband molesting their young daughter, Michelle.

It was the moment, in the early 1970s, that would fuel Yager’s life as a crusader and vigilante fighting to help women and children flee abusive men who were protected by family court rulings. A charismatic, passionate advocate, Yager found sympathetic people all over the country willing to stealthily lend their time, their homes and their money to her cause.

In the new FX series “Children of the Underground,” archival footage of Yager and clips of her frequent talk show appearances show how she set up an extensive network of collaborators and safe houses throughout the US and abroad – and how her passion for helping other women got tangled up in the Satanic Panic of the ’80s.

Director Gabriela Cowperthwaite (“Blackfish”), who co-directed the series, interviewed Yager, now in her early eighties, in 2021. “She’s larger than life, she’s still every bit as sharp and fiery,” said Cowperthwaite. “She has a wry sense of humor. One of the first things she said to me is that she’s the only Southern woman with a 2,000-page FBI file.” 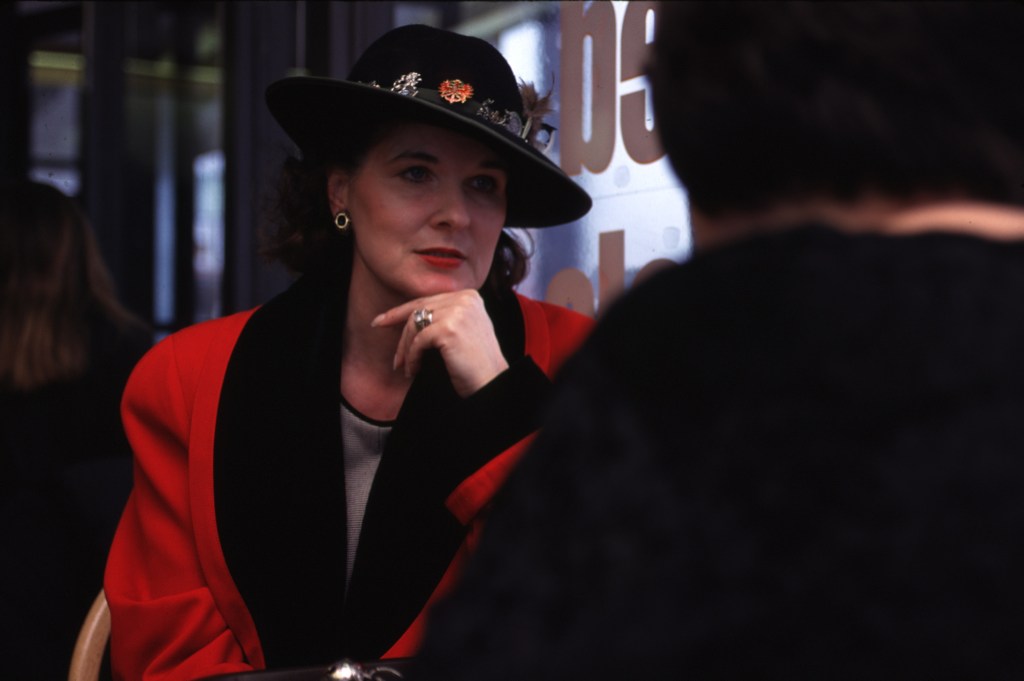 Faye Yager interviews an unidentified mother in an unofficial office of her Children’s Underground Network.Getty Images

When Yager first discovered the abuse of her own daughter, she gathered all the evidence she could against her husband — including medical reports of the 4-year-old girl having contracted gonorrhea. But even in the face of medical proof, the court deemed Yager’s claims implausible; her husband tried to have her committed. A judge eventually awarded full custody of Michelle to Yager’s husband, Roger Jones, who would eventually be found guilty of molesting other underage girls, but never punished for his abuse of his own daughter, to which he would eventually admit. (Michelle is 53 now, and appears in the series as a fierce defender of her mom.) When she heard the story of another mother who’d gone on the run after a court denied her allegations of abuse — something she’d initially believed was an isolated incident that had happened only to her — Yager began putting together what she’d eventually name the Children’s Underground Network.

She remarried, to a doctor in Atlanta; in the show’s archival footage, she’s often shown picking up the phone in her spacious suburban house, wearing long, flowery dresses. One of the surprising sources of help for Yager became daytime talk shows, at their peak during this time. When she would appear as a guest on “Geraldo” or “Sally Jessy Raphael” or “Oprah,” talking about the prevalence of sexual abuse of children — a topic that had long been virtually ignored by the legal system — her fierce dedication inspired viewers, said Cowperthwaite. “People would start writing in, saying ‘Anything I can do to help — I have clothes, I have a spare bedroom,’ and Faye would say, ‘We actually need money to be given to a mother and her kid at this spot at a motel in XY town.’ This spread like wildfire, and there was essentially an underground network to protect children in cases where it was very clear that their protective parent was not going to win in court.” 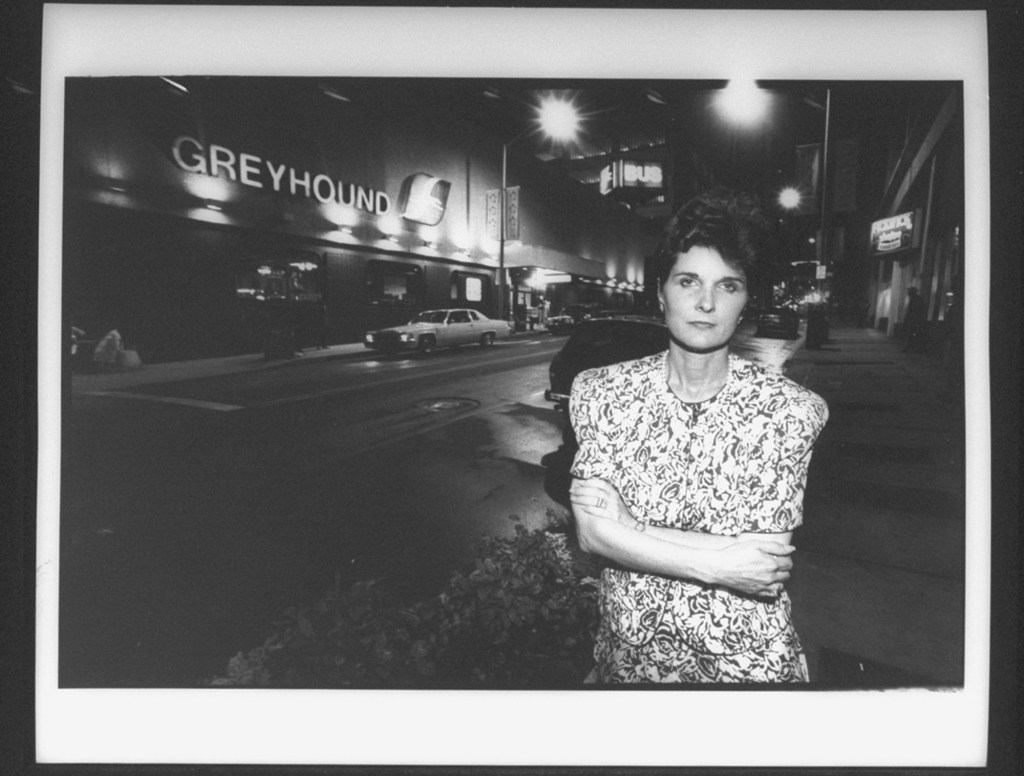 One source claimed Faye Yager had helped about 500 families by 1992, but that another 2,000 families had been hidden by the network, half of them with Yager’s direct help.Taro Yamasaki/FX

In “Children of the Underground,” we meet April Curtis, one of the women Yager helped, and her now-grown daughter, Amanda. With Yager’s help, Curtis and her daughter went on the run to a series of safe houses after Curtis’ allegations of sexual abuse of her daughter were repeatedly ignored by the courts. Like Yager, Curtis was hardly a shrinking violet: she made more than one appearance on talk shows, sometimes in disguise, to make her case that women were powerless against a system that did not know how to recognize or corroborate claims of child abuse, and that their only recourse often lay in going outside the law. Estimates of how many families Yager helped go into hiding varied: One source claimed she had helped about 500 families by 1992, but that another 2,000 families had been hidden by the network, half of them with Yager’s direct help.

Yager ran into more dubious territory when she embraced the Satanic Panic of the late 1980s, when several high-profile abuse cases and now-debunked memoirs argued there was rampant sexual abuse of children in secret elaborate Satanic rituals taking place all over the country. “She does come from a deeply religious background,” Cowperthwaite said. “And I do think she believes there is a darkness out there.” 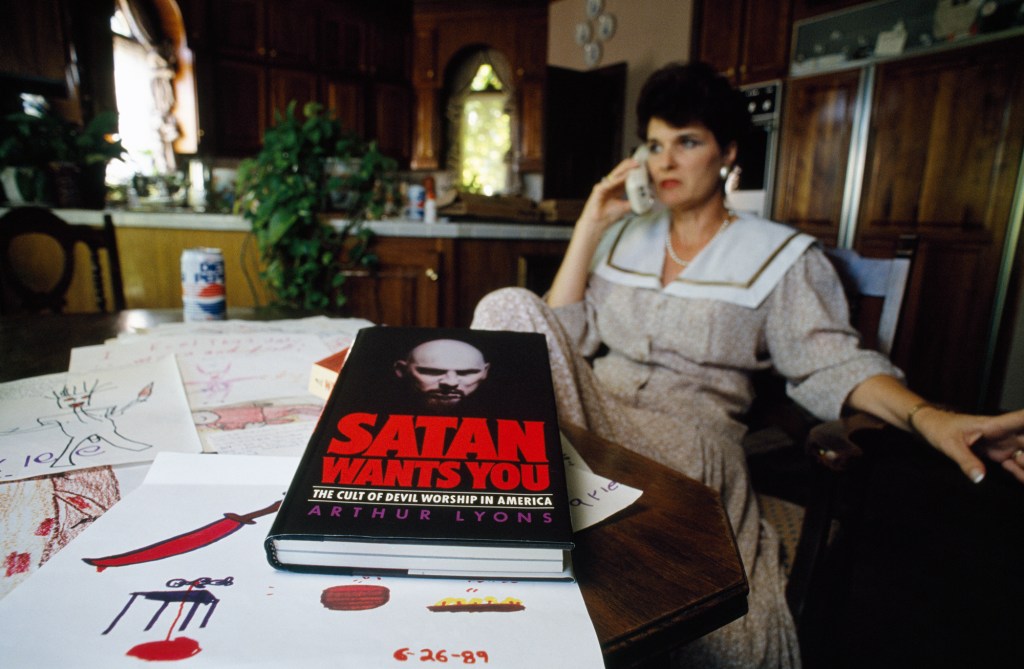 In the 1980s, Yager embraced now-debunked rumors that children were being sexually abused in secret Satanic rituals.Sygma via Getty Images

In 1992, at the age of 44, Yager went on trial for charges that she’d emotionally abused two children who were brought to her attention by their mother, Myra Watts, who said they were being abused by their father and initially asked for Yager’s help. But Watts became unnerved by Yager’s methods: “She told me my children would come into my bedroom at night while I was asleep and perform Satanic rituals over my bed. She told me my children were poisoning me, feeding me with cyanide,” Mrs. Watts said at the time. “At this point, I realized I was dealing with a crazy lady.” In the trial, prosecutors alleged that Yager had coerced false statements from, and threatened, Watts’ two children, and that she had kidnapped them and had held the younger child, Alecia, for four days. Yager’s supporters argued the trial was a ruse to help the federal government to shut down her extralegal network. Yager’s reputation was tarnished in the process: “Crusader or kidnapper?” one headline asked.

But the real death blow to Yager’s role came in 1998, when wealthy businessman Bipin Shah filed a multimillion-dollar lawsuit against her for helping his wife, who alleged he was abusive, go into hiding with their two daughters. He also offered a $2 million bounty for the return of his children — which led to bounty hunters and investigators terrorizing Yager and her family. “They disemboweled one of her kids’ rabbits,” Cowperthwaite said. The threat to her family was the last straw, and Yager said she was getting out of the business, albeit with no apologies for anything she’d done.

Is her network still active? “It would be very hard to imagine it’s not,” said Cowperthwaite. “I don’t know any specifics, and it’s got to be much harder these days with iPhones and so forth. But I think there are protective parents that are going to continue to do anything and everything to keep their kids safe when the system fails to.” Salman Rushdie On A Ventilator, “Will Likely...