Who will make the Rangers as the final forwards? Everything they must consider Let’s continue the discussion about Jimmy Vesey and his chances of earning a roster spot/contract out of training camp following No. 26’s impressive performance in Monday’s 4-1 opening exhibition victory over the Islanders at the Garden.

It will, as the world already recognizes, be a numbers game when the hierarchy sifts through the fourth-line candidacies of Vesey, Ryan Carpenter and Dryden Hunt. The immediate number of interest is not the $82.5 million salary cap limit, but instead the roster being set at either 22 or 23.

If the Rangers keep two of the three while cutting down to 22 and thus keeping one spare forward (and one spare defenseman), the team would open with just under $1 million of cap space. Theoretically, management could defer the decision and provide chairs for all three candidates to fill when the music stops. The Blueshirts then would open with about $200,000 of space. 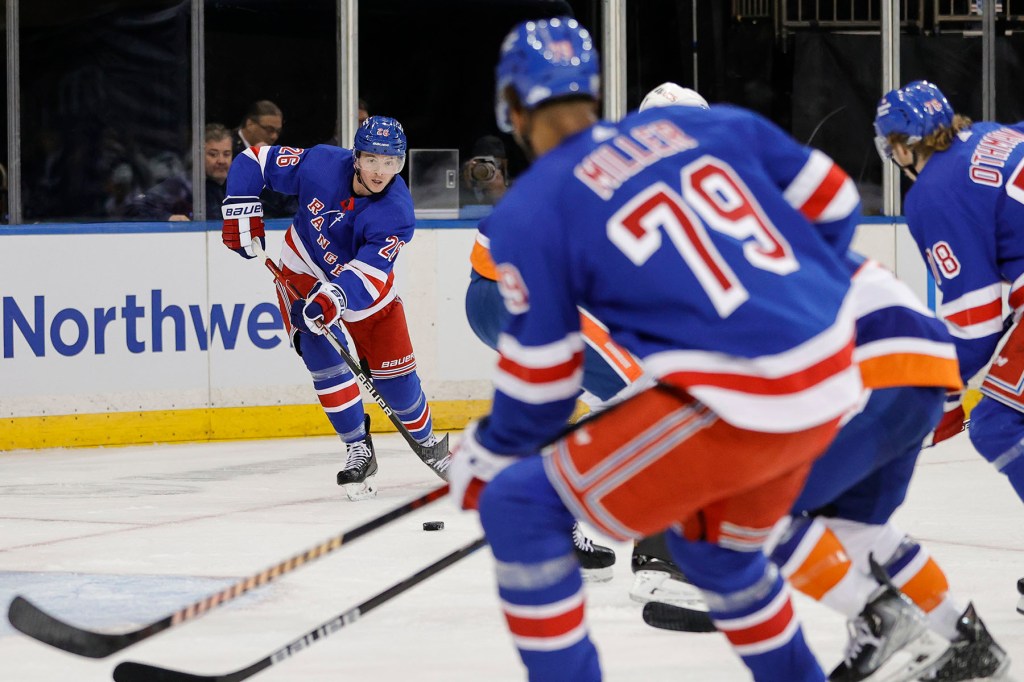 Jimmy Vesey helped his case for a Rangers roster spot in the exhibition opener against the Islanders.Jason Szenes

We’ve been over this before: Cap space compounds. If the Rangers open with about $1M in space, they would have about $4.65M at the trade deadline. But opening with $200,000 would translate into having $930,000 on reserve entering the rental market.

Of course, there are variances throughout the season, but none of them beneficial. Injuries can cut into cap space. Having only $200,000 in space is fraught with risk on the 82-game trek.

And yes, GM Chris Drury could create more space by including a roster player in a deadline trade, but Stanley Cup-contending teams very rarely exchange one top-six forward for another. Contenders simply seek to add on.

Management could push the decision into the season if training camp does not provide enough evidence to make a call. Keep in mind, though, Hunt would account for approximately $4,099 of space per day, Carpenter for $4,032 and Vesey (at $800,000) for $4,301. Seems like a rather negligible amount, but it adds up and subtracts quickly. 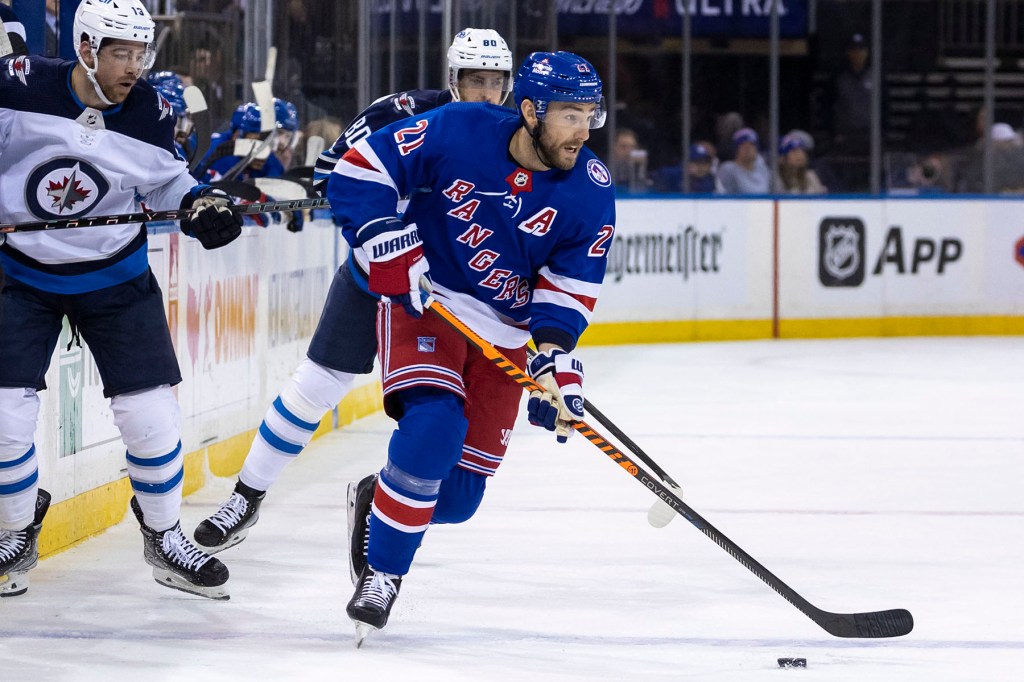 If Barclay Goodrow skates on the first line rather than centering the fourth line, that introduces a wrinkle to the roster equation.Corey Sipkin

Carpenter, a 31-year-old center who played for Gallant for a couple of years in Las Vegas, did not have a particularly standout night Monday centering Bobby Trivigno and Ryan Reaves. Hunt, lauded by the coach over the weekend, will get his first crack at it Tuesday night in Boston, where he is slated to skate on a unit with Will Cuylle on the left and Barclay Goodrow in the middle.

Goodrow provides for an interesting discussion point as it pertains to the six-legged race being run by Vesey, Hunt and Carpenter. Gallant mentioned Goodrow would get some time at right wing on the top unit with Mika Zibanejad and Chris Kreider as camp evolves.

If Goodrow — who played up on that unit for eight games last season — is at first-line right wing, Carpenter presumably would be needed as the fourth-line center.

But if Goodrow centers the fourth line, as he did 13 times last season, there might be less of a need for Carpenter and more for Vesey (and/or Hunt). 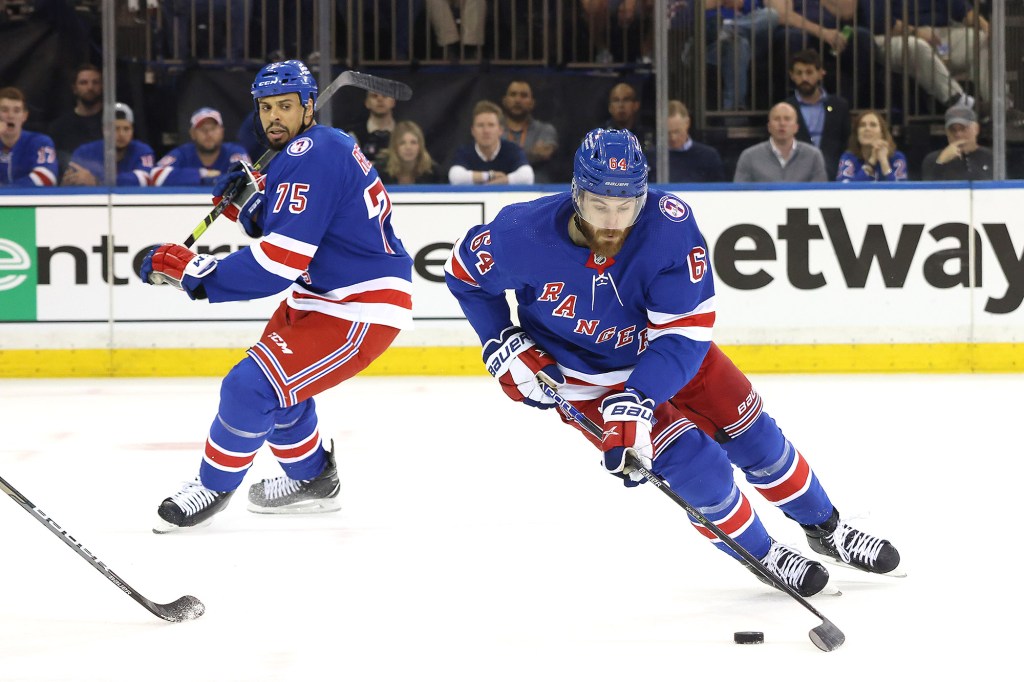 Goodrow on the top line likely would bump Sammy Blais to the fourth unit, though No. 91 never played a game on the fourth line in his 15 games before going down with a season-ending injury last year. That might have influence on the roster decision.

This also is about style. Hunt is a bigger, stronger, more physical player than Vesey. If Gallant wants to go big, he might state his case for a Hunt-Goodrow-Ryan Reaves/Blais combination.

But remember how last season’s deadline addition of Tyler Motte increased the fourth line’s speed and effectiveness. That is an attribute that would be provided by Vesey, who seems quicker this time around. There is also the disparity in skill — and his work as a penalty-killer in the Motte mold — that separates Vesey from the pack.

Vesey has begun to state his case. The Rangers have about two weeks to make their decision. Or not. Whenever they do, it will be a numbers game. 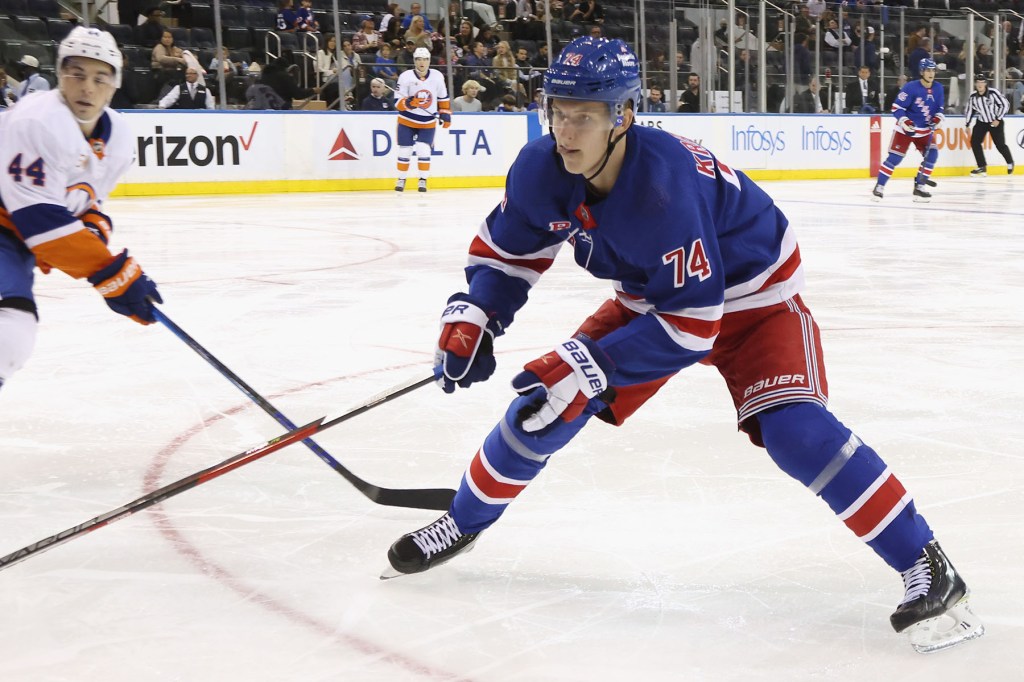 Vitali Kravtsov had a tentative start to the Rangers’ exhibition schedule, and could use all the game reps he can get.Getty Images

On Saturday, Vitali Kravtsov said: “I want to be stronger on the ice and stronger on my feet and make quick turns and quick stops. That’s the way the game is played.”

But in his first go Monday while playing right side with Vesey on the left and Filip Chytil in the middle, Kravtsov was on the outside far too often, doing too much looping. Perhaps a tad nervous, No. 74 seemed more than a tad tentative and more than once telegraphed passes that were too soft to complete.

It was a start that surely was not a stop but one on which Kravtsov will have to improve to secure a spot in the top six/top nine. And though the concept of going with distinct lineups for this back-to-back opening of the preseason is understandable, the more work Kravtsov gets, the better. 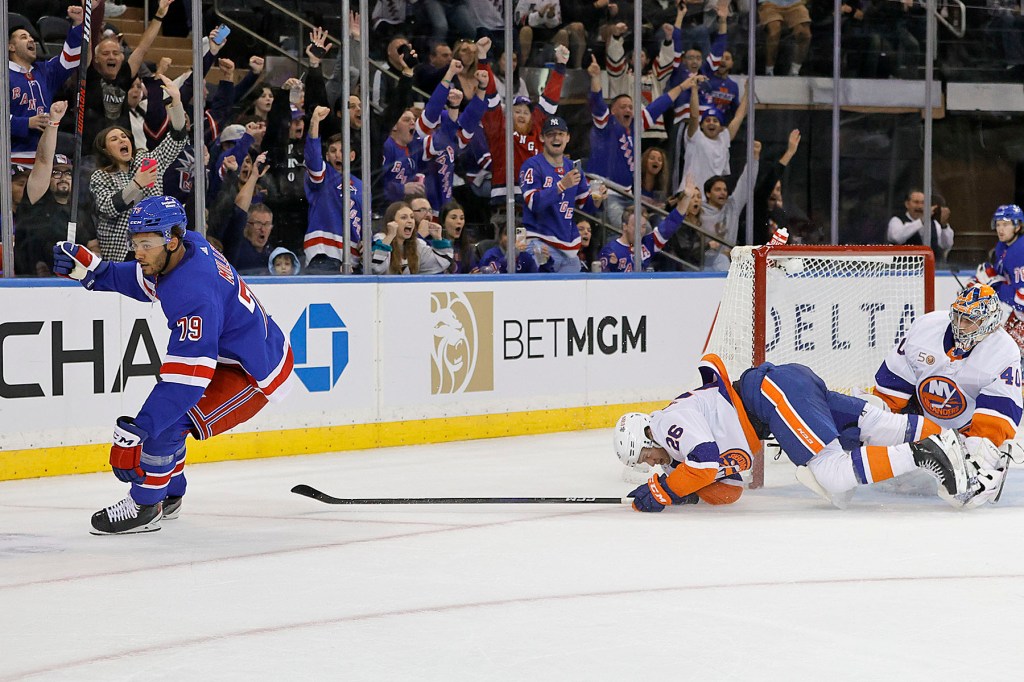 K’Andre Miller’s performance was a highlight of the Rangers’ first preseason game.Jason Szenes

K’Andre Miller essentially stole the show, Gustav Rydahl had more than a pretty decent debut, Zac Jones and Braden Schneider formed a pretty dynamic defensive duo, Chytil went 12-for-20 at the dots and both Trivigno and Brennan Othmann seemed to be in the middle of all of it.

This, however, is also true: The Islanders offered no resistance.

Best to avoid a hairy situation

The Rangers are using their heads rather than displaying them this year … at least during pregame warmups.

The Post has learned the club has reinstated the rule that all players must wear helmets during the warmup after a 2021-22 season in which the Blueshirts were given the option. It never made the slightest sense to risk injury by getting hit in the head by an errant puck in exchange for a fleeting cosmetic reward.

rangers final forwards everything consider
Read The Rest at
nypost.com Tom Brady called Brian Daboll to mock him over...