What to expect as ‘Ozark’ returns for its explosive final season

“Ozark” is heading into the homestretch as the Byrdes take flight in the fourth and final season of the Netflix drama.

“At a certain point, something is going to have to give … as the whole train is hurdling 100 miles per hour.”

Back home, their 14-year-old son, Jonah (Skyler Gaertner), still seething at his parents, particularly Wendy — he shot out the windows in their lakefront house in last season’s finale — offers to launder money for the drug-distribution partnership between Ruth (Julia Garner), her cousin Wyatt (Charlie Tahan) and his much-older girlfriend, bat-s–t-crazy Darlene Snell (Lisa Emery). Jonah’s older sister, Charlotte (Sofia Hublitz), is “playing the good soldier,” Mundy said. “It’s a natural evolution of her becoming her mother — you can decide for yourself whether that’s a good or a bad thing.

Jason Bateman and Laura Linney in the Season 4 premiere of “Ozark.”COURTESY OF NETFLIX

“There’s a lot going on but it’s all driven by family,” he said. “Marty and Wendy are the most together and focused on the goal and on the same page than they’ve been in any season, but Jonah sort of breaks from the family for the first time … so there’s that first little bit of a crack between them centering on parenting and how to move forward as a family.”

There’s also a private detective (Adam Rothenberg) in town from Chicago sniffing around Helen’s disappearance; he suspects something amiss when the local sheriff vanishes and he finds FBI agent Maya Miller (Jessica France Dukes, back for Season 4) and her infant son living with the Byrdes. 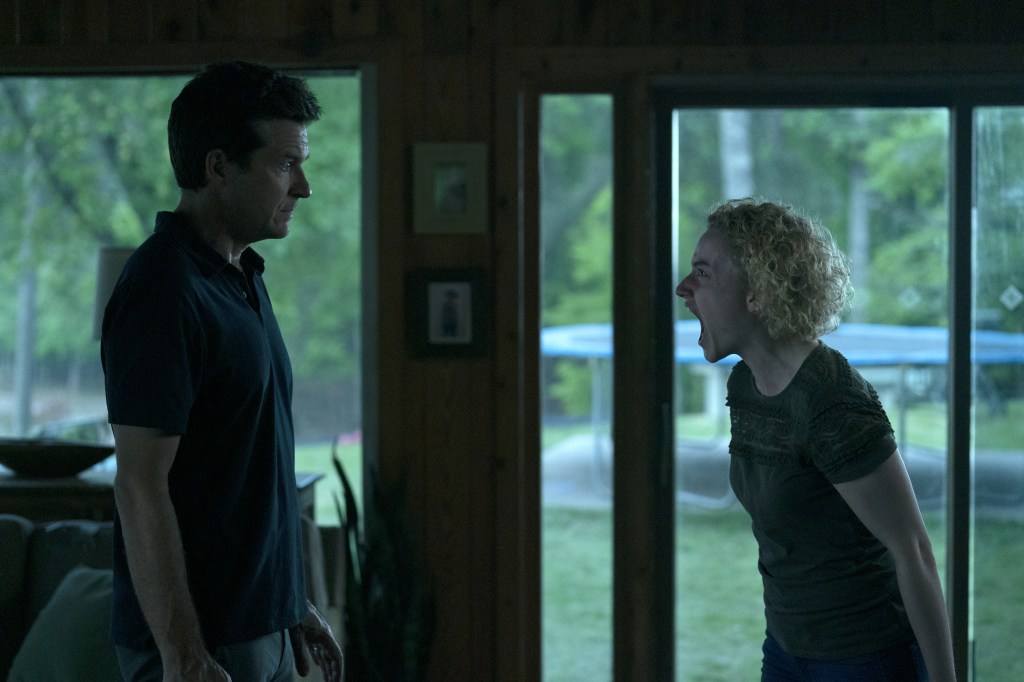 Marty (Jason Bateman) gets an earful from Ruth (Julia Garner) in a scene from Season 4 of “Ozark.”STEVE DIETL/NETFLIX 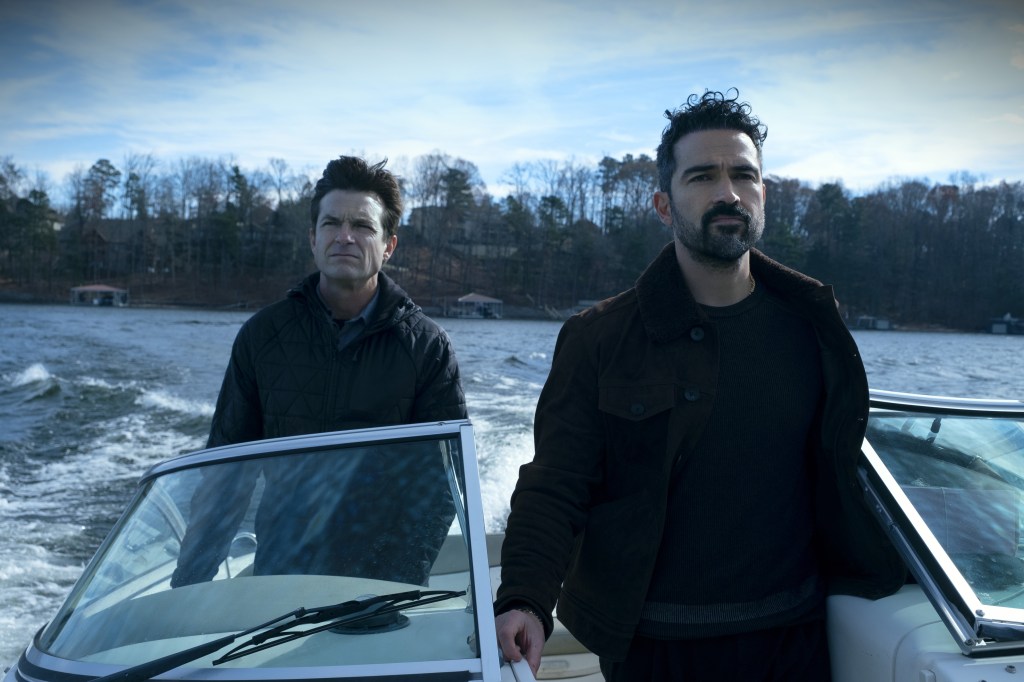 “At the same time, Ruth is trying to figure out how to run her business with Wyatt and Darlene and is getting a little wary of Darlene … who is someone who is obviously fairly crazy but at the same time she’s got this very strict moral code she lives by,” Mundy said. “There’s a weird black-and-white honor system for her. She has no moral qualms about doing the worst things imaginable and is missing that empathy chip completely.

“And meanwhile, down in Mexico, Navarro has a nephew [Javi, played by new cast member Alfonso Herrera] who’s an ambitious sort and wants the throne — so [Navarro] has to look inside his own house and figure it out.”

And, as the first part of Season 4 progresses, Marty — and, particularly, Wendy — try to consolidate their political clout across the region, luring Big Pharma CEO Clare Shaw (Katrina Lenk) into their money-laundering web.

“I think, for Wendy, it’s this weird fusion of her two selves,” Mundy said. “She’s becoming the person she always was but didn’t realize it. She was a small-town North Carolina girl who changed her identity and moved to Chicago and was this political player, and getting back to the Ozarks and walking that ground, which is reminiscent of her childhood, those two pieces are kind of fused back together, like, ‘This is a way of making myself whole, I’m both of those people.'”