What Christmas movie should you watch based on your zodiac sign?

Tis the season to be jolly and nothing induces holiday cheer more than watching a good movie.

The holiday season is upon us and with it the desire to escape our own fraught families and finances to take comfort in the world of Christmas movies with their easy charm and relentless cheer.

Given the unsettling new report that, “Two-thirds of adults will tell friends and family they’re ‘fine’ over the holidays, even when they’re not,” it appears said cheer has never been more neccessary.

While we can’t all be drinking mulled cider in flannel pajamas while gazing longingly into the miraculously straight teeth of an unexpected love interest, we can siphon a similar feeling through a saccharine cinematic adventure.

In the hopes that your holidays are more delight than despair, and your eggnog more nog than egg, we have curated a list of Christmas movies with each zodiac sign in mind. From new releases to holiday classics, read on, lean in and be made merry.

“Steppin’ Into the Holiday” 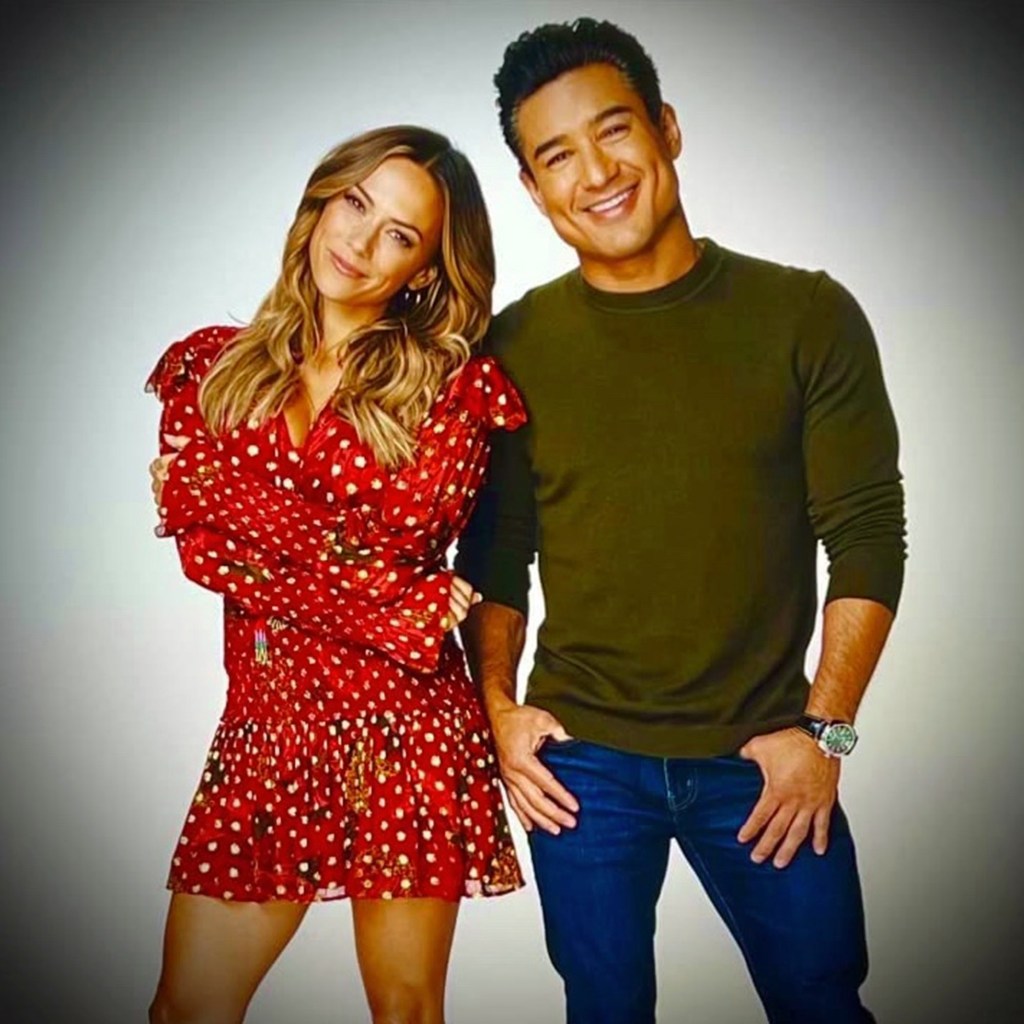 “Steppin’ Into the Holiday,” stars king of Christmas Mario Lopez who has an Aries moon. IMDB

Lifetime’s uncontested king of Christmas and obvious Aries moon Mario Lopez, who reigned supreme in “Feliz Navidad” and “Holiday In Santa Fe” returns to the throne with “Steppin’ Into the Holiday,” a feel good film about a celebrity dancer that ditches his high profile TV gig and heads home fro the holidays. Quitting a kush job as a recession looms? Big time, bold moves and very, very Aries. On the throwback front, “A Christmas Story,” checks the boxes for Aries with a storyline that leverages triple dog dares, obsession, poor impulse control and tacky lamps. For the initiated, “A Christmas Story Christmas,” the sequel to the beloved 1983 original is available now on HBO Max. 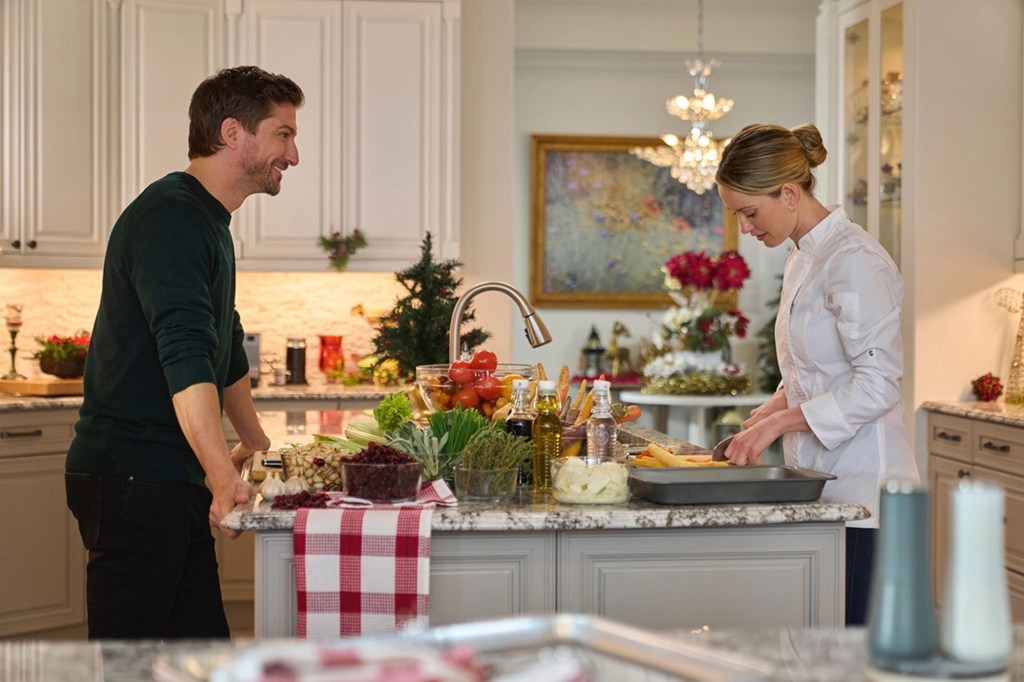 Taurus folk go hard for a snack and are often resistant to, or flat out suspicious of, romantic advances. Both elements are at play in “Catering Christmas,” which follows an overworked caterer as she fields the advances of the charming bon vivant nephew of an old moneyed matriarch. Food? Wealth? Workaholic tendencies? Very on brand for the bull. In terms of OG Christmas movies, Taureans, natural skeptics who rules the second house of values and possessions will approve of “Miracle On 34th Street” a meditation on capitalism, the burden of proof and the beauty of believing. 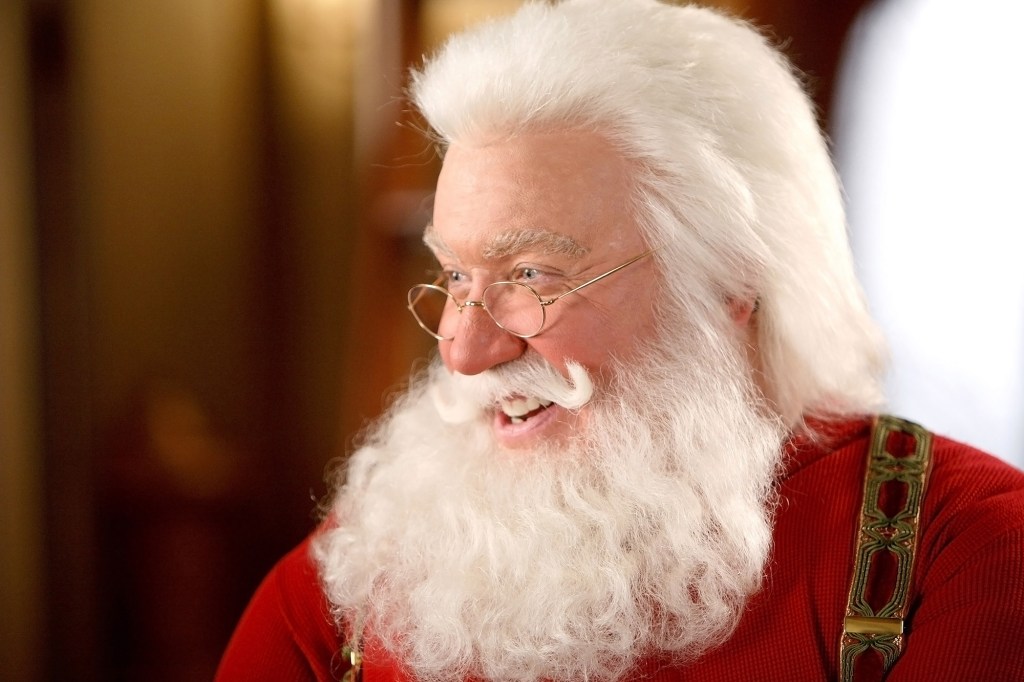 Starring real life Gemini Tim Allen, “The Santa Clauses” series is the latest installment in the Santa Clause franchise. The premise is one close to the extreme indecisive heart of every Gemini as a retirement age Santa must grapple with work/life balance and the consequence of his bad choices. For a throwback Christmas movie, “Love, Actually” with its dizzying assemblage of interconnected stories of love, hope and holiday cheer will suit the faceted attention span of the Gemini ilk. 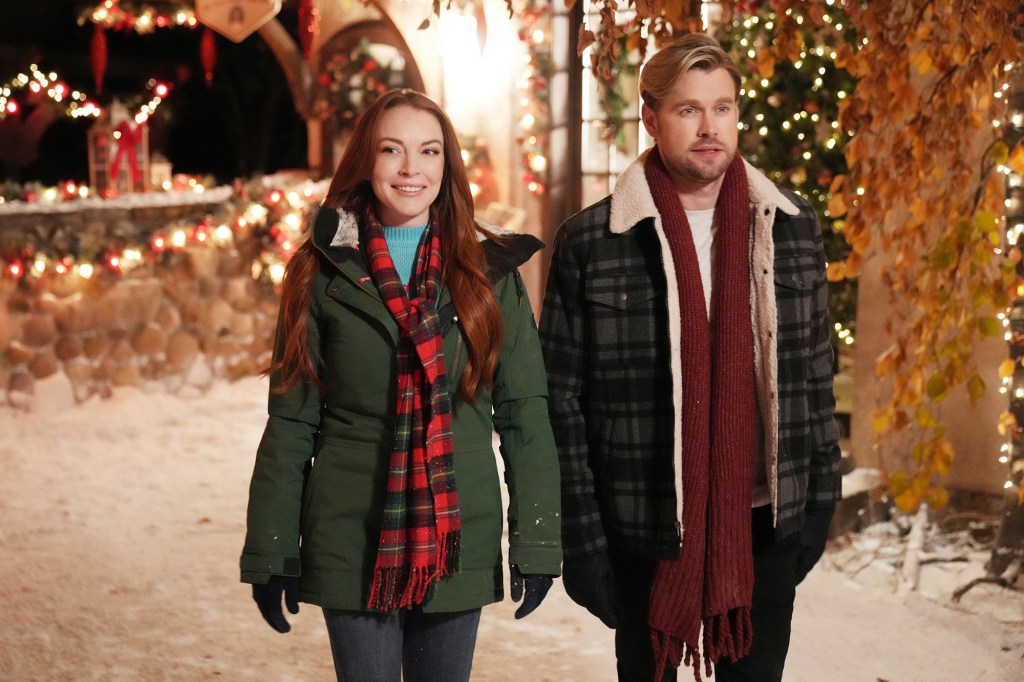 Starring Cancer comeback queen Lindsay Lohan, Netflix’s “Falling For Christmas” is the tale of a hotel heiress that loses her memory when she tumbles from the top of a mountain. Hilarity, heartwarming moments and a face off with a raccoon ensue. The trailer reminds us, “sometimes forgetting who you were means discovering who you are,” which sounds very much to me like a water sign justifying their alcohol black out or poor choice in romantic partners but either way, we’re into it and you will be too. 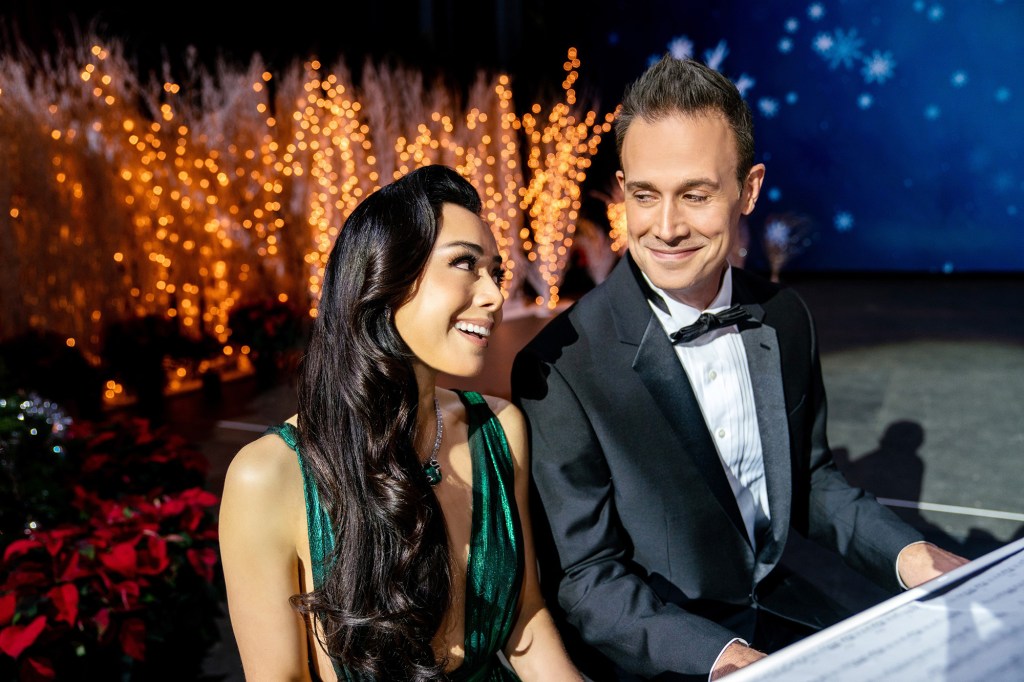 “Christmas With You,” is tailor made and mane for Leos.©Netflix/Courtesy Everett Colle 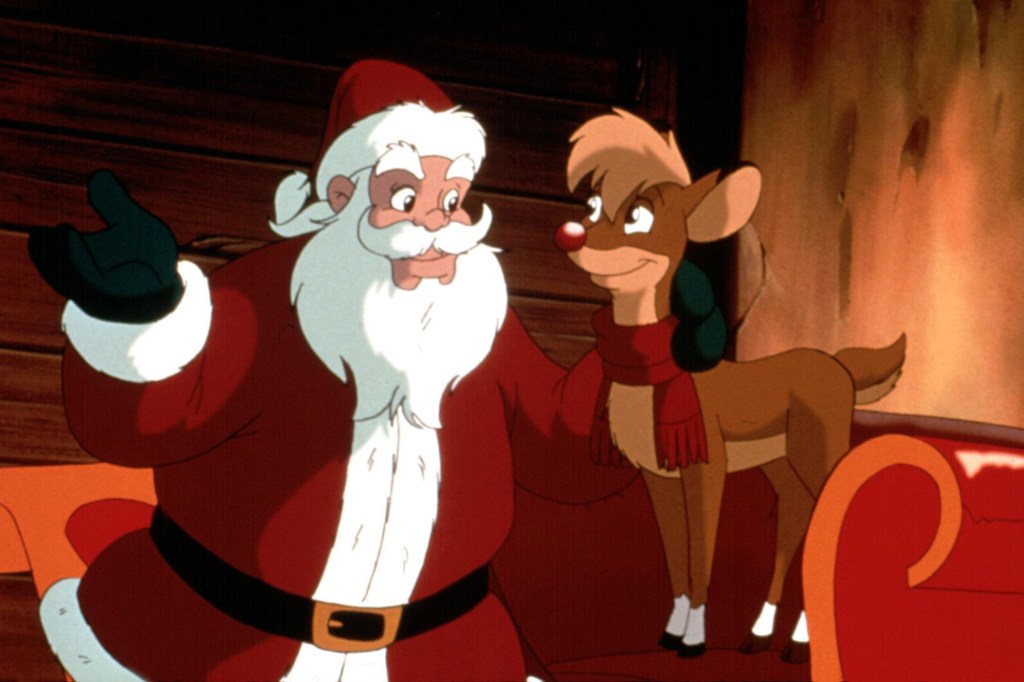 Virgos are oxygenated, like Rudolph, by being the underdog.Courtesy Everett Collection

Virgo thrives on being underestimated and no story encapsulates the spirit of the under dog or under reindeer if you will, like “Rudolph the Red Nosed Reindeer.” In the major arcana of the tarot, Virgo is represented by the Hermit who, like Rudolph, illuminates for others a way out and through. 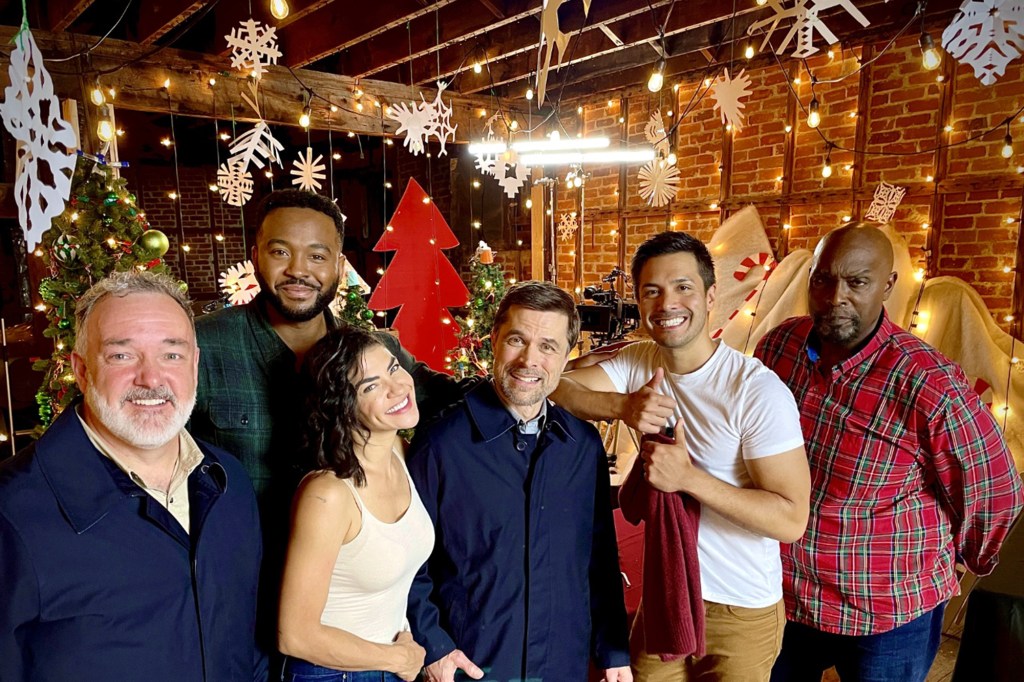 Libras will love this story of high drama and interior design.IMDB

Ruled by Venus, planet of love, aesthetics and interior design, Libra folk will fall for discovery+’s “Designing Christmas,” the story of two co-hosts of a house renovation show as they reckon with unresolved romantic feelings and an inconvenient engagement. A close second on the classics front is Will Ferrell’s “Elf.” Because the sun is in fall in Libra, natives are inclined to have difficult relationships with their fathers and never has that dynamic been more delightfully dramatized than in the ballad of Buddy the elf and his dad, a curmudgeon that finally comes around. 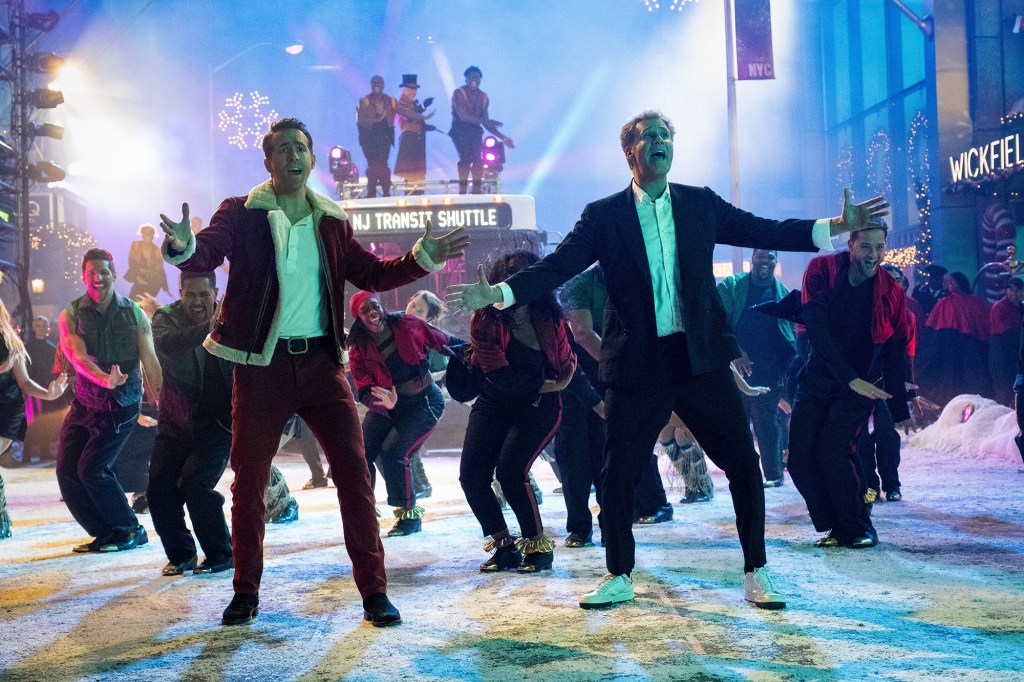 Starring IRL Scorpio Ryan Reynolds, “Spirited” is based loosely on Charles Dickens’ “A Christmas Carol.” Promising that on Christmas Eve, “one dark soul is selected for redemption,” Will Ferrell plays the ghost of Christmas present, charged with leading Reynolds on a journey to betterment. No one loves a bad guy goes good story arch more than a Scorpio, making this Apple+ offering a perfect match. Honorable mention goes to Tim Burton’s scorpionic, animated goth masterpiece “A Nightmare Before Christmas.” 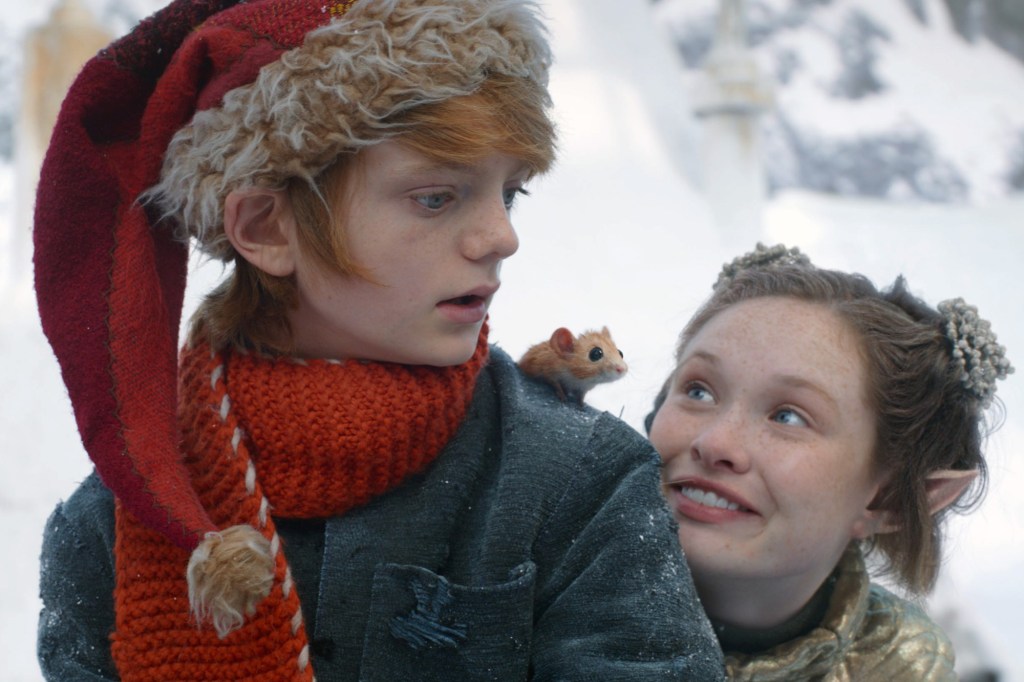 Netflix’s “A Boy Called Christmas” follows young Nikolas as he sets forth into the furthest reaches of the north with the royally decreed purpose of retrieving hope. This premise is pure cinematic bait for the average Sagittarius who loves nothing more than an unexpected journey and an optimist’s errand. Runner up goes to Hallmark’s tale of travel and a guaranteed happy ending, ladies and gentlemen, “A Christmas In Switzerland.” 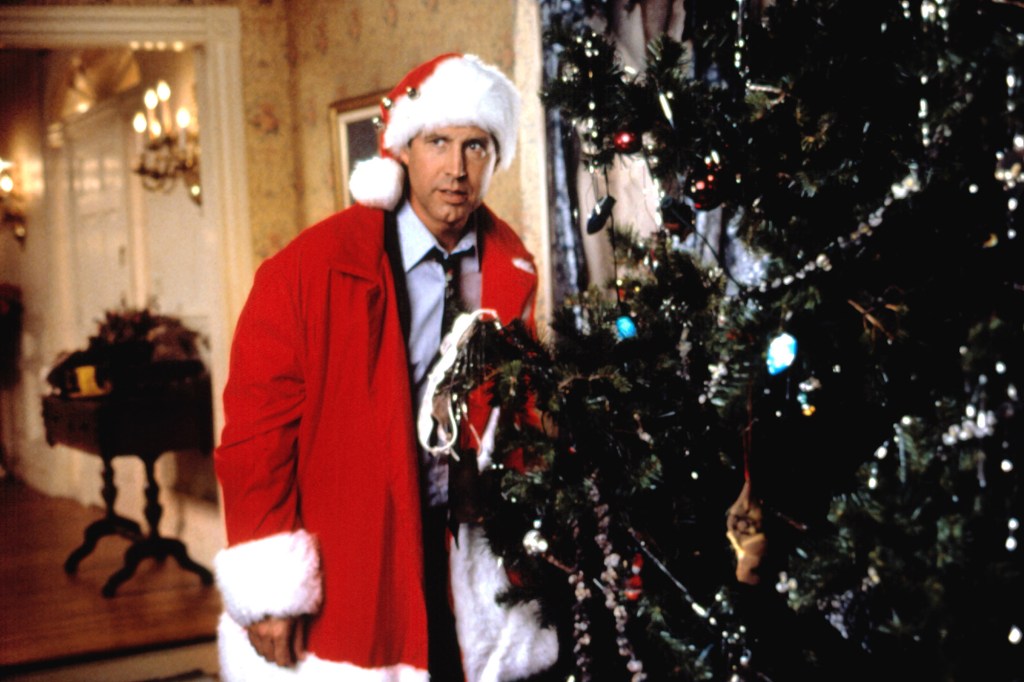 In astrology, Capricorn represents the archetype of the father and there has never been a better unhinged holiday daddy than Chevy Chase as Clark Griswold in “National Lampoons Christmas Vacation.” Runner up for Caps is “How The Grinch Stole Christmas,” starring real life sea goat Jim Carrey. 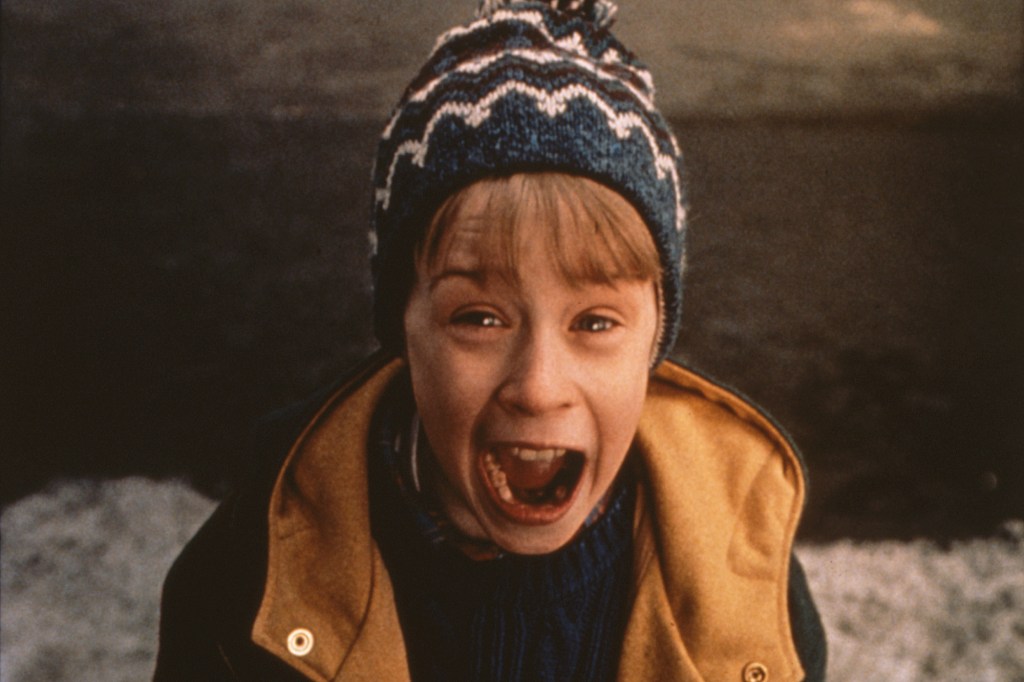 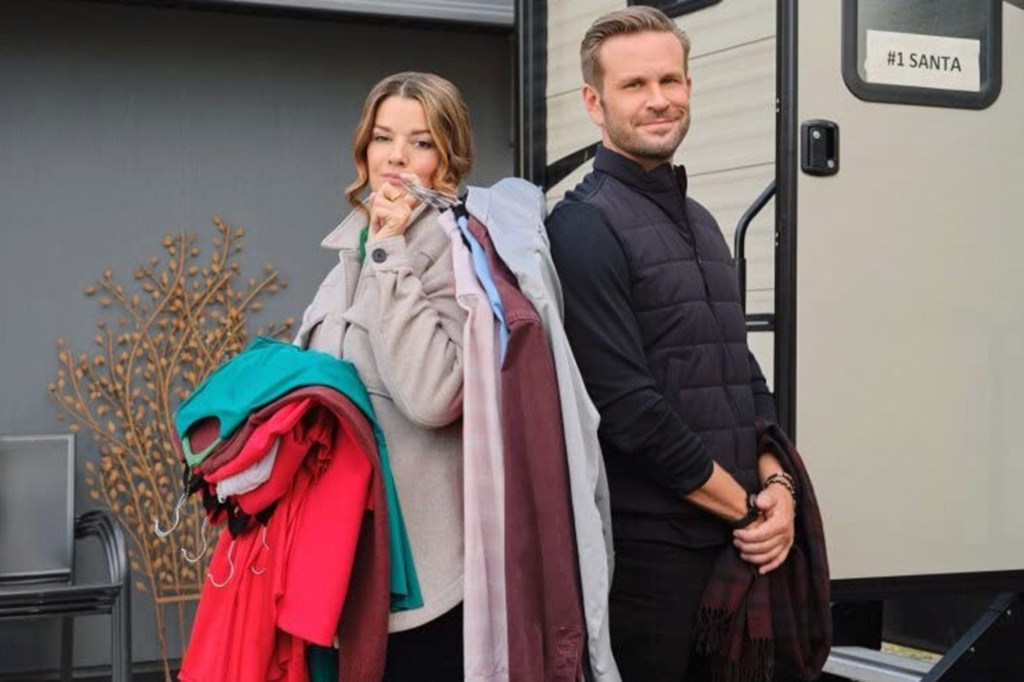 Hallmark Channel’s “Lights, Camera, Christmas” tells the tale of a woman whose hometown is overrun by a production crew filming a Christmas movie and our protagonist predictably vibes with the handsome leading man. Ruled by dream planet Neptune, Pisces is associated with film, fantasy and far flung romance. The trailer questions, “When are you going to believe anything is possible?,” a query absolutely penned by a Pisces. Runner up for fish folk, who don’t roll their eyes at the existence of angels or their influence, would be the Christmas classic, “It’s A Wonderful Life.”

christmas movie should watch based zodiac
Read The Rest at
nypost.com