Dust off the cobwebs, the Addams family is back.

The latest rendition is the new Netflix series “Wednesday,” a teen high school dramedy with episodes directed by Tim Burton.

Premiering Nov. 23, it’s a supernatural mystery about Wednesday Addams’ time as a student at the boarding school Nevermore Academy, where her parents met and fell in love.

At this institution for “outcasts, freaks and monsters,” cynical goth girl Wednesday (Jenna Ortega, “Jane the Virgin”) tries to control her budding psychic abilities; navigate relationships with her classmates and tensions between the school and the local town; deal with her cheerful roommate Enid (Emma Myers); and solve a mystery her parents were involved in two decades ago.

Oh, and there’s a monster too. 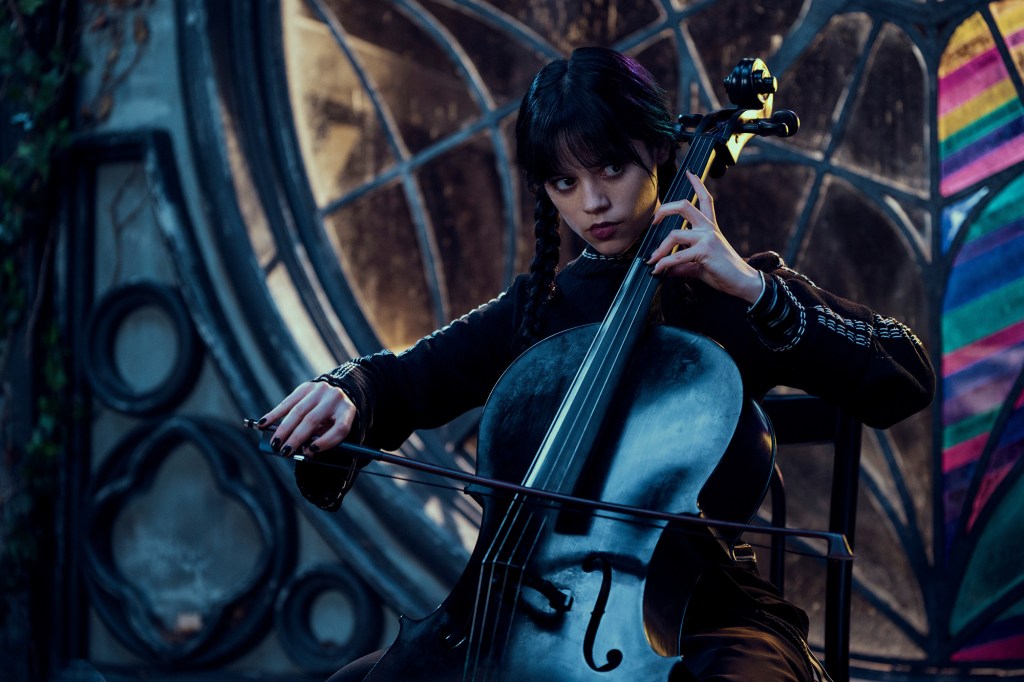 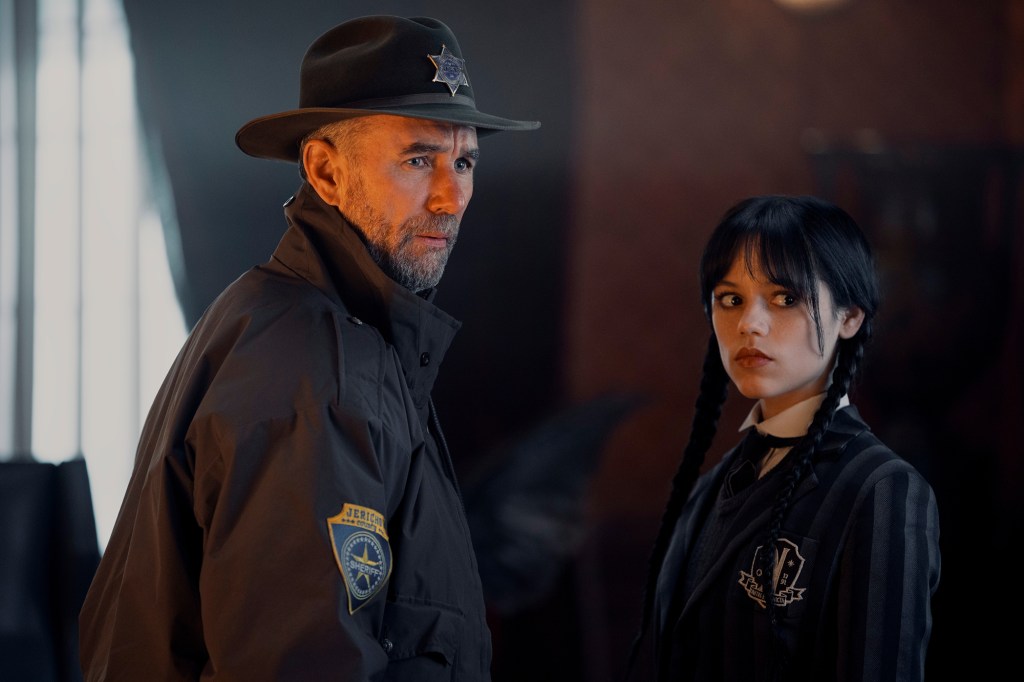 Her classmates include queen-bee type Bianca (Joy Sunday) and sensitive boy Xavier (Percy Hynes White) — but as a twist, many of them are werewolves, vampires and sirens.

The cast is rounded out with Catherine Zeta-Jones as matriarch Morticia Addams, Luis Guzman as Gomez and Fred Armisen as Uncle Fester. Gwendoline Christie (“Game of Thrones”) stars as the school’s headmistress, Larissa Weems, who was Morticia’s roommate years ago.

As a tip of the cap, Christina Ricci (who played Wednesday in the 1991 movie “The Addams Family” and 1993’s “Addams Family Values”) plays Marilyn Thornhill, the “dorm mom” who checks in on the students. 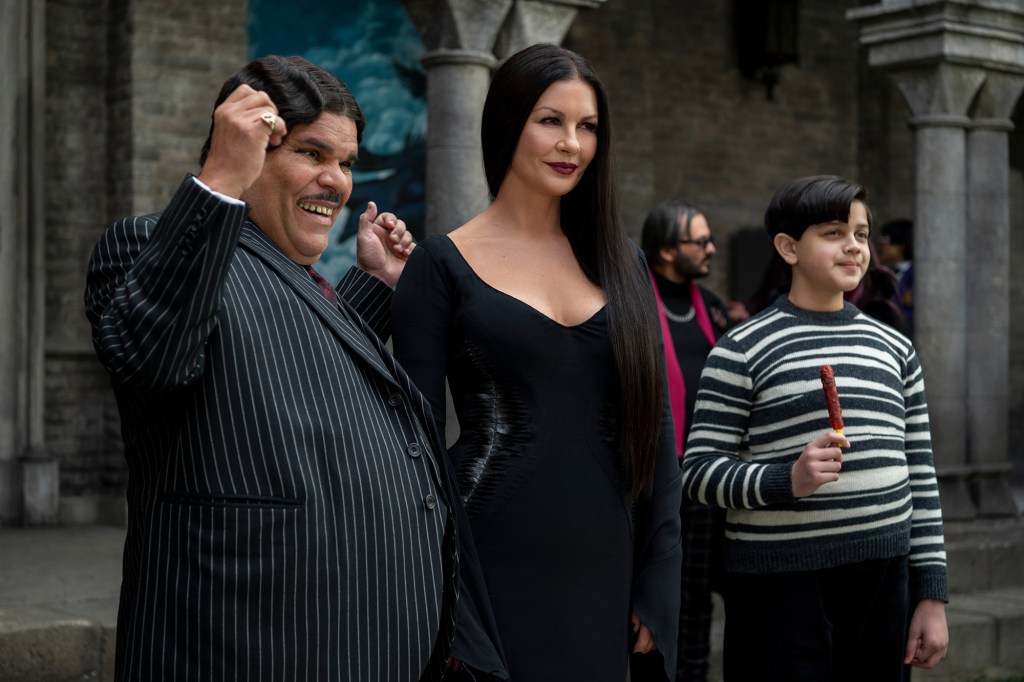 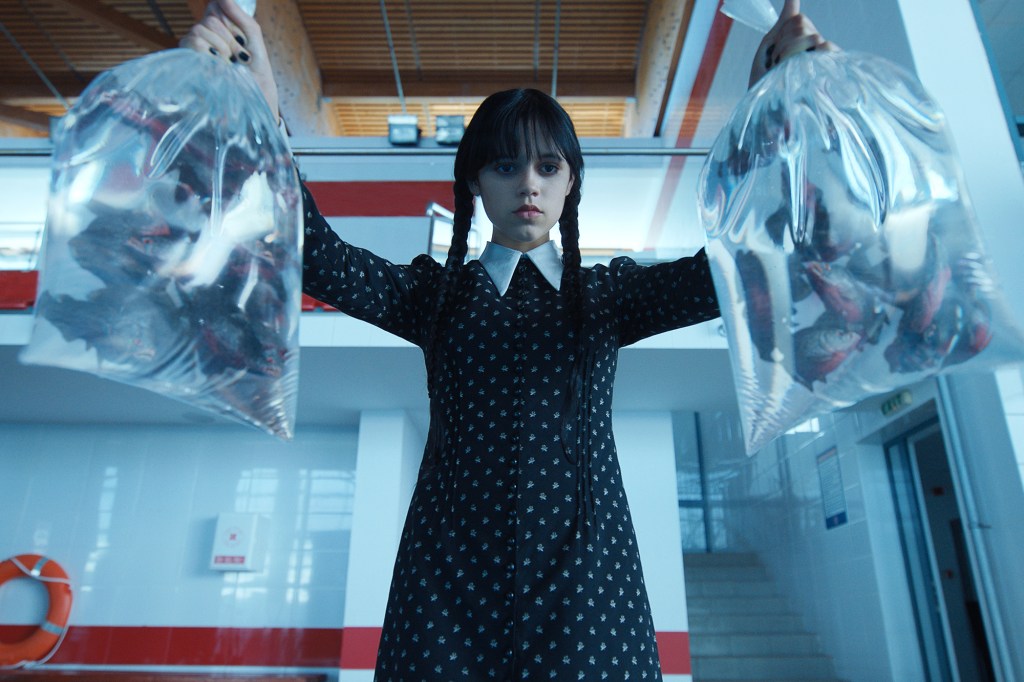 Jenna Ortega as Wednesday Addams in “Wednesday.” COURTESY OF NETFLIX

The Addams family has been the subject of a slew of media for decades, including comics, other TV shows (such as a live-action series in 1964 and an animated series in 1973) and the ’90s movies, which also starred Anjelica Huston.

The biggest shock of this eight-episode series is that it’s Burton’s first stab at the franchise. His fingerprints are all over “Wednesday,” which brims with his signature mix of the whimsical, the weird and the macabre.

Although the existence of this show seems superfluous, if “Star Wars” and the MCU get to do countless spinoffs about tertiary characters, why not have “Wednesday” join the fray?

That said, the show is a mixed bag. While Wednesday is a fun side character in previous Addams family stories, and Ortega plays her with deadpan charm, she isn’t the most riveting protagonist.

It gets tedious to watch someone constantly sneer at everything. And some of the dialogue feels like the show is trying too hard, such as Wednesday saying, “I find social media to be a soul-sucking void of meaningless affirmation.” (The show’s creators, Alfred Gough and Miles Millar, are “Smallville” alumni.) 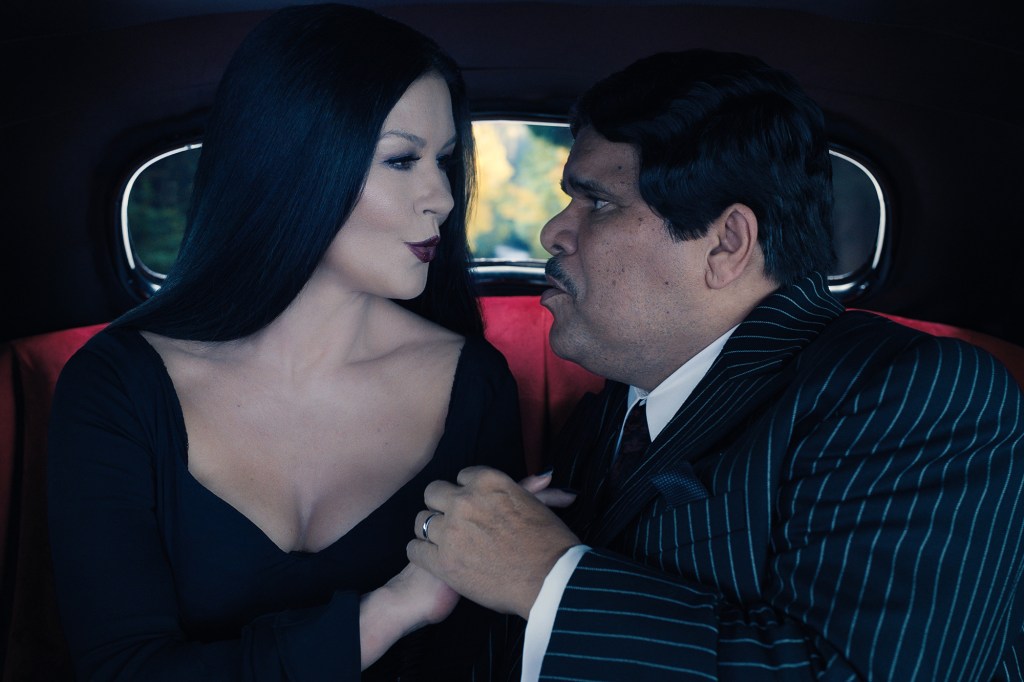 Catherine Zeta-Jones as Morticia Addams and Luis Guzmán as Gomez Addams in “Wednesday.”COURTESY OF NETFLIX 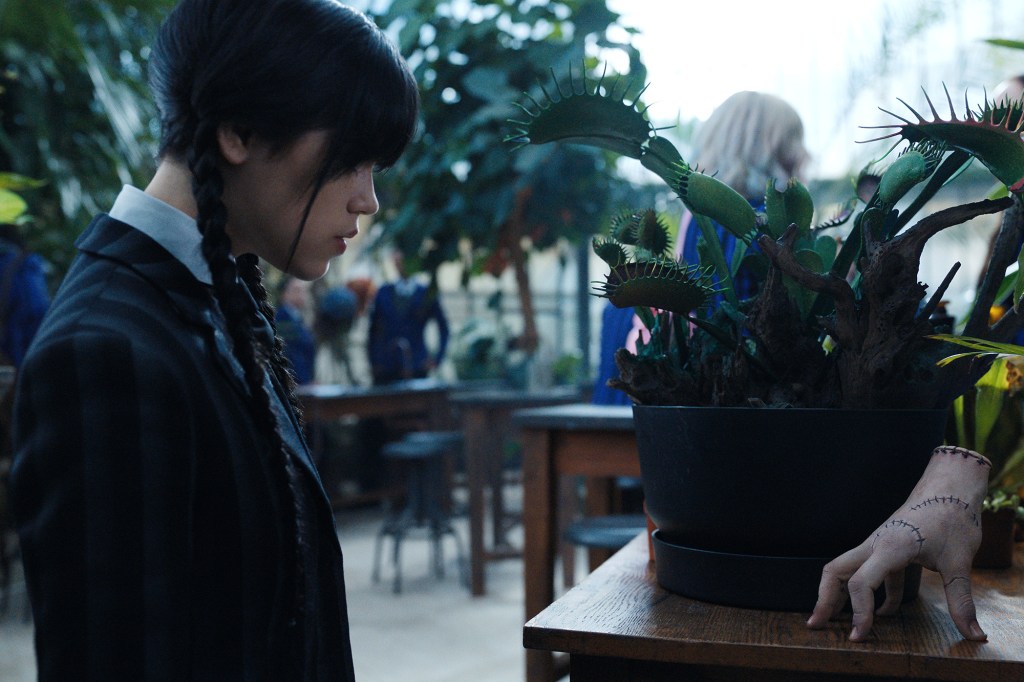 Jenna Ortega as Wednesday Addams, and Thing in “Wednesday.” COURTESY OF NETFLIX

But the side characters and the world are fun, and this could usher in a new generation of fans who might not have watched previous versions of “The Addams Family,” but who want a show that’s in a similar vein of the more recent “The Chilling Adventures of Sabrina.”

Audiences who are hungry for a well-rounded look at the family might be disappointed, since this show is focused on its titular character, with Morticia and Gomez on the sidelines. They do get some scenery-chewing moments, though, with Morticia breathily commenting, “At least it’s a beautiful day out” during a thunderstorm.

“Wednesday” doesn’t have much to offer to viewers who aren’t interested in high school antics that other shows have done better. But it’s still a treat for those who wondered what Burton’s version of this world might look like. Daddy Yankee only has 15 concerts left. We...