Disney announced today that its Walt Disney World Resort near Orlando is closing ahead of Hurricane Ian. The storm’s forecast path shifted slightly overnight to the southeast, which would have it pass just above Orlando, where the park is situated. The resort will be closed Wednesday and Thursday.

Here is the full statement:

While the full impact of the storm in Orlando is not expected until Thursday, Seminole County director of the office for emergency management Alan Harris told the Orlando Sentinel that, as Ian is a slow-moving storm, its winds and rain would likely start by Wednesday afternoon and continue until early Friday.

“Regardless of where the storm goes exactly, this will be a flooding event,” said Harris. “We could see some areas receive up to 15 inches of rain.” Seminole is just northeast of Disney World. 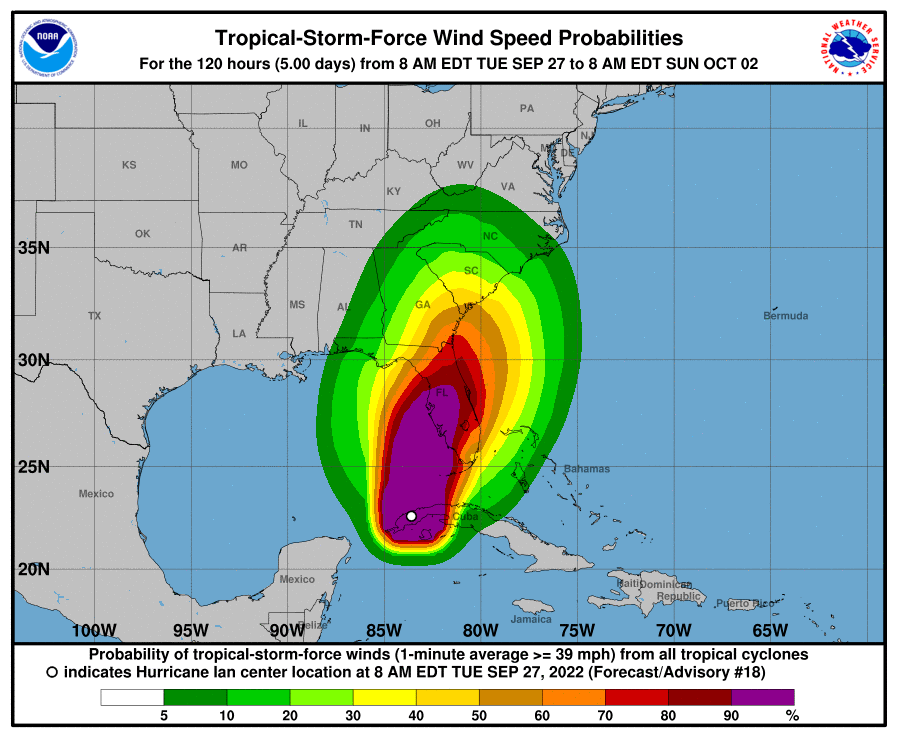 Disney’s move gives out-of-state guests a small window to get on a flight before Orlando International Airport ceases commercial operations at 10:30 a.m. Wednesday. Some guests may choose to hunker down in local hotels, given the WDW Hurricane cancelations/refunds policy on park tickets only allows compensation if there is a Hurricane Warning issued for the area by the National Weather Service. Currently, the park sits just outside that designation, though the NWS has issued Hurricane Watches “for all inland east central FL counties.”

If no Hurricane Warning is issued, the Disney World ticketing page indicates that “tickets and packages at Walt Disney World Resort are nontransferable and nonrefundable.” Deadline has reached out to park representatives and will add any comment received.

While the winds are certainly concerning for the park, “major flooding rain” may be worse. Portions of the resort are prone to flooding after even normal precipitation. Earlier this year, guests posted videos of themselves sloshing through the water as a lazy river ran down Hollywood Boulevard at the resort’s Hollywood Studios park.