LAS VEGAS — No. 12 Utah pounded a limping, bloodied Caleb Williams and roared past No. 4 Southern California 47-24 on Friday night to win the Pac-12 Championship and put USC’s College Football Playoff hopes in doubt.

The loss by the Trojans (11-2) could open the way for Ohio State (11-1) to take their spot in the playoffs. USC is fourth in the CFP rankings, the Buckeyes are one step behind.

Ohio State had to be Utah’s biggest fan. The Buckeyes move up in playoff consideration, with 12-0 Michigan at No. 2 with the Big Ten championship game on Saturday, that would give the Big Ten conference two playoff teams for the first time. It also would extend the Pac-12’s playoff drought — Washington in 2017 is the last team from that conference to make the playoffs.

Utah (10-3) is heading to the Rose Bowl, but the Utes already were going there regardless of the outcome of the title game. They are responsible for USC’s only losses, having edged the Trojans 43-42 on Oct. 15 in Salt Lake City. 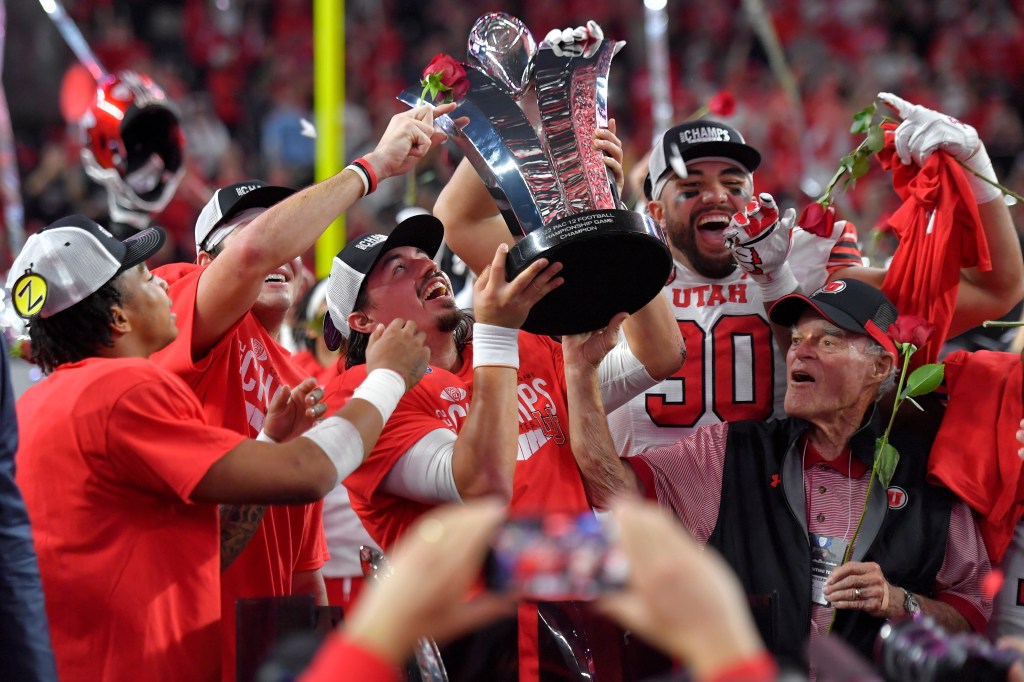 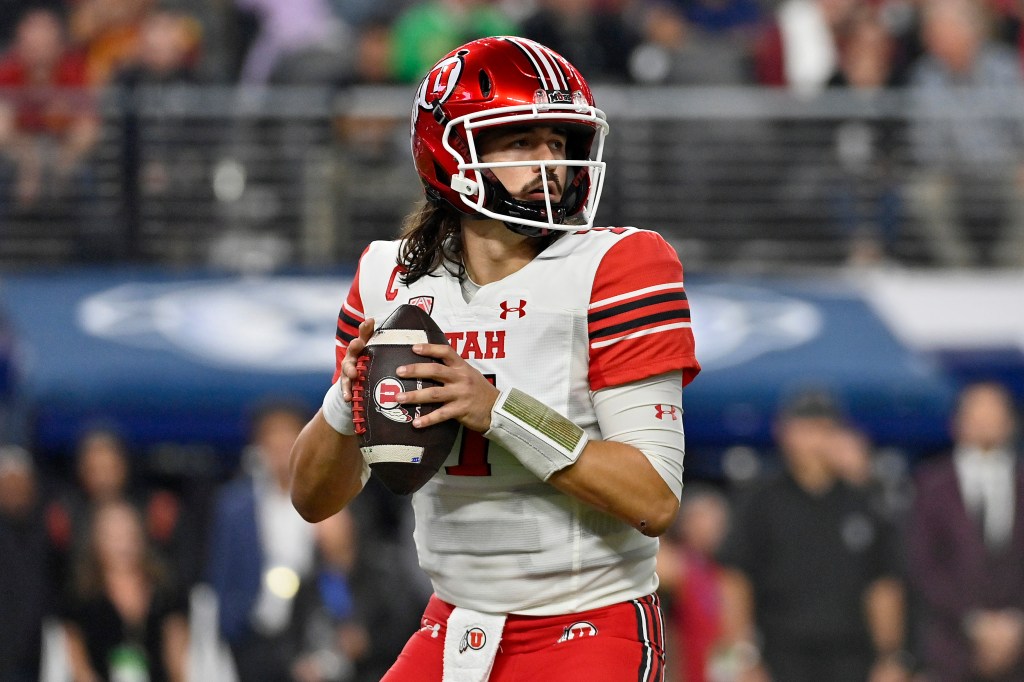 The Utes rolled up 533 yards of offense in the rematch, and Cam Rising passed for 310 yards and three touchdowns.

Williams threw for 363 yards and three TDs. He entered the game as the leading Heisman Trophy candidate, but wasn’t the same after getting injured in the first quarter.

The Trojans looked as if they were going to run away with the game, taking a 17-3 lead early in the second quarter behind some stellar play by Williams.

He appeared to hurt his left knee or leg in the first quarter on a 59-yard run in which he took a big hit at the end, and he suffered a bad cut on the pinky finger of his throwing hand. He spent most of the game limping, and wasn’t the same after a sterling first quarter in which the Trojans outgained Utah in total yards 194-70, and Williams had both touchdown passes.

After USC failed to pick up a fourth-and-8 from Utah’s 37-yard line, the Utes scored two touchdowns in the final 3:55 of the first half, and suddenly the game was tied at 17. Instead of a rout, the game was beginning to look like the shootout the Utes won in October. 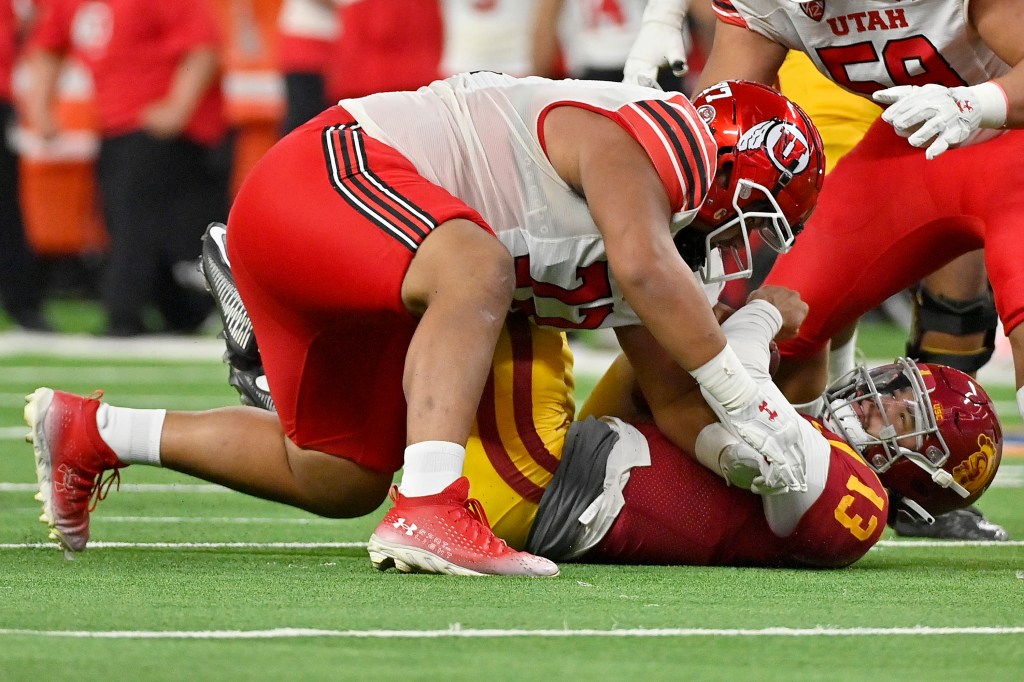 Caleb Williams is sacked during the third quarter. Getty Images

The game took on that tone at times in the second half, but USC had no answer for how to slow down Utah, which outscored the Trojans 44-7 in overcoming that two-touchdown deficit.