Our college football betting writer offers his best betting picks and predictions for the Pac-12 matchup between No. 7 USC vs. No. 16 UCLA scheduled for Saturday at the Rose Bowl in Pasadena, Calif., at 8 p.m. ET on FOX.

The Trojans have to win to stay in the College Football Playoff hunt, and the Bruins would like nothing more than to ruin their rival’s chances. Also, USC is just 8-11 all-time against UCLA at the Rose Bowl.

USC vs. UCLA predictions and analysis

The Trojans are off to their best start since also starting 9-1 in 2008. UCLA (8-2) is still feeling giddy about trampling USC 62-33 last year so tensions will be high from the outset.

There is far more on the line for the Trojans, considering the latest rankings has them atop the Pac-12 heap and a semifinals spot could be in play with No. 5 Tennessee (vs. No. 1 Georgia, SEC championship), No. 3 Michigan (vs. Ohio State, possible Big Ten championship game) and No. 2 Ohio State nowhere near settled in the current College Football Playoff pecking order. 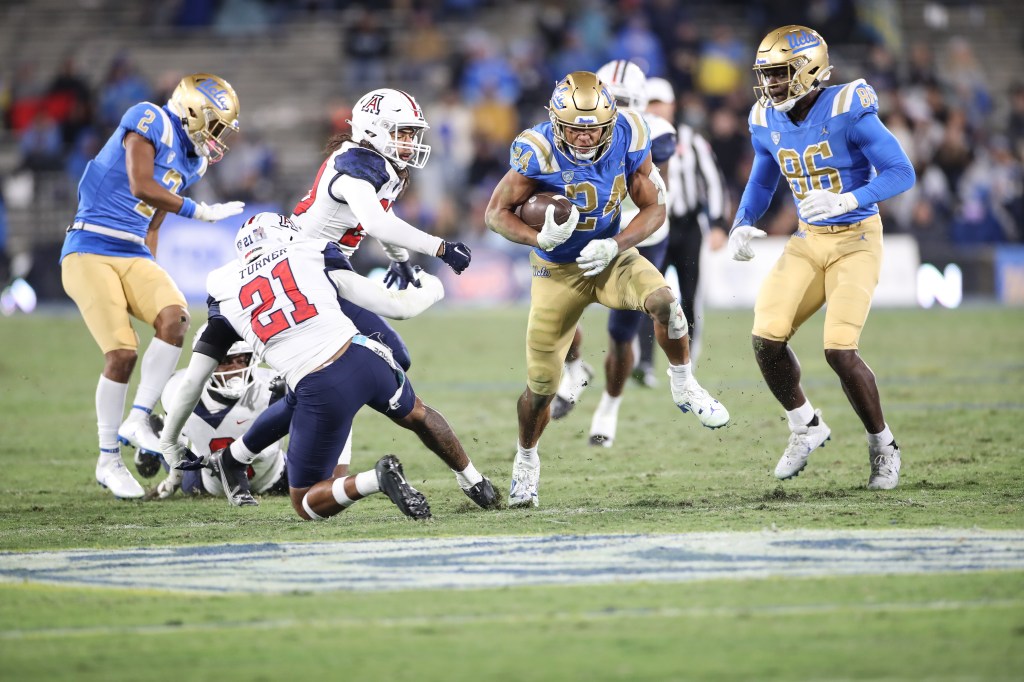 UCLA quarterback Dorian Thompson-Robinson passed for four touchdowns and ran for two in last season’s assault of the Trojans and he said the team wants to do even better this time. Thompson-Robinson even threw in a “we hate those guys across town” while surely putting a big target on his back.

However, the guy known as DTR can play and guides a powerful attack that ranks fifth in total offense (504.0 yards per game) and 11th in scoring (39.5 points per game). Thompson-Robinson has completed 71 percent of his passes for 2,385 yards and 20 touchdowns against four interceptions and has also rushed for 462 yards and seven scores.

With Zach Charbonnet averaging 7.5 yards per carry while accumulating 1,145 yards and 13 touchdowns, UCLA has the offense to again perplex the Trojans. But you can also say USC-coached Lincoln Riley is more equipped to handle a scoring fest than it was last season.

So much is on the line for the Trojans and they simply cannot squander this opportunity. USC silences DTR with a close win.

People expected the Trojans to rise up this season after the hiring of Riley and quarterback Caleb Williams is the biggest reason why USC is back in the limelight. The Oklahoma transfer has passed for 3,010 yards and 31 touchdowns against two interceptions and has also rushed for six scores.

The Trojans have scored more than 40 points in four straight games and eight times overall. They are averaging 42.4 per game and appear primed to light up the scoreboard at the Rose Bowl in what should be a shootout type of contest.

USC allows 24.4 points per game and the Bruins give up 26.4 on average. This won’t be a contest the defensive coordinators will want to watch later and we see it going above the high total. 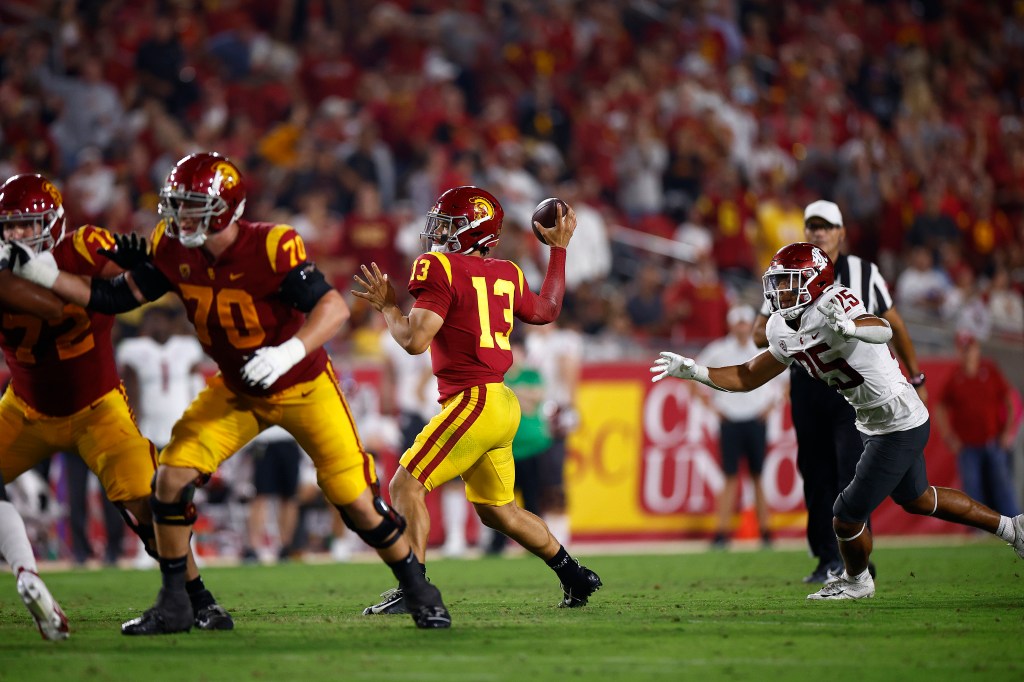 Talk about a loaded player prop market. These teams have no shortage of playmakers and produce points by the dozen. To share our logic, we considered Charbonnet’s over-under of 127 rushing yards. Lofty, though he rushed for 167 against the Trojans last season and has topped 180 in three of the past four games.

We see Williams as the guy to target due to the run he has been on — 300 passing yards five times this season and has accounted for 37 touchdowns.

Williams has accounted for five touchdowns in each of the past four games — passing for 17 and rushing for three during the span. He’ll be relied on even more heavily after leading rusher Travis Dye (884 yards) sustained a season-ending leg injury in last week’s 55-17 victory over Colorado.

Pick: Caleb Williams to pass for more than 2.5 passing touchdowns

Odds courtesy of Caesars Sportsbook. Correct at time of publishing and subject to change.