The undrafted Giants free agent linebacker out of North Carolina smiled when he read the text to The Post from Lawrence Taylor:

“I know he’s hard core and not being drafted will make him work harder. He is a solid player from what I’ve seen!!”

He met The Greatest Before the Tar Heels’ Sept. 11 blowout of Georgia State at Kenan Memorial Stadium.

“I actually met him before the game,” Fox recalled, “I was walking through the weight room, and I was like, ‘Oh, is that LT?’ And we chopped it up a bit.”

Fox recorded nine sacks last season to finish with 30. He passed LT (21) on the North Carolina career sacks list to move into third place behind Greg Ellis (32.5) and Julius Peppers (30.5).

Fox is 24 years old, a 6-foot-3, 255-pound linebacker who is a big underdog for the first time in his football life.

“If somebody didn’t see something in you at first, maybe you show ’em down the road, that kinda thing,” Fox said. “It feels like it’s just giving me a bigger stage to show people what I could do.” 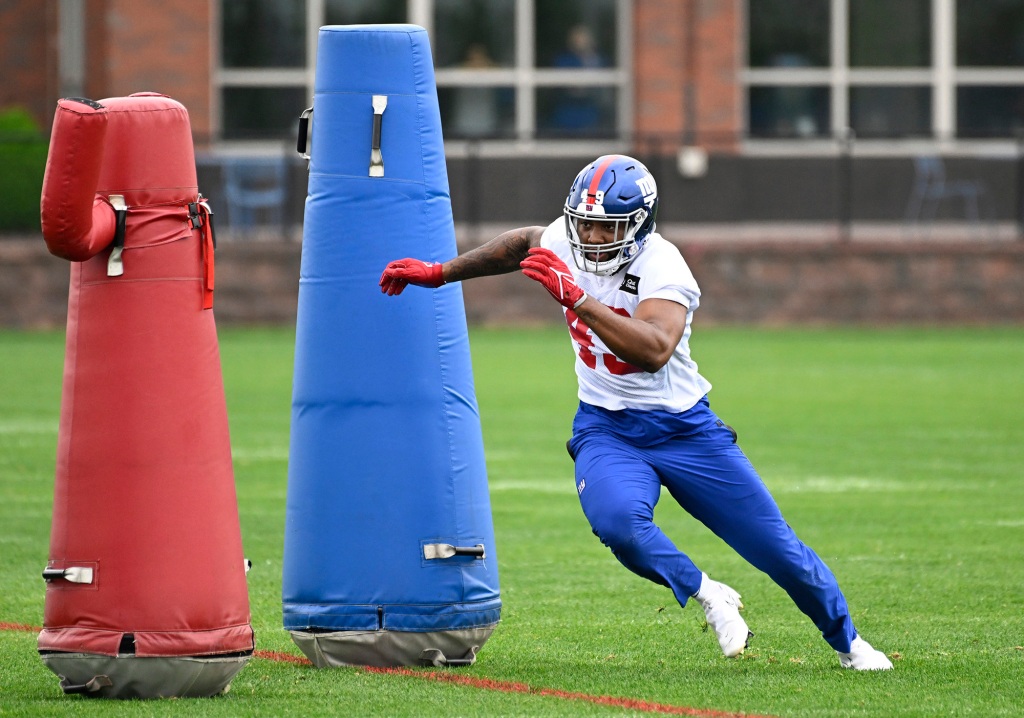 He recorded 22 sacks over his last two years at Collins Hill High School in Suwanee, Ga., and was all-state as a senior. His best 40 time was 4.64.

“My mentality is just to whup anybody in front of me, show that I’m the bigger man and win every rep,” Fox said.

He has enough pass-rushing traits to earn this once-in-a-lifetime tryout and chase his longshot dream.

“It definitely starts off with my speed, that’s one,” Fox said, “my power, my long-arm on the right side especially, and then my ability to bend around the corner.”

His brother, Tomari, is a defensive tackle entering his senior year at North Carolina. Fox credits his father, Tony, with pushing him.

Fox, who is big into art and designed tattoos for teammates, didn’t start playing football until the eighth grade.

“When he turned 12, I got him his membership at Gold’s Gym,” Tony Fox told The Post. “I know football is a hurt business, so I prepared his body for the contact.” 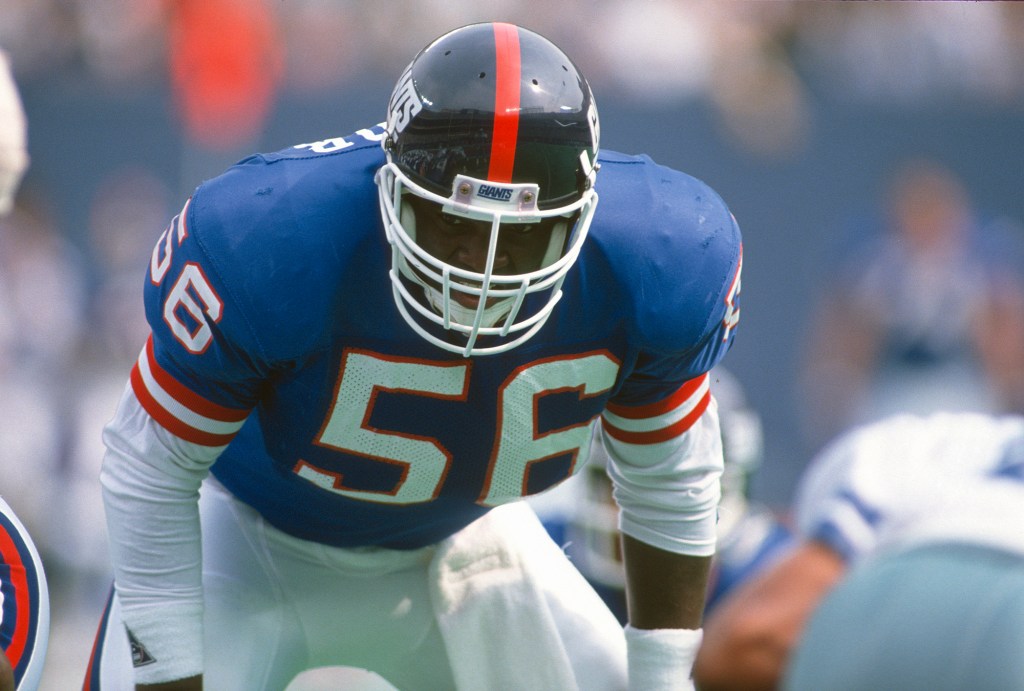 Tony likes his son’s chances, of course he does.

“Based on my understanding, they run the same defense as UNC does,” he said. “He really can come in and hit the ground running.”

Tomon Fox has been trained by the likes of pass-rush gurus Nathan O’Neal and Chuck Smith, as well as former NFL linebacker Randall Godfrey.

“He has a proven track record of being an effective pass rusher from high school,” Tony Fox said. 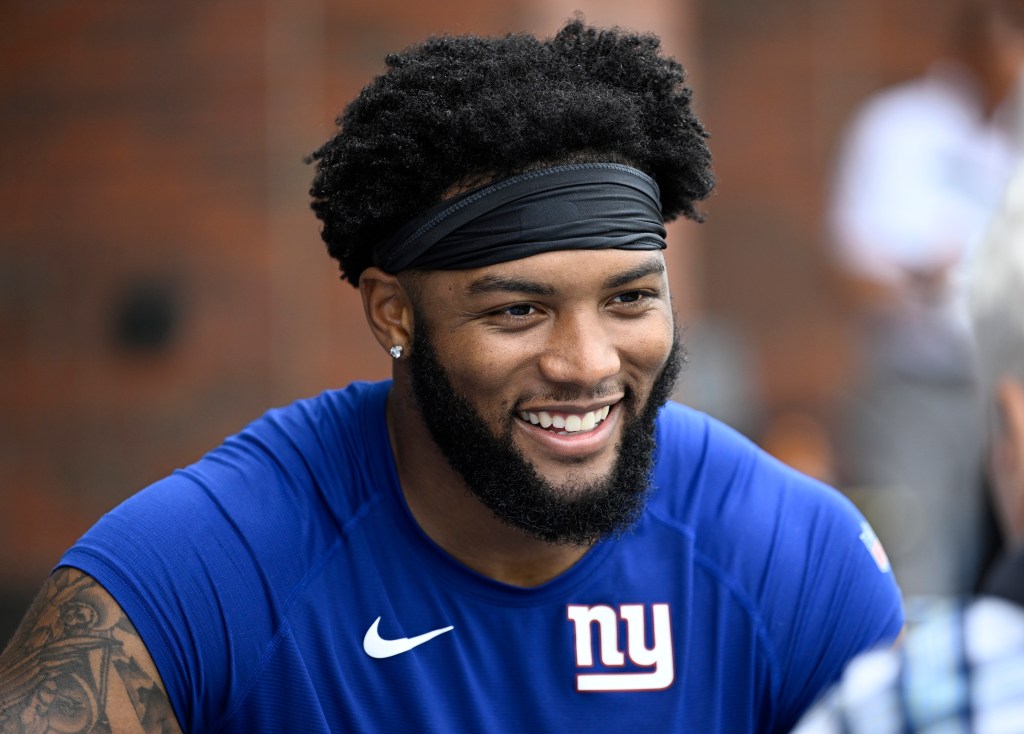 The Giants believe that top draft pick Kayvon Thibodeaux will team with Azeez Ojulari to resurrect the good old days of Big Blue pass rush. The more the merrier.

“The main goal of the NFL is not be drafted,” Tony Fox said.

Tony was there when Tomon was credited with a half sack against Virginia Tech to move past LT.

“LT’s a big name,” Tony said, “but he’s been consistent and very productive on the field.” 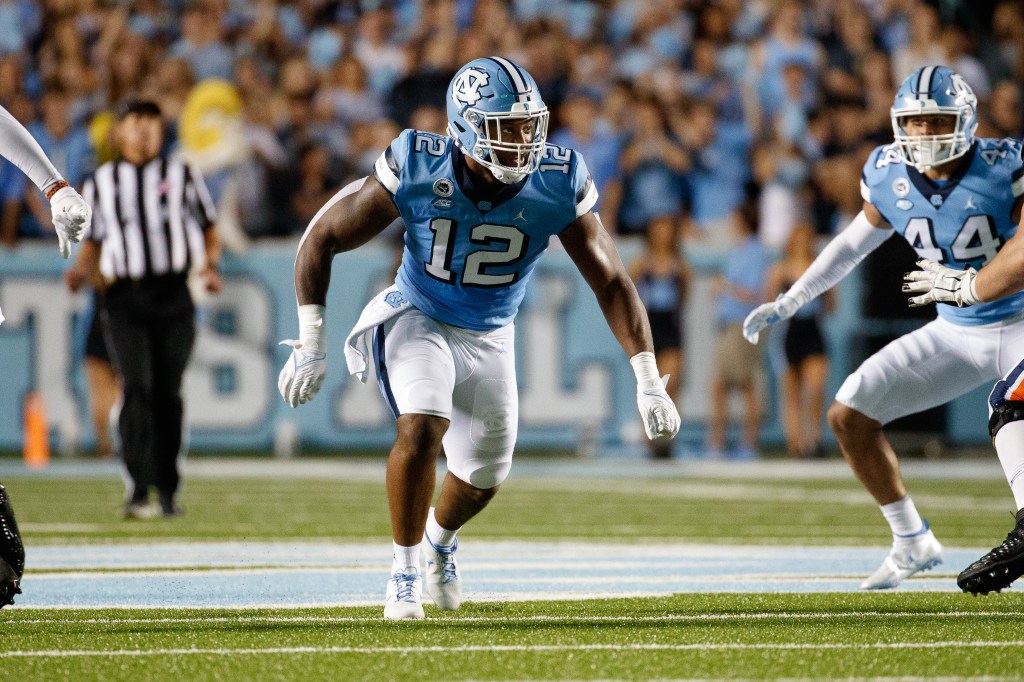 Consider it ironic that Tomon Fox hails from Lawrenceville, Ga. He was shown a YouTube quote from LT on the day of the Georgia State game:

“He’s a dedicated player, hard-nosed,” Taylor said. “He’s gonna do well in the NFL. If he keeps his head right, he might get better than me.”

Taylor wore an impish smile when he said it. He knows and everyone knows that there will never be another LT. Tomon Fox smiled again when he read the quote. I told him that LT was only kidding.

“Who knows? He put it out there so it might happen. I gotta do my thing though,” Tomon Fox said, and laughed. “That’s a long road.”

I tell him that is aiming high.