Our UFC betting expert previews UFC Fight Night — Vegas 60 Saturday. Below are his predictions and best betting picks for Saturday’s matchups in the UFC starting at 4 p.m. ET with the prelims and the main card at 7 p.m. ET on ESPN+.

The UFC returns on Saturday for a very competitive card filled with intriguing bouts to bet on. Last week, we took off because of the nonsense that ensued when Khamzat Chimaev missed weight by eight pounds.

But, we’re back in full force. Below, we breakdown UFC Fight Night from the APEX Center in Las Vegas, Nevada – specifically the main event, Cory Sandhagen vs. Song Yadong. 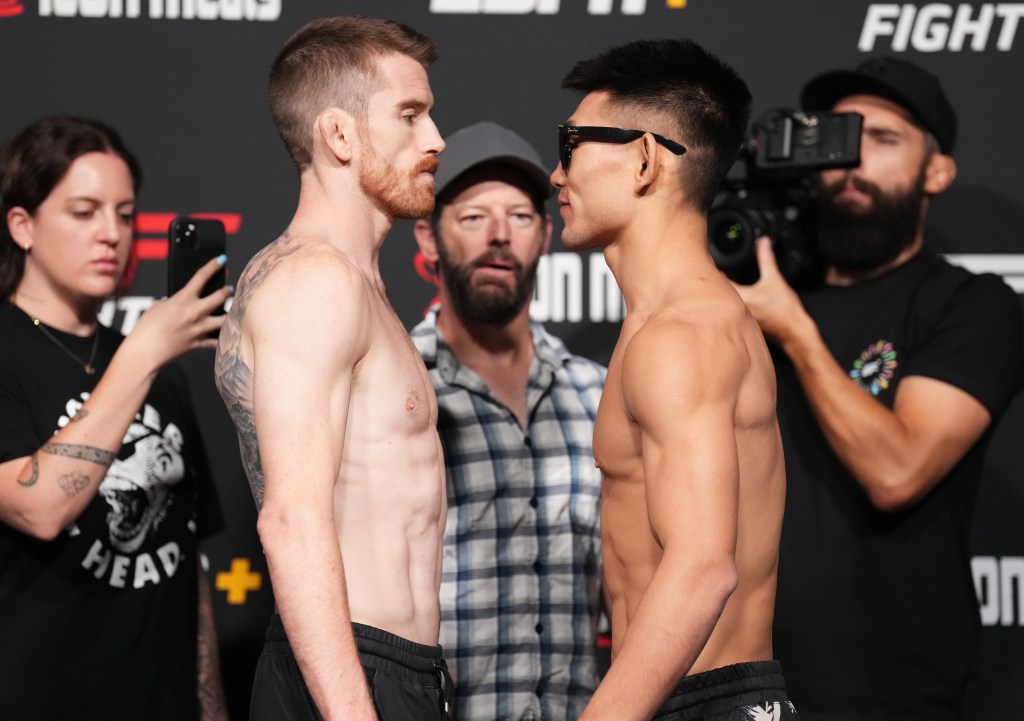 In the loaded bantamweight division, Song Yadong takes a major step up in competition and battles former title challenger, Cory Sandhagen. Yadong profiles as a tough matchup, as he has serious power in his hands. However, the grappling and volume advantages will go to Sandhagan.

If this fight were to hit the mats, Sandhagen should win via submission. However, this fight is expected to be mostly a stand-up war. It’s easy to see this one being a battle where Sandhagen feels Yadong’s power in his hands (which is substantial and getting better).

Yadong by KO/TKO comes in at +400, which is just a bit too low to take a stab at. I’d rather see +650 or better. The bet for this fight is to go the distance, and Yadong by decision +500 on FanDuel is an excellent line. This fight is similar to my play on Arman Tsarukyan vs. Mateusz Gamrot. I think Sandhagen is more skilled overall, but will he use all aspects of his game to win or get into a firefight with Yadong?

Take this fight to go the distance at -146 on FanDuel and a very small stab at Yadong wins by decision +500.

Both of these fighters are coming off knockout losses and neither is a particularly great prospect. The problem here is Motta as a -220 favorite, which is wild to see. Motta was dominated on the feet by Jim Miller, a fighter we have not really seen knock people out before.

VanCamp isn’t the best striker by any means, but he is well rounded enough that I am willing to back him to win this fight. The best moneyline price at the time of writing comes in at +164 on FanDuel and wins by KO/TKO +1000. That’s unlikely to last, but even +800 is a fine bet.

Another underdog stab for this Saturday card. Inside story of sexy, never-before-seen photos...