No. 2 QB Tyrod Taylor and WR Darius Slayton have strong chemistry after training together in Atlanta for multiple offseasons. A former starter, Slayton is on the cut border and played with the third-team offense in the intra-squad scrimmage, but plays like the leaping catch he made Monday are a reminder that he has proven big-play ability.

It was a brutal day for the Giants passing attack, marked by two interceptions from Daniel Jones (Xavier McKinney and Adoree Jackson). Jones was off the mark throwing to all levels in team drills – the timing with Kadarius Toney was out of sync and led to a drop – and even went to the sideline for one snap after a busted play, leading to Taylor’s first rep with the starters all camp. 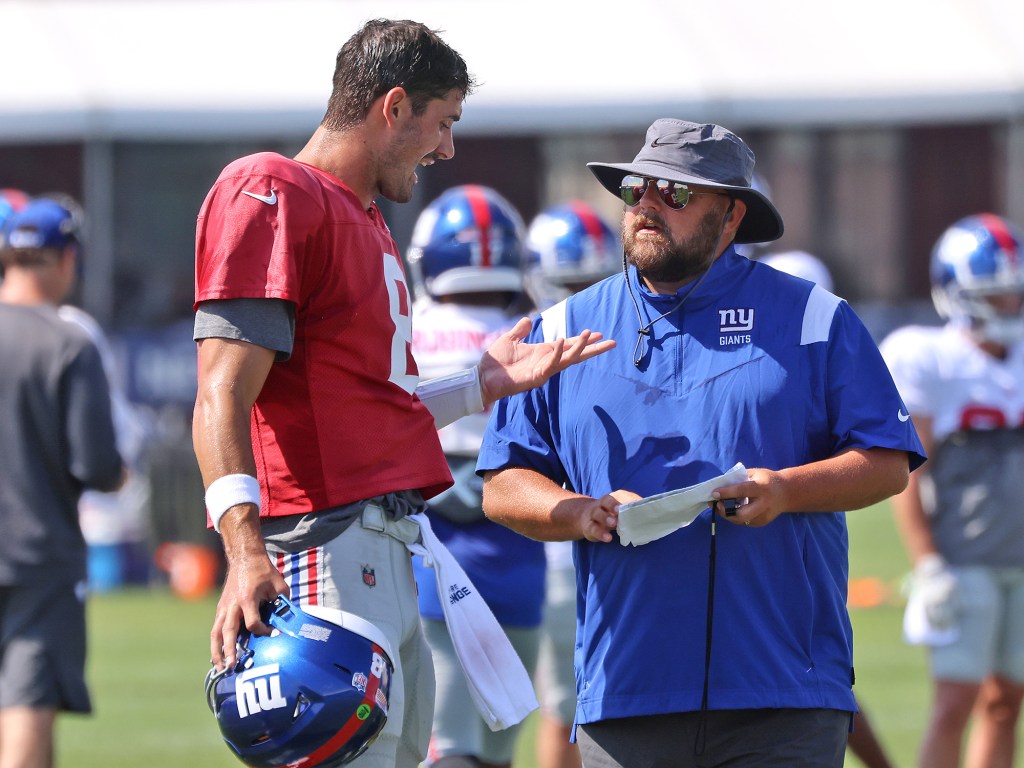 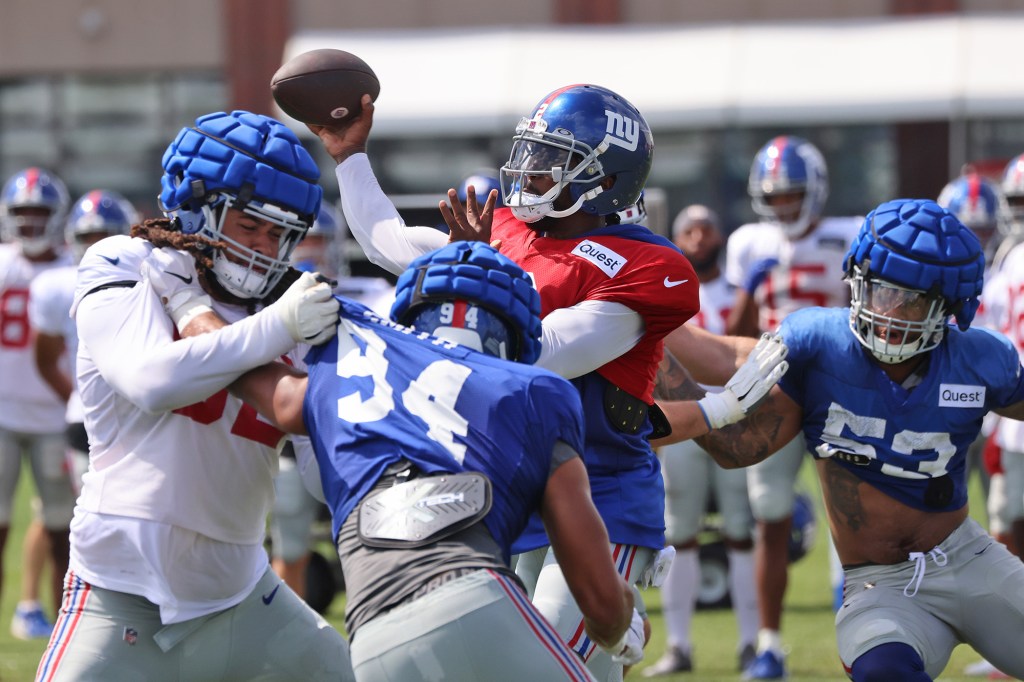 The Giants had at least 10 players back returning punts, including defensive backs Darnay Holmes and Jackson. Young receivers Wan’Dale Robinson and Kadarius Toney are part of the group, but a roster bubble player like Richie James or Jashuan Corbin could get a boost that way. Kevin Durant to Joe Tsai: Trade me or fire Sean...