Andrea Savage pivots from her trademark comedic persona to a dramatic role in “Tulsa King.”

“It’s definitely going out on a limb for me,” Savage, 49, told The Post about her co-starring turn as haunted ATF agent Stacy Beale in the Paramount+ series, created by Taylor Sheridan (“Yellowstone”) and starring Sylvester Stallone (in his TV debut) as New York mobster Dwight “The General” Manfredi, who’s dispatched to Oklahoma City by his bosses to exploit the city’s untapped (and lucrative) underworld market.

“I was really looking for [a dramatic part] and I kind of put that out in the world,” Savage said. “I wanted to do something that scares me and was going to feel like something exciting and new … and when Taylor Sheridan, Terence Winter and Sylvester Stallone come at you, you don’t ask a lot of followups. I was just like, ‘Sure. Oklahama? For six months? I’m in.'”

The timing worked for Savage (Hulu’s “The Hotwives” parody, “Veep”), since her truTV comedy series, “I’m Sorry,” was abruptly canceled after being renewed for a third season. “We were in the middle of shooting [Season 3], then we got shut down during COVID and then we got caught in a merger,” she said. “I didn’t think I was ready to jump into another comedy show.” 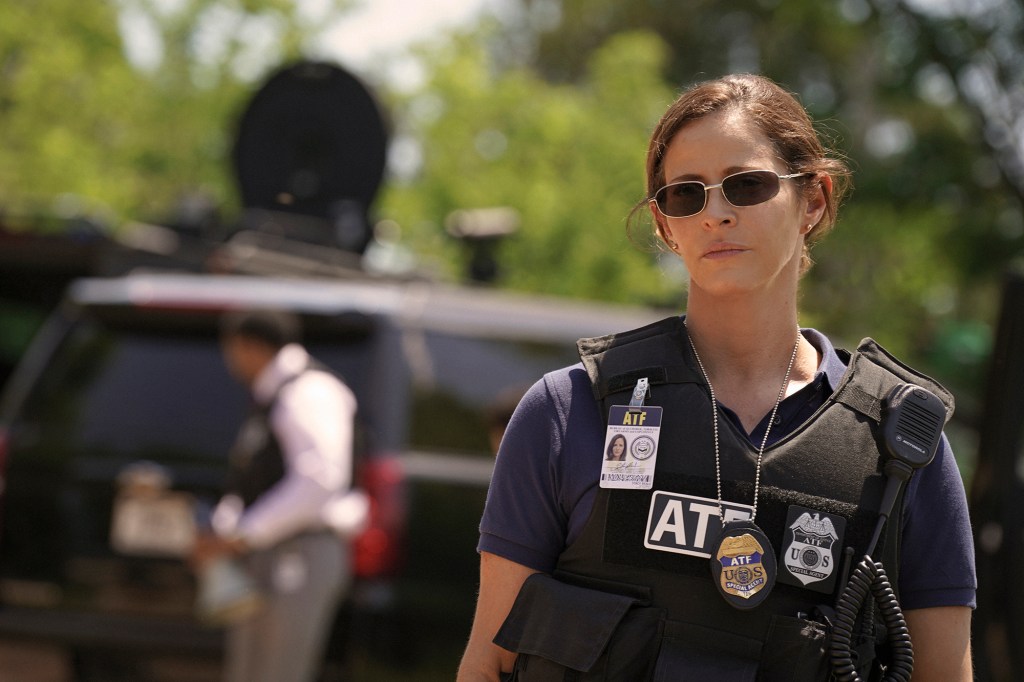 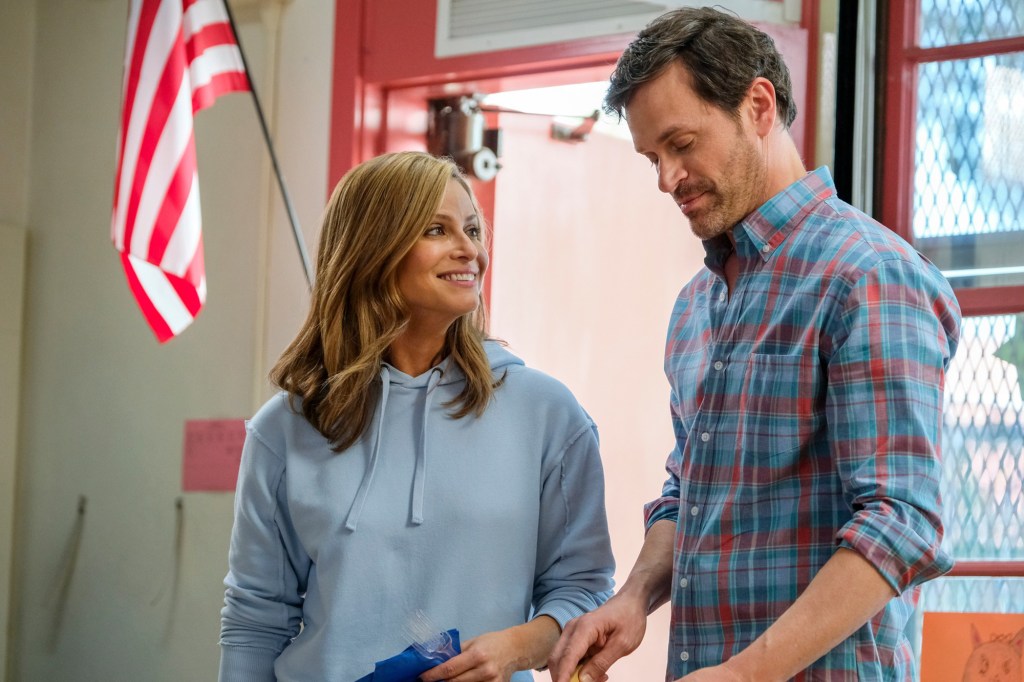 Savage said that it was Winter, the “Tulsa King” showrunner (and one of its executive producers), who recruited her for the role.

“[Winter] has a history of liking to use people with a comedic background in his projects, from Steve Buscemi (“The Sopranos,” “Boardwalk Empire”) and Ray Romano (“Vinyl”), and so he thought of me for this and, I’ll be honest, he had to convince some people,” she said. “It was not a slam-dunk. It was a long process and went back-and-forth. I ended up reading [for the role]. There were a lot of people involved and needing to make decisions with a project like this.

“I had to fight for this one.”

Once Savage won the casting battle, it was time to meet Stallone on the “Tulsa King” set while shooting a scene [in Episode 1] in which Dwight, who’s 75, encounters Stacy at a strip club (they end up in the sack).

“It was awesome and terrifying, which is my favorite spot to be,” she said. “I’m sitting in Oklahoma gazing across at Sylvester Stallone and going, ‘My life took such a fantastic, weird left turn. How did I get here?’ 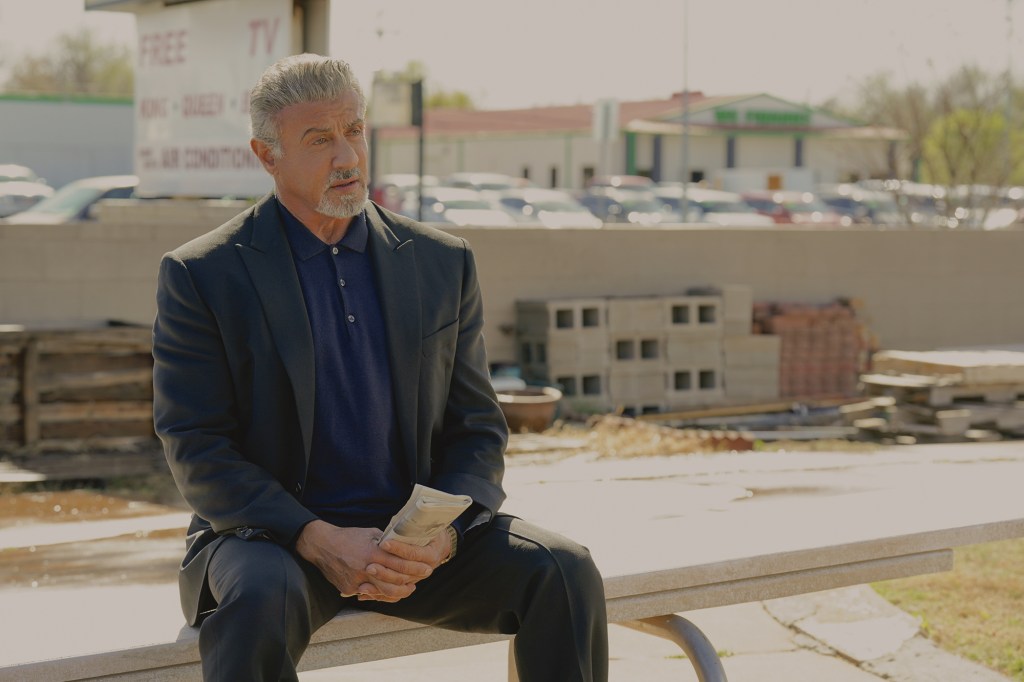 “The ice was broken [with Stallone] relatively quickly,” she said. “I’ll be honest; I was very intimidated on that first day. We’d never met before until we had to do that scene where [Stacy] is kind of coming on to him in the strip club. But he was amazing. He’s just larger-than-life. I know it’s a cliche people throw around, but he really is. We started running through scenes and he’s kind of using his arms all the time and gesturing in the scene and I was like, ‘Oh, you guys do a lot of things with your hands’ and that made him laugh.

“He was like, ‘Oh, you’re funny’ and we were off to the races. He’s good at making people feel more at ease around him because I think he knows he’s intimidating and he loves comedy — so I think I had a little bit of an ‘in’ in that way.”

The 10-episode series premiered Nov. 13 with new installments dropping every Sunday (paramountplus.qflm.net/9WG5D0), so there’s no binging this one. Savage can’t give away too much of how the rest of Season 1 will evolve for Stacy, but she did divulge a few tidbits.

“I don’t think any of us knew how much comedy would be [in the series] but I think Sly really leans into the comedy,” she said. “It does get more dramatic, at least for Stacy. There will be inherent fish-out-of-water comedic moments, but Stacy doesn’t do a lot of laughin’.

“She’s an ATF agent, and knows what she needs to do, but I will say that intention, and follow-through, are often not in line with each other, especially when you’re lonely,” she said. “We find out more, as we go along, about why she’s in Oklahoma. She’s had a rough go and is battling a lot of demons … and part of the show is about characters assessing where they are in their lives.

“She’s going through that, as is Dwight,” she said. “She’s a little bit in crisis mode, a woman in her 40s who’s kind of lost, is a bit of a drinker, has some PTSD.

“She probably should be going to her therapist a lot more than she is.”