The Dolphins tampering story continues to be a topic of conversation at NFL training camps, and particularly in Miami.

Tua Tagovailoa wasn’t yet with Miami when the tampering took place. Still, the quarterback is trying to not let the noise around it distract him and the rest of the team.

“I remember I came in in 2020,” he told reporters on Wednesday when asked about the investigation of team owner Stephen Ross. “So whatever happened in 2019, I can’t even speak on that. I was here in 2020 and I’m still here. I’m blessed to be here. If it has to do with support from the team, I think the team’s all in with me.”

On Tuesday, news broke the Dolphins were found in violation of the NFL’s tampering policies. As a result of the investigation from the league, the team was stripped of its 2022 first-round draft pick and 2023 third-round pick.

While Tagovailoa has impressed during training camp, which has helped quiet some of the criticism around him, eyes have turned toward him once again now that it has been confirmed that the Dolphins were attempting to lure Tom Brady to Miami. 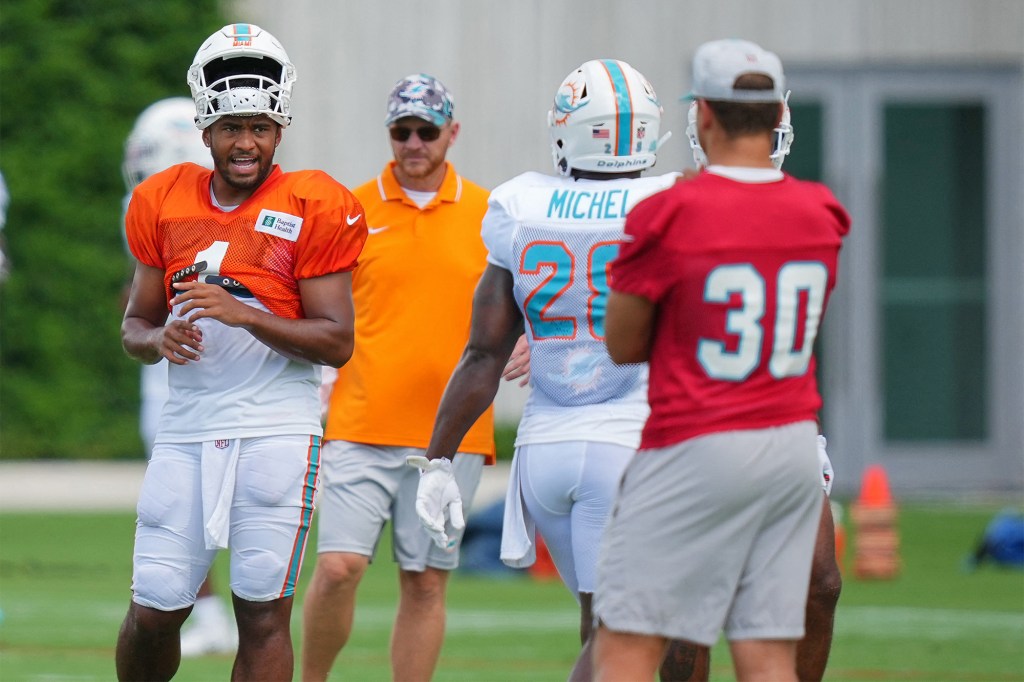 Meawnhile, Tagovailoa will look to improve upon his sophomore season in 2022 with what should be a much-improved offense thanks to the addition of Tyreek Hill.

Still, Tagovailoa’s arm remained a point of scrutiny. Last season, he threw for 2,653 yards with 16 touchdowns and 10 interceptions in 13 games.