Tua Tagovailoa is looking forward to getting back on the field.

After suffering a terrifying concussion and getting stretchered off the field during the Dolphins’ Thursday loss to the Bengals, the third-year quarterback released a statement Friday evening in his first comments since the injury.

“I want to thank everyone for all of their prayers and support since the game last night,” Tagovailoa wrote in the message posted on Twitter. “It was difficult to not be able to finish the game and be there with my teammates, but I am grateful for the support and care I’ve received from the Dolphins, my friends and family, and all the people who have reached out.”

Near the end of the first half, Tagovailoa was sacked by Bengals defensive lineman Josh Tupou, who whipped Tagovailoa down to the ground as he brought the quarterback down. Tagovailoa’s head smacked against the ground, and he remained on the ground after the hit. 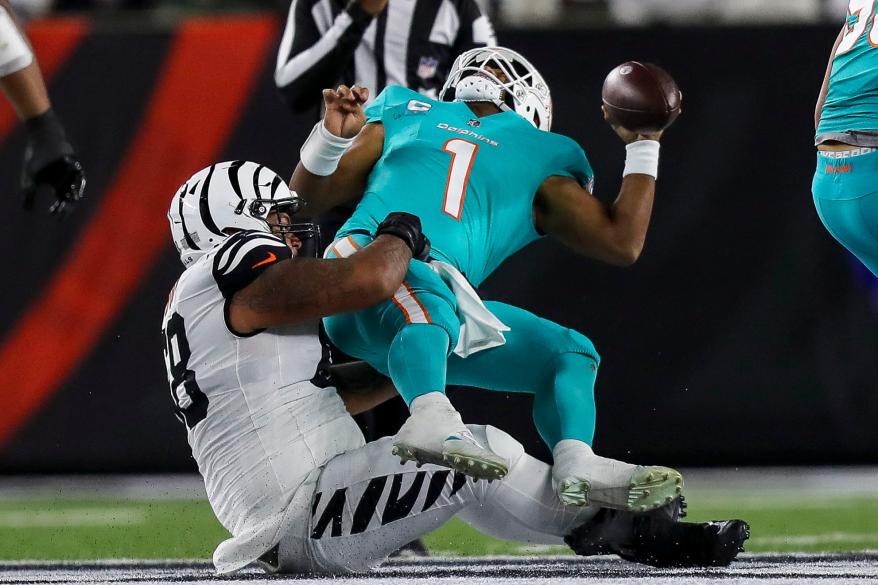 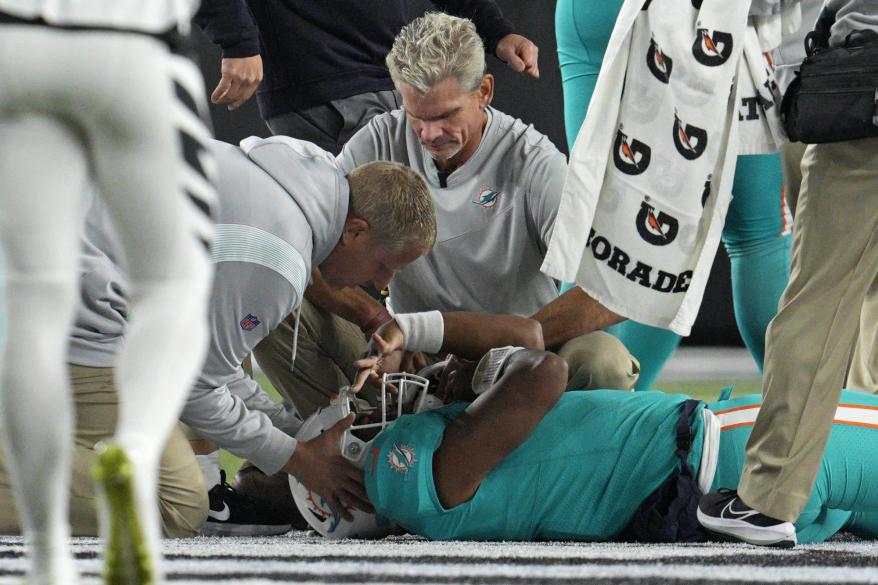 Miami Dolphins quarterback Tua Tagovailoa is examined during the first half of the team's NFL football game against the Cincinnati Bengals. AP Photo/Jeff Dean 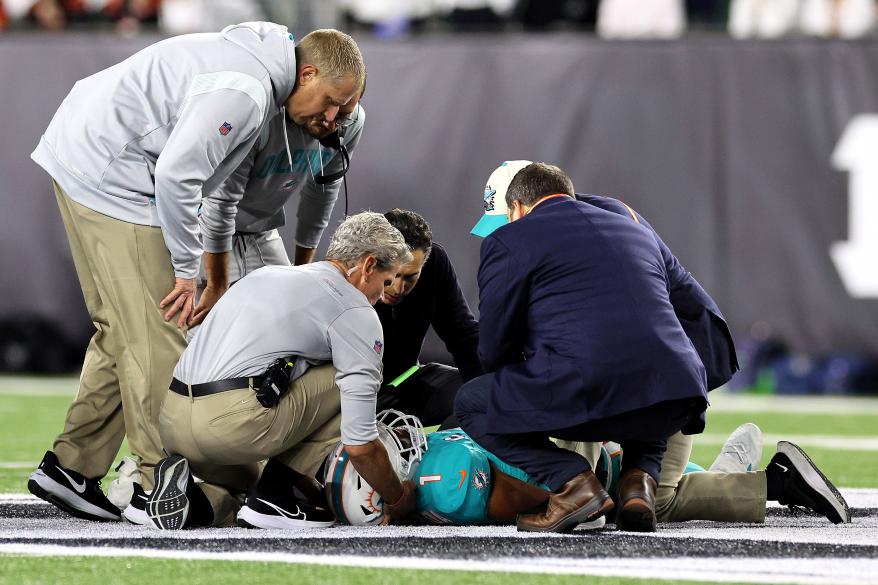 Tua Tagovailoa gets looked at by doctors on the field. Photo by Andy Lyons/Getty Images 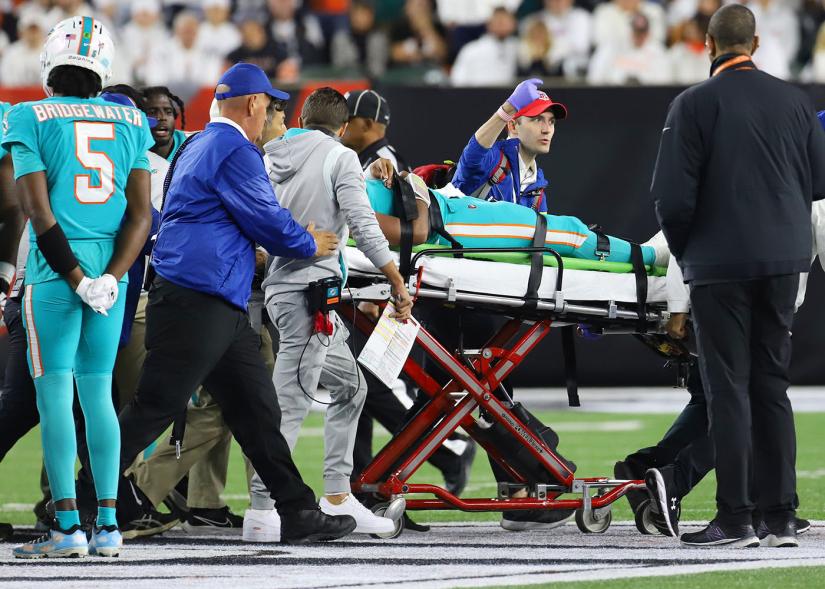 Miami Dolphins quarterback Tua Tagovailoa is carted off the field after an injury in a game between the Miami Dolphins and the Cincinnati Bengals on September 29, 2022, at Paycor Stadium in Cincinnati, OH. Photo by Jeff Moreland/Icon Sportswire via Getty Images

He was immediately transported to the University of Cincinnati Medical Center, though he was released and was able to travel home with the team Thursday night.

ESPN reported Friday morning that Tagovailoa was back at his home in South Florida.

“I’m feeling much better and focused on recovering so I can get back out on the field with my teammates,” Tagovailoa continued in the statement.

There is no timetable currently for Tagovailoa’s return.

The Dolphins, and NFL, have come under scrutiny for Tagovailoa’s injury. Just four days prior, Tagovailoa suffered a similar scary injury, smashing his head against the ground as he was hit during the team’s win over the Bills.

Despite collapsing on the field as he tried to get up, Tagovailoa returned in the second half, and then started for the Dolphins four days later against the Bengals. Tagovailoa and the Dolphins, after Sunday’s game and in the days prior to Thursday’s game, claimed that it was in fact a back injury, not a head injury or concussion.

After Sunday’s game, the NFL Players Association launched an investigation into the protocols that allowed Tagovailoa to return.

After the second injury, they again expressed their ongoing investigation and that they’d use “every legal matter” to get to the bottom of it.

tagovailoa focused getting field after scary injury
Read The Rest at
nypost.com