Doggone it. Who let the bat dog out?

The Trenton Thunder weren’t involved in Wednesday’s game between the Lehigh Valley Iron Pigs and the Buffalo Bisons at Sahlen Field in Buffalo, but but one member of the team still managed to steal the show.

Rookie, the bat dog for the MLB Draft League Thunder, was promoted to the Triple-A Bisons for the team’s dog day, and he was so excited to retrieve bats for his new club he ran out onto the field in the bottom of the first, interrupting Cavan Biggio’s at-bat and causing the cutest commotion. 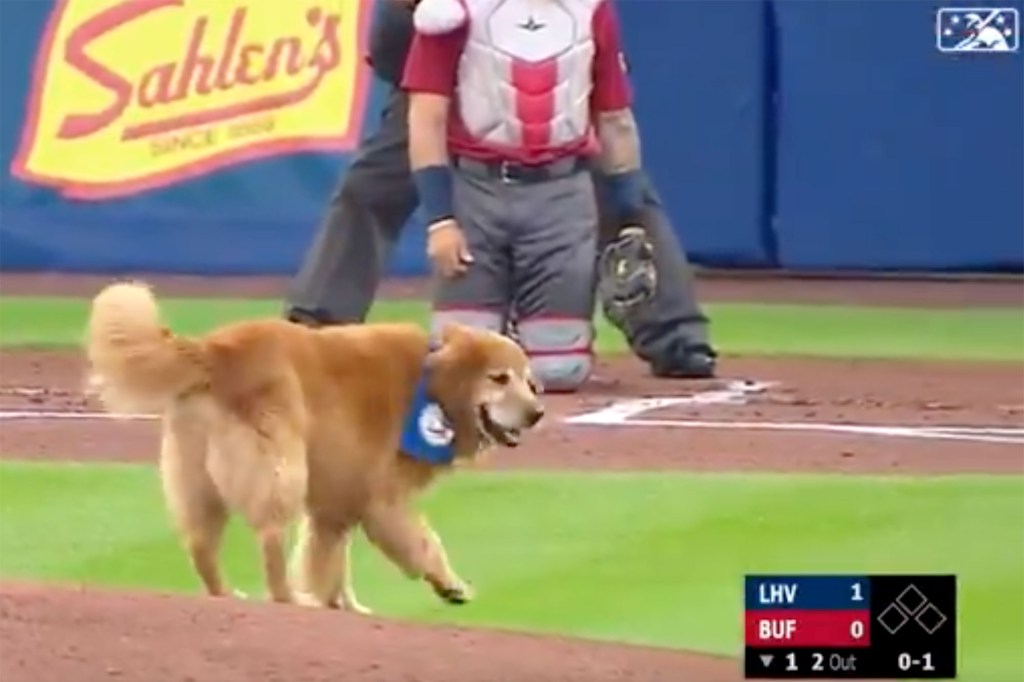 Rookie’s confusion was understandable — he saw plenty of the Bisons in Trenton this season as the team played its home games at Trenton Thunder Ballpark while the Major League Toronto Blue Jays were forced to play at Sahlen Field due to COVID-19 issues.

“I want to apologize to my fren Cavan Biggio, for running out on the field last night during his at bat in the @BuffaloBisons game,” Rookie’s Twitter account posted. “I was just so excited to be retrieving bats again. I hope Cavan and @BlueJays are not mad at me. #sorry”

Rookie attended the game as part of the Bisons’ Dog Day and it’s safe to say he was a proud Bisons for the night.

And he shouldn’t feel too guilty, because cats have regularly make surprise appearances, including at Yankee Stadium and Coors Field earlier this season.