It’s been three weeks since the Giants traded Kadarius Toney to the Chiefs and at least one of his new teammates is ecstatic New York gave up on him.

“I don’t know how he got out of that building,” Kelce said on the “New Heights w/ Jason & Travis Kelce” podcast that he hosts with his brother. “I don’t get it one bit…I don’t even want to know what happened over there. I am just extremely happy that [Chiefs general manager] Brett Veach found a way yet again to get an unbelievably talented player in this building.”

Toney, whom the G-men selected 20th overall less than 18 months ago, played in just 12 of 24 games with New York, including only two this season after initially injuring his right hamstring during training camp and later on his left one, too. Last season, he missed four weeks with an oblique injury.

In exchange for sending him to Kansas City, the Giants got back third- and sixth-round picks — a price that Kelce seems more than happy with. 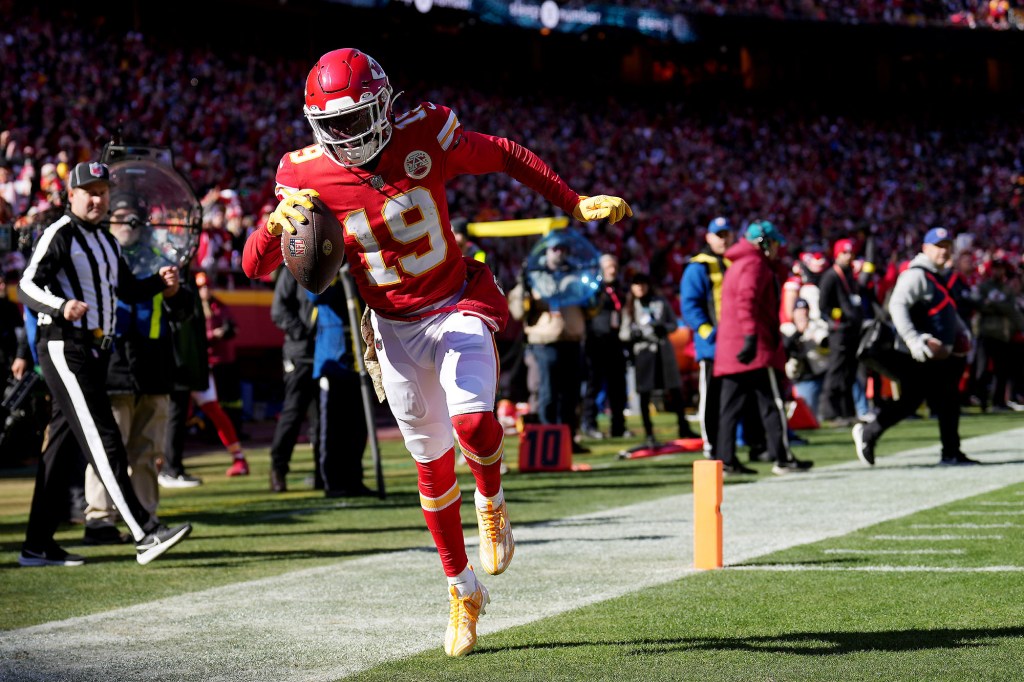 The Chiefs’ Kadarius Toney scores a touchdown in the first quarter against the Jacksonville Jaguars at Arrowhead Stadium on Nov. 13, 2022.Getty Images


“When you get a trade like that, you think there’s something you have to weigh out,” the Chiefs tight end said. “Ever since he’s been in the building it’s, man this dude’s smart, man this dude’s crazy athletic, man this guy has a lot of confidence.

“When you have a lot of confidence, that means you understand what’s going on out there. You’re seeing things, you know how to attack it. That goes back to being a smart player and a smart person. He’s been a great teammate.”

In two games with the Chiefs, including one start, Toney has six catches for 69 yards and his first career touchdown to go with 33 yards rushing on two carries. Last Sunday against the Jaguars, he had 90 total yards on six touches, which included a leaping sideline grab, a 23-yard catch-and-run with a dazzling spin move and a long jet sweep.

In limited action in his two games with the Giants this season, Toney had two catches for zero total yards. Last year, he had 39 catches for 420 yards in 10 games.

Kelce has also been impressed by Toney’s ability fielding punts.

“I never saw anyone catch punts like this,” Kelce said. “I would assume all the great ones do it like this. Usually you get a guy, a punt’s in the air, they go sprinting back to where they think it’s going to go, then they’re back there trying to adjust to it… As soon as the punt happens, he sees where it’s going, casually starts walking… 10 feet before it gets to him, finally he gets ready and just snags it and is in full gamer mode. 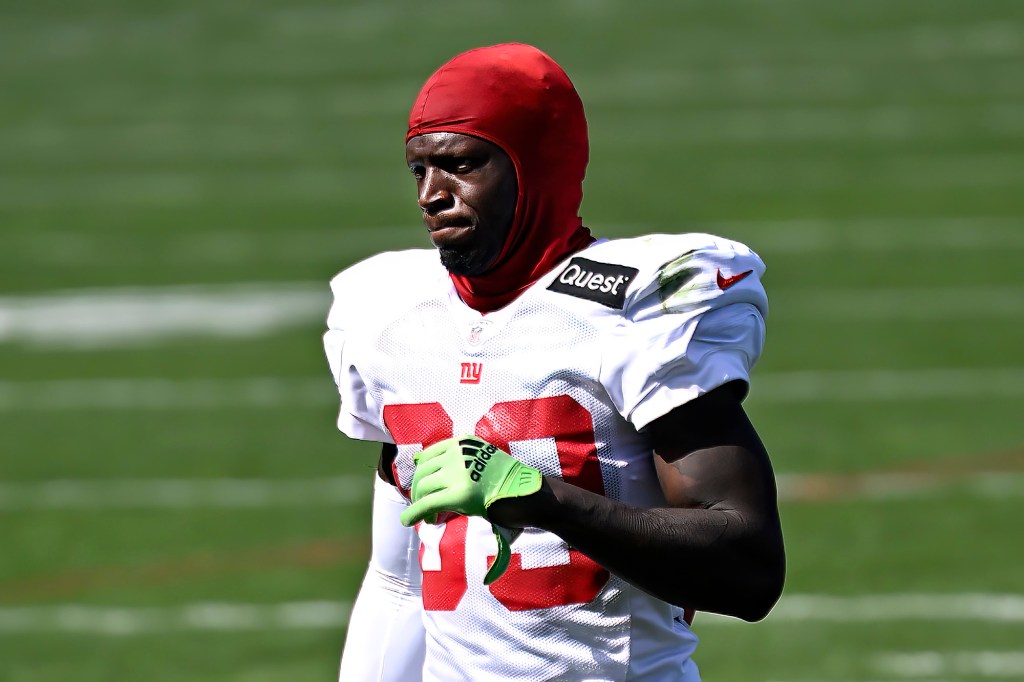 Kadarius Toney played in just 12 of 24 games with the Giants before being traded in October.Bill Kostroun/New York Post

“Crazy athlete, unbelievable player when he gets the ball in his hands and obviously can run great routes.” ‘The View’ star Sunny Hostin reveals why she...