Ryan Smith has to be the wealthiest caddie in PGA Tour history.

With Tony Finau’s typical caddie, Mark Urbanek, missing the Hero World Challenge in the Bahamas this weekend with his wife expecting a child, Smith is handling Finau’s clubs.

Smith, owner of the Utah Jazz and co-founder software firm Qualtrics, has a Forbes-estimated net worth of $1.5 billion. Smith bought the Jazz last year.

“Putting my guy @RyanQualtrics to work this week in the Bahamas! Let’s get it!!,” Finau tweeted about his temporary caddie earlier this week.

Smith and Finau had apparently been talking for a while about a way to make this caddie gig happen.

“Ryan has been a good friend of mine,” Finau told The Golf Channel. “I gave him a shout about six weeks ago and asked him if he would mind. He was more than happy to be here. He’s been a great friend and a great mentor.” 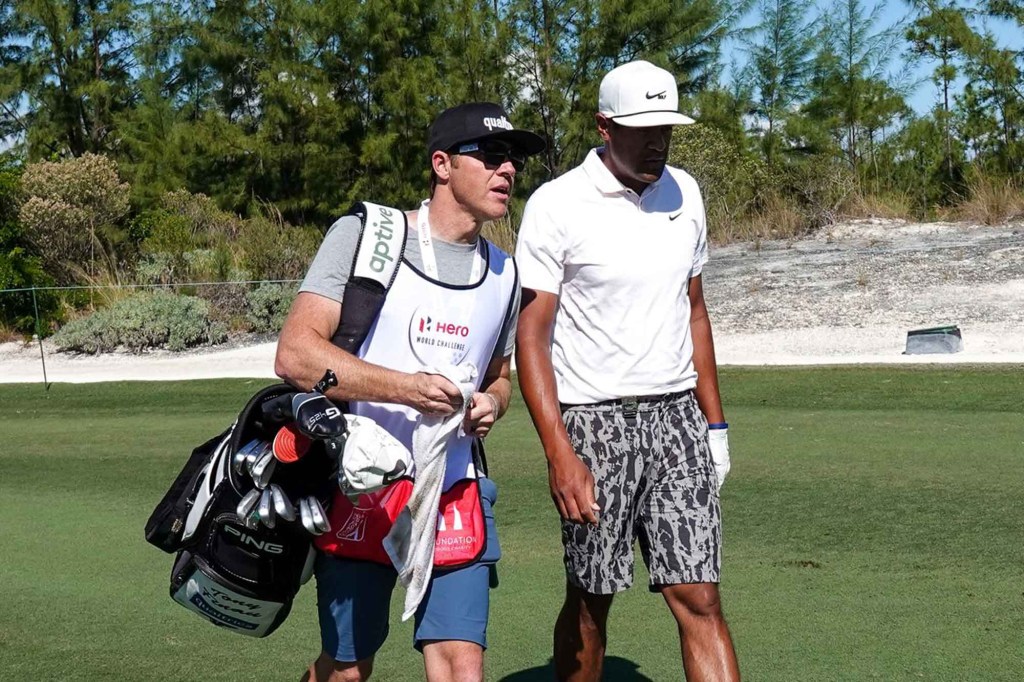 Finau quipped that the side hustle represents a stark drop in compensation for his billionaire friend.

“He’s taking an extreme pay cut, I know that,” Finau said. “It’s a fun atmosphere and the perfect tournament to bring Ryan along.”

Smith seems to know his role in the Bahamas.

Finau, 32, is a Salt Lake City native. Among his two PGA Tour victories is a win at the Northern Trust this past August. Missouri vs. Liberty prediction: Points will be...