Tom Thibodeau was the NBA coach seated on the most sizzling griddle by the end of 2021-22.

What happened? How could that be?

“The thing that I’m proud of is that we finished the season like we did the first year,” Thibodeau said Tuesday in his first session with the media since the end of the Knicks’ 2021-22 season. “If you’re doing the right things every day, you should get better as the season goes along.

“Every team is going to hit adversity. The most important thing in life is to be mentally tough when you face adversity.”

Oh, yes. There was adversity, all right. There was a complete regression across the board, and it seemed that the worse things got, the less Thibodeau’s voice penetrated. In his first season, he was able to answer every question, plug every hole. You don’t go 41-31 by accident. It doesn’t happen because of luck.

Those are the most puzzling parts of coaching, especially on the professional level, where everyone shares the same playing field. Bill Parcells went 3-12-1 once. Bill Belichick lost double-digit games three times. Before Mike D’Antoni became a seven-seconds-or-less genius with the Suns, he went 35-76 his first two NBA seasons, in Denver and Phoenix. Bill Fitch won 60-plus games in a season three times and lost 60-plus twice.

Tom Thibodeau’s second season with the Knicks was filled with issues — but he wasn’t one of them.Robert Sabo

But the two sides of a hyphen are often the only things that define a career, and a life. It was Parcells who famously said, “You are what your record says you are.” In 2020-21, Thibodeau was a guru, a savior, a mystic with healing basketball powers. In 2021-22 there was less guru-ing and more grumbling — as in, maybe it’s over for him here.

That wasn’t the allegedly brutal New York press talking, either. In fact, he was treated a lot more reasonably by the folks on press row than by the ones buying the tickets, watching on TV and clearing their throats on social media.

If Thibodeau heard the noise, he wasn’t copping to it Tuesday.

He was just getting started.

“I’ve been at this a long time. I approach it the same way. I put everything I have into each and every day. I’m willing to live with that result. There’s no one — no one — who studies this team harder than I do.”

There were a lot of things wrong with last year’s Knicks, but Tom Thibodeau’s work ethic wasn’t one of them. Nor was his level of commitment. You can take issue with the results. That’s fair — and coaches, ultimately, are judged by those results. And if the Knicks are 7-15 on Dec. 1, the judges and juries will be cranking up both their microphones and their blowtorches. It’s an unsparing job.

But Thibodeau is also a coach with a strong résumé, with gravitas. That ought to count for something when figuring out whether or not a man deserves the benefit of the doubt. And specific to the Knicks, it ought to matter what we all saw two years ago. If that first season had gone as most of us figured it would — say, 28-44 — then 35-47 would have been looked at in an entirely different light. 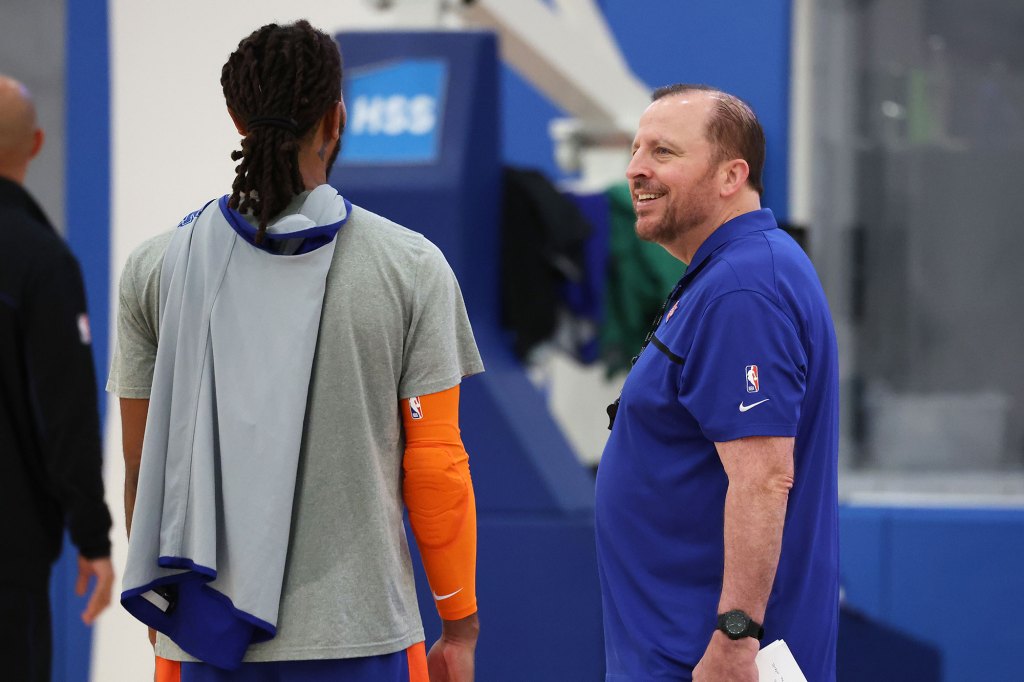 Thibodeau is ready to show his second Knicks season was an aberration. Robert Sabo

“Things can change in this league very quickly,” he said. “They can go from good to bad very quickly, they can go from bad to good very quickly. Boston at the halfway mark was below .500 last year and they ended up in the finals. We started off 5-1, we hit that lull where we had a number of guys out, and that hurt us.

“We have to find a way to win no matter who we have. Sometimes you can lose a key player and you may not be able to replace his talent level, but you can win with your defense, your rebounding, taking care of the ball, because those are team things.”

The words are the same, the ferocity is the same. If you want to reach a verdict based on two sides of one hyphen of one year, that’s your prerogative. But Tom Thibodeau knows what he’s doing. For this franchise, at this time, that’s a rare commodity.