Tom Brady looks to have done what most people do when they’ve gone through a breakup and their ex appears to already be in the arms of another — change your social media profile photos.

Twitter sleuths quickly noticed the Buccaneers quarterback changed both his profile picture and header image on the app after Tampa Bay defeated the Seahawks in Munich, Germany on Sunday. Brady’s previous header image feature himself, his kids, and his now ex-wife Gisele Bündchen on the beach. 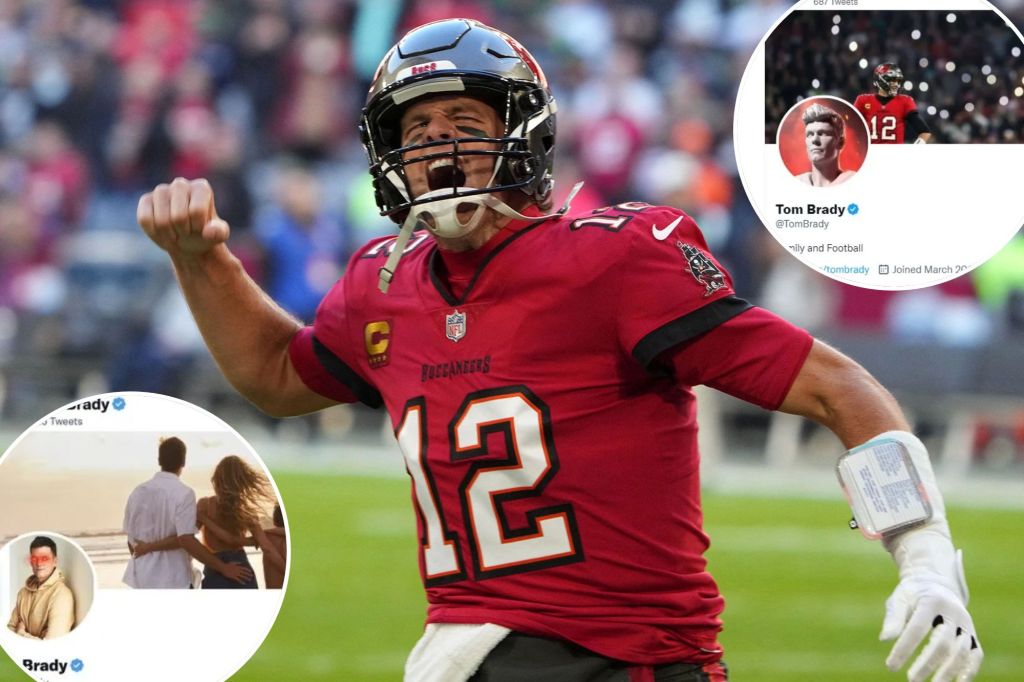 It is currently just the 45–year-old Brady during a Buccaneers game. He has two children with Bündchen: Benjamin Rein, 12; and Vivian Lake, 9. Brady also has a 15-year-old son John with former girlfriend Bridget Moynahan.

The switch comes a little more than two weeks after Brady and Bündchen finalized their very public divorce after 13 years of marriage and a day prior to photos surfacing in Page Six of Bünchden with jiu-jitsu instructor Joaquim Valente. The Brazilian model has known Valente for at least a year and half after signing son Benjamin up for lessons, according to Page Six.

There could be a separate reason for Brady choosing a new Twitter profile pic, now one that looks like a Roman bust of the seven-tine Super Bowl winner. It used to be one of him with red-laser eyes, which he used in 2021 to help promote Bitcoin and is a theme used by many involved in cryptocurrency, which has taken a hit since FTX filed for bankruptcy. Brady and Bündchen co-starred in a $20 million ad campaign for the company, receiving a stake in FTX and cryptocurrency in return.

From the looks of things, Brady’s focus is fully on football now as he looks to lead Tampa Bay back to the playoffs after a rough start. The Buccaneers have won both their games since Brady’s divorce became official and sit atop the NFC South at 5-5. ‘Dancing With The Stars’: A Judge Says Goodbye,...