EXCLUSIVE: Wanted filmmaker Timur Bekmambetov and his production banner Bazelevs are in development on a new cinematic universe based on the unexploited horror works by Stan Lee.

Bazelevs will team with ZQ Entertainment, a production company belonging to CAA vet and producer Ara Keshishian, on Sawbones and Carnival of Killers, both of which show a darker side of Lee’s world. Stan Lee’s POW! Entertainment, the company the comic book architect co-founded post-Marvel, will serve as EPs on the projects. 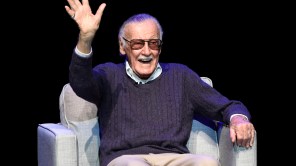 Sawbones follows a frail 12-year old, Alex Covin, who reads a mysterious comic book and is transported into the comic’s terrifying world: a haunted Juvenile Detention Center overrun by demonic forces led by Sawbones, a homicidal entity who preys upon the troubled inmates. Has Alex gone insane? Or is this nightmarish world his new reality? If he is to escape, Alex must find a way to defeat Sawbones, but he quickly comes to realize that Sawbones is the keeper of his darkness and the personification of all his fears.

Carnival of Killers, set amid the Dust Bowl storms that ravaged the American Great Plains in the 1930s, centers around a young girl with psychic abilities who senses that the traveling carnival she and her mother sought refuge in is ground zero for a looming alien invasion.

“There is no other mastermind who has created more successful entertainment than Stan Lee. I’m excited to bring to the screen the darker side of his creative genius and imagination,” Bekmambetov told Deadline.

“Some fans may not know this, but Stan Lee wrote several horror comicbook series in the 1940s and 1950s before superhero comics became big in the 1960s,” Gill Champion, POW! Entertainment’s president said. “Stan relished revisiting the genre a few years ago when he wrote these stories, and we are excited to bring them to life with a director as visionary as Timur Bekmambetov. We think fans will be surprised to experience a darker side of Stan Lee that they’ve never witnessed before!”

Bekmambetov is repped by WME. Widmyer and Kolsch are repped by Adam Goldworm from Aperture Entertainment and WME. Greenberg is repped by Verve and Shelley Browning. Max Scherzer reveals what sold him on signing...