You’ve (always) got a friend in me.

Actor Tim Allen recently opened up about his relationship with longtime “Toy Story” co-star Tom Hanks when he appeared as a guest on the “Kelly Clarkson Show” on Wednesday.

“I don’t think I’ve ever trusted a human being as much as Tom to listen to me and vice versa,” Allen said.

Allen voiced the iconic “Buzz Lightyear” while Hanks is the voice behind cowboy “Woody” in the hit franchise which originated in 1995.

“Tom and I really became close friends from ‘Toy Story 1,” Allen said. He’s a very different person than me and he eats off my plate. I come from a family, you don’t do that.”

Allen recalled having a meal with the “Forest Gump” actor in the 90’s and having some french fries stolen from his plate which led Allen to teach Hanks about plate boundaries.


Allen revealed the two often meet up and have “the most peculiar lunches,” which started during the production of the first “Toy Story” and have evolved to multiple times a year.

“We’re like two older women ’cause we will sit almost too close to each other at a booth, it’s just weird.”

During the interview, Allen mentioned the differences between the two actors, including their viewpoints. 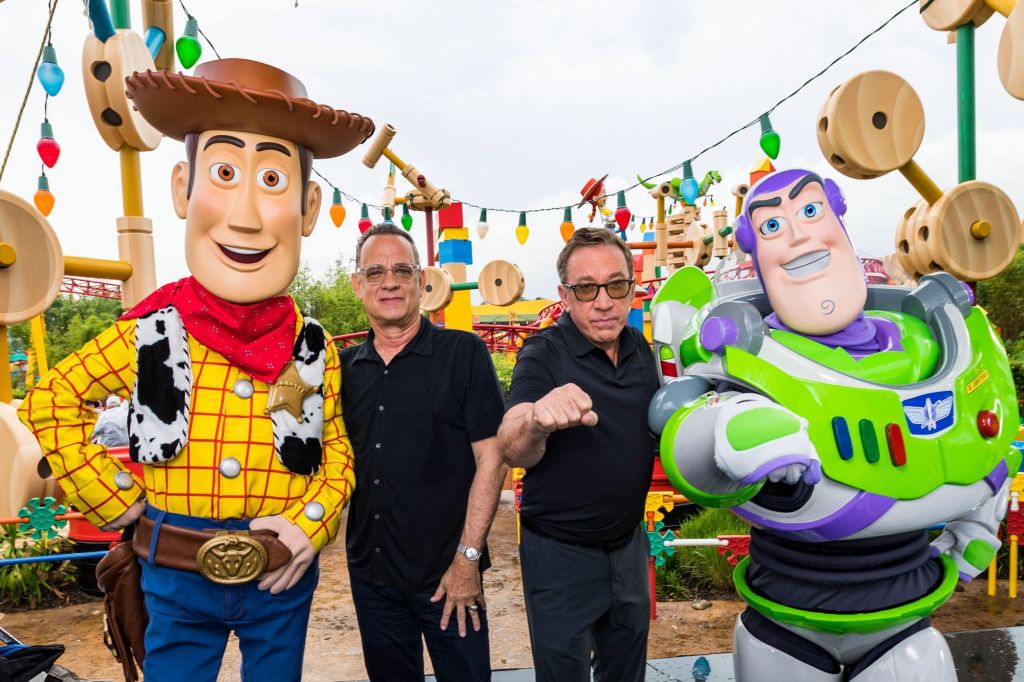 Tom Hanks and Tim Allen are co-stars in the “Toy Story” franchise.Getty Images

“He and I differ on so many things, I adore that man, his heart and mind,” Allen said.

The two have “very different opinions on so many things but he’s gotten me to accept he’s a really wonderful engaging person and is the first guy that listens to me and doesn’t judge.”

Allen, who has been known to cross the line for adding some “political commentary” into his shows, was most recently met with backlash over a few lines in the new The Santa Clauses series. Giants vs. Lions: Preview, predictions, what to...