Now this is a catfish catastrophe.

A woman’s public breakup is sparking social media mayhem thanks to a viral video in which she admits to tricking her unsuspecting boyfriend into a two-year relationship by catfishing him on their first date.

“Thinking about the time my friends and I made a catfish account on Bumble because I was too scared to talk to guys,” wrote TikTok user @virgh0eeee in the forefront of her chaotic confessional clip, which is backed by Summer Walker’s R&B ballad “Insane.”

The video has commanded a whopping 7.2 million views. And even caught the attention of MTV’s “Catfish” hosts Nev Schulman, 37, and Kamie Crawford, 29.

“I ended up matching with this guy and he asked (catfish) me on a date for drinks,” the woman continued. “So me and my friends went to the bar he was at and when he realized he got stood up and was about to leave, I approached him and started a [conversation].” 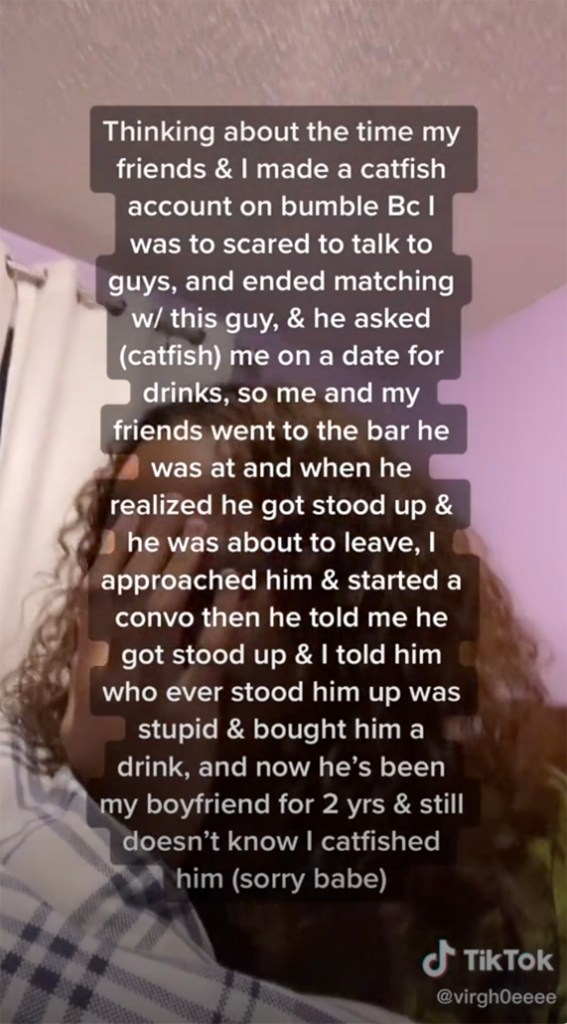 A woman is going viral after admitting to catfishing her boyfriend into a two-year romance.TikTok

But instead of coming clean and admitting she’d lured him down to the bar under false pretenses, the woman pretended to have no clue about his blind date no-show.

“He told me he got stood up and I told him whoever stood him up was stupid, and bought him a drink,” she explained. “And now he’s been my boyfriend for two years and still doesn’t know I catfished him,” the conniving temptress confessed, sealing her online admission with a coy “sorry babe” in parentheses.

Hysterical viewers applauded the woman for her hilarious dating scheme, commenting: “This is clever,” and “He should be flattered u put in all that effort for him.”

But, unfortunately, “babe” apparently felt more betrayed than he did flattered.

“Yea, I got dumped…,” the woman said in the caption of a complementary video, revealing her former sweetheart had turned sour upon learning that she’d scammed him into their romance. 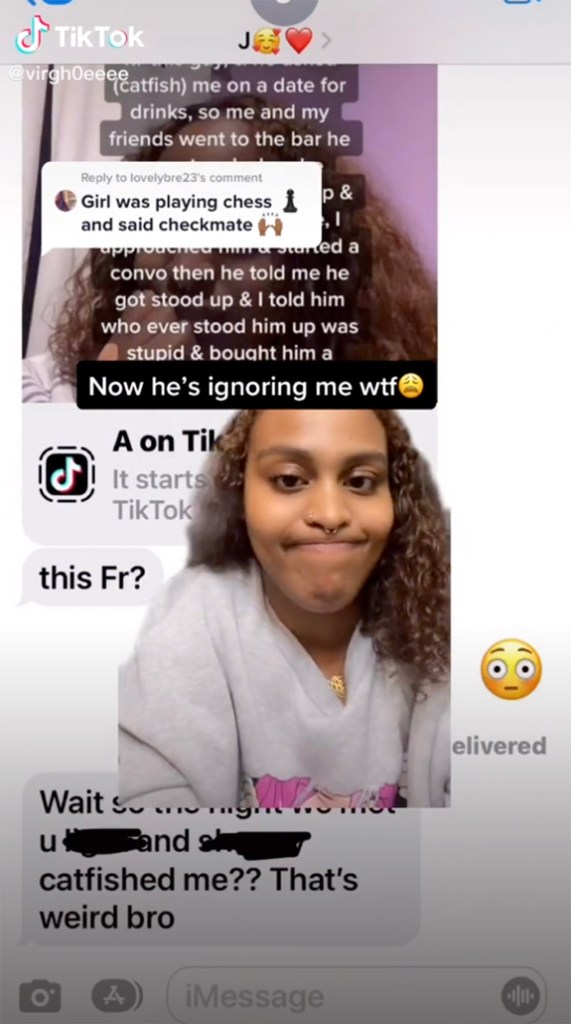 The woman revealed that her boyfriend ultimately broke up with her after she confessed to scamming him. TikTok

She went on to reveal that her ex blocked her from contacting him and deleted her from his social media following. He even allegedly threatened to have his sister rough her up, according to screenshots she shared in a separate video.

“But, you know what, it happens,” she said rolling her eyes at her. “It is what it is.”

“I’m not saying this is the right way to go about meeting the person of your dreams, but I have to hand it to this creator, it was very clever,” the “Catfish” co-host told The Post. 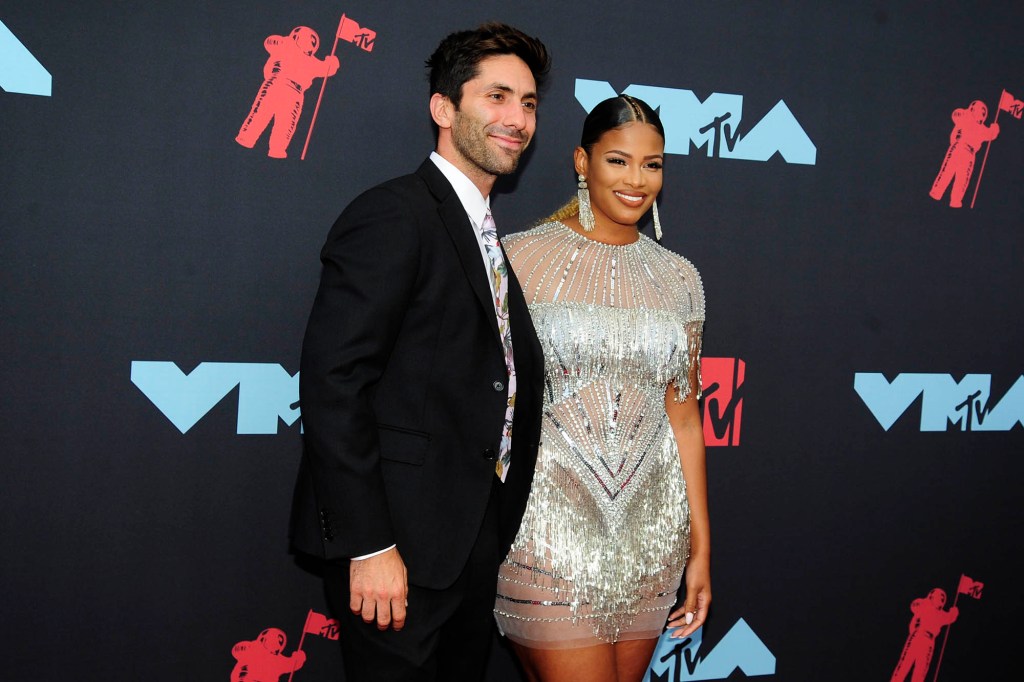 On the dating-mysteries show, she and Schulman unearth the truth behind would-be lovers who mislead their prospective paramours with phony personas online.

The MTV star also offered the newly single woman some sage wisdom for her future relationship.

“Moving forward,” Crawford advised. “She should continue to just be herself because clearly, that works even better than catfishing!” Octavia Spencer claims her house is haunted by...