This could be time for Karl-Anthony Towns-Knicks merger In happier times, right before the 2015 NBA Draft, Karl-Anthony Towns warmed to the idea of making Madison Square Garden his home sweet home. He was a Knicks fan who grew up in Jersey watching tapes of everyone from Clyde Frazier to John Starks, and as a 6-foot-11 Kentucky center with all kinds of game, he was a good bet to become the No. 1-overall pick.

The Knicks were on their way to a 17-65 finish, and Phil Jackson had one of his front-office executives, Mark Warkentien, studying Towns from head to toe. One NBA scout said Warkentien had spent so many days in Kentucky on the Knicks’ dime that he could “vote in local elections,” and Towns had very little problem with that.

“It would be an honor, not only as a player, but as a Knicks fan, to be able to play for that organization,” Towns said at the time.

Kentucky assistant Orlando Antigua, once a ballplayer from The Bronx, called Towns “a perfect fit for New York.” But it didn’t work out for the Knicks, because nothing ever worked out for those Knicks. The 16-66 Timberwolves got the first pick and grabbed Towns, while the Knicks selected a prospect at No. 4, Kristaps Porzingis, they would mismanage before shipping him out of town.

Not that Minnesota has been a walk in Central Park for Towns. In fact, in his first six years, the Timberwolves managed five losing seasons and one lousy trip to the playoffs. Tom Thibodeau was the coach who led Towns to that postseason berth, but the feel-good vibes between both were short-lived. One of Thibodeau’s guys, Jimmy Butler, ran roughshod over Towns, and after Thibs was fired the big man talked publicly about wanting a coach who promoted “a family atmosphere” and developed players “as human beings and men.” 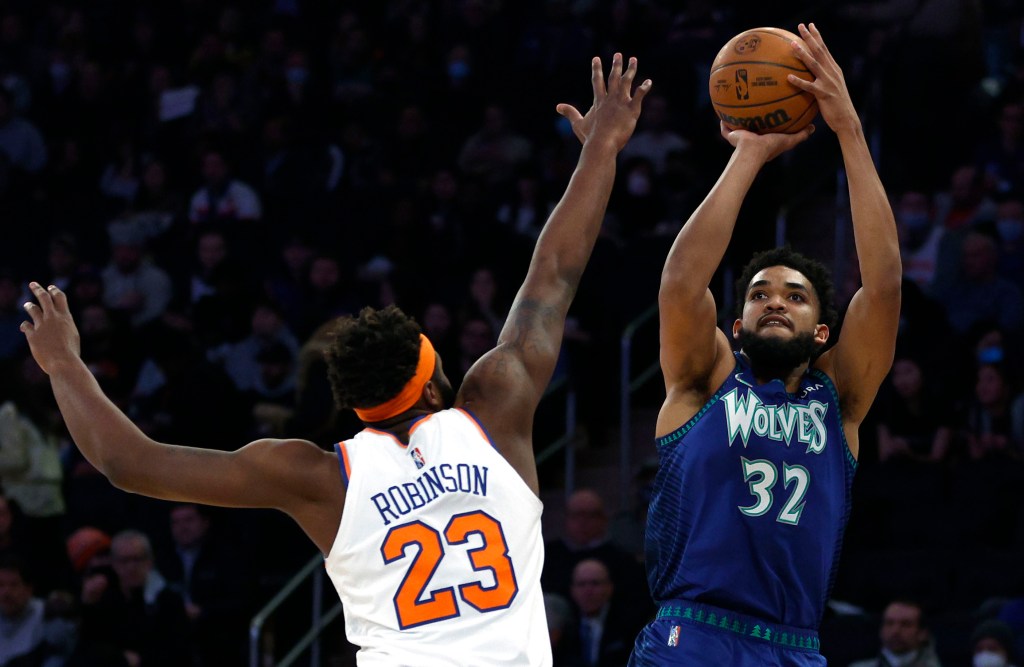 Off their dramatic revival last year, the Knicks haven’t made the anticipated next step toward contention. Whatever identity the Knicks had, they’ve lost. Leon Rose didn’t improve the team with the free-agent signings of Evan Fournier and Kemba Walker, and his trade for Cam Reddish — though praised in many circles — clearly hasn’t made Thibodeau do any cartwheels. On top of that, entering this Minnesota game, Julius Randle had regressed as a player and as a fan favorite. 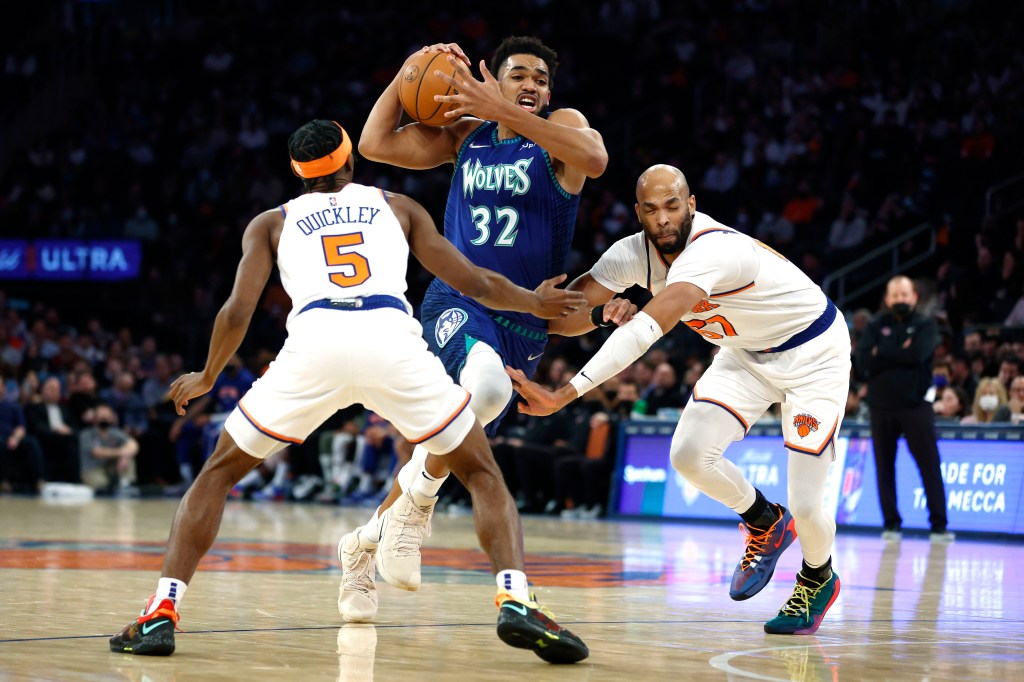 So the Knicks’ small-picture struggles have turned a spotlight on their biggest big-picture issue — the lack of high-level star power at the top of their roster. RJ Barrett is developing into a star, no question, but it’s hard to ever see him joining LeBron James, Kevin Durant, Steph Curry and Giannis Antetokounmpo as players who can lead a franchise to a title. Barrett is going to need help. He is going to need a partner more talented than Randle.

Towns is more talented than Randle.

Over the years the Knicks have chased the Michael Jordans, LeBrons and Durants and have whiffed every time. So it’s pointless to consider their chances of landing one of the league’s signature players over the next year or two. They haven’t earned that benefit of the doubt.

But Towns probably belongs in the category of realistic targets, along with the likes of Damian Lillard, De’Aaron Fox and Zion Williamson, though Zion’s health and weight have taken him off the board. Towns has another two years left on his contract, and who knows if Alex Rodriguez will give him another A-Rodian-sized deal. Minnesota might decide to trade Towns between now and then for young assets, and then build around Anthony Edwards, a staggering talent at age 20.

Would Towns want to play in New York as much as he did seven years ago? One longtime friend told The Post this on Tuesday: “In his heart of hearts, I can’t see Karl not wanting to return to this area.” The friend mentioned how much Towns loved his October return to his Metuchen, N.J., high school, St. Joseph, for his Hall of Fame induction, and how those who attended observed that the player seemed very much in his element.

Would Thibodeau want a Round 2 with the center after such a messy end to Round 1? One person close to the Knicks coach said that Thibs might need would some convincing from Rose, Towns’s former agent, to agree to a deal. A second person close to the coach said that Thibs’ relationship with the center in Minnesota wasn’t half as bad as it was portrayed and that he would welcome a reunion.

Before Tuesday night’s game, Thibodeau sure sounded like someone who would like to have Towns back on his side.

Or maybe it’s just a good time to play fantasy basketball because the reality of the Knicks is a lot less fun.

could anthony towns knicks merger
Read The Rest at
nypost.com Identity Line finally starting to give...