These celebs inspired people to push past their limits: poll Six in 10 (59%) Americans credit a celebrity with helping them push through a limit in their lives, new research suggests.

A recent poll of 2,000 US adults over the age of 30 found people have pushed on through a tough time personally (44%), taken on a challenge they didn’t think they could do (44%) and improved their physical health and nutrition (41%) thanks to a celebrity role model.

Sixty-nine percent said they’re more likely to respond positively to celebrities if they know they’re struggling with a similar issue.

Oprah Winfrey, Dwayne “The Rock” Johnson, Bear Grylls, Rebel Wilson and Tyler Perry are among the role models who have inspired people to push past limitations such as fear and self-doubt.

Conducted by OnePoll on behalf of cell health brand MitoQ, the survey also found people’s biggest barriers to success are lack of energy (44%), time (39%) and willpower (38%). 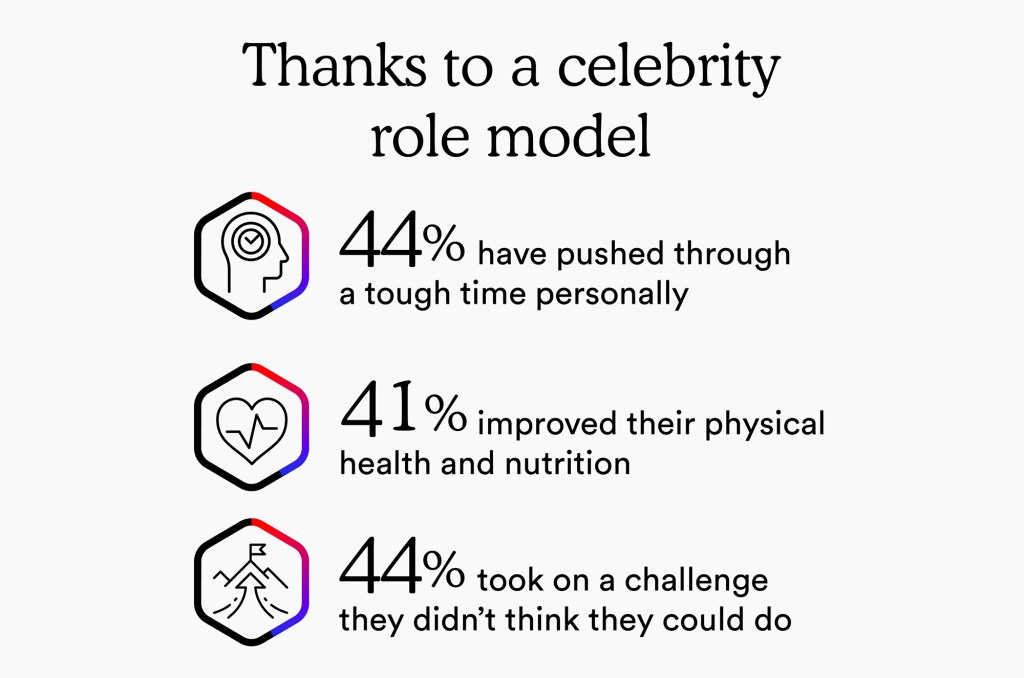 Nearly six in 10 (59%) said they “always” or “often” experience low energy and 49% lack stamina with the same frequency.

If there were no limits in their lives, 43% said they would become an entrepreneur, more so than a visual or performing artist (28%) or a lawyer (27%). Other goals included being “a drug counselor,” “animal rescuer,” “crime scene investigator,” “veterinarian,” and simply “a good mom.” 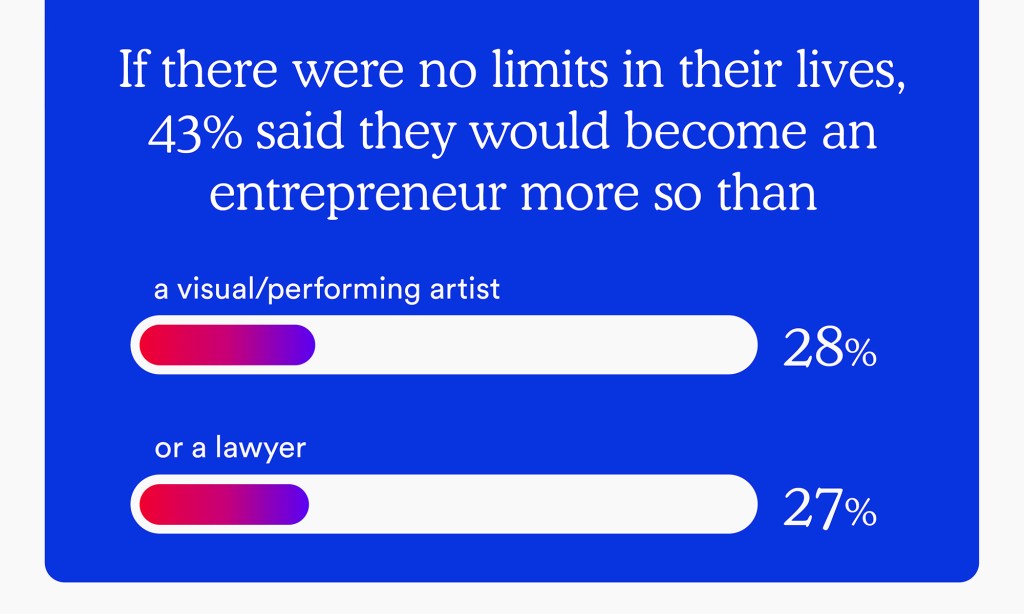 Six in 10 Americans credit a celebrity with helping them push through a limit in their lives.MitoQ / SWNS / OnePoll

However, respondents’ most relatable role models aren’t far from home — 52% pointed to parents and immediate family, more so than a close friend (44%) or favorite celebrity (41%).

Over half (51%) said that their role model communicating in a conversational, easy-to-understand manner is key to relatability, while less than a third deemed it necessary for a role model to be the same age/generation or gender (34% each) as themselves. 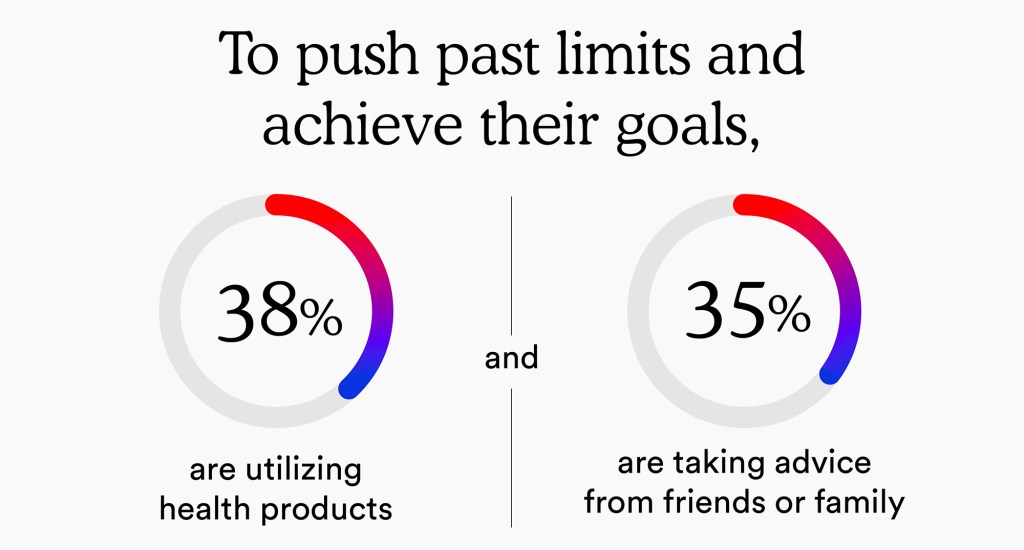 However, respondents’ most relatable role models aren’t far from home — 52% pointed to parents and immediate family, more so than a close friend (44%) or favorite celebrity (41%). MitoQ / SWNS / OnePoll

Regardless of their role model of choice, people’s heroes have inspired them to stay optimistic in challenging times (35%) and do things to help others (34%).

Celebrity fitness trainer and MitoQ ambassador Gunnar Peterson knows a lot about inspiring people to push through, has worked with Hollywood A-listers and was a strength coach with a championship-winning NBA franchise.

“No one can do it alone, having good support is important. I get mine from my family, but also from the inside as well,” he said. “I can’t afford to be limited by low energy or slowing down, and once I knew that most of the body’s energy comes from deep inside cells, I looked for ways to improve that.” 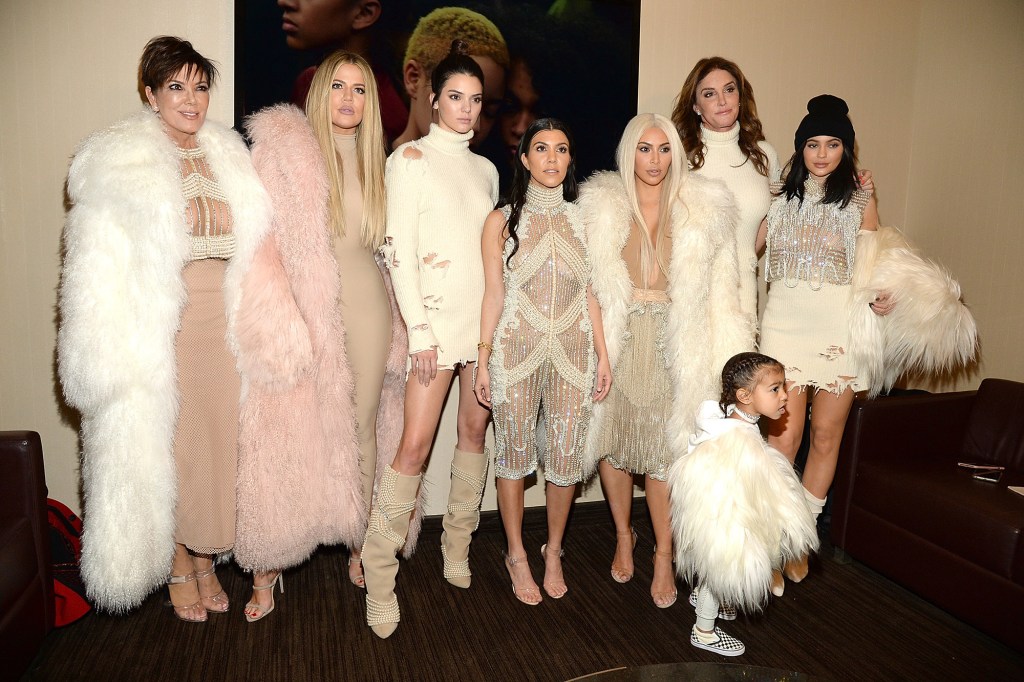 The Kardashians made the list in the ninth spot.Kevin Mazur

To push past limits and achieve their goals, many respondents said they wish they had more support, particularly in the form of health products (37%), advice from their close circles (36%), and a fitness/nutrition coach (36%).

More than half (55%) of the people in this survey said they’re not familiar with cell health. “I think they’re missing an easy fix,” Peterson responded. “If you can find a cell health product that’s been bioengineered to get deep into cells and boost your body’s daily energy, focus and endurance levels, then that’s taking away some significant limits on what you can achieve with your life, and why wouldn’t you do that?” 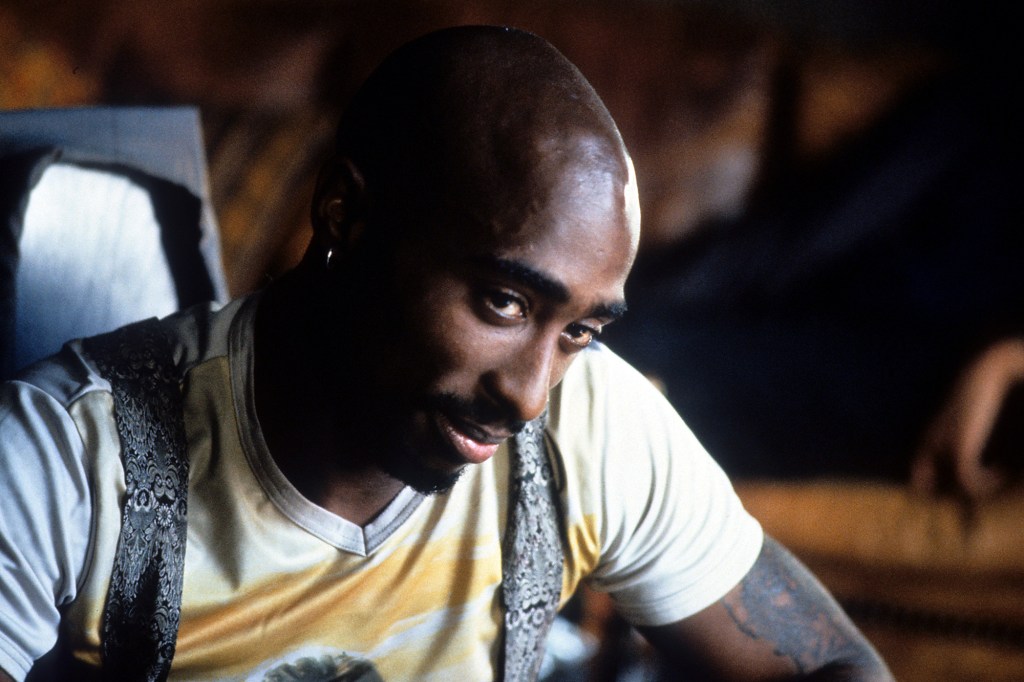 Tupac took the No. 14 spot on the list. Getty Images 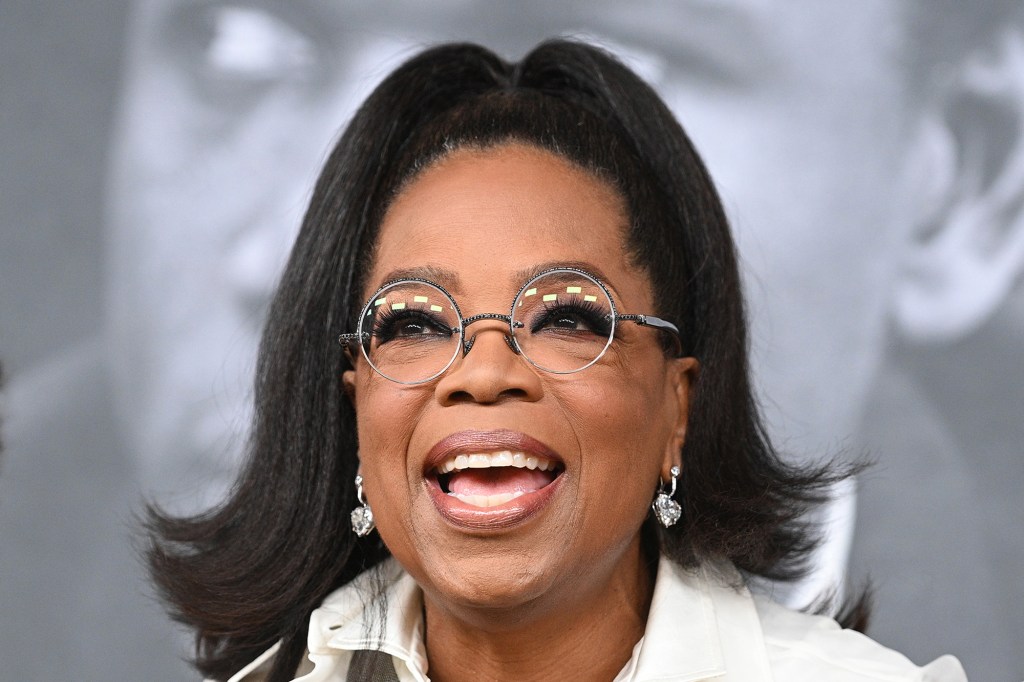 Oprah Winfrey is the top role model on the list.Variety via Getty Images

CELEBRITIES WHO INSPIRED PEOPLE TO PUSH PAST LIMITS

WHAT PEOPLE WOULD DO IF THERE WERE NO LIMITS

these celebs inspired people their limits
Read The Rest at
nypost.com