The Bulldogs’ 14-game winning streak is really the only thing on the line in next Saturday’s SEC title game. Georgia will reach the playoff with a win or a loss against LSU.

The Game has been flipped on its head over the last two years. Michigan, not just beating Ohio State, but manhandling the Buckeyes in consecutive seasons. This after Ohio State had won eight straight games between the two bitter rivals and 15 of the previous 16 meetings.

This was rare: A stress-free win for TCU, blasting Iowa State 62-14. The Horned Frogs, with five wins by a single score, are used to sweating out the fourth quarter.

Around this time last year, USC hired Lincoln Riley, a stunning move that has changed so much for the Trojans. From irrelevance to the cusp of the playoff, Riley has led USC back to national prominence faster than anyone could have anticipated. 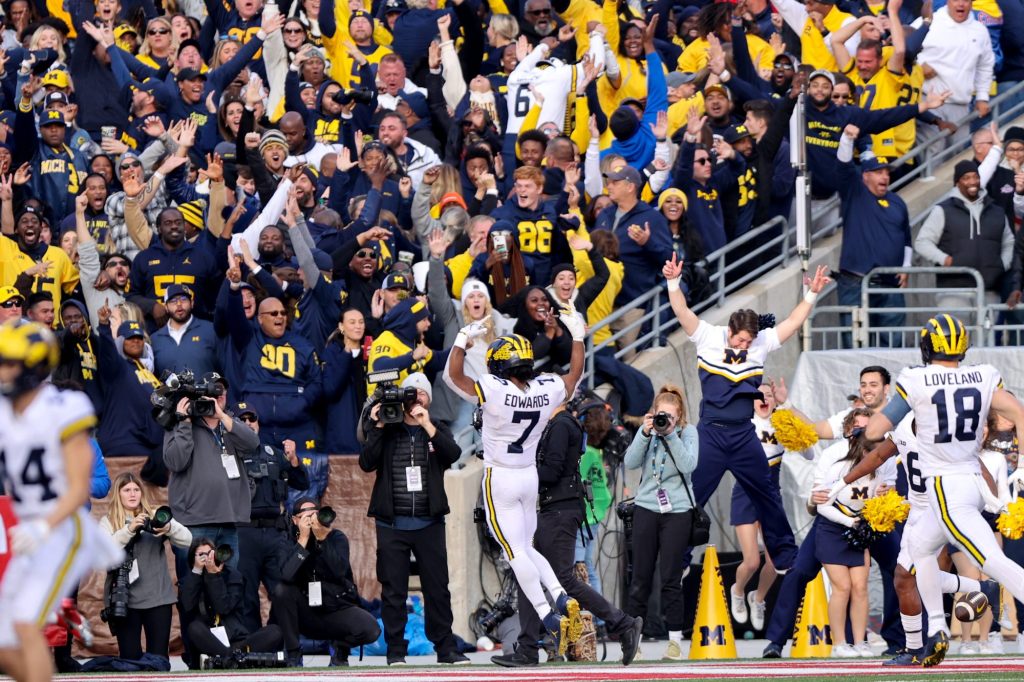 The secondary’s issues really came back to haunt Ohio the Buckeyes, allowing Michigan quarterback J.J. McCarthy to equal a season-high with three touchdown passes and throw for 264 yards, his second-most all year.

The Crimson Tide have now won at least 10 games 15 seasons in a row under Nick Saban, an absurd stretch of consistent winning. Even in a down year, Alabama gets to double-digit victories.

In seven years, James Franklin has led Penn State to four double-digit-win seasons and may wind up with his fourth top-10 ranking at the end of this one. Still, his inability to beat Ohio State and Michigan — he has lost six of the last seven to the formidable Big Ten East duo — is the issue that won’t go away. 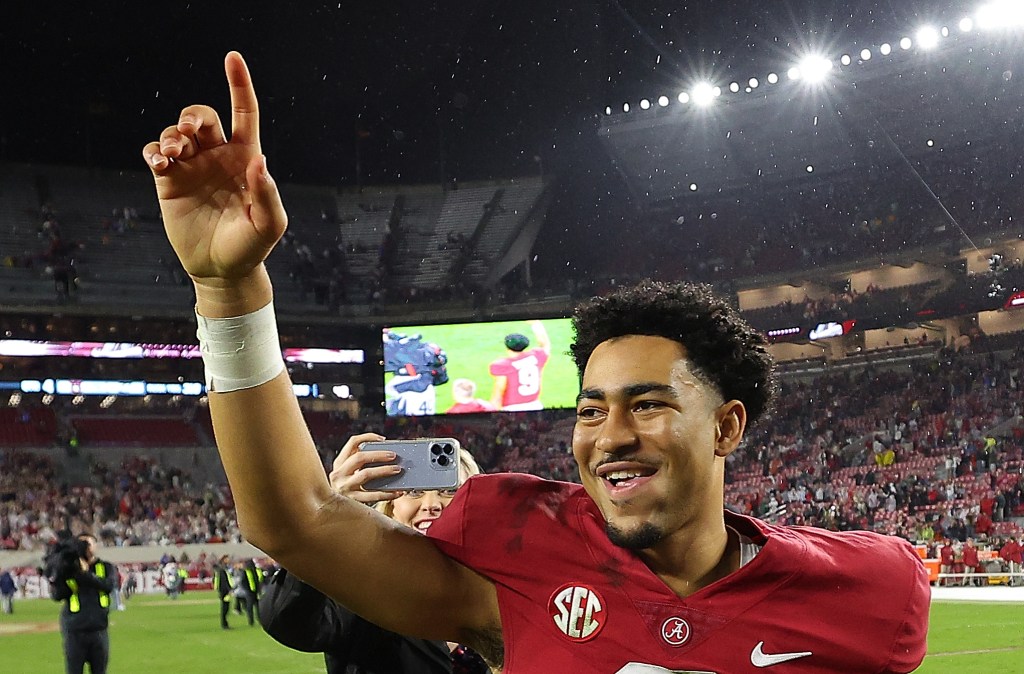 No Hendon Hooker, no problem for one game. Tennessee just ran for 362 yards against Vanderbilt. Of course, facing the Commodores is basically a scrimmage at this point.

The Wildcats are one win away from their first 10-win season since 2012, which was also the last time they won a Big 12 title.

What a bizarre season it has been in The Bayou for Brian Kelly. Losses to Florida State and Texas A&M, wins over Alabama and Ole Miss, and an SEC West crown.

Williams struck a few Heisman poses in Saturday night’s one-sided win over Notre Dame, and he had every right to do so. The award is his to lose with one game to go.

Duggan has now tossed more touchdowns this season (29) than he did the last two years combined (26) while throwing less than a third of the interceptions. One of the best stories in college football keeps getting better. 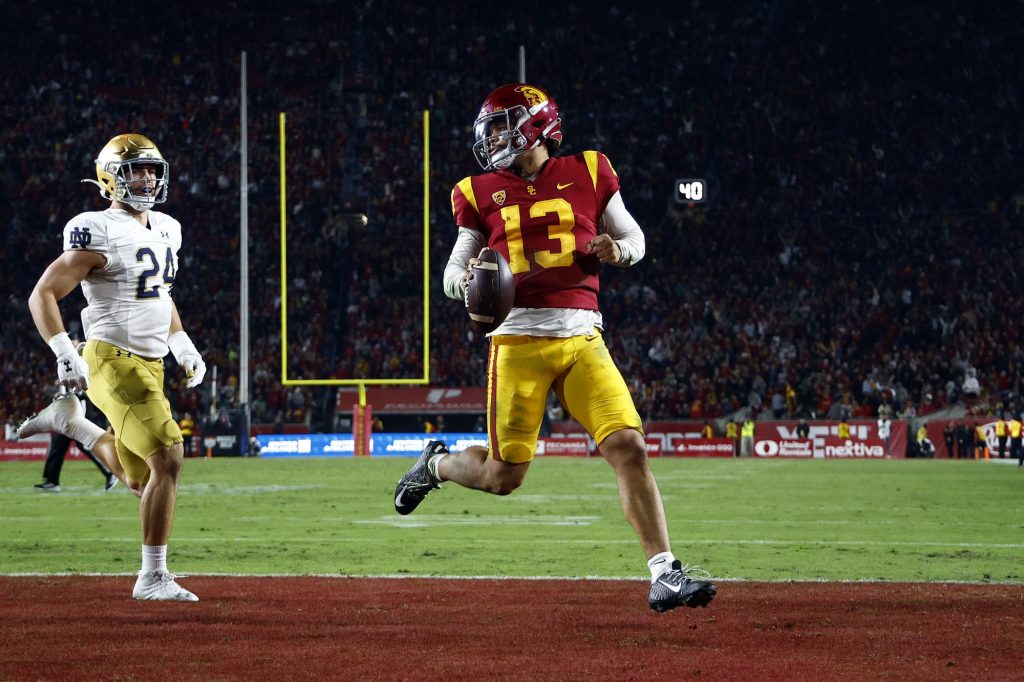 Three second-half points and two interceptions against Michigan continued Stroud’s downward trend in what has been an otherwise fantastic season for the junior.

Corum’s knee injury likely cost him a shot at the Heisman, and possibly an invite to New York City as one of the finalists.

Young closed out his career at home in style, with 343 passing yards and four total touchdowns in an Iron Bowl rout of Auburn. The next stop is Sundays for the dynamic quarterback. Lamar Jackson hits back at Ravens critic in...