‘The One that Got Away’: ‘Terrifying’ new dating show dredges up singles’ past On the new reality series “The One That Got Away,” a group of singles is sent back to the dating drawing board. The idea? To see if sparks end up flying — again — with missed connections from their past.

Premiering June 24 on Amazon Prime Video and hosted by singer Betty Who, the show follows six contestants. Each comes face to face with “the Portal,” an entrance to the set that’s obscured by clouds of dry ice for maximum drama.

As each wannabe lover waits nervously, water features burbling in the background and suspenseful music playing, somebody from their past emerges from the mist — a childhood friend, a law-school crush, a flirt from a work conference, an old college study buddy. 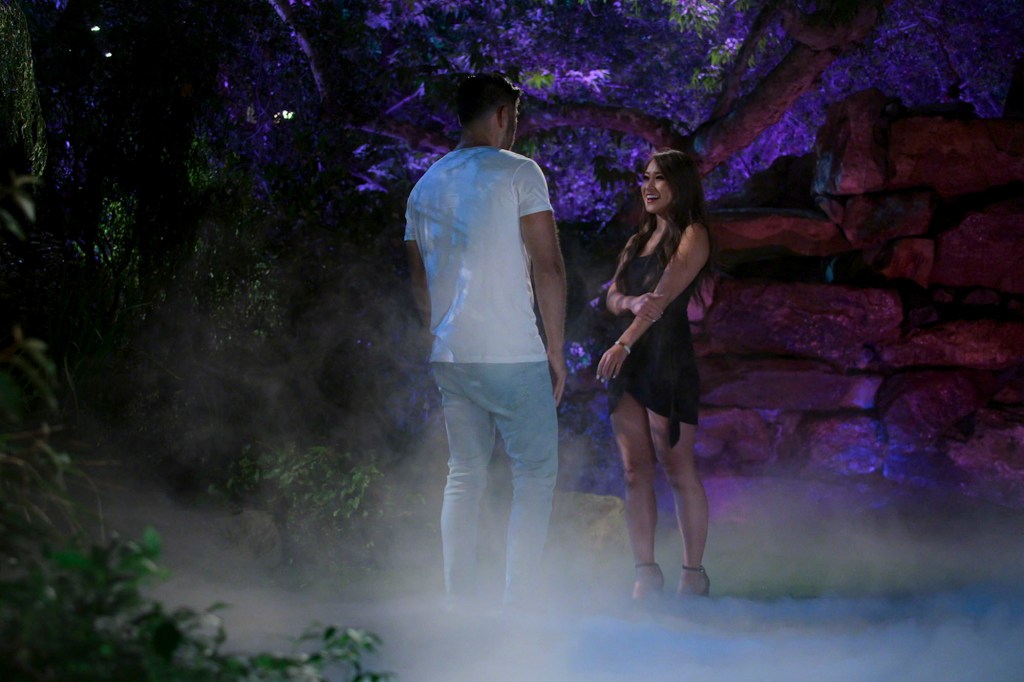 Vince, one of the singles on the show, meets an old high school pal at the Portal. Courtesy of Prime Video 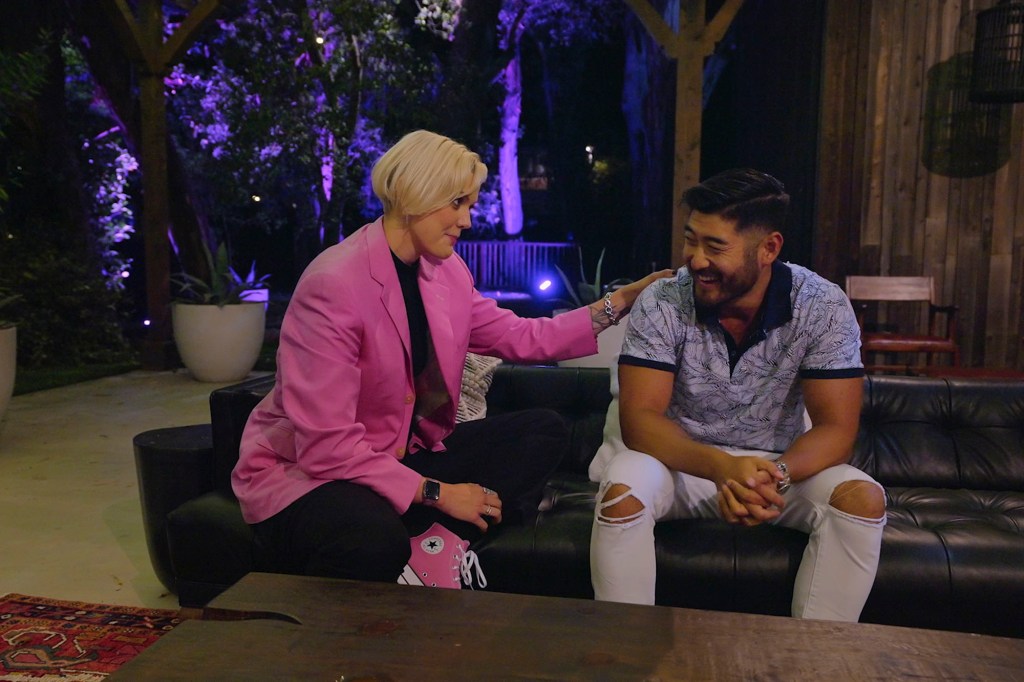 Host Betty Who talks to contestant Vince on “The One That Got Away.” Courtesy of Prime Video

“I already suffer from anxiety, so when I was walking through this foggy ridiculous scene, my heart was definitely pounding … in that moment of standing there, waiting for the person to arrive,” said Kasey, 28, a New Jersey Twitch streamer and one of the singles on the show.

“It’s terrifying and so daunting. You just see a man’s silhouette — it’s like a horror movie. You’re like, ‘Who is this? Is he here to kill me, or try to love me?’ It didn’t help calm me down until I saw their face and you actually start talking, like, ‘Oh my God, I can’t believe you’re here.’” 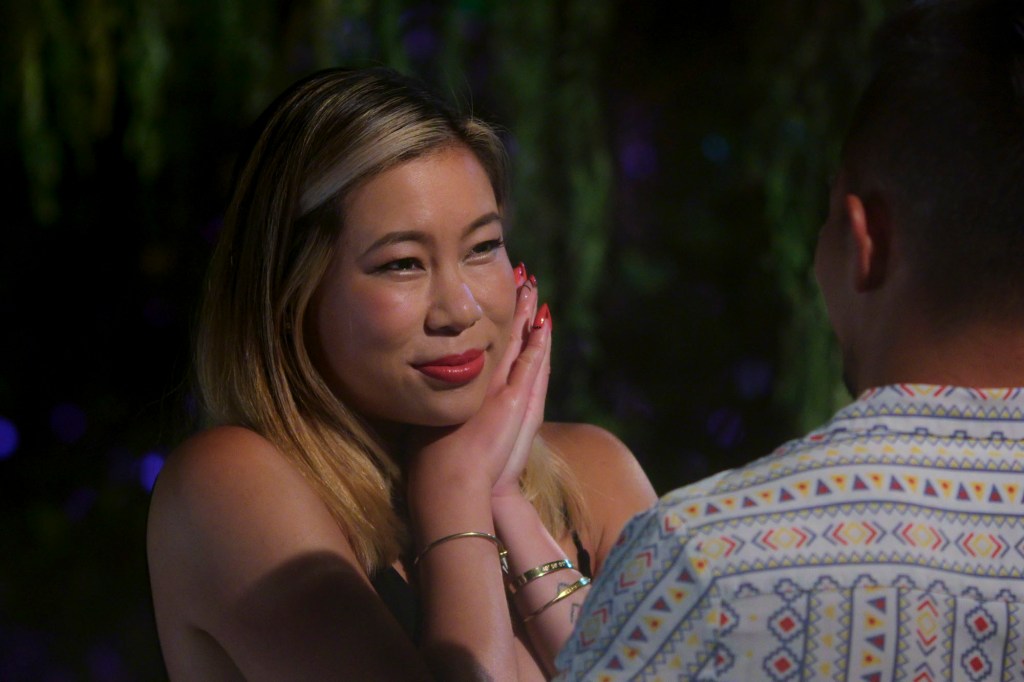 Kasey meets one of the men from her past in “The One That Got Away.” Courtesy of Prime Video 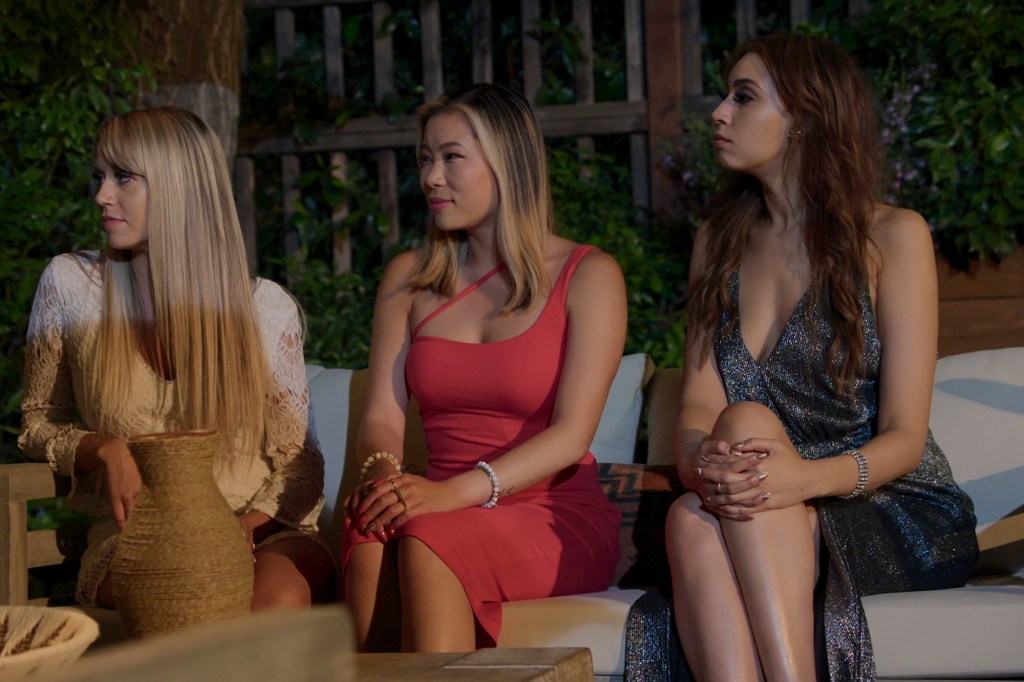 Kasey (center) with two of the other singles on the show, Ashley (left) and Allyssa (right). Courtesy of Prime Video 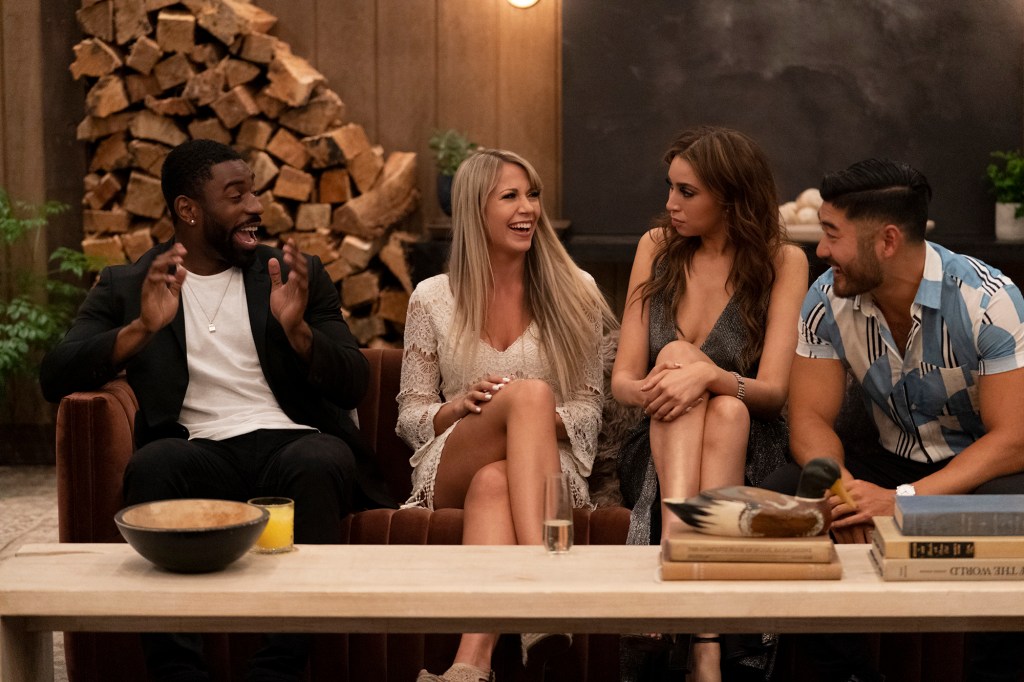 Singles on the show wait for missed connections from their pasts: Nigel (from left), Ashley, Allyssa and Vince. Lisa Rose/Prime Video

Jeff, 28, a travel blogger based in New York, is another single on the show.

“For example, when someone is on ‘The Bachelor,’ it’s all new people [they date]. All the people who came for me are established connections. I might know their families. So we’re not playing the ‘What do you do for work? Where do you live?’ game. You skip the first-three-dates conversations and dive right into ‘Are we compatible or not?’ and … move on. It made for a really intense experience.”

Jeff’s connections ranged from a childhood pal who knew him before he came out as gay to a man he went clubbing with on vacation to a work acquaintance. 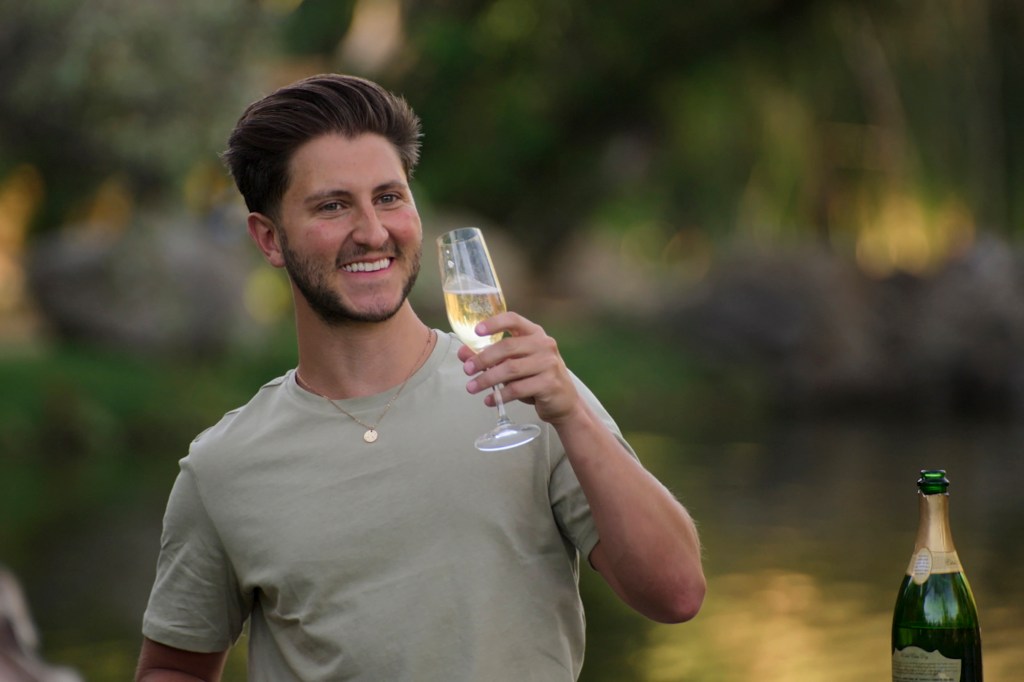 Jeff on “The One That Got Away” Courtesy of Prime Video 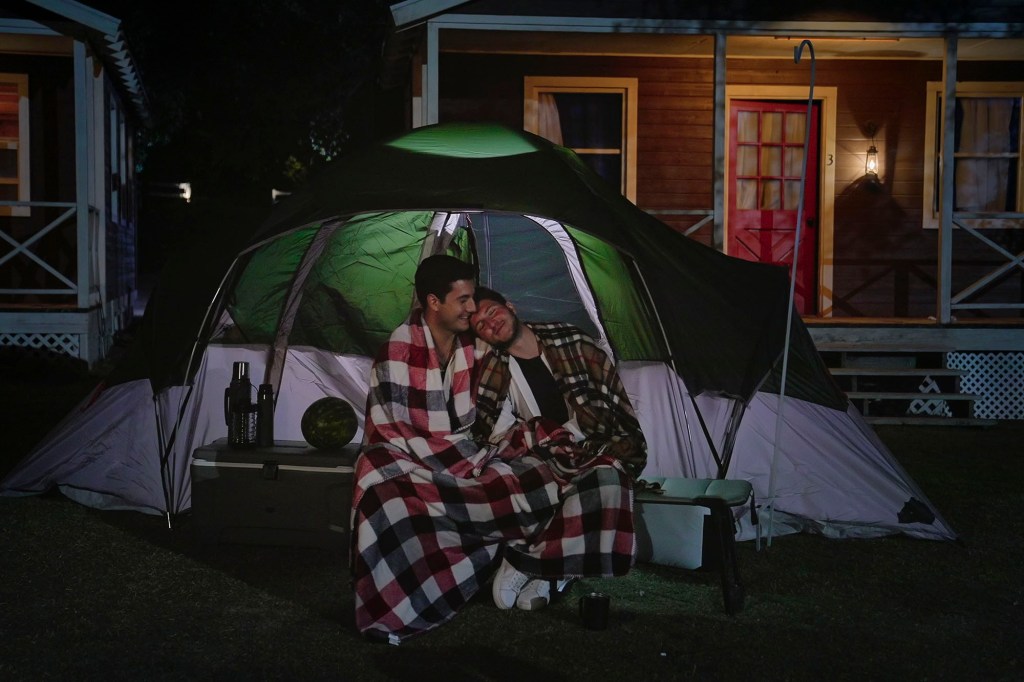 Jeff snuggles with an old pal to see if there’s a spark on “The One That Got Away.” Courtesy of Prime Video 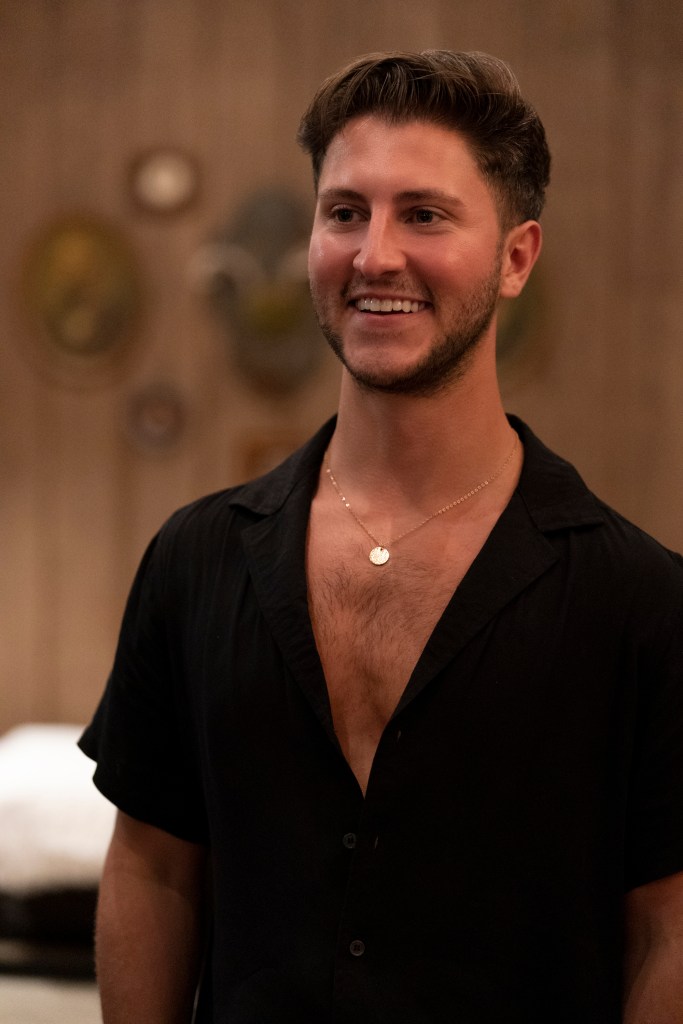 Jeff awaits one of his mystery men on “The One That Got Away.” Lisa Rose/Prime Video

“Some people [who came through the Portal] I had known longer, some I knew a shorter amount of time, some people I only knew for a day,” he said.

“The duration of time didn’t really matter. It was more like, ‘Where are we in the present day?’ I’m not the same person I was five years ago, and I was straight seven years ago! So it was interesting to see how they were different, and get their perspective on how I was different as a person. Just because you didn’t connect however many years ago, it doesn’t mean you can’t connect today.”

Singles such as Jeff and Kasey are given the chance to go on dates with their missed connections and see if there’s a spark. But each time a single gets into a groove with the person that they’re dating, the Portal spits out someone else from their past to shake things up. 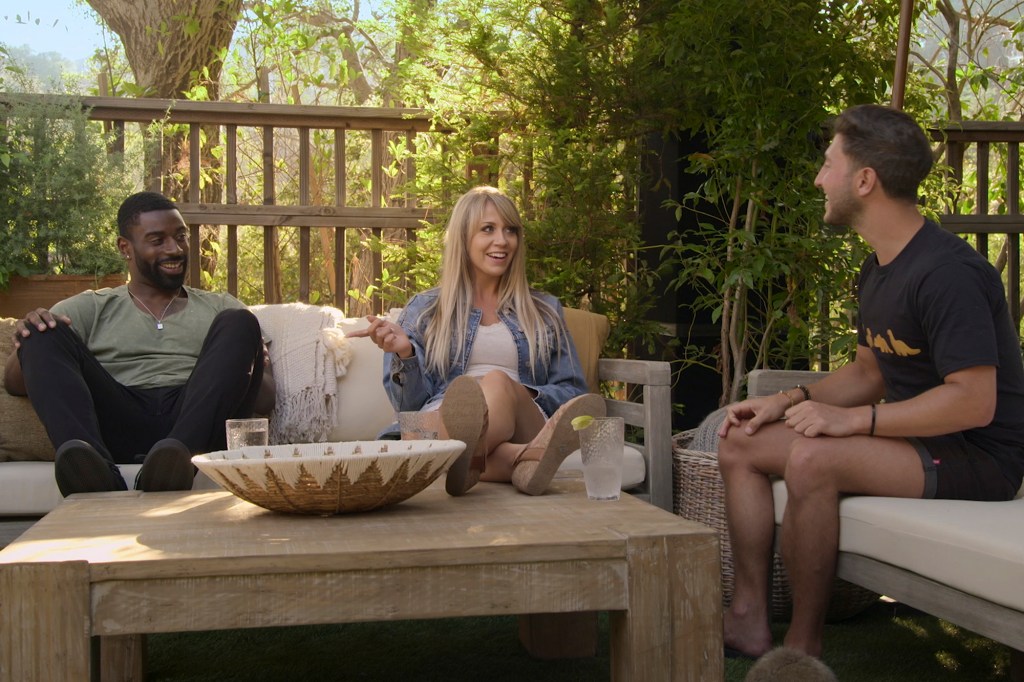 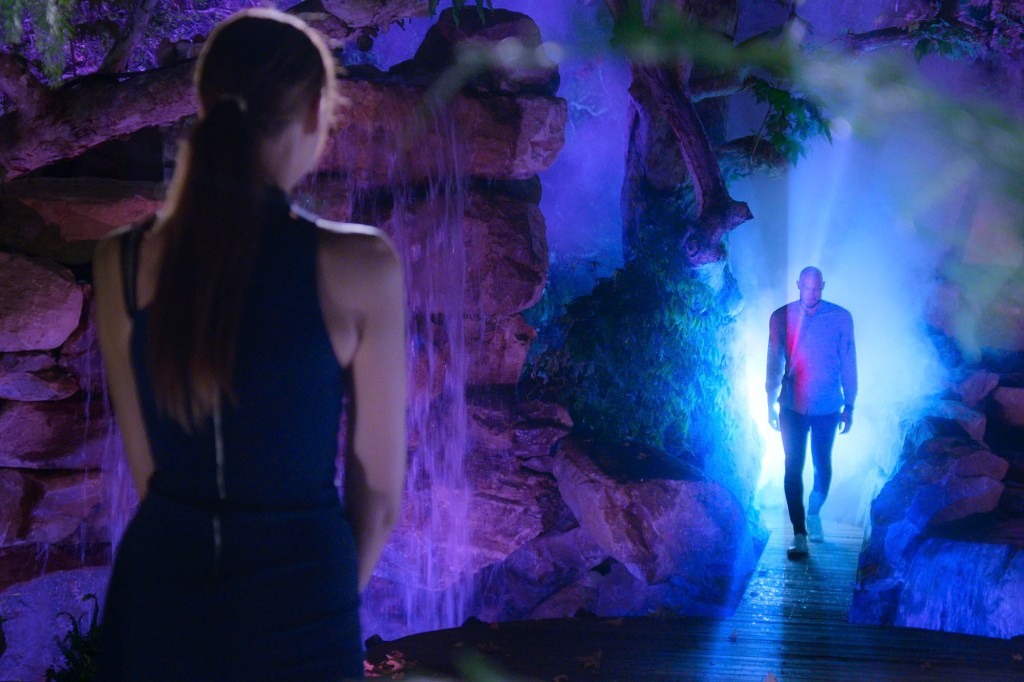 A man from Allyssa’s past emerges from the Portal while she waits to find out who he is.
Courtesy of Prime Video

“It was super enticing, this whole idea of finding missed connections from the past, because I had always been in serious monogamous relationships ever since I was 16,” said Kasey. “The longest break in between [relationships] that I had was maybe six months … Maybe there are people in my past that I never gave a second look. I feel like there’s good potential for that. Because of what connected us – the same school, the same job – I believe that was a better foundation for future conversations.”

Kasey said that although she thought about who might show up for her on the show, the results were unpredictable.

“There were a couple of guys where I was surprised they took all this effort to show up for me,” she said. Lil Nas X pees on BET Award ahead of ‘Late to...