The major roster decisions facing Yankees before the MLB playoffs TORONTO — Now that the Yankees have ended the drama of the regular season — well, except for Aaron Judge’s attempt to break his tie with Roger Maris after hitting his 61st home run Wednesday — they can focus on setting themselves up for the postseason.

Manager Aaron Boone and his staff have a number of decisions to make before the Yankees begin the ALDS in The Bronx on Oct. 11 against a yet-to-be-determined opponent. Boone said after the Yankees’ division-clinching win Tuesday night over the Blue Jays that they would “start to be strategic” in terms of playing time and seeing who is ready to contribute in the playoffs. Here’s a look at some of the decisions the team has to make prior to putting the ALDS roster together:

DJ LeMahieu has been dealing with a right toe injury for much of the second half of the season. He already received a cortisone shot, but getting another one is not an option. Even before he went on the injured list, it was clear LeMahieu couldn’t perform at his typical level and the Yankees have acknowledged that he won’t be fully healed, no matter how much time off he gets. They have to let him see how much he is able to do despite being compromised physically. 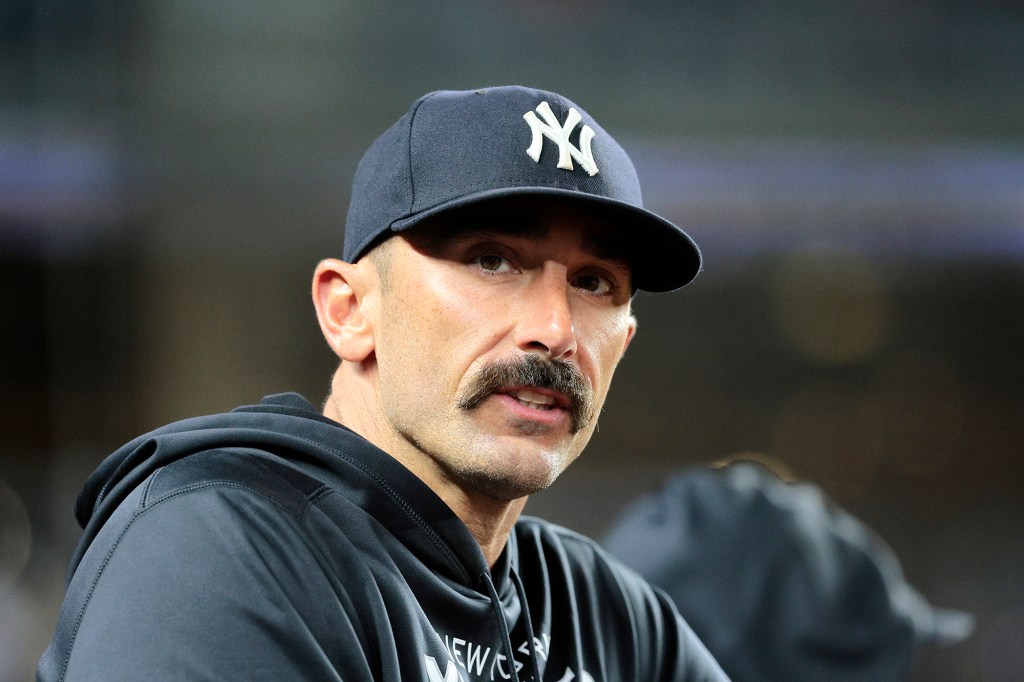 Matt Carpenter in the Yankees dugout during a game against the Red Sox on Sept. 23, 2022.Charles Wenzelberg / New York Post

Two of their best left-handed bats, Matt Carpenter and Andrew Benintendi, both midseason acquisitions, have been out with fractures. Carpenter fractured his left foot when he fouled a ball off it in August. He has remained adamant he’ll be able to play in the postseason, even if it’s just in a pinch-hitting role, but the Yankees still have to see if that’s a possibility.

Benintendi has been out with a fracture of the hook of the hamate bone in his right wrist since early this month. Boone has said that he suffered a similar injury as a player and missed four weeks, which is why he believes Benintendi could be an option.

Benintendi’s availability could also impact Aaron Hicks, who has played better of late, as well as where Oswaldo Cabrera plays, now that the rookie appears entrenched in the everyday lineup.

Marwin Gonzalez could stick, since he would be the most obvious backup for Isiah Kiner-Falefa at shortstop. 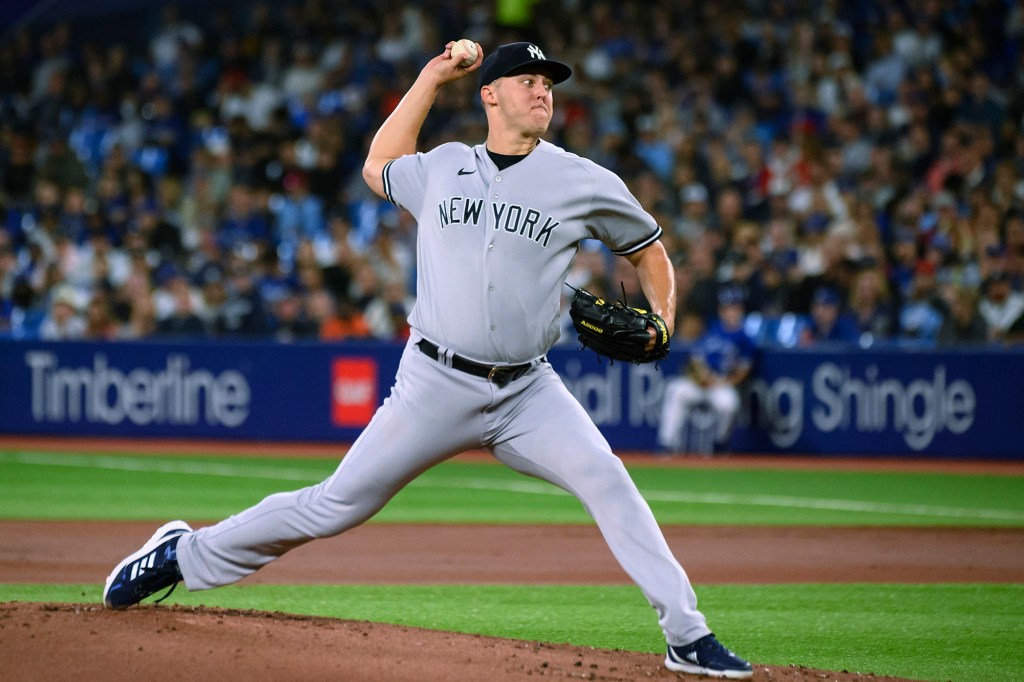 At this point, it seems clear Gerrit Cole, Nestor Cortes and Luis Severino will start the first three games of the playoffs, with Frankie Montas still out with shoulder inflammation. The Yankees are leaning toward using a fourth starter rather than bringing anyone back on short rest, and that will come down to Jameson Taillon and Domingo German. Taillon has pitched two of his best games of the second half in his last pair of starts to stake his claim to the spot. And German has proven to be capable of pitching out of the bullpen.

What was once a strength has sprung some leaks of late, with Clay Holmes less effective than during his All-Star first half, Wandy Peralta on the IL with a back injury that’s not expected to keep him out for the playoffs and Scott Effross working his way back into form from a shoulder injury.

And then there are the two high-priced veteran lefties, Aroldis Chapman and Zack Britton. Chapman has been a mess for most of the year, but Boone mentioned Tuesday he wanted to see more from him before the playoffs. He said the same of Britton, unsurprisingly, since Britton just returned from UCL surgery he had last year. 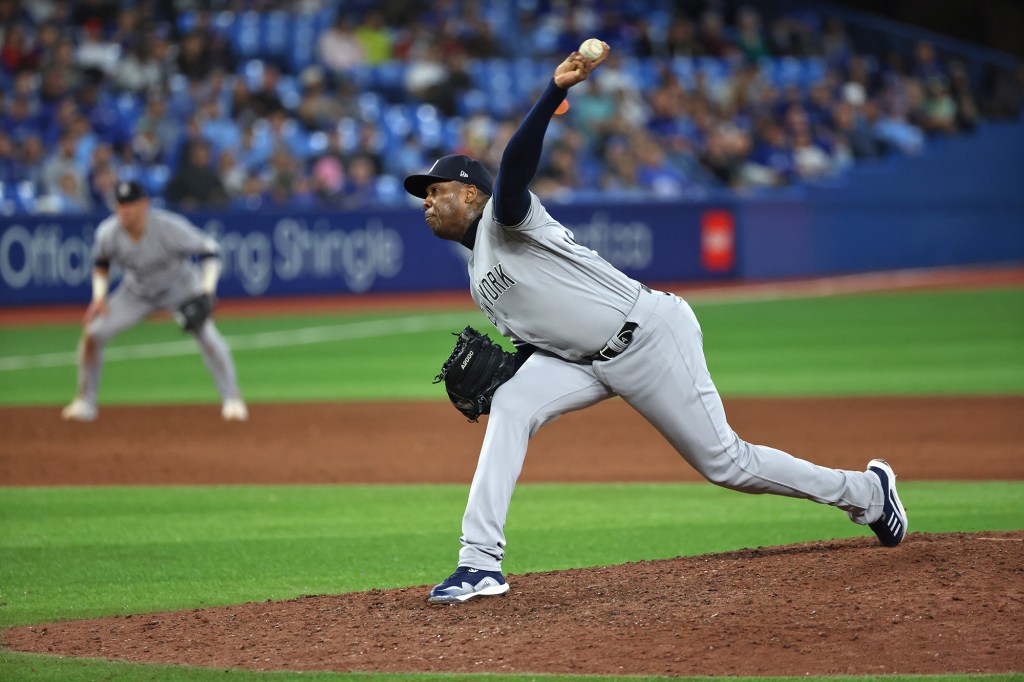 Asked repeatedly about whether the Yankees need to settle on a closer, Boone has said they will likely base everything on matchups.

Lucas Luetge and Clarke Schmidt could also be on the bubble to make the roster, with Ron Marinaccio and Lou Trivino seemingly safe in joining Jonathan Loaisiga. Myles Garrett was cited for speeding at least... How Coolio’s ‘Gangsta’s Paradise’ changed the...