The Maple Leaf on the tongue stood for Canada. The red is for his native land, too. The blue stands for Duke. A Maple Mamba insignia, also on the tongue, represents his high school nickname – in deference to Kobe Bryant.

Barrett said he soon will unveil a Knicks-specific shoe. The Knicks prefer he one day can unveil an All-Star shoe.

“I’m ready to get in the conversation, showcase what I can do,” Barrett said on stage when asked by host Casey Powell of KnicksFanTV about All-Star aspirations. “Every year I’ve been getting better. No better time than now.”

Barrett’s four-year contract extension that kicks in 2023-24 will pay him $24 million in the first year. The whole enchilada adds up to a $107 million guarantee with bonuses ranging from $1 million to $1.2 million each for All-Star, All-NBA, or All-Defense nods. 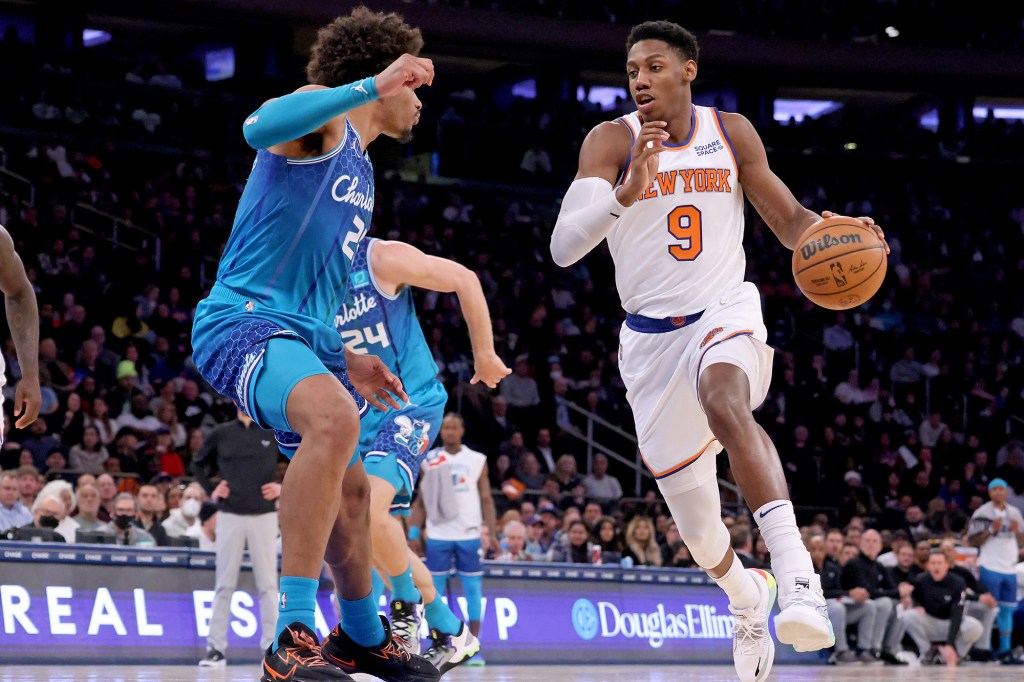 If he becomes an All-Star, it’s a good Knicks deal. If not…

“I will not be surprised if that contract ends up looking as an overpay,” one NBA personnel man said. “But I don’t blame the Knicks for signing him to an extension. Expectations aside, he’s improved into a solid starter in the NBA who can provide offense. I don’t think he’s good enough to be a top-three guy on your team. But some views on him are colored by expectations as a No. 3 pick in the draft.”

Barrett, despite averaging 20 points per game, still has holes in his game as evidenced by poor efficiency stats (his 46.6 effective field-goal percentage ranks low).

He’s a career 69.7 percent free-throw shooter – a modest number that has concerned Knicks brass because of how often he gets to the line.

Working this offseason in Los Angeles with trainer Drew Hanlen, Barrett has been heavy with fundamentals in developing more of a pull-up midrange game off the dribble. He’s also worked on finishing more efficiently at the rim. Hanlen declined to be interviewed for this story.

“I’m making free throws this year,” said Barrett, who confessed team executive Allan Houston has been his chief mentor. “I go to the basket so much, I’m bound to get fouled.”

Another scout said the best attribute about Barrett is his confidence, that he can have a dreadful game or dreadful half and come right back and never lose an ounce of bravado. Additionally, the New York stage doesn’t scare the Canadian, whose mother is from Brooklyn. 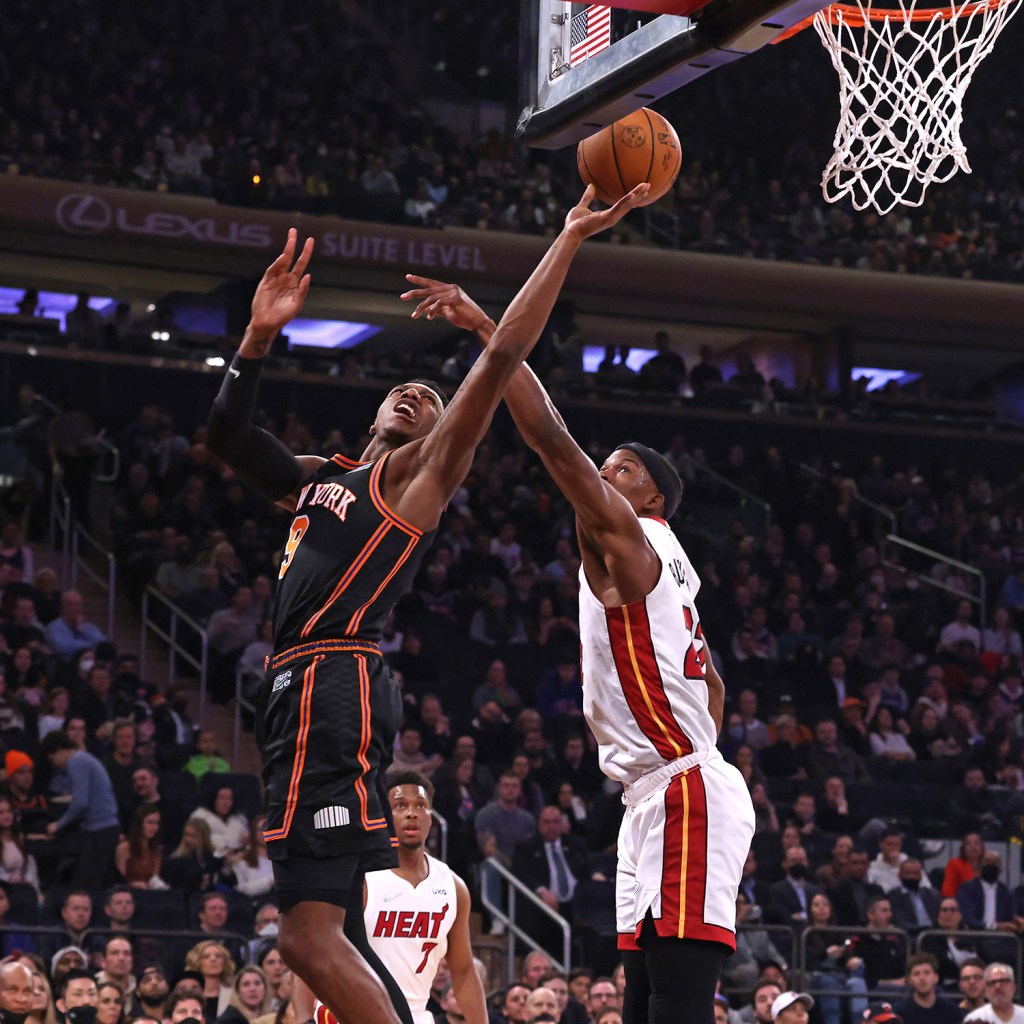 But there’s a reason Barrett was dangled prominently in Donovan Mitchell trade talks. Coming out of the draft, the concern was the left-hander went only to one side and that his 3-point shot would never be close to All-Star quality for a wing.

“He’s left-handed dominant and he needs to do a little more — make a defensive play and not just wait for an opportunity to get the ball,” the personnel man said. “He was never a guy I was worried about. When Barrett got the ball in the corner for a 3, I wasn’t on pins and needles. Or even a set play and isolation. We are comfortable we can guard him.”

His durability is another asset often overlooked in budding prospects. Barrett has missed just 21 games in three seasons, having played 71 of 72 during the Knicks’ 41-31 season in 2020-21.

“He’s a 22-year-old guy, but I don’t know if he’s great at anything,” the personnel man said. “I don’t know if there’s anything he’s elite in. But he’s a guy who shows up to play, doesn’t miss games, and is dependable.”

“In trying to determine the value and worth, it will come down to if he can he improve to a point – his 3-point shot, defensively, making plays for teammates – that he’s good enough to be your third-best guy (on a top playoff team). Then it will be all worth it and justify his draft position and compensation. But he’ll never be a 1 or 2.”