Sunday night’s 2021 Emmy Awards got off to a rollicking start — and rarely let up, leaving last year’s COVID-shellshocked ceremony safely in its rearview mirror.

What a difference a year makes.

There were no big surprises; as expected, both “Ted Lasso” and “The Crown” cleaned up (Best Comedy, Best Drama and stars/cost-star of both, including Jason Sudeikis and Olivia Colman). “WandaVision” did not win, but there’s always next year.

Host Cedric the Entertainer led a boppy opening rap song/tribute to the late Biz Markie (“TV, I got what you need”) — signaling that, despite COVID protocols, it was all about having fun. Tracee Ellis Ross, Billy Porter, Annaleigh Ashford, LL Cool J, Dave Burd, Anthony Anderson and many others got into the act. But Rita Wilson? Why?

Cedric’s opening monologue was clever and topical and felt like a (toned down) version of his stand-up act. I liked that, for once, the preachiness and politics were kept mostly at bay. “Hacks” star Jean Smart gave a classy acceptance speech, choking everyone up when she thanked her late husband, Richard Gilliland, who died in March. A memorable moment.

The “Schitt’s Creek” gang’s teleprompter snafu was entertaining (whether real or scripted). There were some misfires: obnoxious “The Queen’s Gambit” director Scott Frank, who wouldn’t shut up and ignored his musical cue to get off the stage (twice); Bowen Yang’s “counting my steps” shtick; and the Tichina Arnold/Beth Behrs “heckling” bit.

“All in all, it was a lively, fun-filled telecast — a rare “talker” in a usually boring, overblown genre.

Surprise: Hannah Waddingham for Best Supporting Actress in a Comedy. 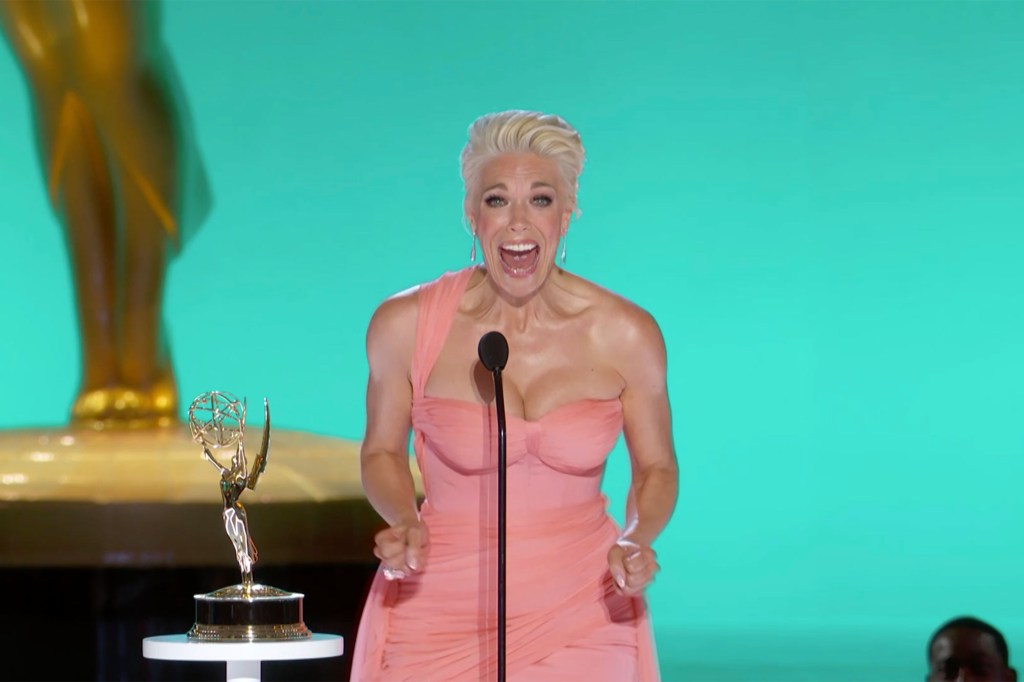 Not because she doesn’t deserve it (she does), but because I figured she would cancel out fellow “Ted Lasso” co-star Juno Temple. Would’ve been nice to see the “other Hannah,” Einbinder, win. 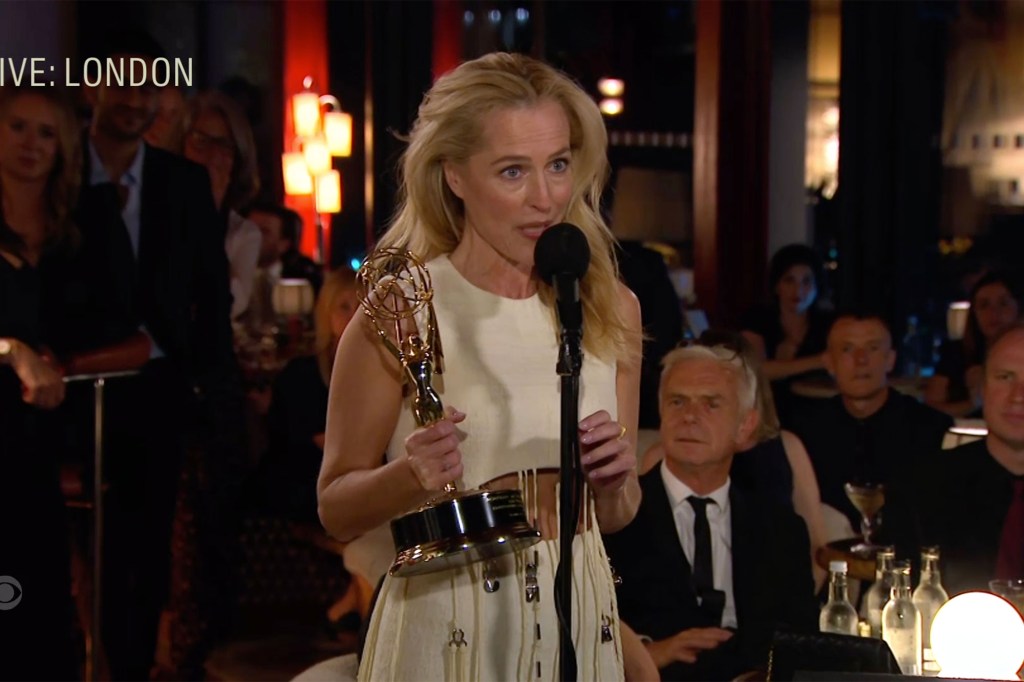 Seriously? Gillian Anderson? For Best Supporting Actress in a Drama? Her desiccated Margaret Thatcher in “The Crown” sounded constipated — literally. What the hell was that? Ann Dowd, who continues to shine as Aunt Lydia, deserved this. 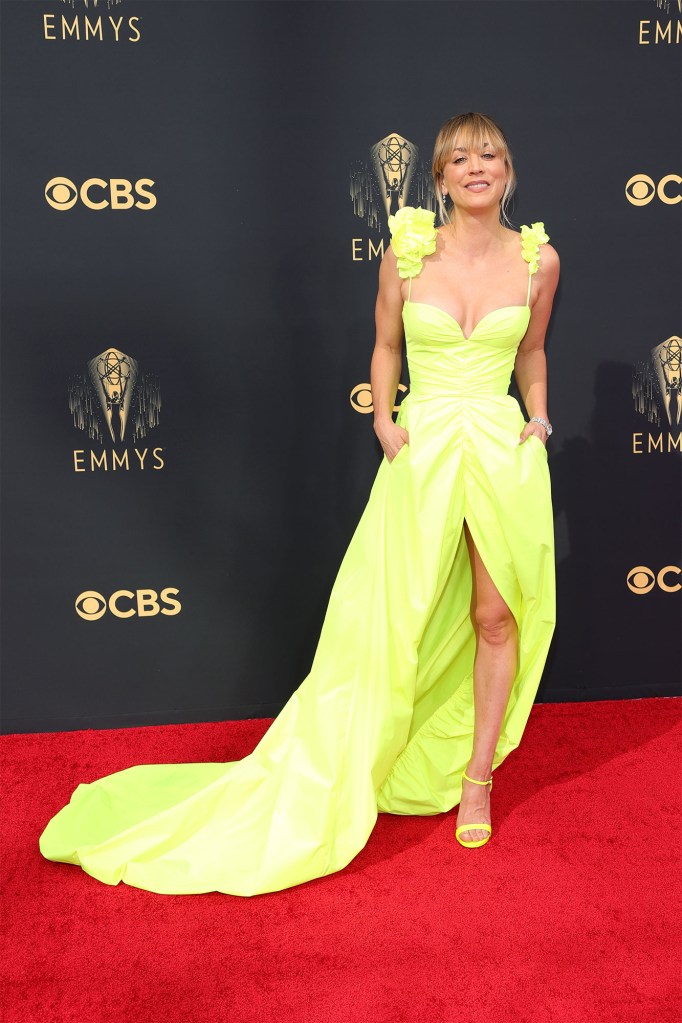 “The Flight Attendant” actress, who was nominated tonight for Best Lead Actress in a Comedy Series, stunned on the red carpet and during the awards ceremony, for her first appearance without her husband Karl Cook. The 35-year-old actress announced she was separating from her husband of three years in early September.

Surprise: Will this man please shut up! 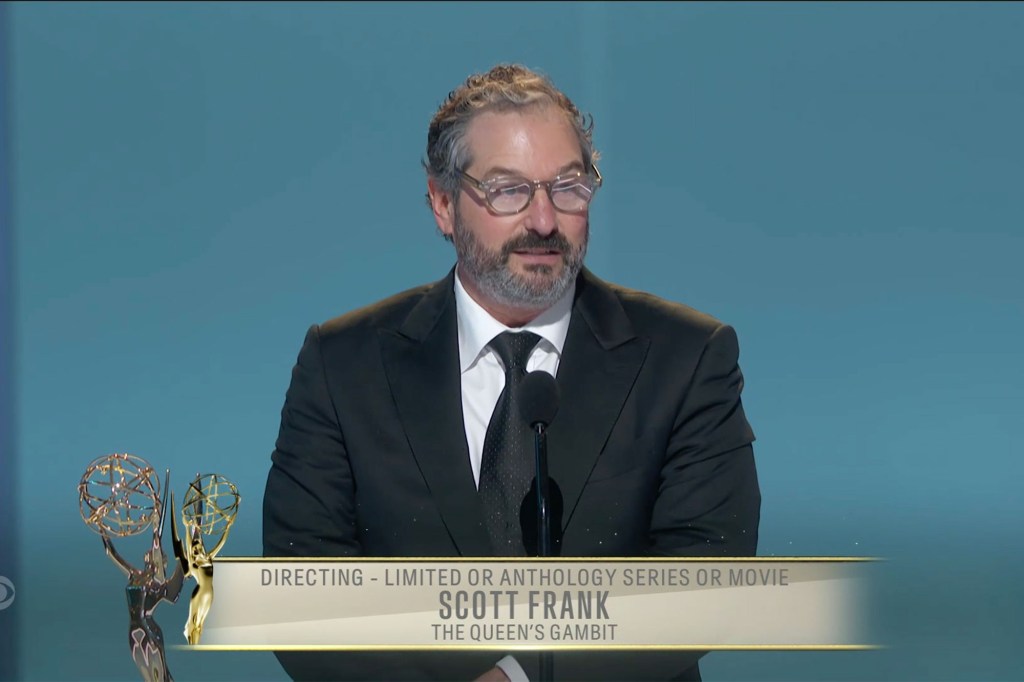 Scott Frank, the director of “The Queen’s Gambit,” wouldn’t shut up and dissed his playing-off music and prattled on and on. His longer than needed acceptance speech was really obnoxious and uncalled-for. 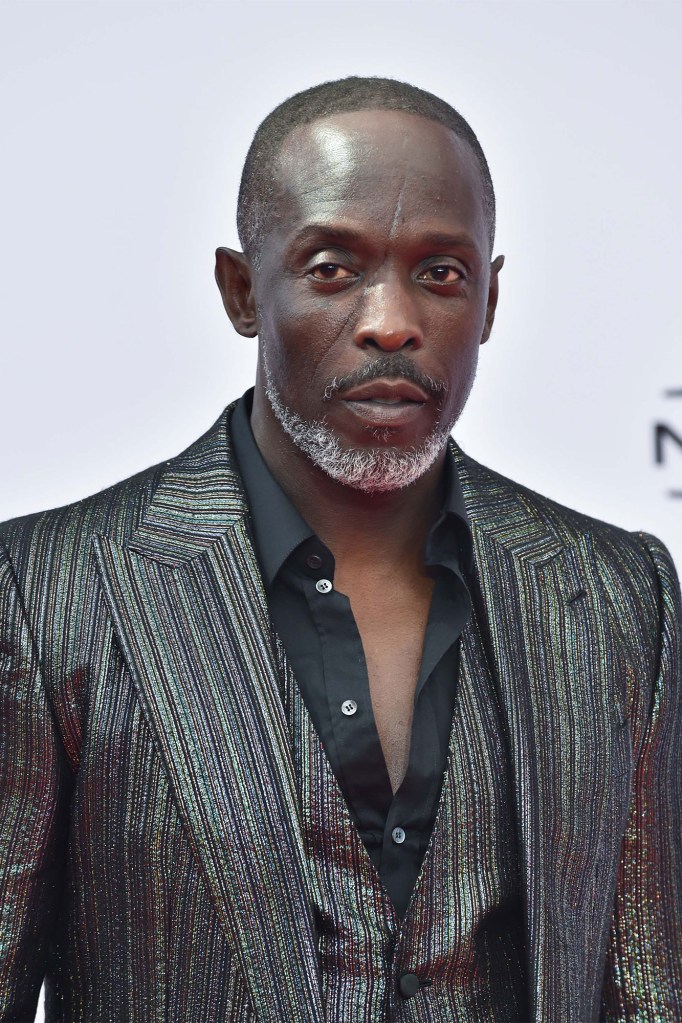 Michael K. Williams should’ve won for Best Supporting Actor in a Drama. Not because of his recent death at the age of 54, (the voting took place before that, anyway), but because he delivered a finely crafted, nuanced performance in “Lovecraft Country.” Winner Tobias Menzies was fine as Prince Philip — but enough with “The Crown” already. 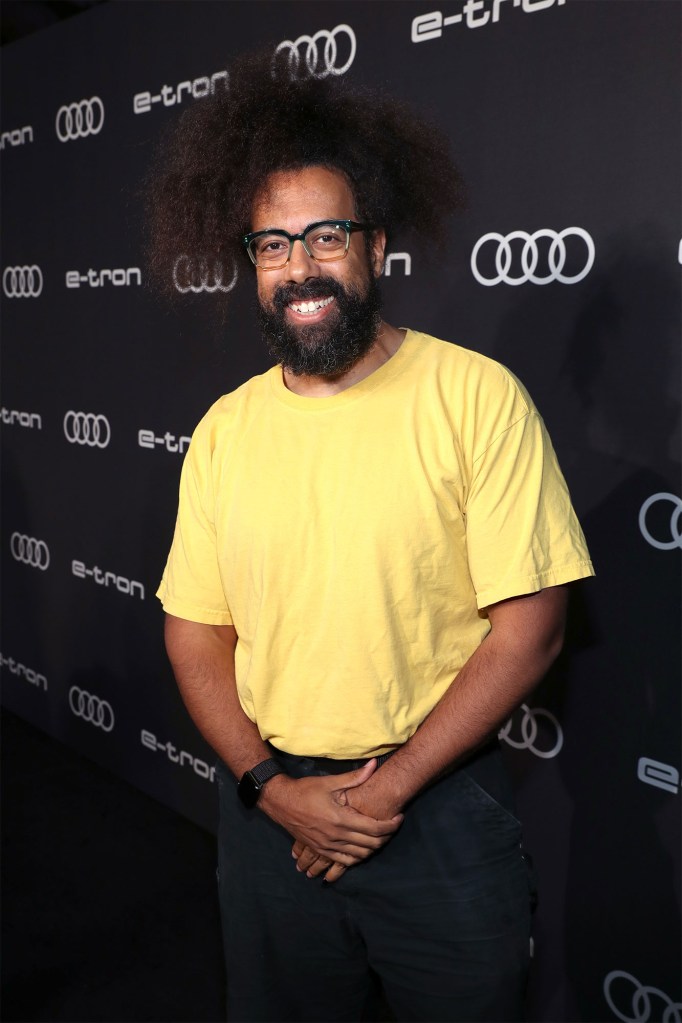 Who knew that comedian Reggie Watts had such a great announcer’s voice? He adopts a number of accents in his off-kilter standup act — but this is a first. He showed up for his announcer’s gig.

Surprise: Olivia Colman for Lead Actress in a Drama Series 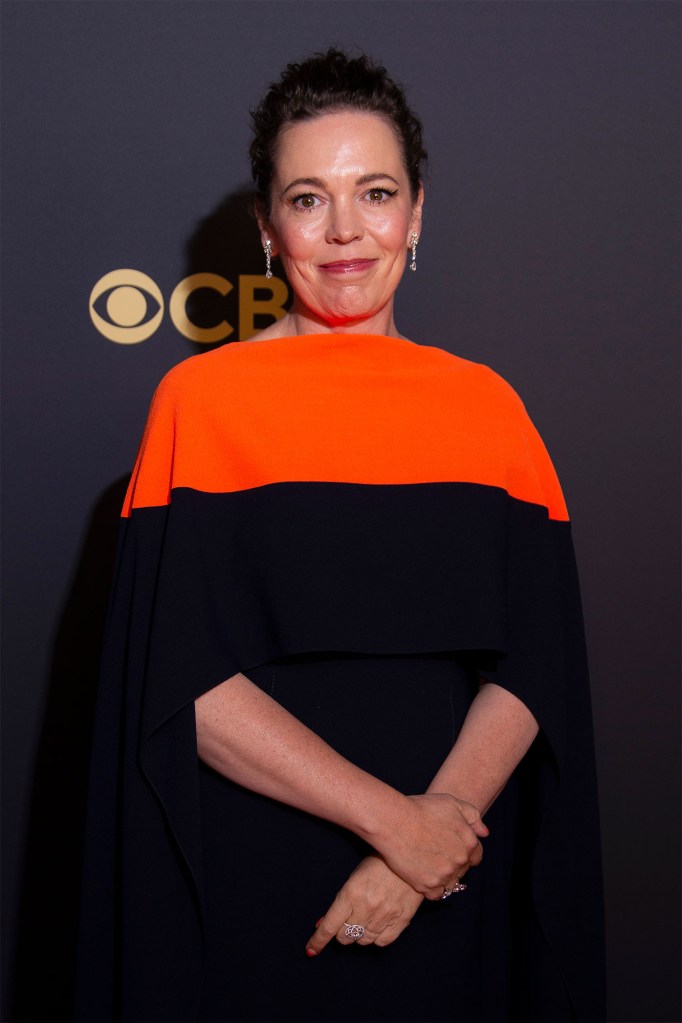 She was fine, but my money was on Uzo Aduba for “In Treatment.” At least they ignored Elisabeth Moss. Enough with all the full-screen close-ups of her smirking on “The Handmaid’s Tale.” 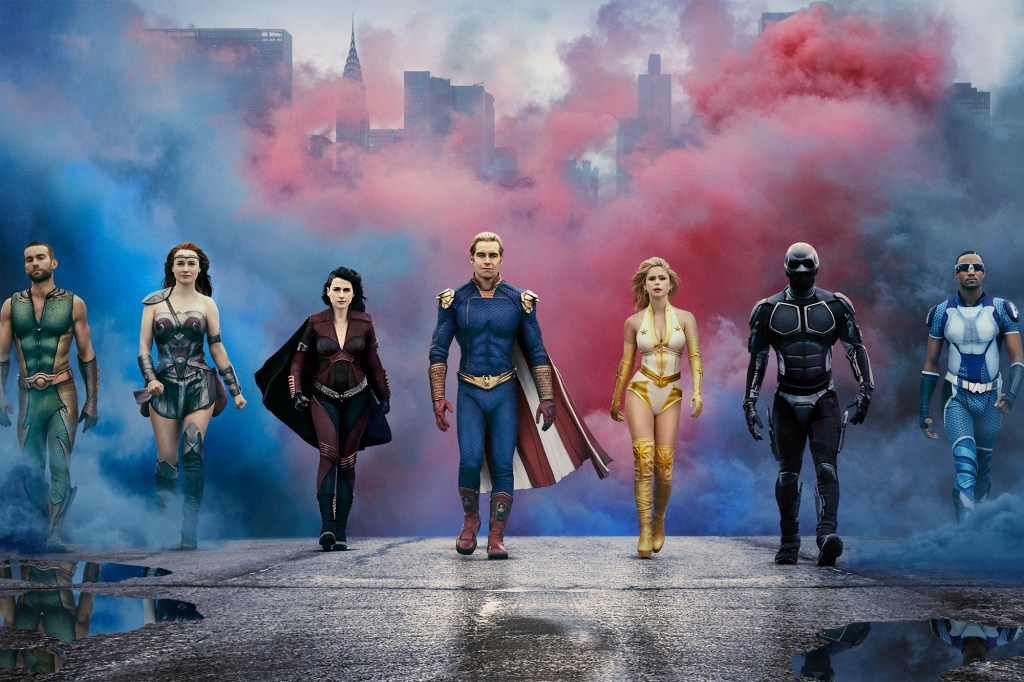 “The Boys” should have won Outstanding Drama Series (though it’s more of a dark comedy). It’s the best-written, most sharply acted show on television right now — a surreal mix of violence, humor, sex and gore. 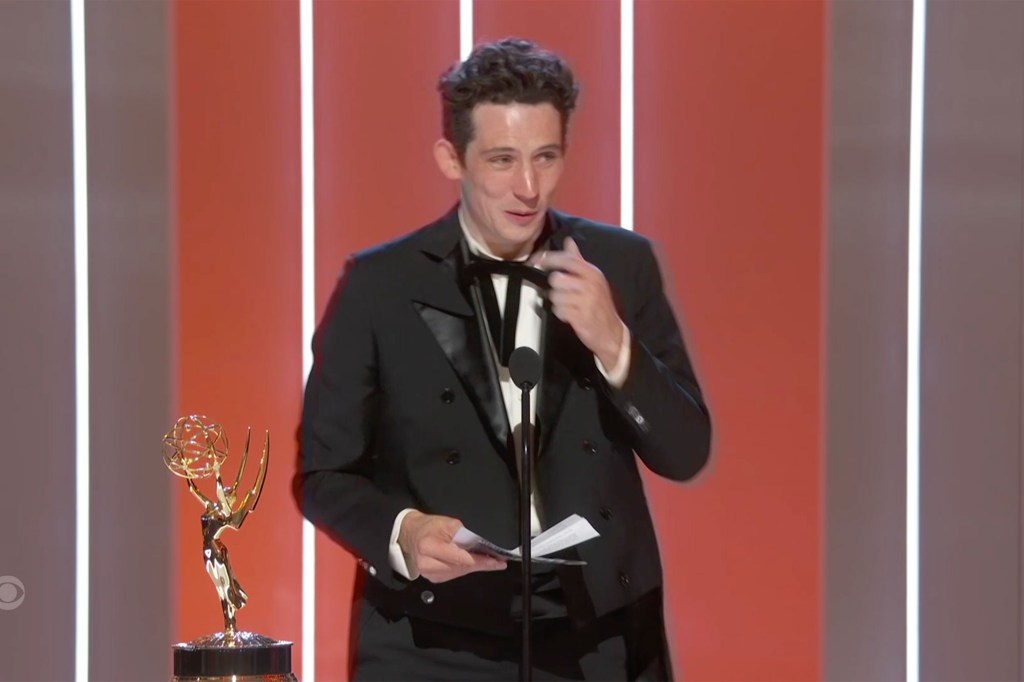 He was solid as Prince Charles in “The Crown” and delivered a measured, mature performance. I’m surprised, but glad, they awarded a first-time nominee. ‘The Handmaid’s Tale’ Breaks Record For Most...