A honeymoon is the ideal time to splurge on the most memorable trip of your life — says a safari.

But take the classic game drive to the next level by ditching the driving altogether. A safari is a mindblowing adventure no matter how you do it, but getting out of the car to track wildlife on foot or even on horseback adds unique layers to a safari vacation.

They allow you to slow things down, critical after the often tired-to-the-bones days around the wedding itself.

On foot, it’s just you, the land, and the eerie quietude of a kingdom truly dedicated to animals.

You’ll pocket intimate, sensorial memories that will last a lifetime.

Niarra Travel’s 10-day walk with the Serengeti Migration features a 12-mile trek, starting from the edge of Tanzania’s Ngorongoro Conservation area. Just you, an expert guide and armed rangers will meander through Maasai villages and other exclusive wilderness zones that not many travelers ever get to. You want this trip in the spring when the Great Migration marches through this pocket of East Africa, during which you’ll get to follow along (on foot) as hundreds of thousands of wildebeest, zebras, elands and gazelles go in search of greener pastures.

Your guides will alert you should they spot a pride of lions looking to take advantage of the density of wildlife. Niarra’s staff will be traveling ahead, setting up your modest but comfortable camp, where crackling fires, indulgent feasts and star-lit skies are on the menu every night. 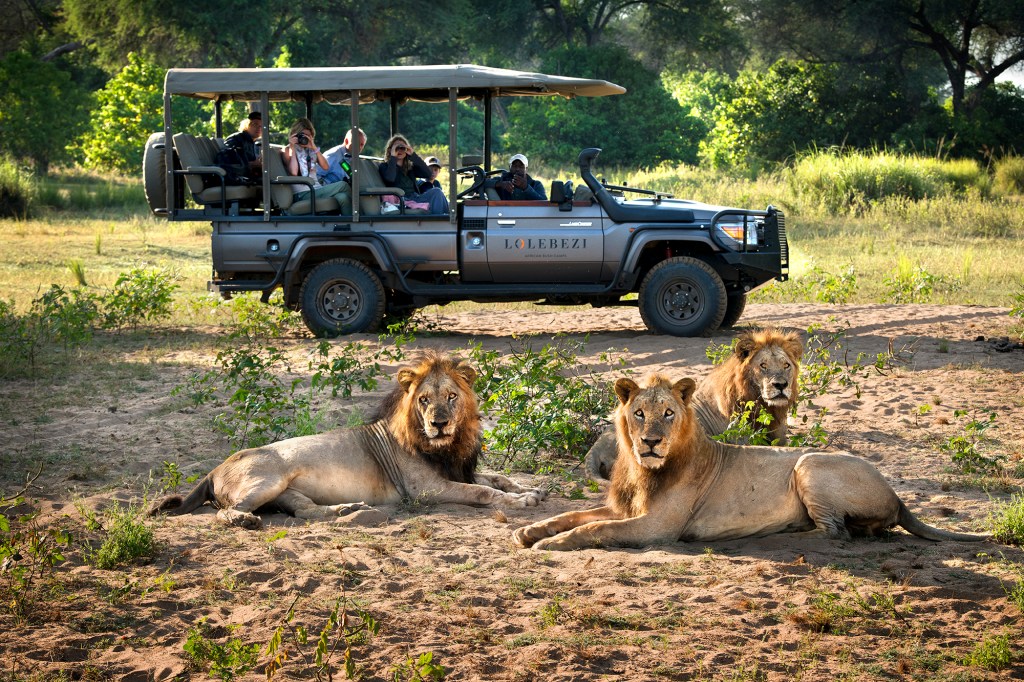 Tucked deep inside a 280,000-acre private game reserve at the foot of Korannaberg Mountains, Tswalu Kalahari is all about a customized experience. Because there is a lot of land to cover, you may choose to get on a 4×4 at some point during your stay. But Tswalu is home to 12,000 different types of animals, and opting to walk will allow you to get much closer to some of them. Along with a guide, you can track cheetah, brown hyena, and aardvark as well as explore ancient petroglyphs and even forage for edible plants. Another option is to trek on horseback. Horses have been here for years, meaning zebras and giraffes won’t be spooked if you choose to trot close. Hearing nothing but the staccato of hooves pounding the earth offers a throwback sensory experience, during a time when traveling these lands was done without a roaring engine.

Remote and luxurious in Zambia

At African Bushcamps’ newly opened Lolebezi, an intimate 12.36-acre camp in the Lower Zambezi National Park in Zambia, you don’t need to leave one of its six suites to see jaw-dropping wildlife. Built on stilts along the flowing waters of the Zambezi Rivers, the property occupies a prime perch for animal viewing, including watching majestic elephants strolling past your bedroom window.

British conservationist Norman Carr was largely credited with pioneering the walking safari in Zambia back in the 1950s and 1960s, and as you walk around the national park with your guide and armed ranger, you’ll immediately realize why: Wildlife — especially between July and October — is abundant, notably from the escarpment of the river where you can see countless animals congregating along the water. 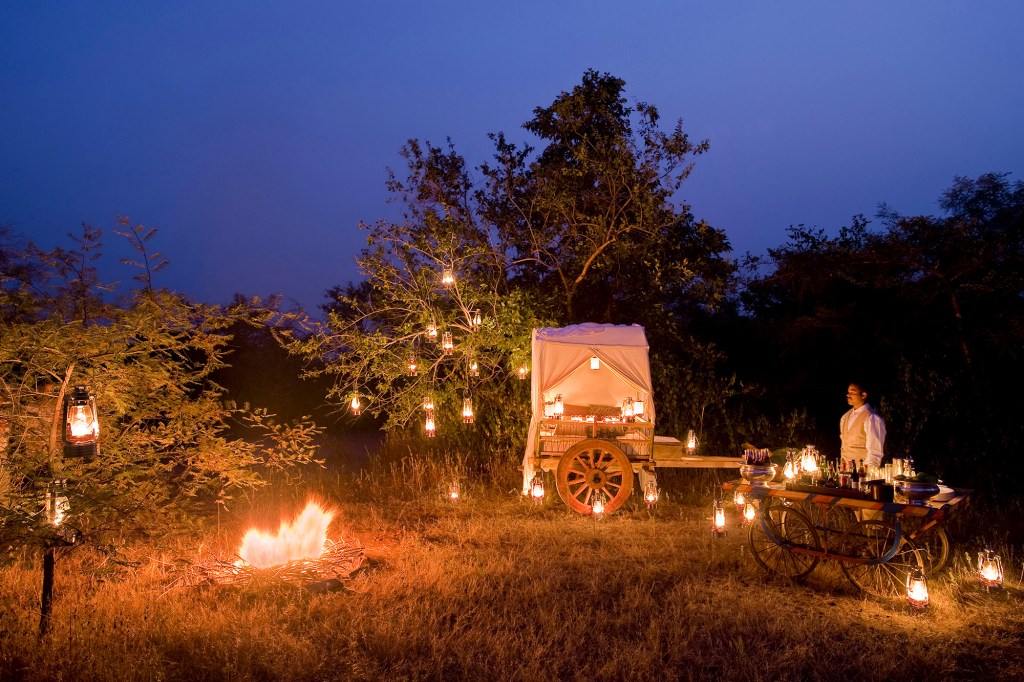 Life of the Pardhi: A local Indian tribe will guide you through Panna National Park. Taj Safaris

In northern India — home to tiger reserves and thick forests, Pashan Garh, A Taj Safari partners with the local Pardhi tribe to offer a once-in-a-lifetime opportunity to walk around Panna National Park, where visitors are never otherwise allowed to step off their vehicles.

The Walk with the Pardhis initiative trains members of the Pardhi community (formerly hunting guides during the Mughal empire) to lead morning nature walks in search of the 108 species that live in this park, including falcons, vultures, nilgai antelopes, spotted deer and perhaps even leopard and sloth bears.

The program aims to provide an alternative source of livelihood for Pardhis, who are experts at tracking wildlife in the region, where hunting is now being discouraged.

Go in search of chimpanzees in Uganda 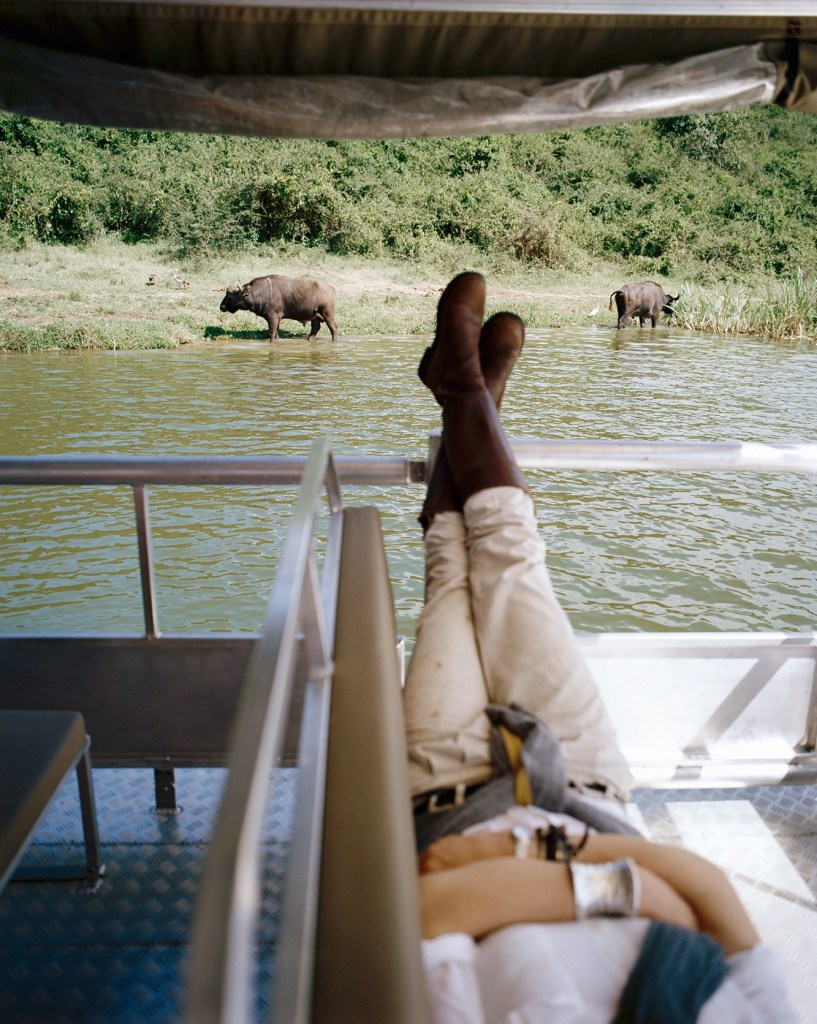 Overweight beasts stuffing their faces all day? Ugandan cruises are no different than ours! Michael Turek

One of the perks to not relying on a car to lead your safari is the atmospheric quietude, especially in Uganda’s Kyambura Gorge, where you track under a cooling canopy of tropical and riverine forest trees. Here, you’ll hear animals before you see them. The rustling of leaves or the rhythmic pounding on tree trunks could mean that a family of chimps are nearby.

You can also take an easy cruise on the Kazinga Channel River to sail alongside Nile crocodiles and hippos before heading back to Volcano Safaris’ Kyambura Gorge Lodge; a massage is waiting to loosen up your muscles. All that looking up to watch chimps swinging on branches will do a number on your neck.

after wedding safari honeymoon
Read The Rest at
nypost.com