BOSTON — Taijuan Walker’s rough second half took a turn into Ugly-ville on Wednesday night as the Red Sox smashed his pitches to all quarters of Fenway Park.

It was nearly a repeat of what the Mets witnessed from Walker two starts earlier, against the Yankees, when there was talk that he was tipping pitches and that a player whistling from the dugout was a possible signal.

The difference this time was Walker didn’t get to hang around for a redemption tour. He was yanked after just two innings in what became the Mets’ 10th loss in 13 games, 12-5 to the AL wild-card-leading Red Sox.

At this point it’s almost difficult to remember Walker pitched to a 2.66 ERA in the first half and was selected to the National League All-Star team. Since then, he has pitched to a 7.74 ERA, mostly a testament to the 20 homers he has surrendered since the All-Star break.

“Too many balls over the plate, I am giving up too many home runs, and that is basically what it is,” Walker said. 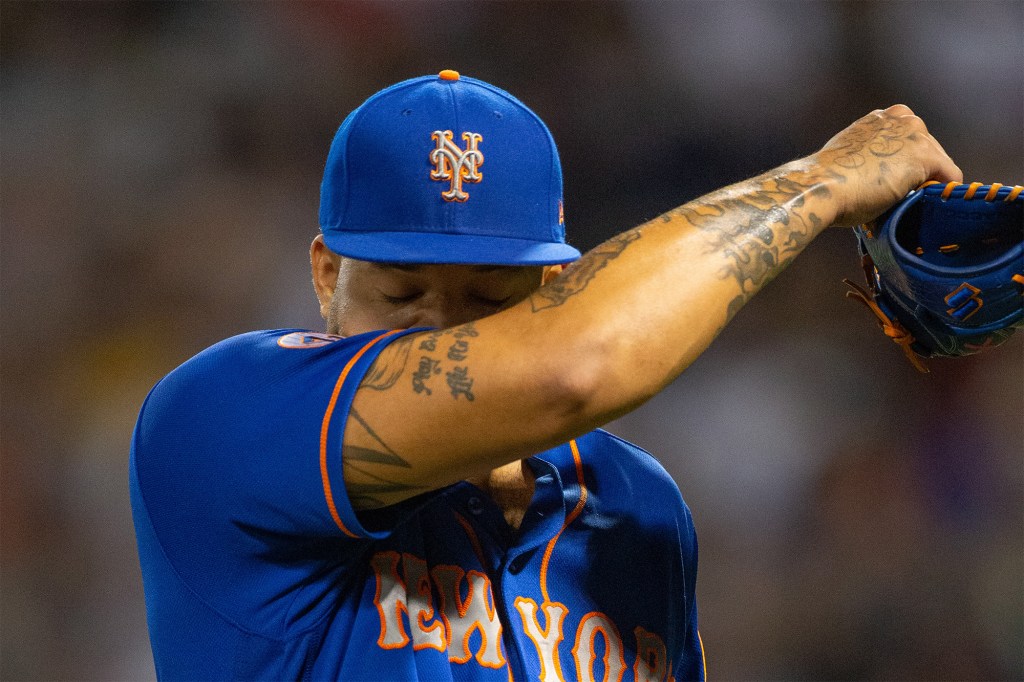 The Yankees, who are among the teams battling for an AL wild-card berth, would have welcomed the help from their New York neighbors over the past two games, but the Mets (73-79) couldn’t be bothered. Actually, they were overmatched.

“I thought we played hard today,” manager Luis Rojas said. “We were just a little bit out of control.”

Over his two innings, Walker allowed six earned runs on six hits (including two homers to Kyle Schwarber) and two walks. It was the third start in his past four in which Walker surrendered at least five earned runs.

Walker’s night imploded in the second inning, when the Red Sox scored four runs, extending their lead to 6-1. Schwarber’s second homer of the game, a three-run blast, was the gut-punch in the inning. The outburst gave Schwarber nine homers in 10 games against the Mets this season (the Red Sox acquired him from the Nationals at the trade deadline).

Enrique Hernandez stroked an RBI double in the inning, after Jose Iglesias had walked. The rally started with Hunter Renfroe’s leadoff double.

Schwarber homered in the first inning to give the Red Sox their initial run. J.D. Martinez knocked in another, with a single, after a walk to Xander Bogearts and a Rafael Devers single.

The game turned ugly for the Mets in the third. Martinez and Alex Verdugo doubled in succession to greet Trevor Williams, extending Boston’s lead to 7-1 before Iglesias hit a Little League home run. Iglesias tripled off Kevin Pillar’s glove in right field and Javier Baez’s relay throw to third was wild, allowing Iglesias to score. The Red Sox got their lead to 10-1 in the fourth inning after Schwarber hit a bloop double and scored on Devers’ double play grounder.

Pete Alonso’s second homer in as many games, a solo blast in the seventh inning, highlighted the Mets’ offense. Alonso’s homer was his 35th of the season. iOS 15 Lets Users Locate Their iPhones Even If... Red Bulls get last-second draw vs. NYCFC after...