If the anticipation and theories for the final episodes of “Stranger Things” weren’t enough, brace yourself for the onslaught of online conspiracies by people who think we’ve been transported into an alternative universe.

TikTok theorists are obsessed with the topic after the European Organization for Nuclear Research — or CERN — announced it would resume research with the Large Hadron Collider, a machine created to explore the structure of the universe.

While “Stranger Things” is breaking streaming records on Netflix, the LHC, located in Geneva, Switzerland, is breaking records for the highest energy particle collisions ever performed, hoping to lead to new discoveries.

CERN switched on the LHC Tuesday after a three-year hiatus of maintenance and upgrades, running it continuously for the next four years at record energy levels to further study particles with the hope of learning more about how the universe was formed.

However, some people are rather concerned that making scientific discoveries in the 16.8-mile-long collider has opened a portal to an alternative universe or a gateway to hell — and TikTokers are going to town with wild theories about the new discoveries and LHC. 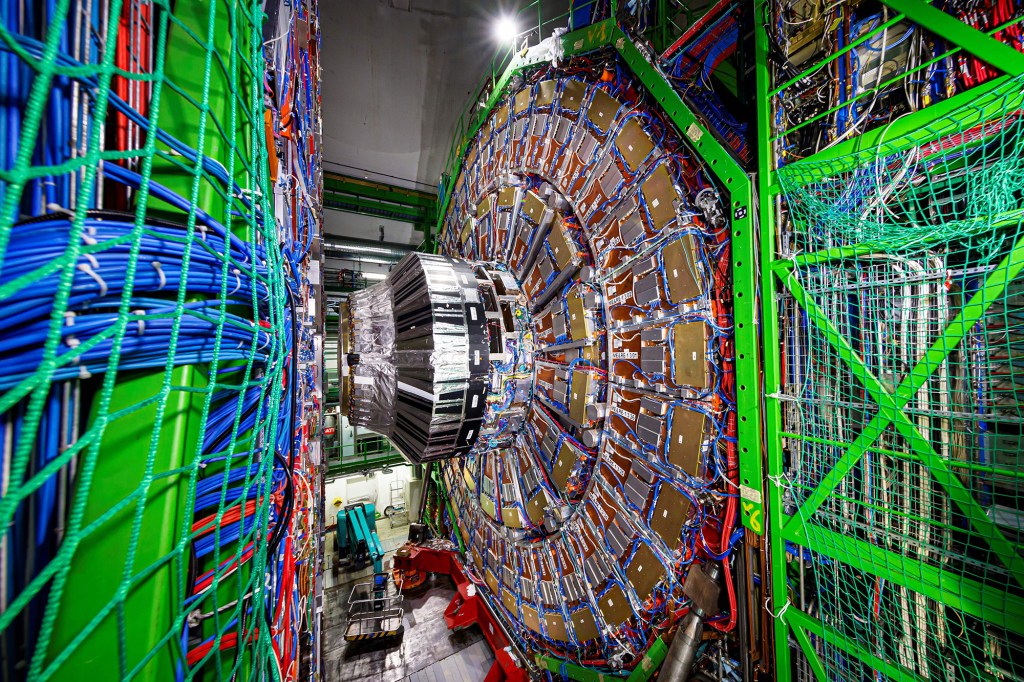 “This portal opens a gateway to the future,” TikTok user @rxzesxo theorized, claiming “now” is the time to manifest your future.

“Nothing happened. There has been a timeline change. Wait and see for the upcoming changes for those who manifested,” she says.

“A lot of people are discounting how serious the CERN Hadron Collider agenda truly is. It’s not like beings emerge from a portal and instantly kill everyone. That’s not how Satanic rituals work,” another concerned person wrote on Twitter. “The ramifications of what happened yesterday will unfold in the coming months.”

While some think it’s a real-life “Stranger Things” plotline, others think everyone needs to pause the streaming for the time being.

“I’m sure eleven will be able to close any portal that occurs,” one said, with another echoing: “Real life stranger things.”

“Y’all have been watching too much stranger things,” laughed another.

Although we haven’t been transported into another dimension yet, scientists at CERN said they discovered three subatomic particles on Tuesday, which could potentially help unlock some of the universe’s history. Clock is ticking on Rangers’ window to trade...