Sterling Shephard to Odell Beckham: Giants reunion would be ‘special’ Only minutes after Shepard was finished getting interrogated by the media Friday on every aspect of Beckham’s two-day free agent visit with the Giants, Shepard was on a FaceTime call at his locker with Beckham. When the conversation began to draw notice, Shepard walked off into a private area with a joke about eavesdroppers.

Beckham had dinner Thursday with Giants head coach Brian Daboll and other members of the organization’s brass, went off-site to undergo a physical exam Friday morning and then returned to the facility at 3:45 p.m. for formal meetings. In his downtime, Beckham met up with Shepard and made plans to catch up with Saquon Barkley before leaving town to see the Buffalo Bills, the second stop on a three-leg tour that eventually will end with the Dallas Cowboys.

“He said the dinner went well and that was about the extent of that conversation,” Shepard said. “We were watching the [Bills-Patriots] game and one of the big things he was saying is he just wants to get back to balling.” 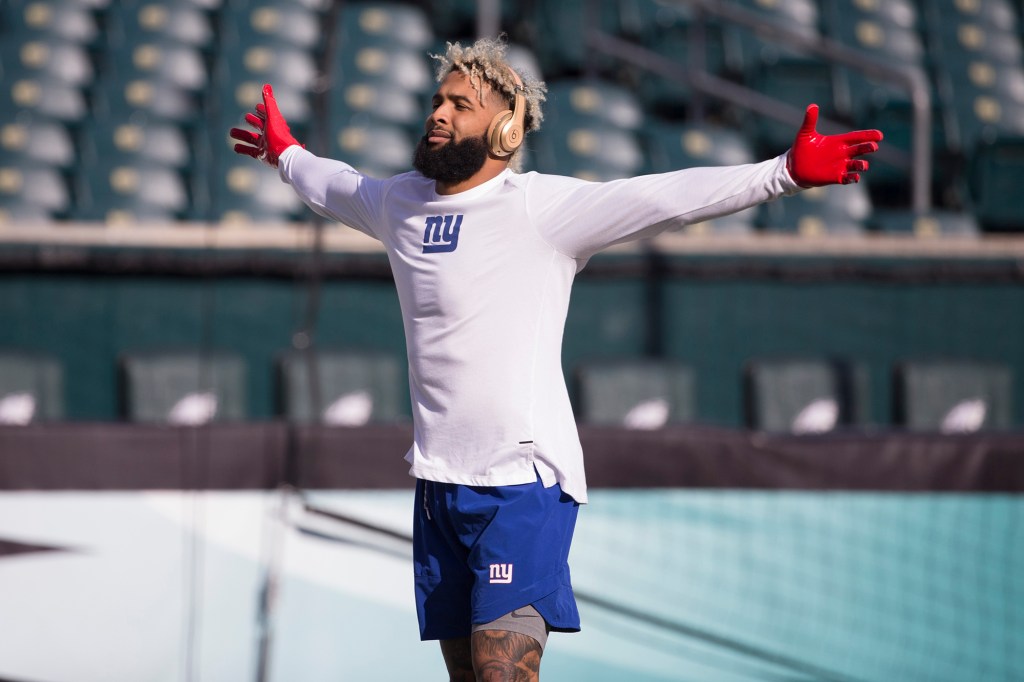 Odell Beckham Jr. spent his first five seasons in the NFL with the Giants.Getty Images

“Coming back from an ACL is not an easy thing,” said Barkley, who tore his in 2020. “It’s a long, hard road. If anyone I know has the right mindset and the right work ethic and the right people around him to push him to get back to the type of player we are used to seeing, it’s Odell. If he comes here, he has guys he knows are going to have his back.”

There are a lot of reasons a Beckham-Giants reunion might not work: Limited salary-cap space in 2022 to meet his contract wishes, the possibility that the Giants might not make the playoffs, the allure of more explosive offenses and the relatively tight-lipped approach to recruiting a star who admittedly likes to “feel the love.”

“We had a good visit,” Daboll said. “Other than that, I have nothing else to add. I’m focusing on [a game against] Washington.”

But then there is the Shepard-Barkley factor. The opportunity to reunite with former teammates (and two of his best friends) for unfinished business with his original team (2014-18) that tugs at his heartstrings.

“I think that has something to do with it, for sure,” Shepard. “But he has to do what’s best for him and his family. We all understand that.”

The Giants only have one receiver (Darius Slayton) with more than 280 receiving yards on the season. Three of their preseason top four are not available – Kadarius Toney was traded and Shepard and Wan’Dale Robinson are on season-ending injured reserve – and Kenny Golladay has four catches in seven games. 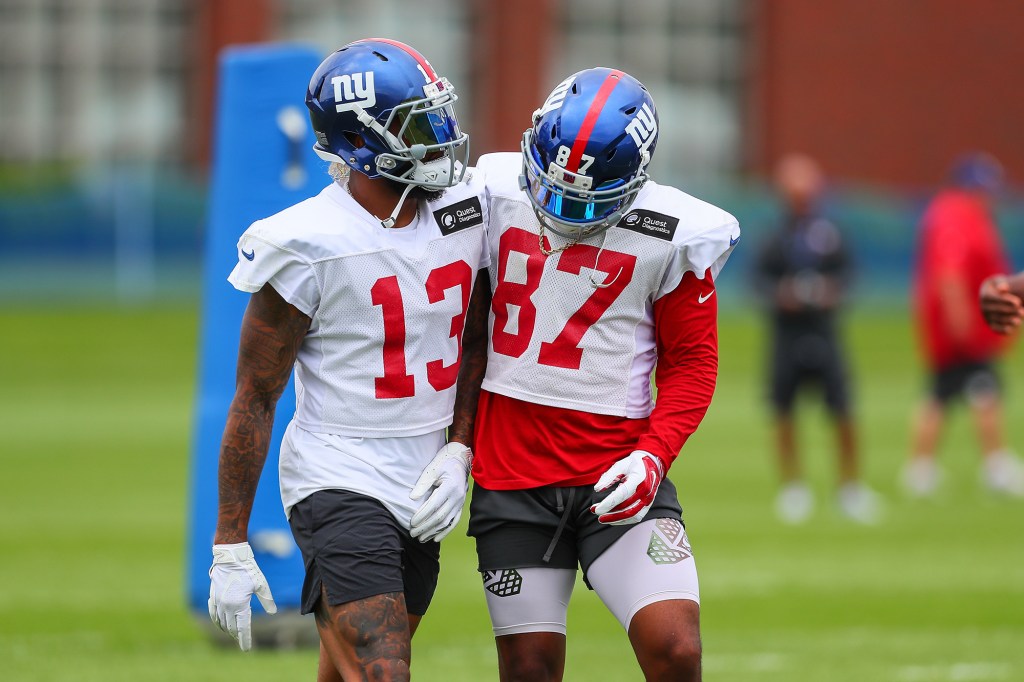 “The moment Odell steps in a locker room he automatically makes that team better,” Barkley said.

Receivers coach Mike Groh was set to meet with Beckham for the first time after years of facing him in college and the NFL. What’s the view from the other sideline?

“Pretty spectacular,” Groh laughed. “I don’t want to get into the comparison game, but we all know that Odell has got a unique skill set: His body control and ability to make contested plays, the natural hands, and the juice that he’s got to go the distance with it. He’s been a very productive player wherever he’s been.”

Daboll was intentional to make it clear that he is not shortchanging his current players by splitting time between courting Beckham and preparing for a game rich with playoff implications on both sides. Barkley said the specter of Beckham has not been a distraction in the locker room.

“All my time is on Washington,” Daboll said. “I just got a free meal.”

Because he is not working out as part of the visit, as previously reported by The Post, Beckham’s timeline for returning to the field in 2022 remains unclear. The Giants have the cap space to afford him in 2023, if he wants to structure a contract with a smaller signing bonus and a bigger guaranteed salary.

“I told him, ‘It would be a special thing if you come back here. The city would be happy about that and it would be like old times,” Shepard said. “He was like, ‘You’re dang right about that.’”