Kyrie Irving has been calling LeBron James about linking up again.

That’s according to Stephen A. Smith, who brought this nugget up twice on Thursday’s edition of ESPN’s “First Take.”

Reports this week have indicated that Irving and the Nets are at a contract impasse. He has a player option worth about $37 million, but wants a longer-term deal. The Lakers have a mid-level exception to be able to pay him more than $6 million, but are otherwise hamstrung unless they find someone willing to take Russell Westbrook — and the $47 million he’s due next season — off their hands. This would require the Nets to cooperate with an Irving sign-and-trade, and presumably also need to include a third team willing to take on Westbrook, who would be a rough basketball fit with Ben Simmons given both guards’ shooting woes.

Amid this turbulence, Smith shared the intel that Irving has been calling up his ex-teammate, LeBron James.

“Remember that dude that he left, that he didn’t want to be a sidekick or little brother to? Remember that? Remember that [Brian Windhorst]? Remember that [Monica McNutt]? I happen to know he’s calling LeBron these days. Isn’t it beautiful how the world turns? There was once a soap opera called ‘As the World Turns.’ It’s ‘As Kyrie Turns.’ That’s the soap opera. We’re gonna hold onto that one all summer long. This is where he’s at.”

Later in the segment, as part of the latest in what has been about a thousand impassioned rants from Stephen A. about Kyrie in the past couple years, Smith was talking about how loyal Kevin Durant has been to his teammate during all of the vaccine mandate drama and mocked Irving for calling up James. 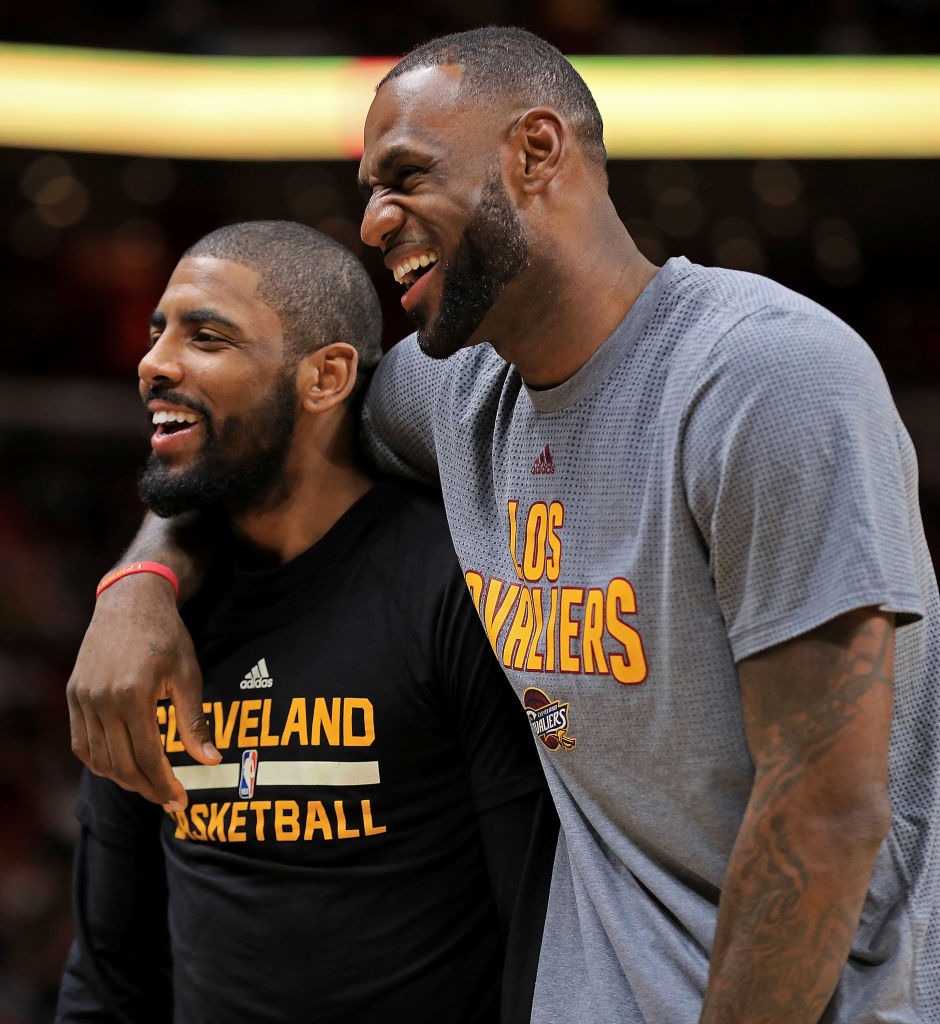 LeBron James and Kyrie Irving won the NBA title together on the Cavs in 2016.Getty Images

“We all know there’s nothing BUT ammunition for K.D. to throw you under the bus, and he has not done it,” said Smith, speaking directly to Irving as if the guard is the audience for the show.

“The same brother that you went on a podcast with a couple years ago and you said, ‘It’s nice to be with somebody where it’s the first time in my career where I ain’t worried about someone taking the last shot instead of me’ — which was clearly a shot at LeBron, who, by the way, you’re on the phone with now looking to reunite with!”