Stephen A. Smith is furious with Celtics for handling of Ime Udoka scandal Stephen A. Smith has a problem with how the Celtics are handling Ime Udoka.

The Boston head coach is facing a suspension that could be as long as a full season after he was implicated in having a consensual affair with a team employee, a violation of the organization’s guidelines. Smith took aim at the Celtics for releasing this information to reporters, and included race in his commentary.

“I got news for you America: There are plenty of white folks in professional sports that’s doing their thing. And I say that not complimentary,” Smith said. “I don’t see the information out about them. Why are we talking about this now? We gotta talk about it because it’s the news. Ain’t none of our damn business, unless you fire him. 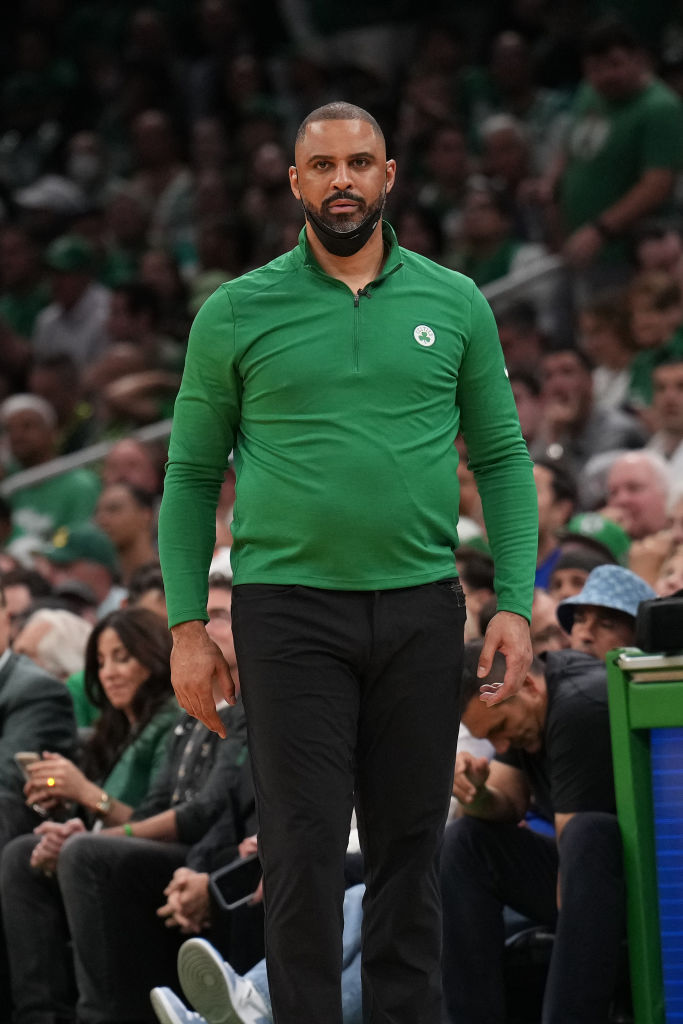 Ime Udoka is facing up to a full season suspension for having an affair with a Celtics employee.NBAE via Getty Images

“But if you keep him, it’s none of our business. It should’ve never been put out there by the Celtics organization — and don’t tell me you didn’t do it! Because you absolutely did it — because news reporters did it. So, it emanated out of Boston. Somebody ain’t in L.A. or Utah or something leaking this stuff about the Boston Celtics. This is on y’all. It shouldn’t have been out here. That’s what I have to say.”

At the outset of the show, Smith did not let Udoka off the hook.

Smith nonetheless berated the Celtics organization, saying he “can’t count the amounts of fraternization or dare I say more that goes on in practically every organization in NBA, NFL and MLB — people get together, they working together, that stuff happens all the time.” 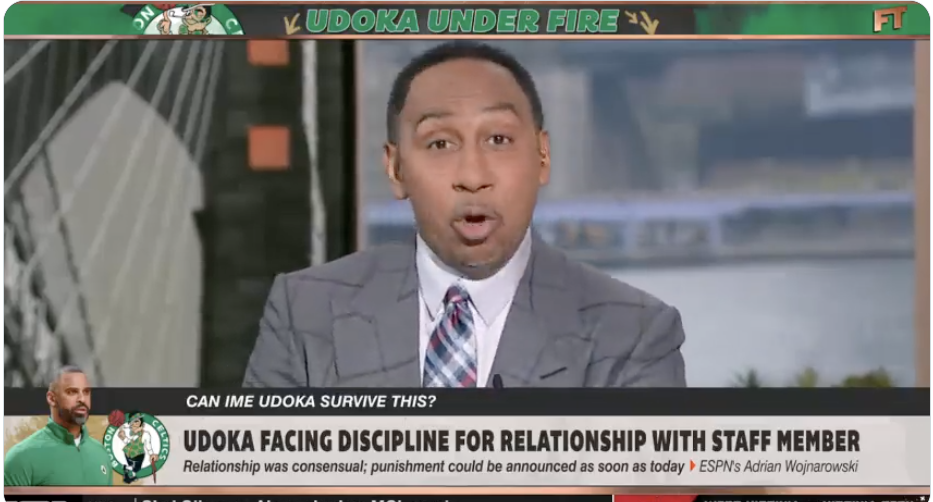 Stephen A. Smith ripped the Celtics for leaking the news of Ime Udoka’s affair.ESPN

He reiterated that this didn’t “excuse anything” from Udoka, but harped on the Celtics for allowing the information of Udoka’s consensual relationship to get out there.

“I’ve got a problem that an in-house matter, that has nothing to do with the ball on the court, is being publicized. Leaked. Publicized to the masses. It’s none of our business,” Smith said.

Smith ripped the idea of a suspension, saying that Udoka should’ve been fired or retained, and nothing in between.

Smith also said that Udoka would have to answer to “more than the Boston Celtics” — and named his girlfriend, Nia Long, indicating that the Celtics coach will be facing some heat at home. Michael Kay could end up on Apple’s Aaron Judge...