Early in the spring, St. John’s began to forget about the disappointing season that had just passed. There was reason for optimism after the Red Storm scored big on the transfer market.

And those two players — Andre Curbelo and David Jones — continued to show Tuesday night why they were worthy of the hype.

The two transfers came up big, leading St. John’s past Syracuse, 76-69 in overtime, and to an Empire Classic title at Barclays Center.

Jones sank a pair of huge jumpers in overtime and Curbelo put it away by hitting a layup and setting up a Jones 3-pointer. St. John’s improved to 6-0 for the first time since 2018-19, rallying from a significant first-half deficit for the third straight game. 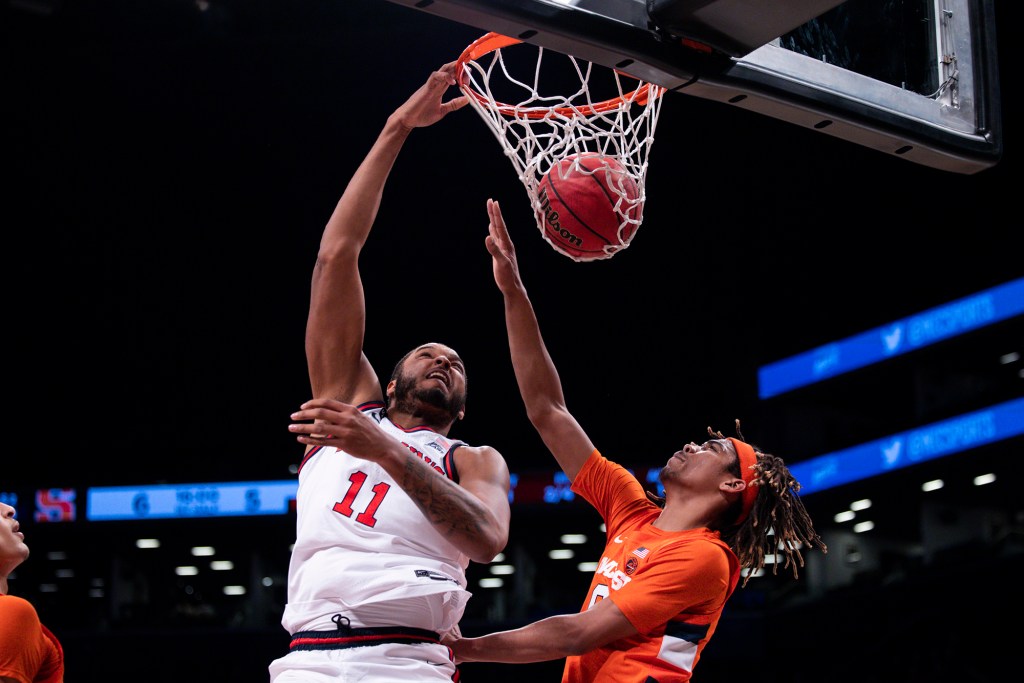 St. John’s put together a furious 16-2 second-half run in which it held Syracuse without a point for a stretch of 4:20 and went up by four on two Mathis free throws with 8:17 remaining. On multiple occasions, St. John’s missed easy shots around the rim that would’ve created a bigger cushion, and Syracuse evened it up at 65 with 1:33 to go on Jesse Edwards’ layup. Neither team could score the rest of regulation, trading a shot-clock violation and poor possessions in the final seconds to force overtime. 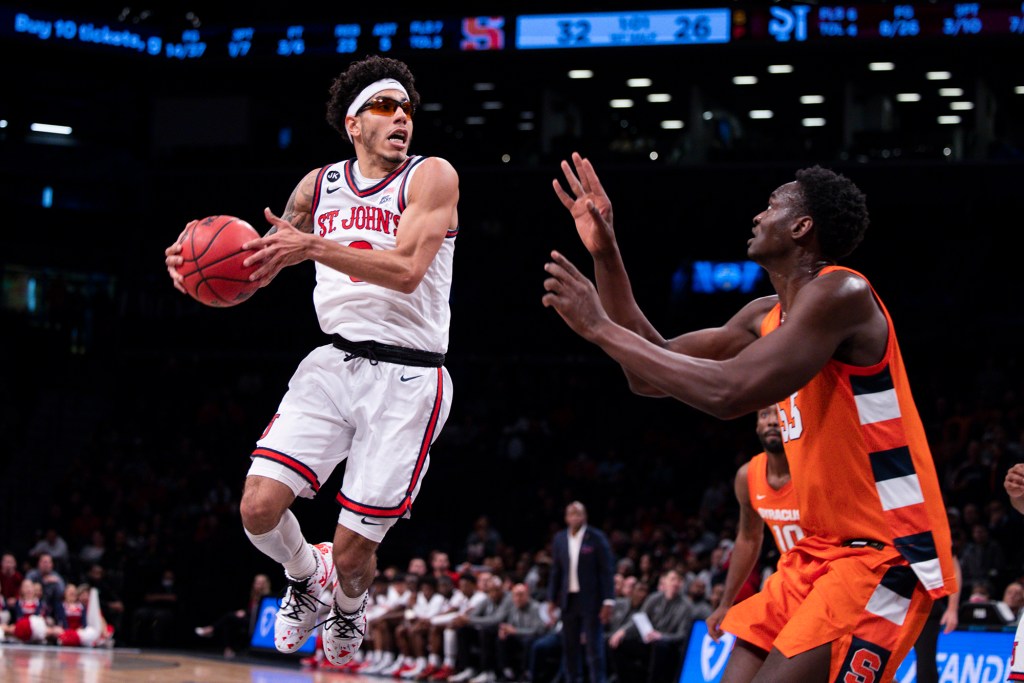 Andre Curbelo scored 23 points for St. John’s in a win over Syracuse.Corey Sipkin

Continuing a concerning trend, St. John’s again started the game as if it were in quicksand. The Red Storm missed 14 of their first 16 shots and trailed by 11 less than midway through the opening half. They struggled mightily against the Orange’s 2-3 zone. They tried to use both Alexander and Curbelo in the middle of the zone, and the result was turnovers or blocked shots. The game was played at Syracuse’s methodical pace, enabling the Orange to set up defensively.

St. John’s forced just three turnovers in the opening half, and didn’t use much pressure. Mintz had his way against the Red Storm, frequently driving into the paint for easy opportunities en route to a game-high 16 points at the break. Still, St. John’s was only down six at halftime, and would have been closer had it not been for nine first-half turnovers, many of which were unforced. 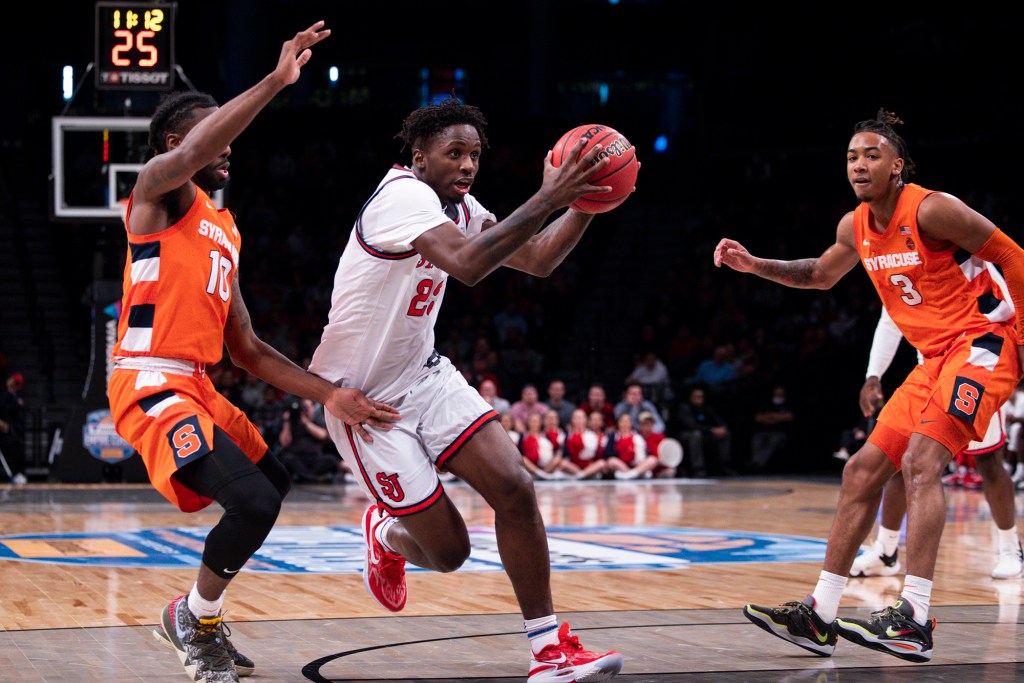 David Jones drives to the basket for St. John’s against Syracuse. Corey Sipkin

The Red Storm trailed by just four after an Alexander basket inside with just over two minutes left in the first half and seemed to be building momentum. St. John’s, however, shot itself in the foot.

Soriano missed Alexander with an inaccurate outlet pass and couldn’t handle a brilliant feed from Curbelo. So instead of two easy baskets, the Red Storm had two consecutive turnovers. Then, they allowed Mintz to go the length of the court following a Curbelo 3-pointer for a three-point play in the waning seconds of the half.

St. John’s started the second half much like the first, and was down by 10 with just under 15 minutes left. But then that switch flipped, much as if did in wins over Nebraska and Temple.