Taking to her Instagram Stories on Sunday, the 26-year-old reality star documented her soggy afternoon at MetLife Stadium, where she supported her boyfriend, Jets receiver Braxton Berrios, as his teammate, backup quarterback Mike White, made his first start of the season following Zach Wilson’s benching.

“Everyone say a prayer for good weather,” Culpo remarked in an Instagram Story. 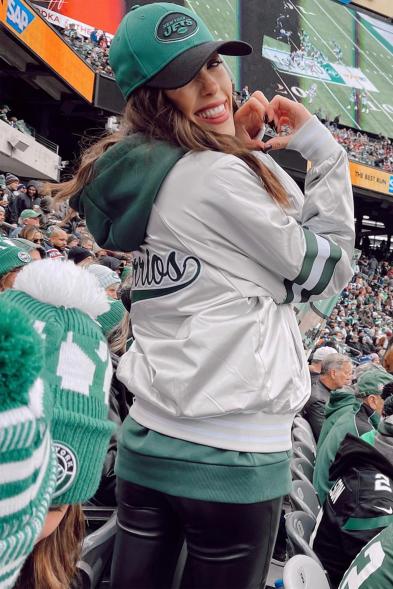 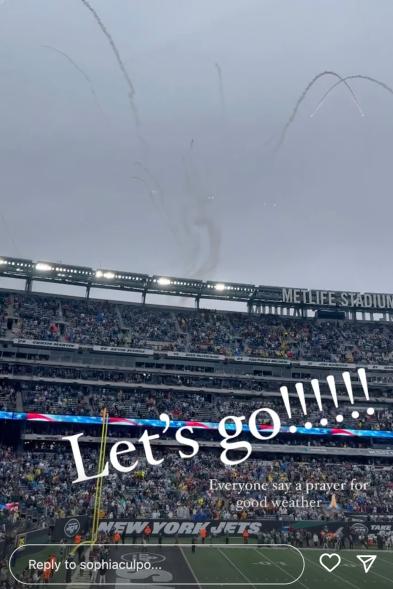 In a series of Instagram Stories on Nov. 27, 2022, Sophia Culpo documented her rainy day at MetLife Stadium. Instagram/Sophia Culpo

Despite a dreary day in the Metropolitan area, Culpo got to see the Jets improve to 7-4 on the season with a 31-10 win over the Bears.

White — who was named the starter last week after head coach Robert Saleh determined Wilson was in need of a temporary “reset” following a heavily scrutinized debacle in New England — was nearly flawless Sunday, completing 22 of 28 attempts for 315 yards, three touchdowns, and zero interceptions.

Culpo went on to celebrate the Jets’ victory by exclaiming, “LETS GO!!!!” in a separate Instagram Story. 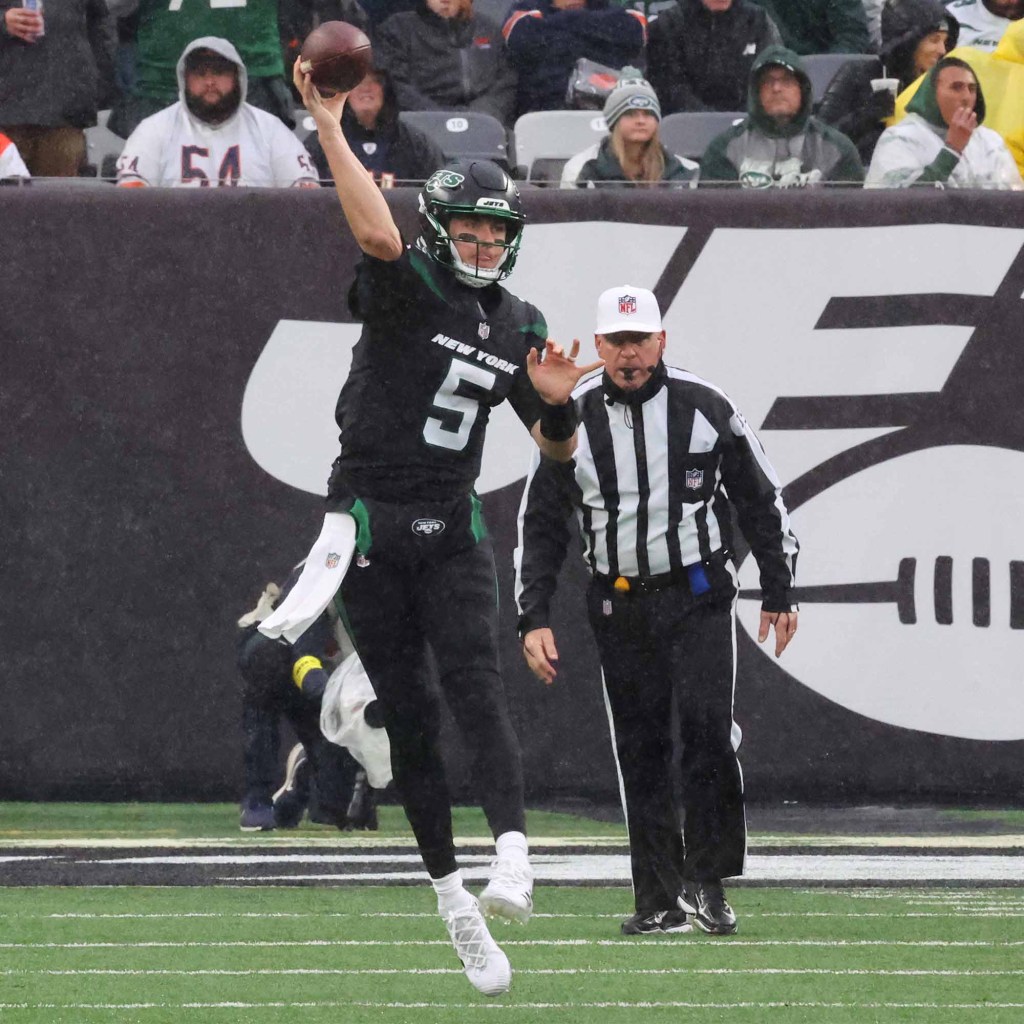 Jets quarterback Mike White throws the ball against the Bears on Nov. 27, 2022.Robert Sabo for the NY POST

It’s been an eventful month for Culpo, who not only celebrated her 26th birthday in mid-November but has been busy promoting her new TLC reality series, “The Culpo Sisters,” with older siblings Aurora and Olivia Culpo.

The show chronicles the trio’s life happenings, both professionally and personally, including Culpo’s relationship with Berrios, 27. In fact, the cameras were rolling when Berrios learned he would be returning to the Jets in March. 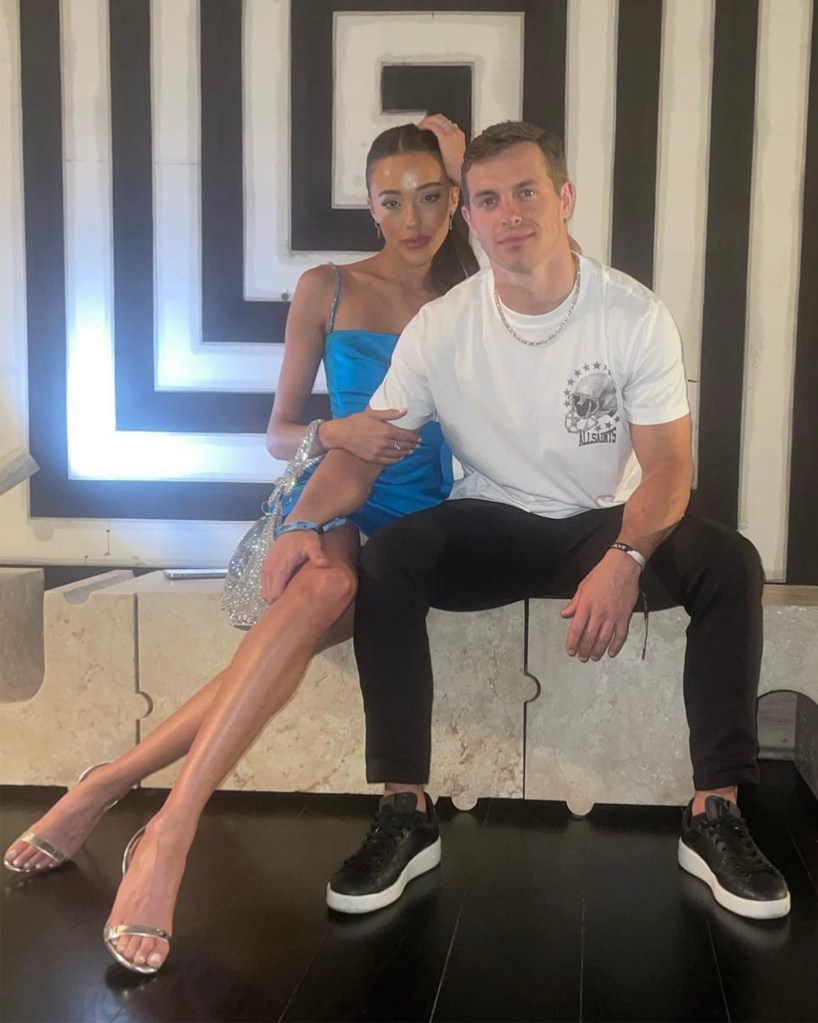 “The episode I’ve been most excited for airs tonight!!!” Culpo previously gushed on Instagram. “Such a special day with @braxtonberrios captured forever.”

Berrios re-signed with the Jets on a two-year deal worth $12 million.